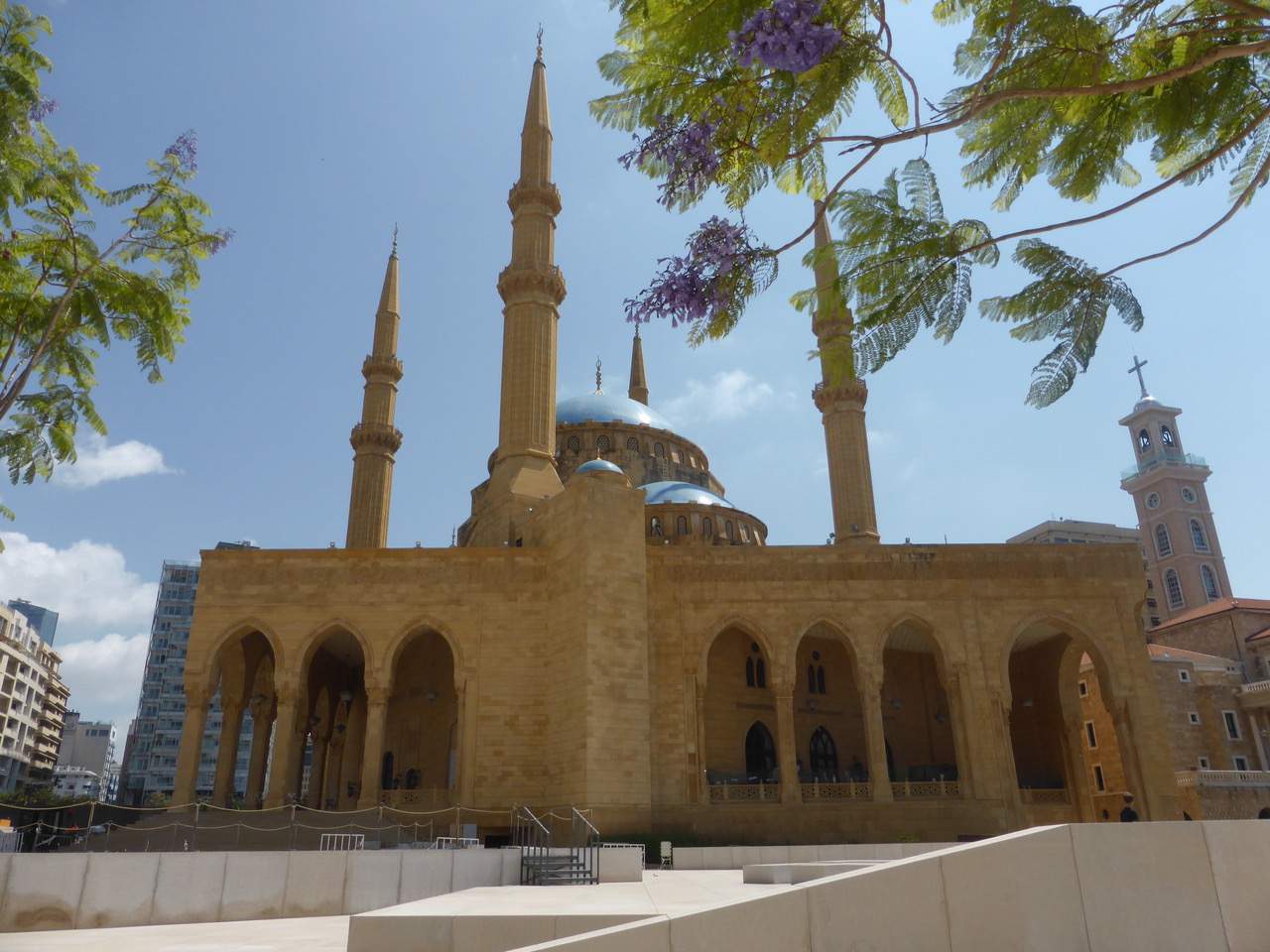 On his intrepid trek in the Levant the acclaimed writer William Dalrymple describes his crossing from Syria to Lebanon in 1994, just four years after the end of the civil war. Struck by signs of a glitzy lifestyle already springing up beside bombed-out Beirut skyscrapers he writes, in his compelling travelogue, From the Holy Mountain:

Armageddon I expected; but Armani I did not.

Things have of course moved on, and Beirut, the capital of Lebanon, has been shaking off its war-torn image and attempting to reclaim its pre-war sobriquet as Paris of the Middle East. It offers a mezze of cultural attractions, with museums, restored mosques and churches, a vibrant café and restaurant scene, some of the coolest nightclubs in the Middle East. The streets are still manic but there are stylish beach clubs to retire to – and panoramic pools atop glittering hotels. 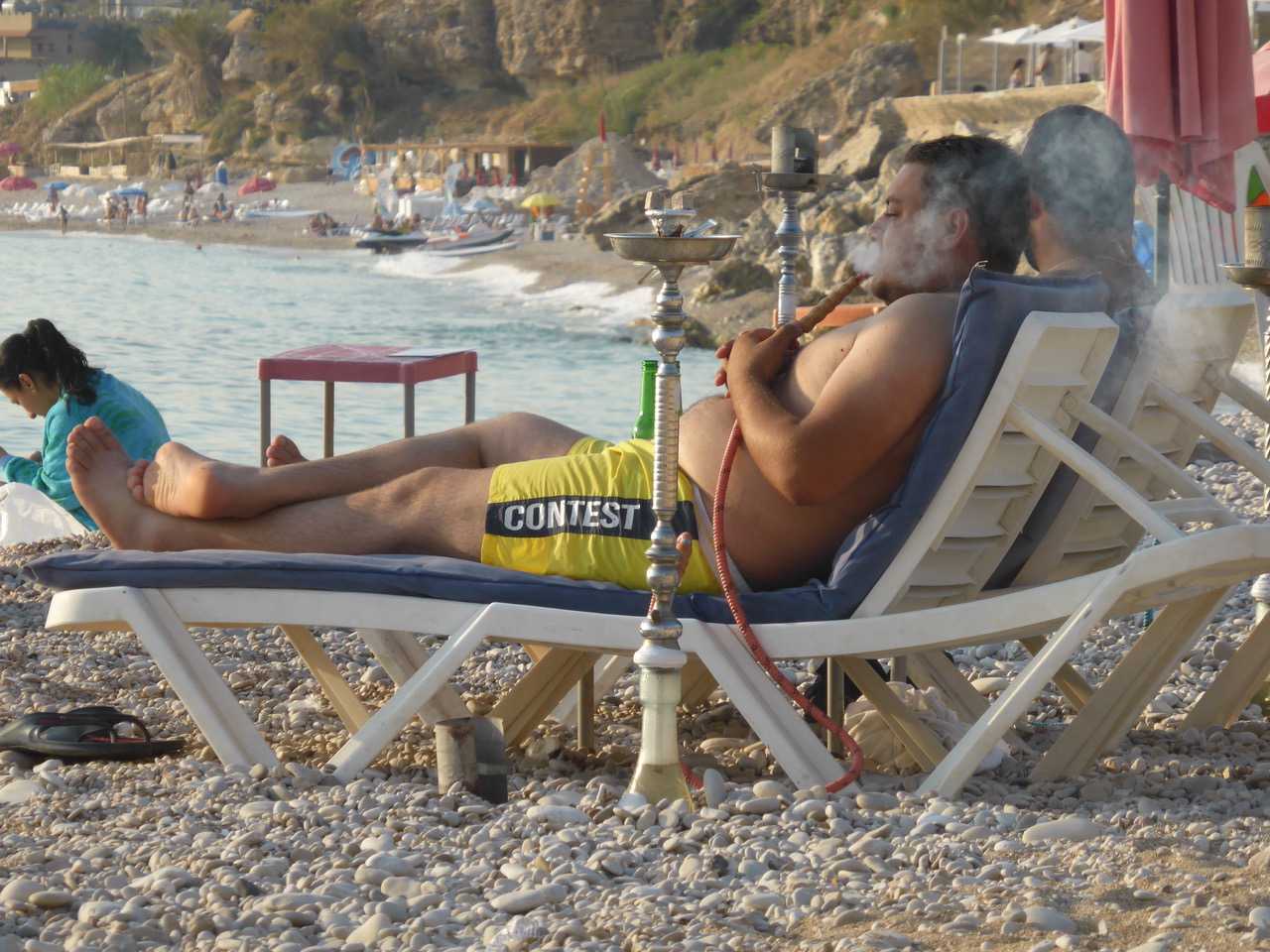 Hiring a hookah on the Beach (c) Susie Boulton

Is it safe to visit Beirut?

Lebanon currently sees no more than a trickle of western tourists, others discouraged by political turbulence. The UK Foreign Commonwealth Office labels the no-go zones – and these I avoided. Sadly the list includes some of Lebanon’s premier sites and notably the colossal and remarkably preserved Roman temples of Baalbek.

But the areas I did see were completely relaxed and unthreatening, with an apparent easy ethnic mix. In rebuilt Downtown Beirut you could be in any smart European capital – albeit with some restored Ottoman-era facades. There are glossy shops, sophisticated restaurants and stylishly-dressed Lebanese living life to the full. Go at sunset to the achingly cool rooftop Iris Bar, overlooking the Med, to witness the hedonistic lifestyle enjoyed by the youth of Beirut. 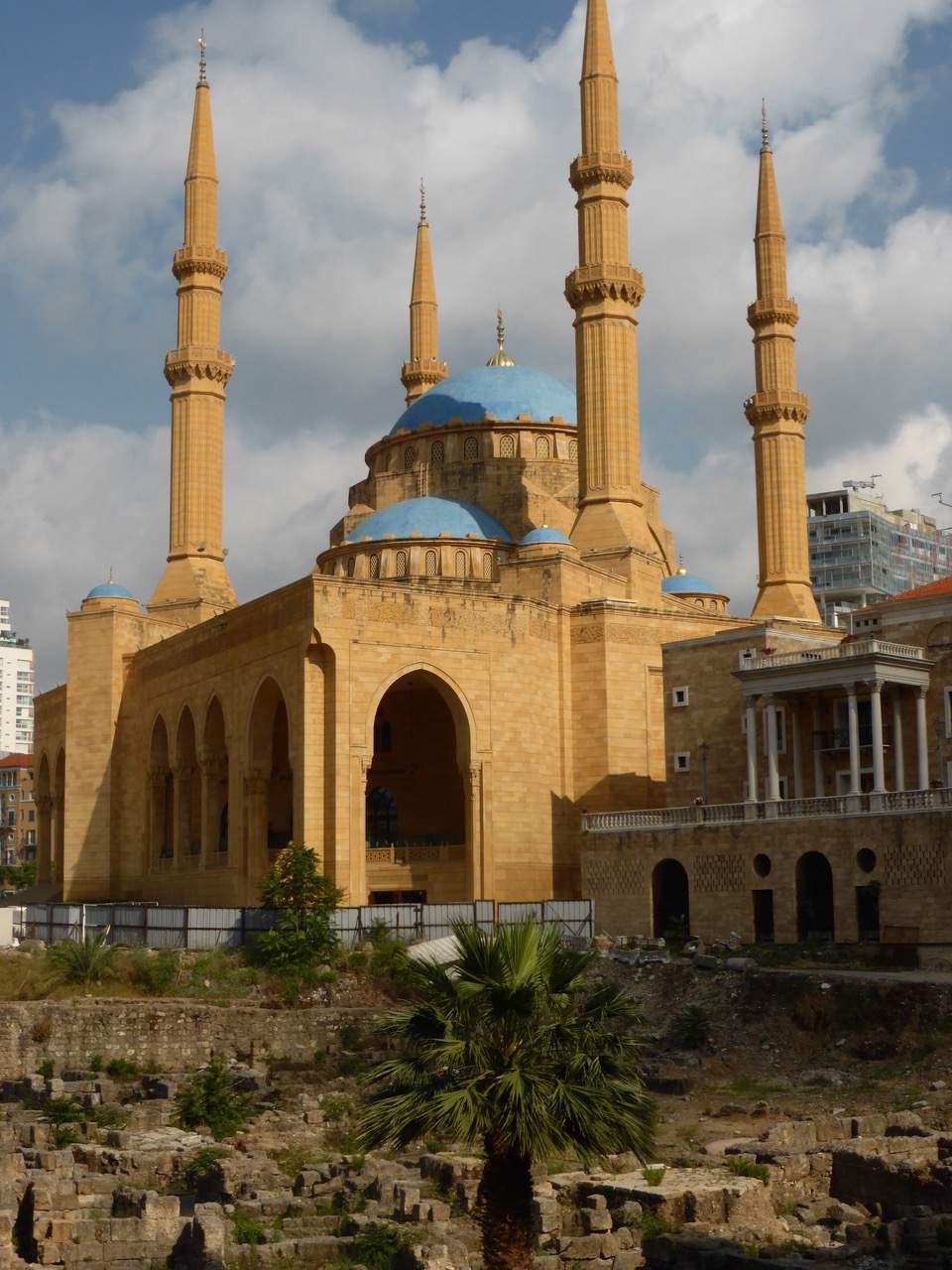 Beirut my sightseeing starts at the Muhammad Al-Amine Mosque, a city landmark with its dazzling blue dome and lofty minarets. Although I’m covered from head to toe I’m told to don a huge black-hooded cloak – a stark contrast to the scantily-clad Lebanese ladies shopping in the designer boutiques a stone’s throw away. 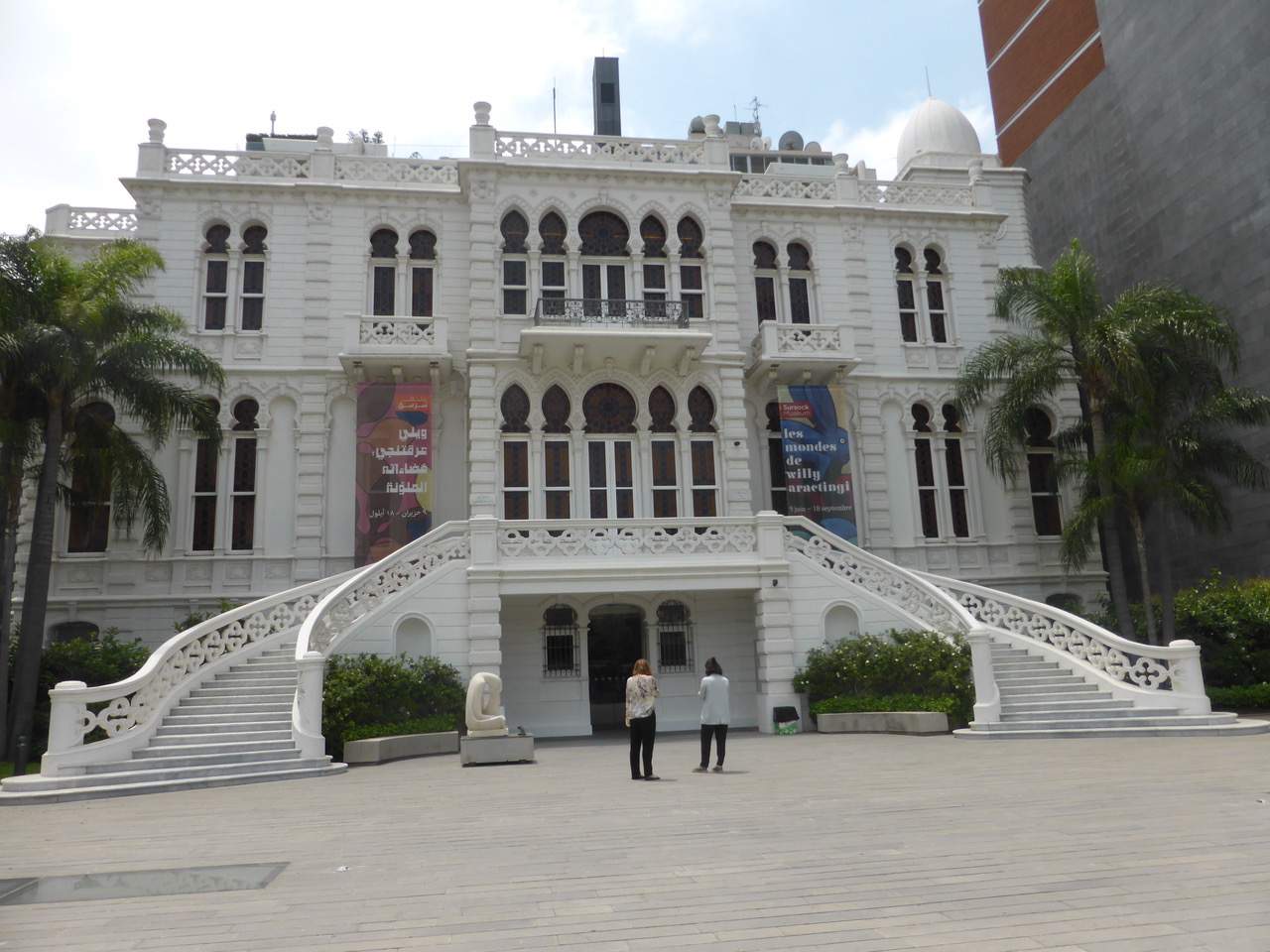 I head to Christian East Beirut to see the Sursock Museum in the affluent quarter of Achrafieh. This elegant Italian/Lebanese 1912 mansion reopened in 2015 after a major overhaul and is now a cutting edge 21st-century cultural institution, devoted to modern and contemporary art.

Directly to the south, and right on the former ‘Green Line’ separating East and West Beirut, is the National Museum, home to a superb archaeological collection, much of it heroically saved by staff from destruction during the civil war.

Special places along the coast

Lebanon is such a tiny nation you can base yourself in Beirut, and make excursions to other attractions. Jeita Grotto, 18km northeast of Beirut, is a colossal cavern of stalactities and stalagmites which would thrill even the most jaded speleologist. On the coast at Jounieh the Téléférique (cable car), dubbed the Terrorifique, climbs steeply up to the heights of Harissa. Here a striking white statue of the Virgin of Lebanon commands spectacular coastal views.

The ancient site of Byblos 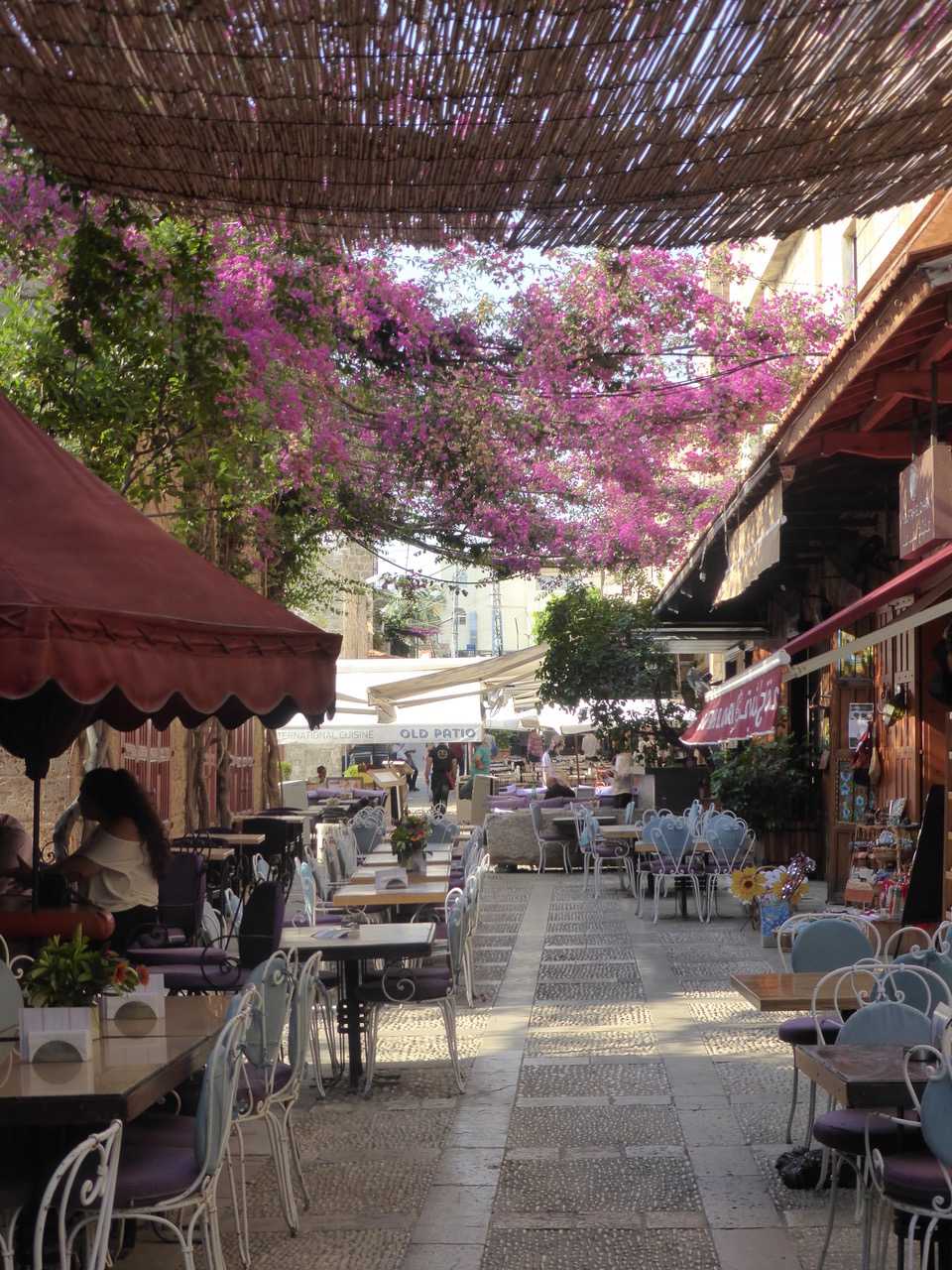 But the real highlight along the coast is the ancient site of Byblos, a picturesque fishing port, occupied by the Phoenicians and said to be the oldest continuously inhabited city in the world. I climb to the top of the Crusader Castle and explore the ruins of ramparts, temples and a Roman theatre, set amid wild flowers above the sea. 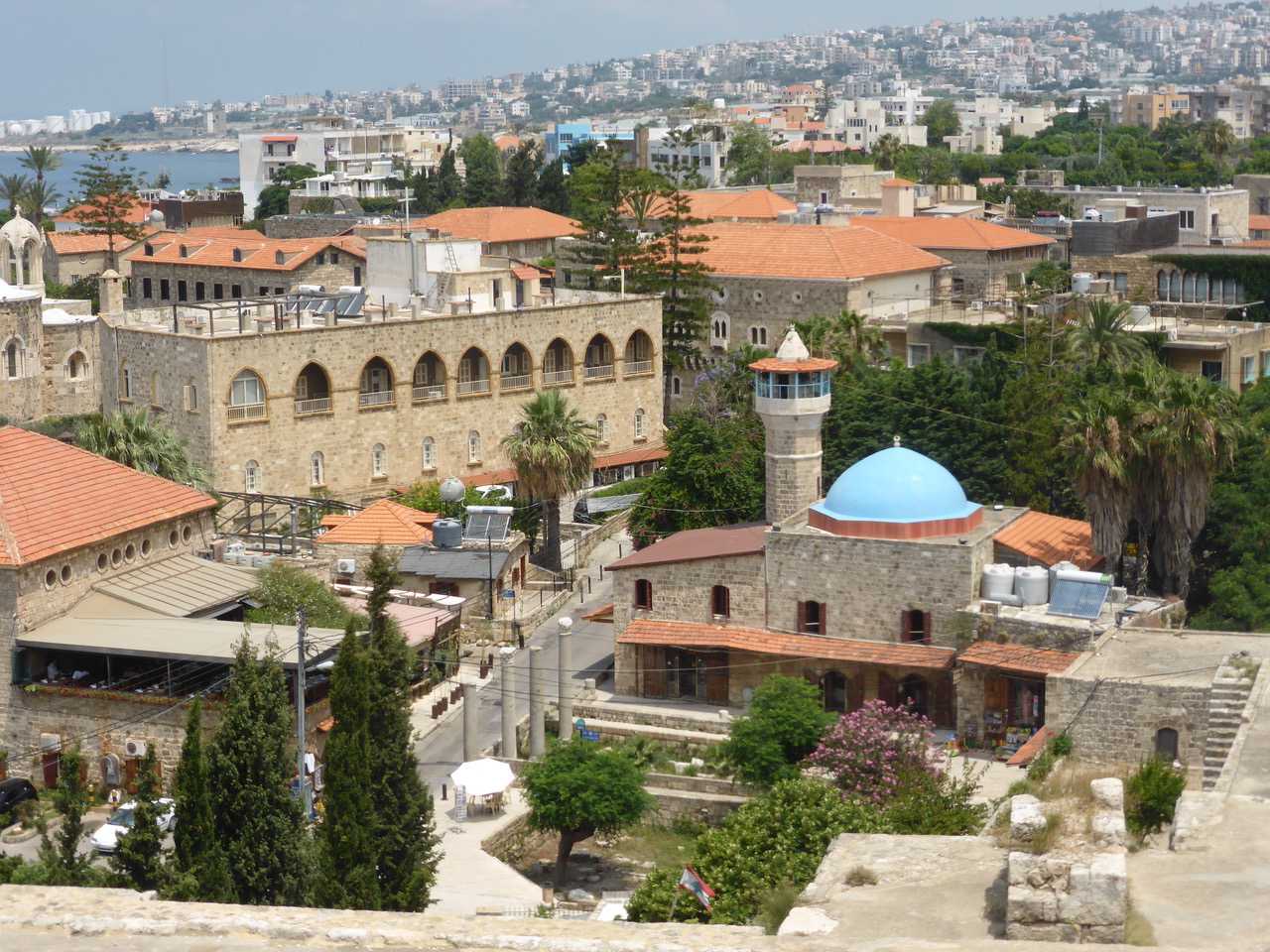 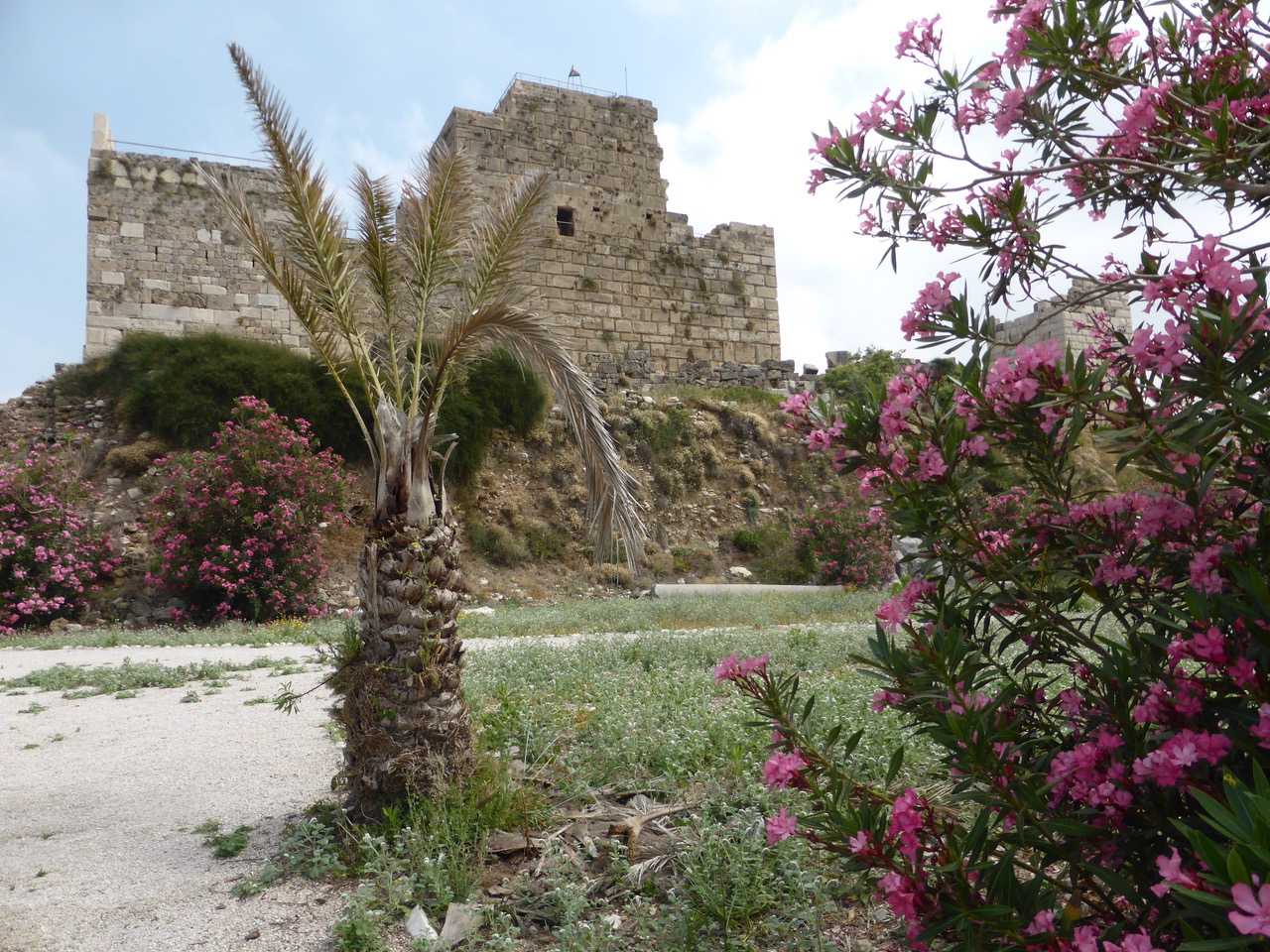 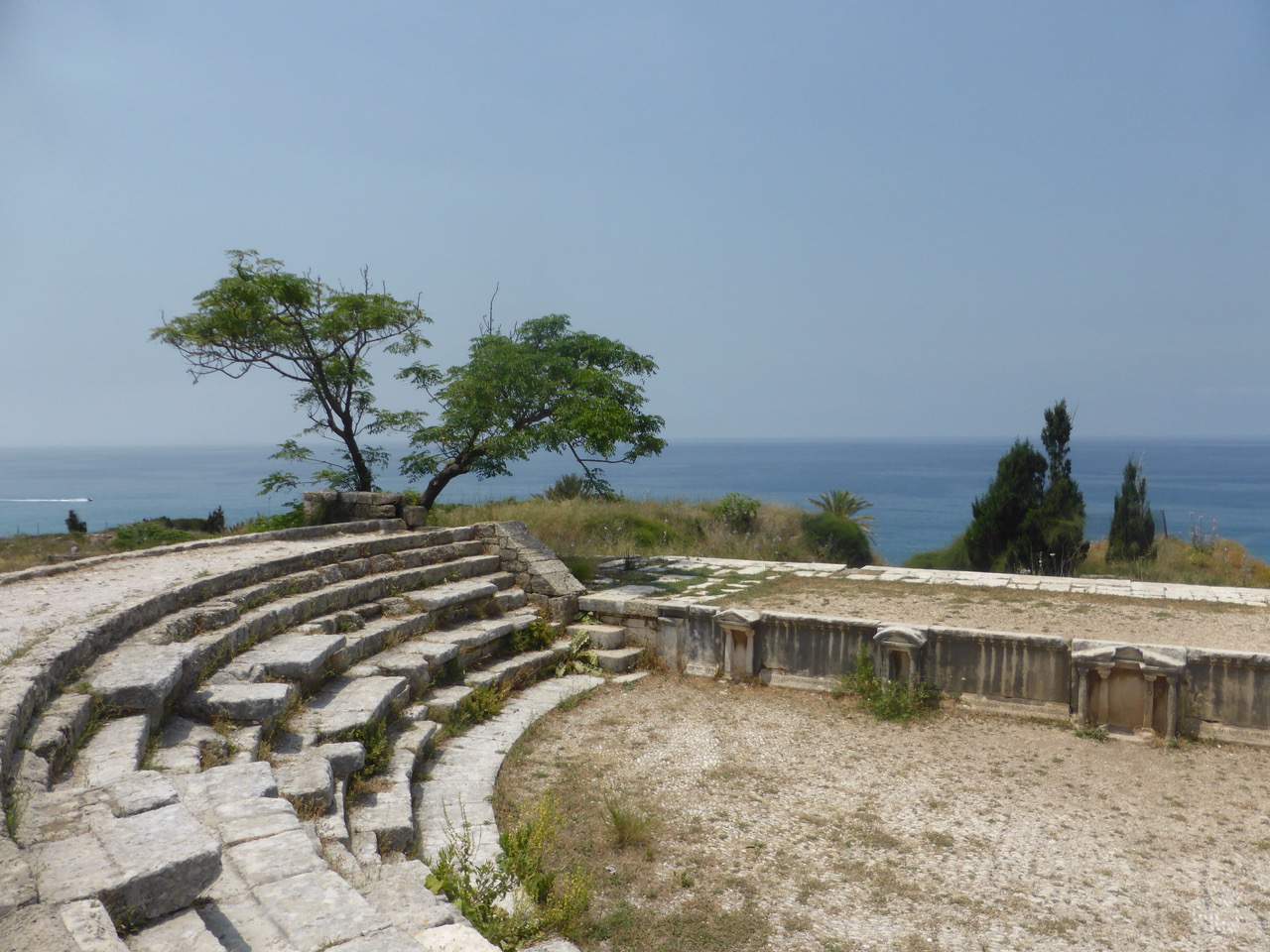 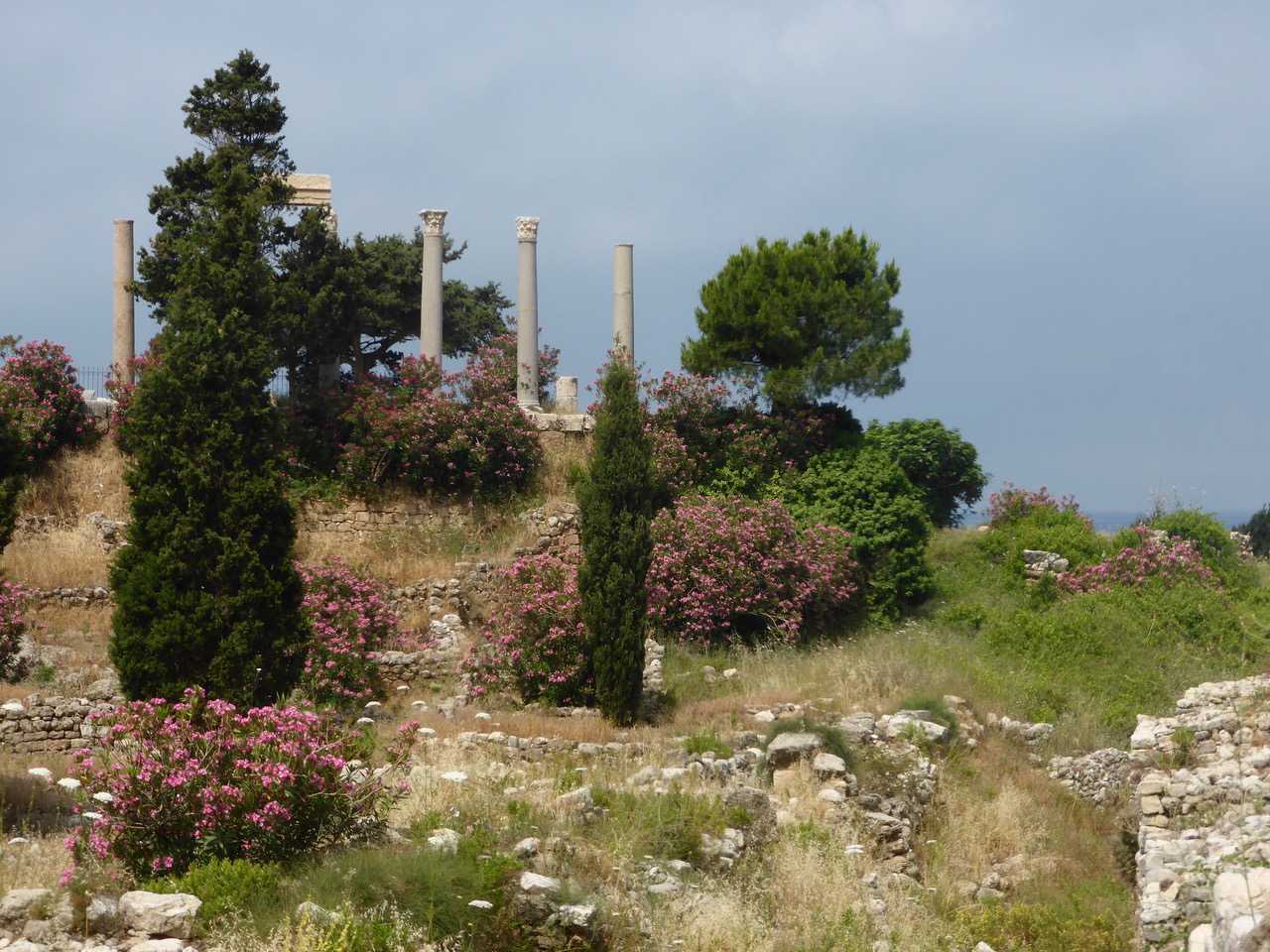 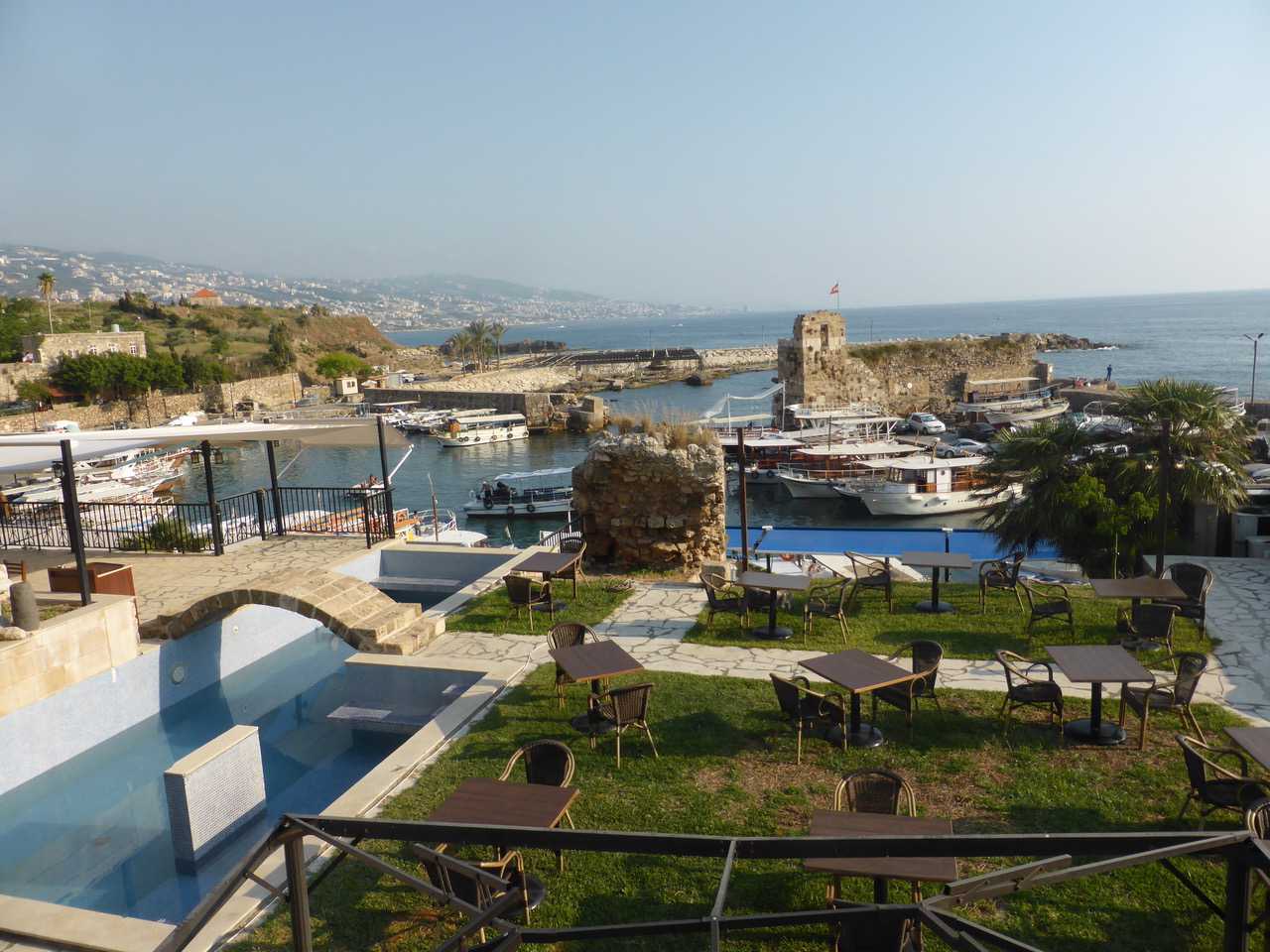 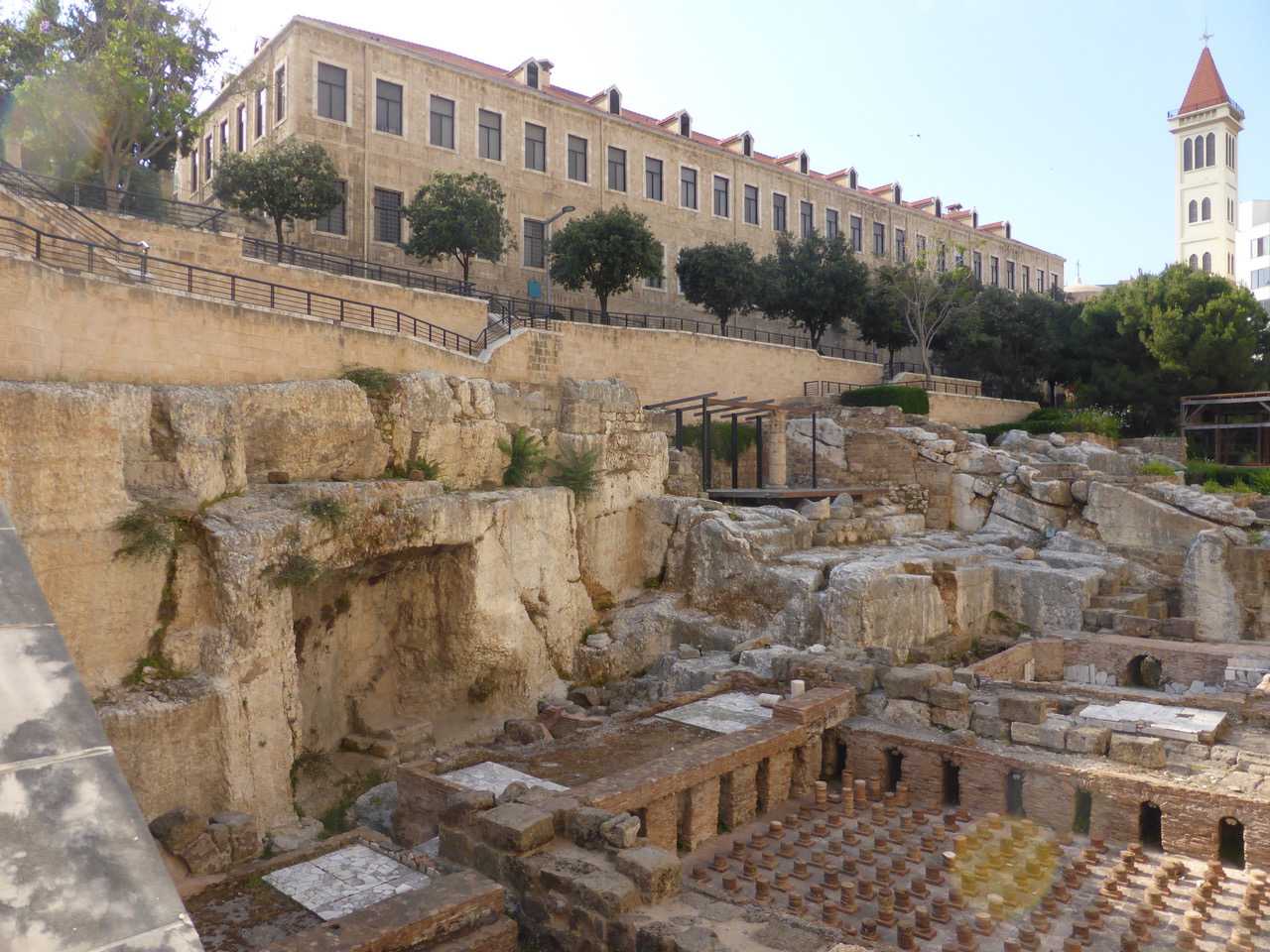 Then it’s time for the souks, sandy beaches, a sunset drink and a seafood meal on the terrace at Pepe’s, overlooking the port.

From Byblos I head inland through the scenic Qadisha Valley to the peaceful mountain town of Ehden, where Lebanese come in summer to escape the heat and in winter to ski on the Cedars Mountains’ slopes. I stay at the swish new Mist Hotel, above the town and built into the rocks. 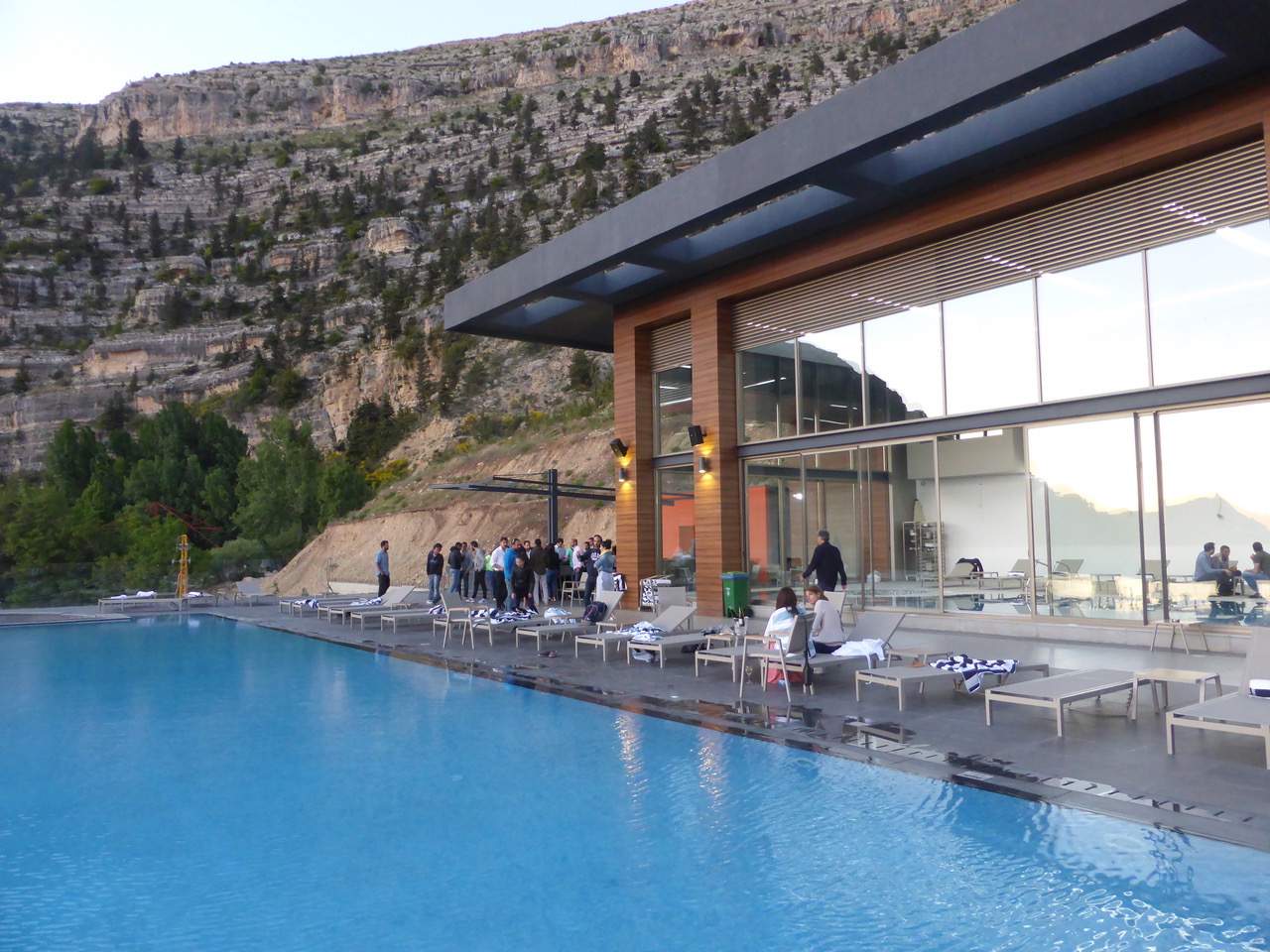 Soaking up the mountain scenery, in absolute tranquillity, and exploring Ehden’s beautiful nature reserve, it’s impossible to believe that this picturesque resort was the scene of a massacre, with around 40 deaths, between rival Christian factions during the civil war. 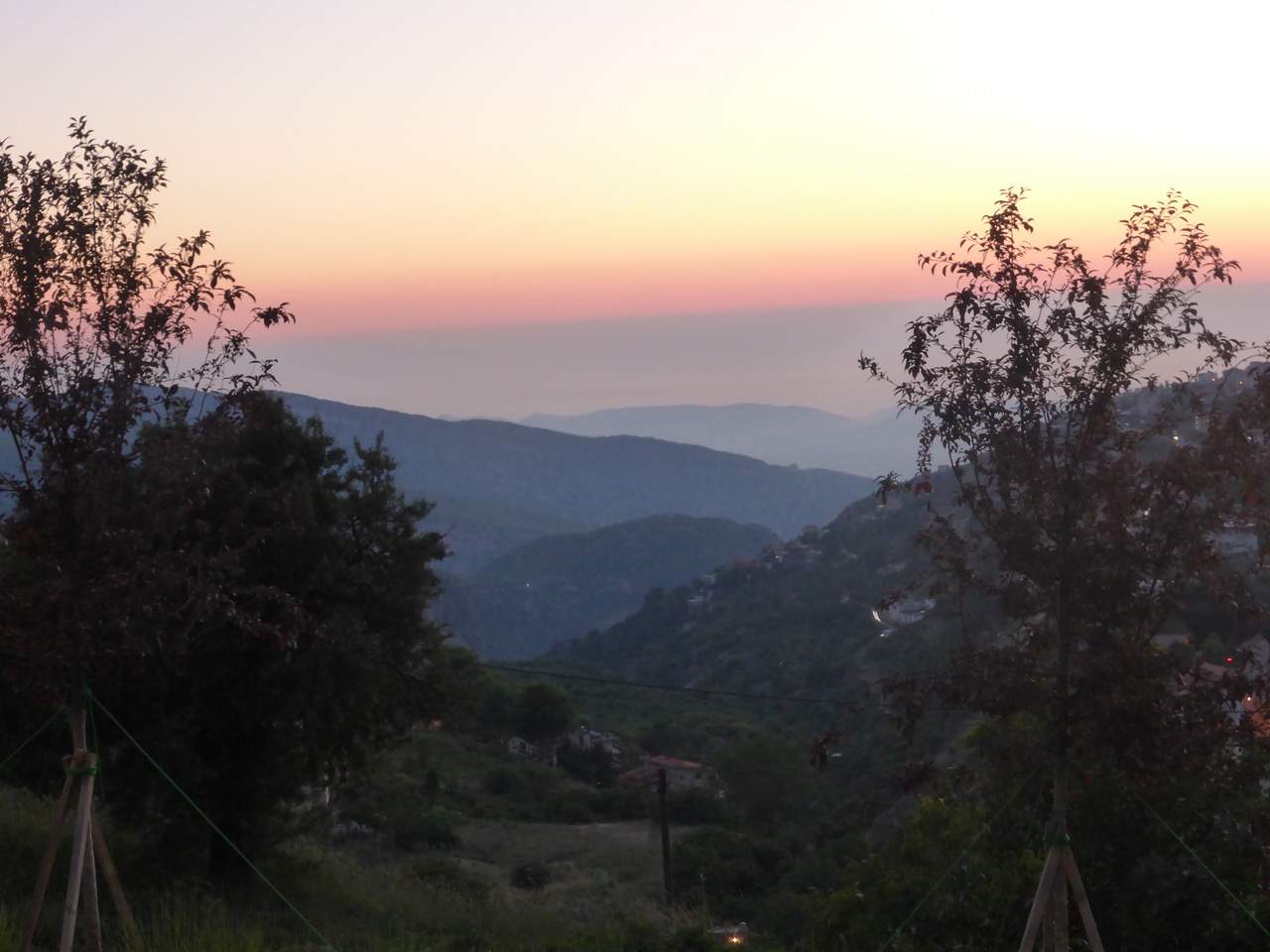 A stroll along the Corniche

My final day in Lebanon ends with a stroll along Beirut’s seafront Corniche, where locals come to jog, bike, socialize and see the sunset. Following the coastline the Bay Rock Café makes the perfect spot for a cocktail or nargileh as the sun sinks behind the iconic 60-metre high Pigeon Rocks, standing offshore like sentinels. 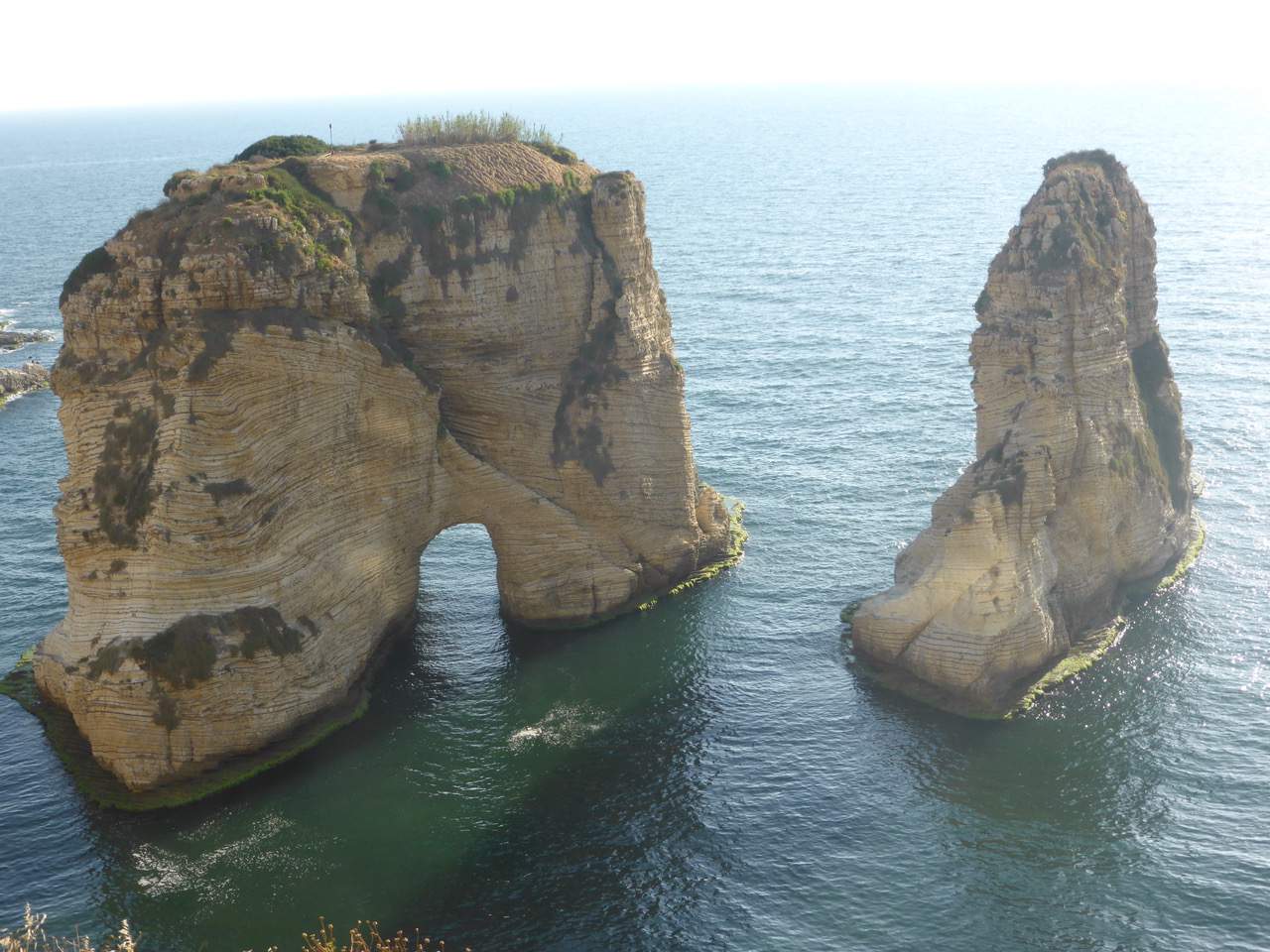 Heading back to my base I pass the lavish 5-star Phoenicia Hotel, a haunt of celebrities in the 1960s. Behind it rises the bullet-ridden Holiday Inn, built in 1974, just one year before it became embroiled in the ‘Battle of the Hotels’. Overlooking the city the disfigured facade stands as a monument to the city’s war-torn past. But there are plans to renovate or rebuild, perhaps into another glittering development, following Lebanon’s journey from Armageddon to Armani. 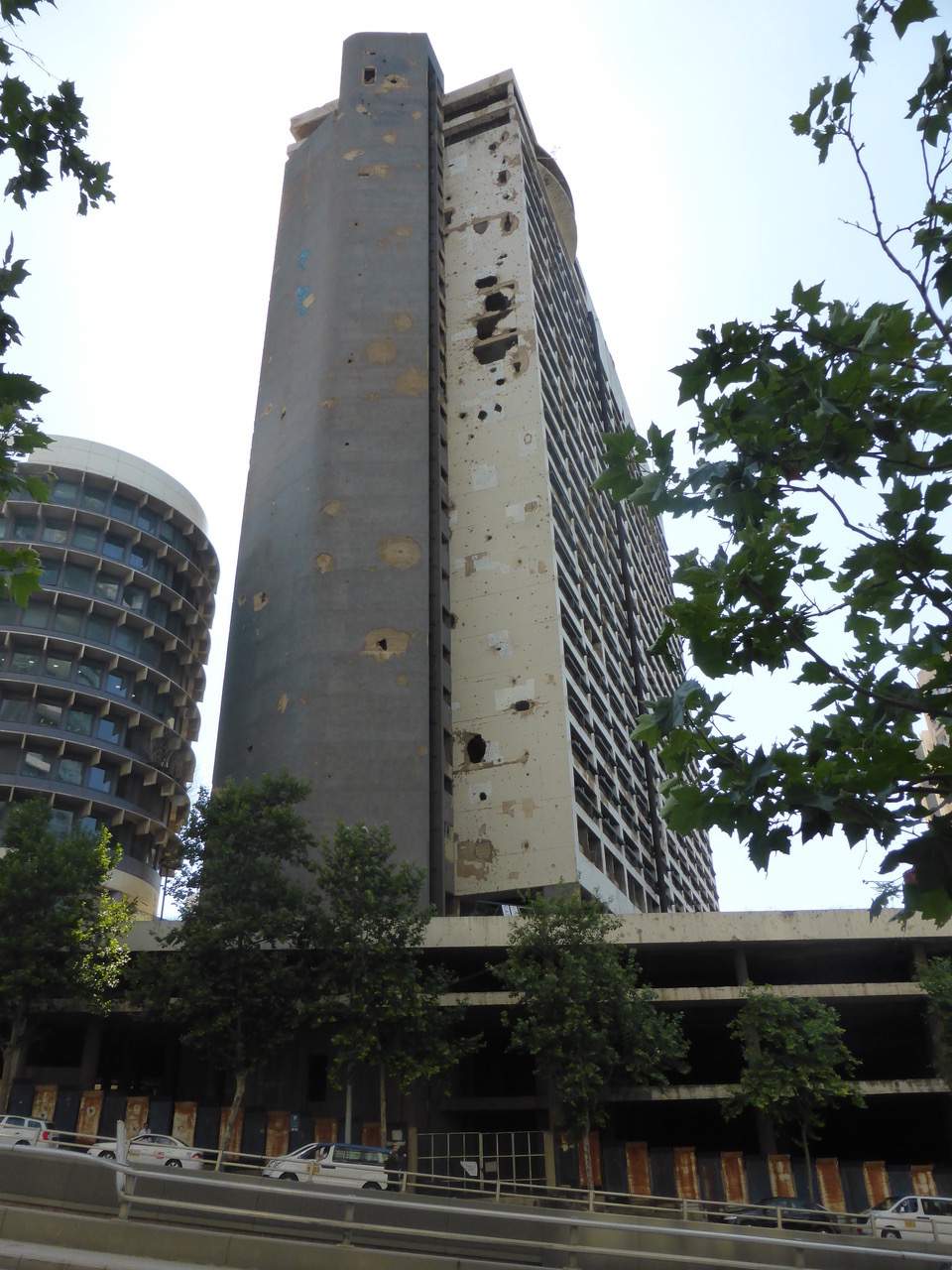 Stay: Beirut has no shortage of luxury hotels. The Four Seasons and the Le Gray are both well located and have rooftop pools and panoramic views. More intimate is Villa Clara, a chic boutique hotel in an early 20th century villa with fine works of art and excellent French cuisine. For budget travellers Lebanon has a growing number of hostels.

Getting Around: Hiring a car makes sense if you’re touring, as long as you have a good map and your wits about you. In Beirut and main towns take Uber or service (shared) taxis which can be flagged down in the street. The bus system is very complex for the uninitiated, with its lack of timetables and signs in Arabic. Non-Uber taxis are ubiquitous but may rip you off (particularly to and from Beirut airport) so agree a price first.

Eating Out: Life revolves around food and Beirut offers some of the best Levantine food – as well as a thriving cosmopolitan restaurant scene. Eating out doesn’t come cheap but there are ubiquitous falafel and shawarma stalls. In restaurants mezze – a huge array of hot and cold dishes – precede the main course but often form a meal in themselves. Typically these will include hummus, tabbouleh, fattoush (salad), mutabal (eggplant and tahini dip) and labneh (a creamy yoghurt-based cheese). For the main course expect mixed grill, chicken and lamb kebabs and kibbeh – morsels of minced lamb and bulgar wheat. Also fish and seafood, particularly on the coast. Dessert is typically fresh fruit or the sweet flaky Baklava, accompanied perhaps by Ahweh, strong thick Arabic coffee, or Arak, the anise-flavoured national drink (equivalent to Ouzo in Greece). 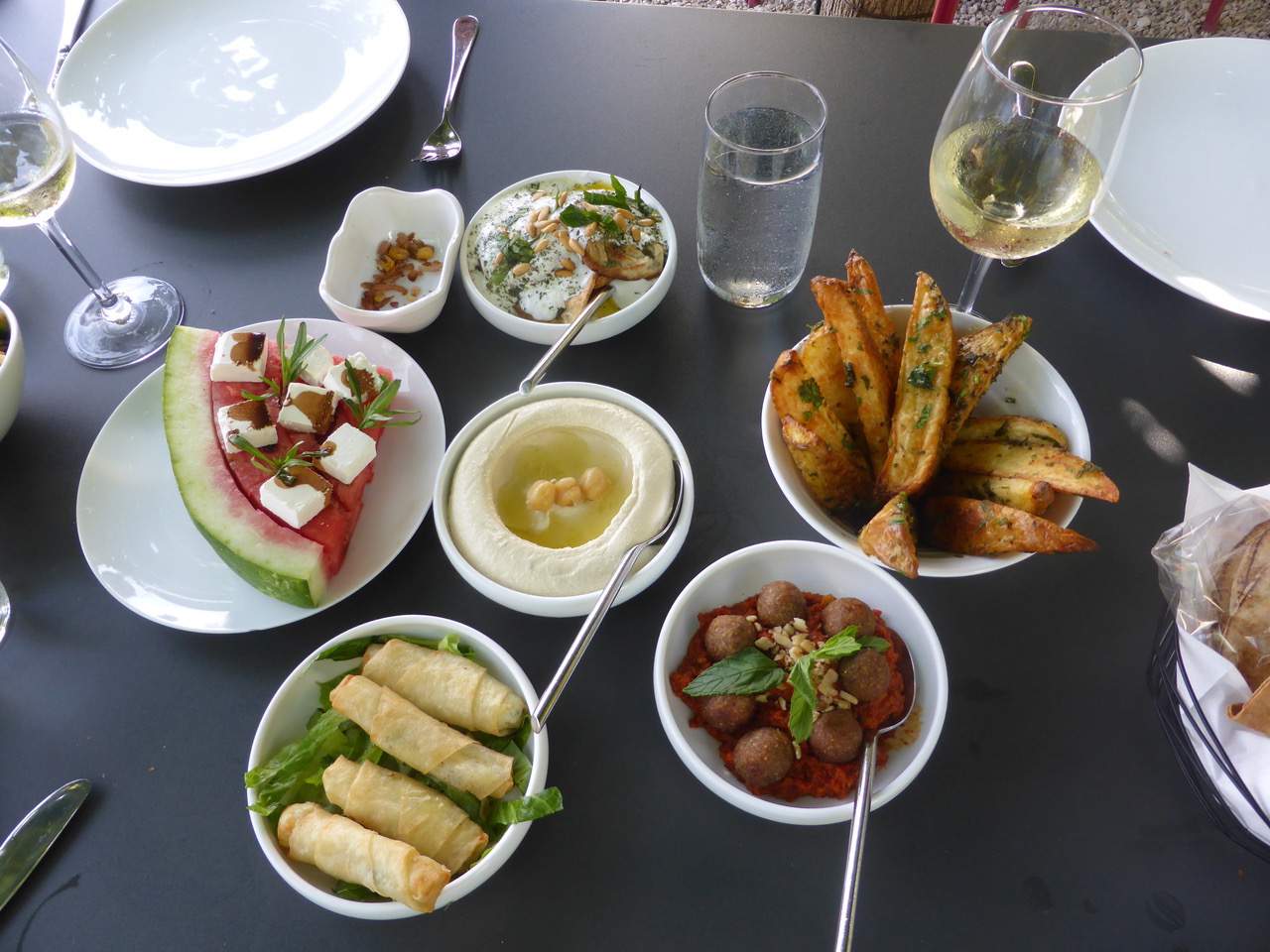 Currency: The basic unit of currency is the Lebanese pound (LBP), also referred to as the Lebanese Lira. US dollars are accepted in most places.

Language: Arabic is the national language, French is widely spoken though among the young English is the preferred second language. Don’t expect taxi drivers to speak either.

More Info: The Mnistry of Lebanon

Siesta and Go: a new nap bar opens in Madrid