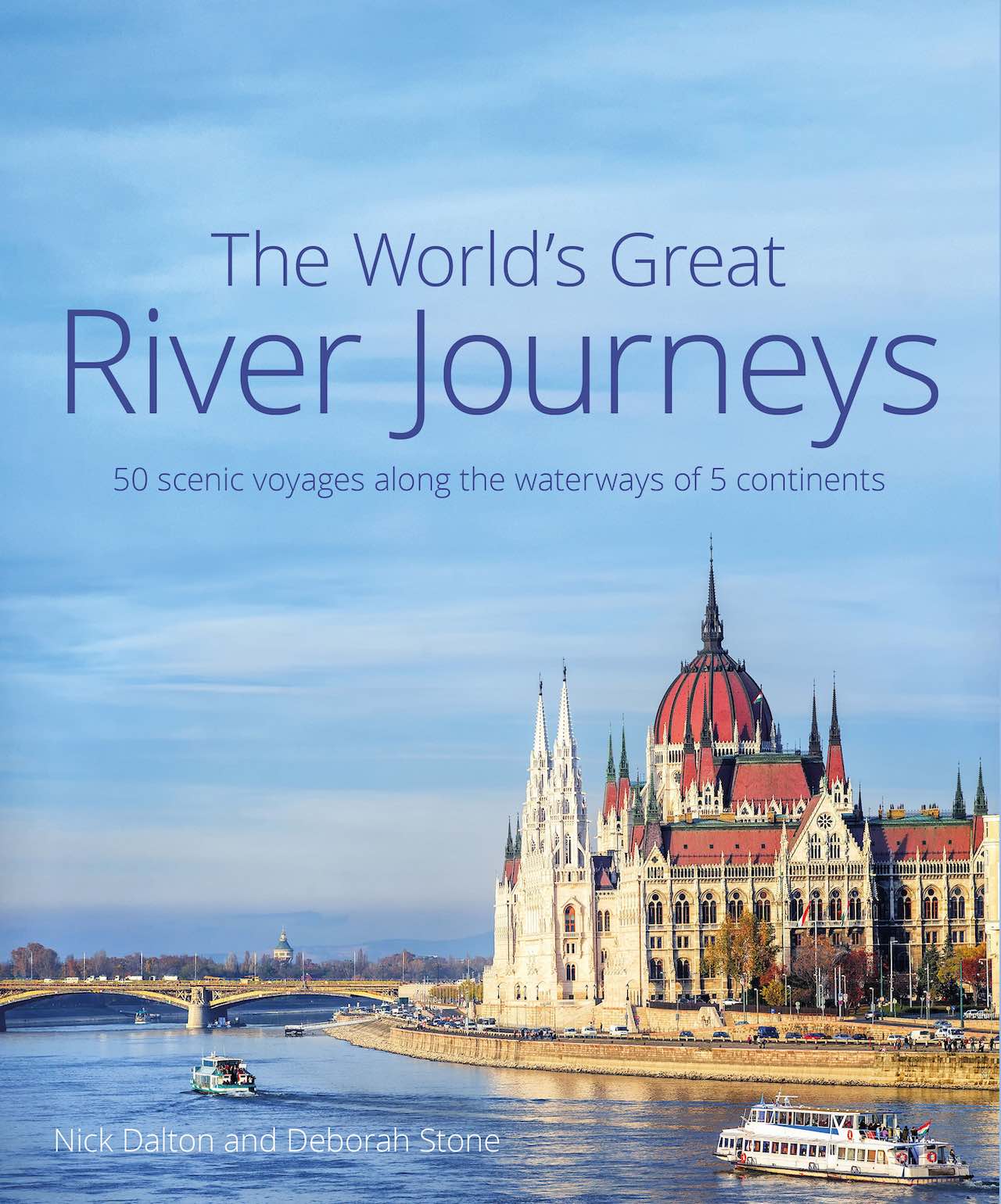 The World’s Great River Journeys: 50 Scenic Voyages Along The Waterways of Six Continents by Nick Dalton and Deborah Stone

There’s something about rivers that fascinate us. Where they come from. Where they go. And what you can see when you are travelling along them. Because of that river cruises have now joined ocean-going trips as the holiday boom of the 21st century, companies building new ships by the dozen to keep up with demand. This book, however, takes us farther than that. It tells us about the journeys that we can take, from the classic rivers of Europe to distant spots such as China and even Australia. But it also tells us about the journeys of the rivers themselves, from where they pop up to where they go splashing happily into the sea.

And as a 200-page coffee table tome packed with photos it only makes us want to explore even more. Many river cruise brochures and websites concentrate simply on places that ships call, but here we get a more immersive experience, telling us what we’re going past and other facts that ripple beneath the surface.

The Danube, for instance, doesn’t only tell us about the stretches that cruises operate, it tells us where it starts (in the Black Forest) and points out unusual sights (the Danubiana Meulensteen art museum on an island-like peninsula near Bratislava for instance).

All the favourites are here – the Rhine, Mekong, Seine, Douro – but also lesser-known rivers that you can ride with mainstream international operators such as Hungary’s Tisza and the increasingly popular Ganges in India.

And then there’s North America, with delightful photos of paddlesteamers on the Mississippi and, more unusually, the Columbia with snow-capped Mt Hood looming in the distance.

What’s equally revealing is finding out about rivers that don’t open themselves up to luxury cruises but rather ferries, small boats or even canoes on adventure holidays. Africa and South America can be like that with rivers such as the Senegal and the Zambezi, and Venezuela’s Orinoco.

Wildlife, culture and history all come together around the globe. As a guide to where you might want to go on a river cruise, this is invaluable, conjuring up the magic of seeing a country (or often countries) from the inside out. And there’s a comprehensive list of river cruise companies and where they go – not to mention photos of the sleek ships of today in glorious locations.

But the book is more than that, offering a concise and thoughtful look at rivers from the Thames to the Amazon, yet always with the holidaymaker in mind.

“Where to go When” by DK Eyewitness: plan...