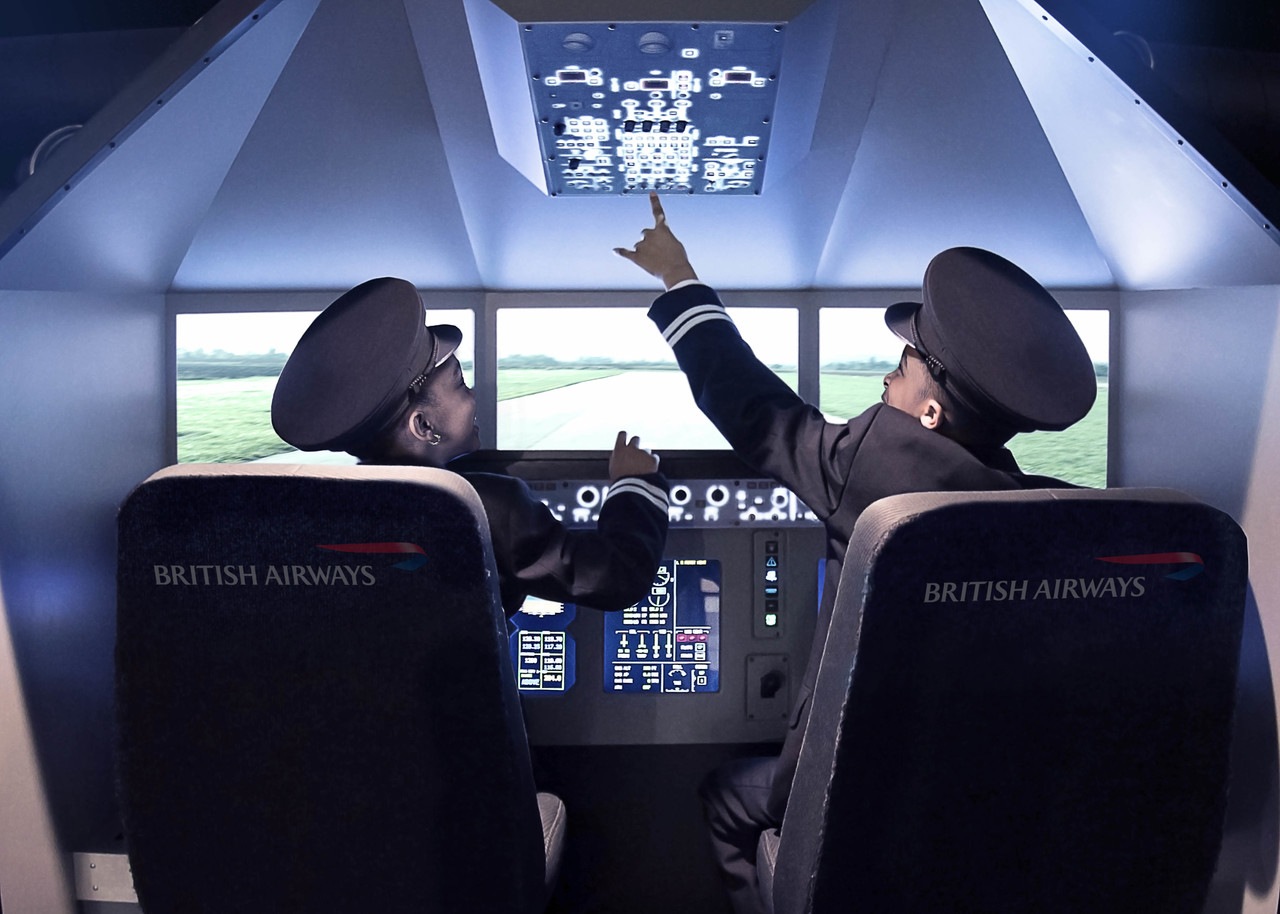 British Airways is encouraging its youngest customers to think about a career in flying this half-term and try out its Aviation Academy at Kidzania, in Westfield, London.

You will be greeted by a real British Airways A319 aircraft and a row of check-in desks.

Pilots of the future are given miniature uniforms to wear and receive lessons on flight simulators. Children can also learn the inflight safety demonstration and and all about British Airways’ customer service to friends and family.

The airline also wants to encourage girls to take an interest. With almost half the number of girls (46,250) as boys (78,750) choosing the pilot training option, it is clear there is more to do to make sure girls see that a career as a pilot is achievable. Although more than six per cent of British Airways’ pilots are women, double the national average, the airline is urging more to consider the profession.

When I got to my first induction day at my training school I was the only girl, that’s why female pilots at British Airways do so much to try and make young children, especially young girls, realise that this isn’t a pipe dream, this is actually something that they can do.

It’s fantastic that British Airways already has this partnership with KidZania, so we reach so many youngsters from different backgrounds, who may never have considered doing something like this before. It enables them have a vision of what they could potentially be.

The airline’s customers currently enjoy 15 per cent off their visit to the Aviation Academy.

For more info about opening hours and to book tickets visit KidZania.