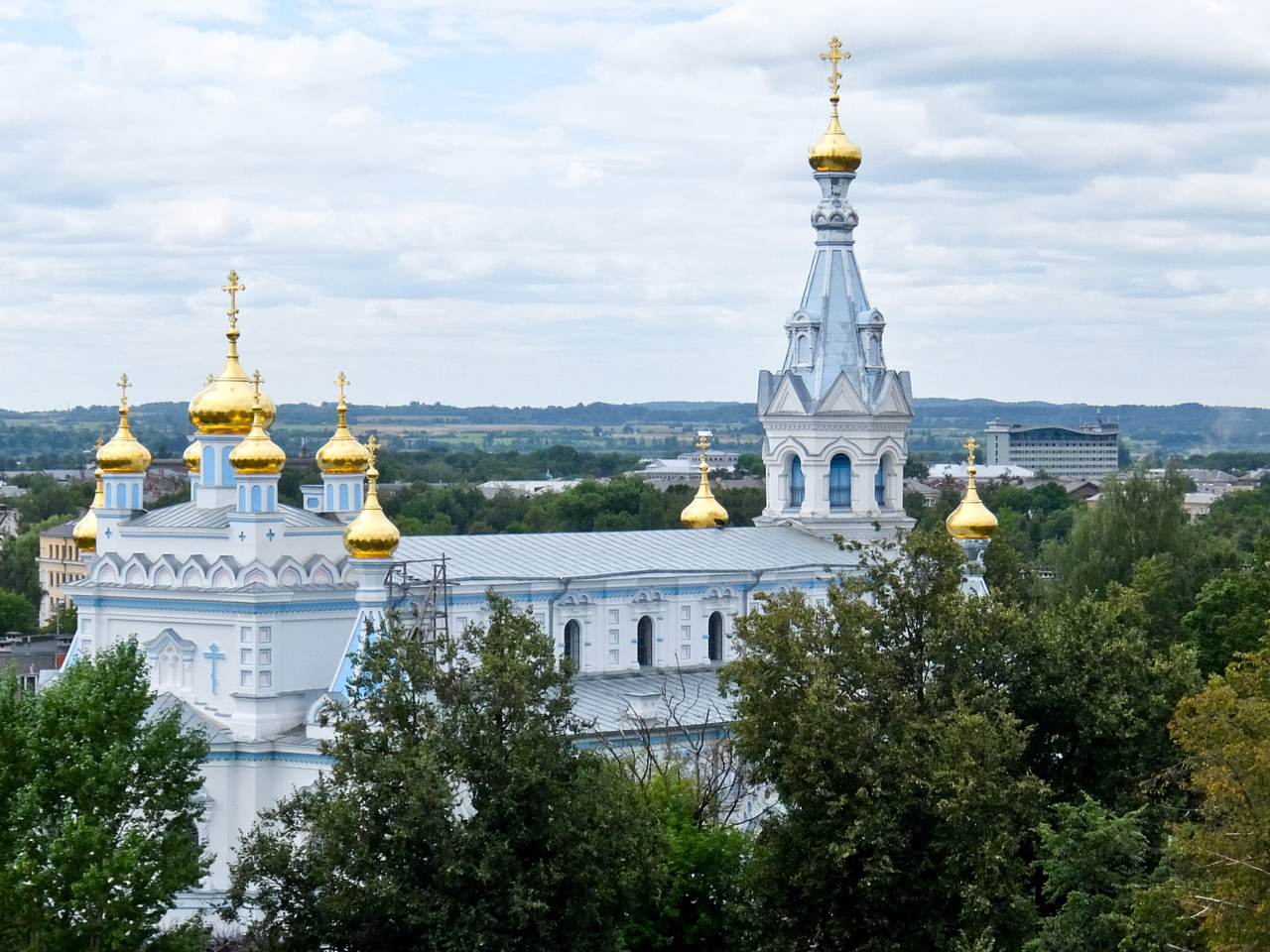 Latgale, meaning the “Land of Blue Lakes”, borders Russia, Belarus and Lithuania, so far from the capital that it still retains its own language.

Daugavpils is the capital of Latgale and is the second-largest city in Latvia although you wouldn’t really know it. It was founded in the 13th century as Dinaburg, then changed to Dvinsk before settling on Daugavpils around 1920.

Because of its strategic position between the Baltic and St Petersburg, it became an industrial powerhouse in the years leading up to WW1. People from all over the Russian Empire came to here to work and there are still a large number of Russian speakers.

These days its industrial heyday is long over and it makes a pleasant base to explore the unspoilt Latgale region. The present city was built in the early 19th century when the population was relocated to allow construction of the massive fortress. The buildings from that time display a strong architectural unity and the wide Daugava River splits the city into two. 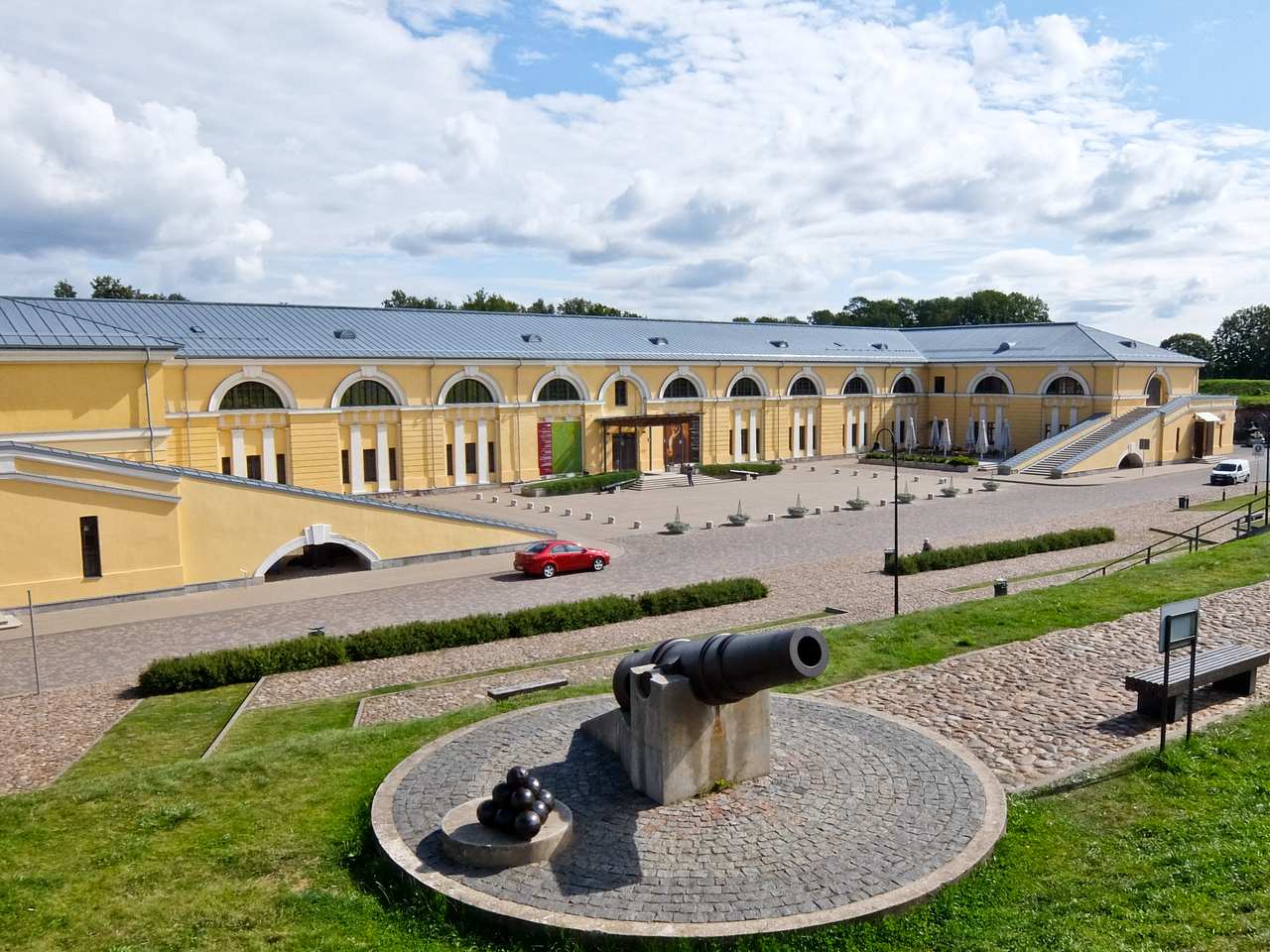 The extensive sprawling fortifications were started in 1810 as preparation for the imminent threat of invasion by Napoleon and became an important military centre for the Russian Empire.

In Soviet times it was used as an air force training school but this huge space fell into disuse. It’s in the process of renovation and its buildings house various museums as well as the Rothko Art Centre. The former stables, on the other side of the river, housed the Jewish Ghetto during WW2 and are still a functioning prison.

Mark Rothko was born in 1903 as Marcus Rothkowitz and lived in the city until he emigrated to American in 1913. He never came back but his children helped set up this arts centre in the fortress arsenal and it opened its doors in 2013.

The centrepiece is the five Rothko originals, loaned by the family, which change every three years. There’s also a digital display dealing with the artist’s life and an extensive library. Temporary exhibitions show the work of contemporary local and international artists and the restaurant has a unique dessert inspired by Rothko.

In the late 19th century a new neighbourhood grew up near the railway station and four churches were built on the hill to cater for different denominations. The red brick Lutheran church opened in 1893, followed by the Catholic Church of the Immaculate Conception, the Orthodox Cathedral of St Boris and Gleb, and the House of Prayer of the Old Believers.

The architecture ranges from Baroque through Neo-Gothic to Byzantine and you can climb the Lutheran Church tower for an extensive view of the city. 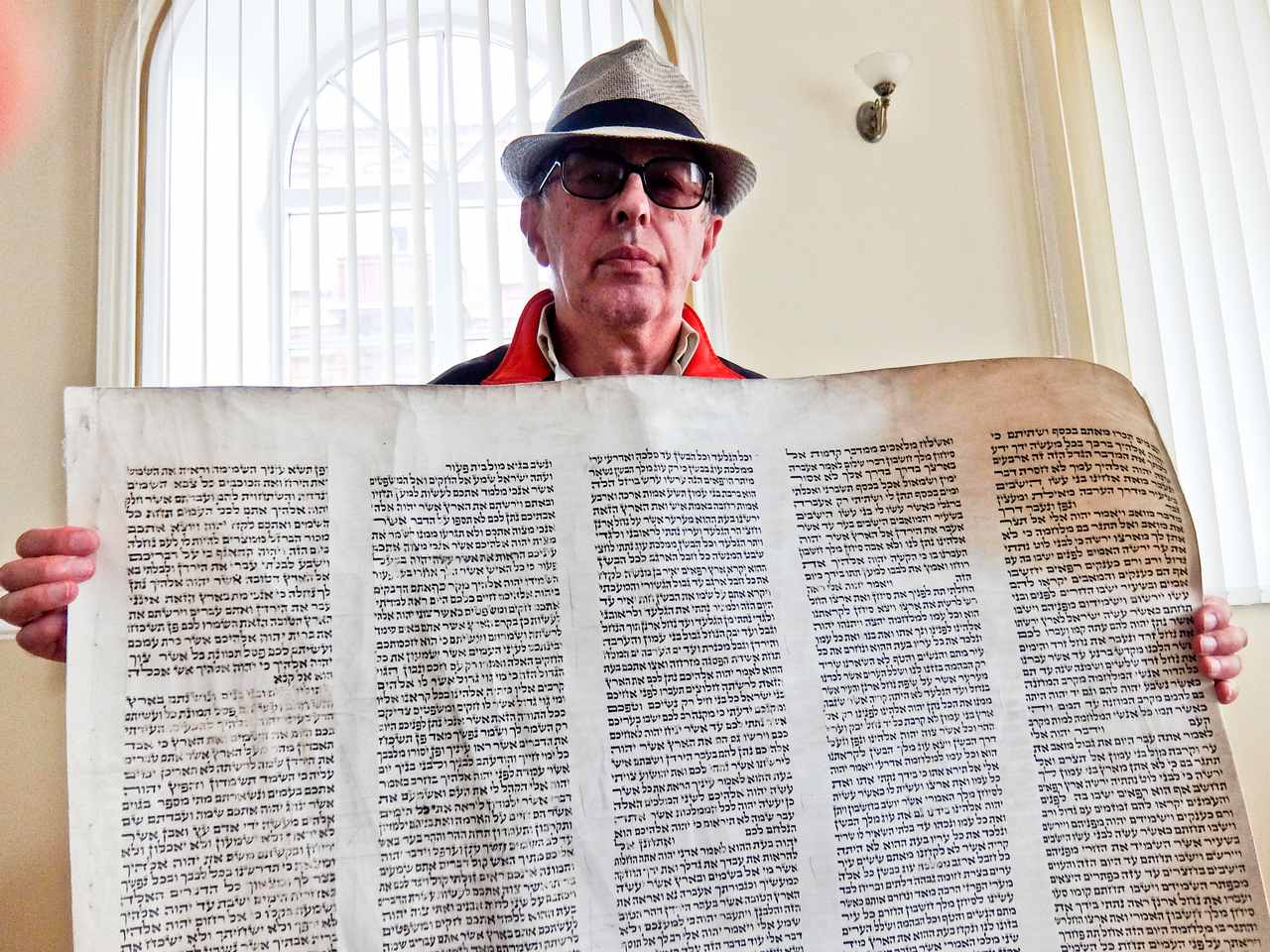 Congregant Josif Rockko holds up a scroll in the synagogue

The Jewish presence in Latvia dates back 2,500 years. Before WW1, almost half of the city’s population was Jewish and there were 34 active synagogues. The Kadish Synagogue was built in 1850 and is the only one left functioning.

It was restored in 2005 with financial support from Mark Rothko’s children and also houses a small museum dealing with the history of Jews in Daugavpils and Latgale.

One of the few remaining industries in the city, this is the only factory of its kind in the Baltic States. Lead shot for hunting rifle has been produced here continuously since Tsarist times and the original 19th-century equipment is on display.

Molten metal was dropped from the top of the 37m tower to the 19m well below, creating tiny spheres of lead shot. Tours take you to the top of the tower and demonstrate the process. 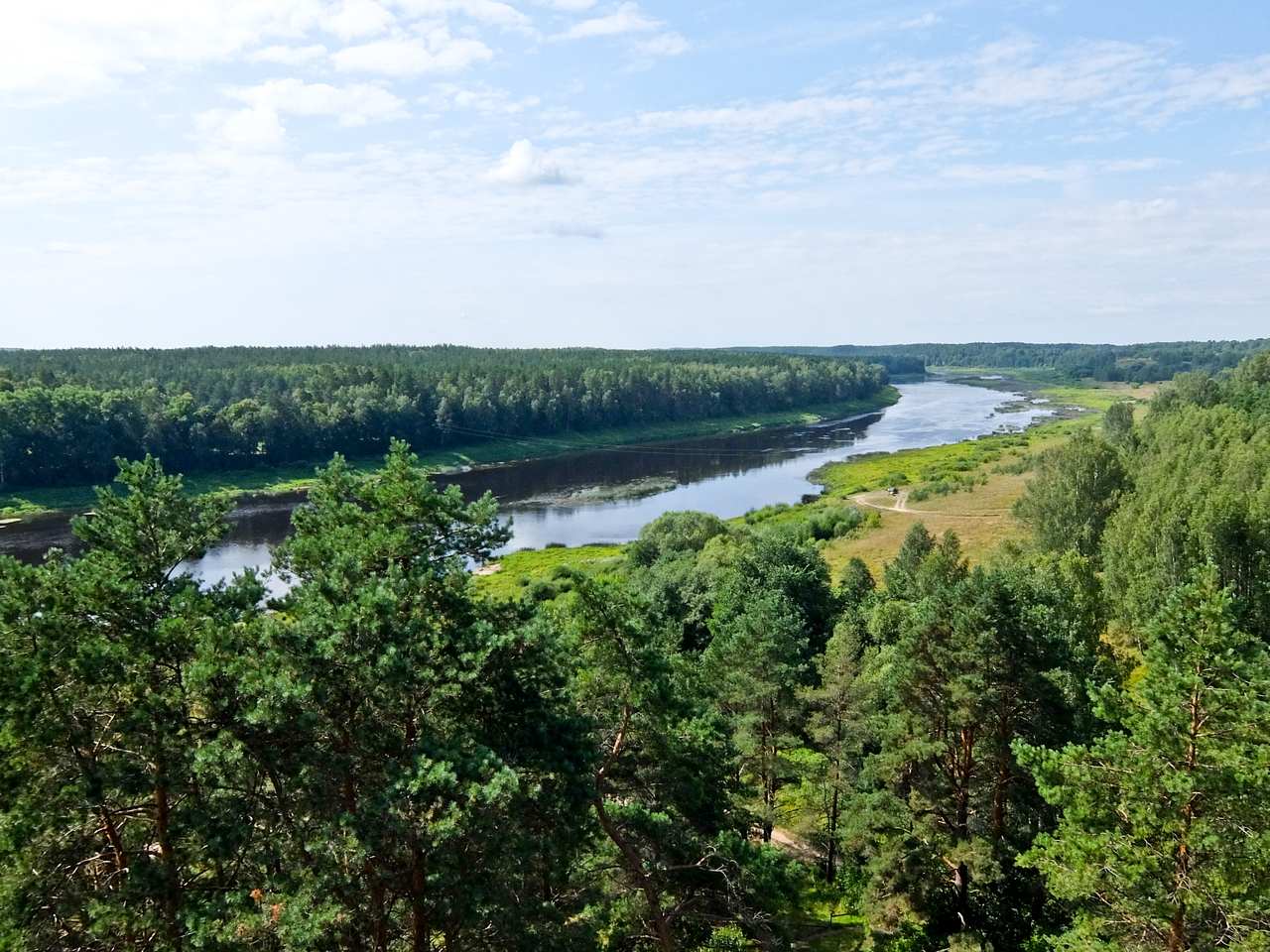 Around 30 minutes outside the city, by the Daugava River, is the Augsdaugava protected landscape area listed as UNESCO World Heritage since 2011.

Between Krāslava and Naujene the river meanders in eight massive bends, each around 6km, and the area shows a unique biological diversity.

For an overview, climb the Vasargeliski observation tower where you can see a couple of meanders, including the Rozaliski Bend depicted on Latvian banknotes.

In the 17th century “Old Believers”, who didn’t accept Orthodox Church reforms, were forced to flee persecution in Russia. Some of them settled here in Slutišķi, close to the river with ample supplies of fish and forests full of mushrooms.

These days these simple rectangular log houses are holiday homes but one has been preserved as a museum, complete with original furniture. There are three rooms, one with a stove for living and the others for storage and weaving. The barn contains horse tackle and agricultural tools. 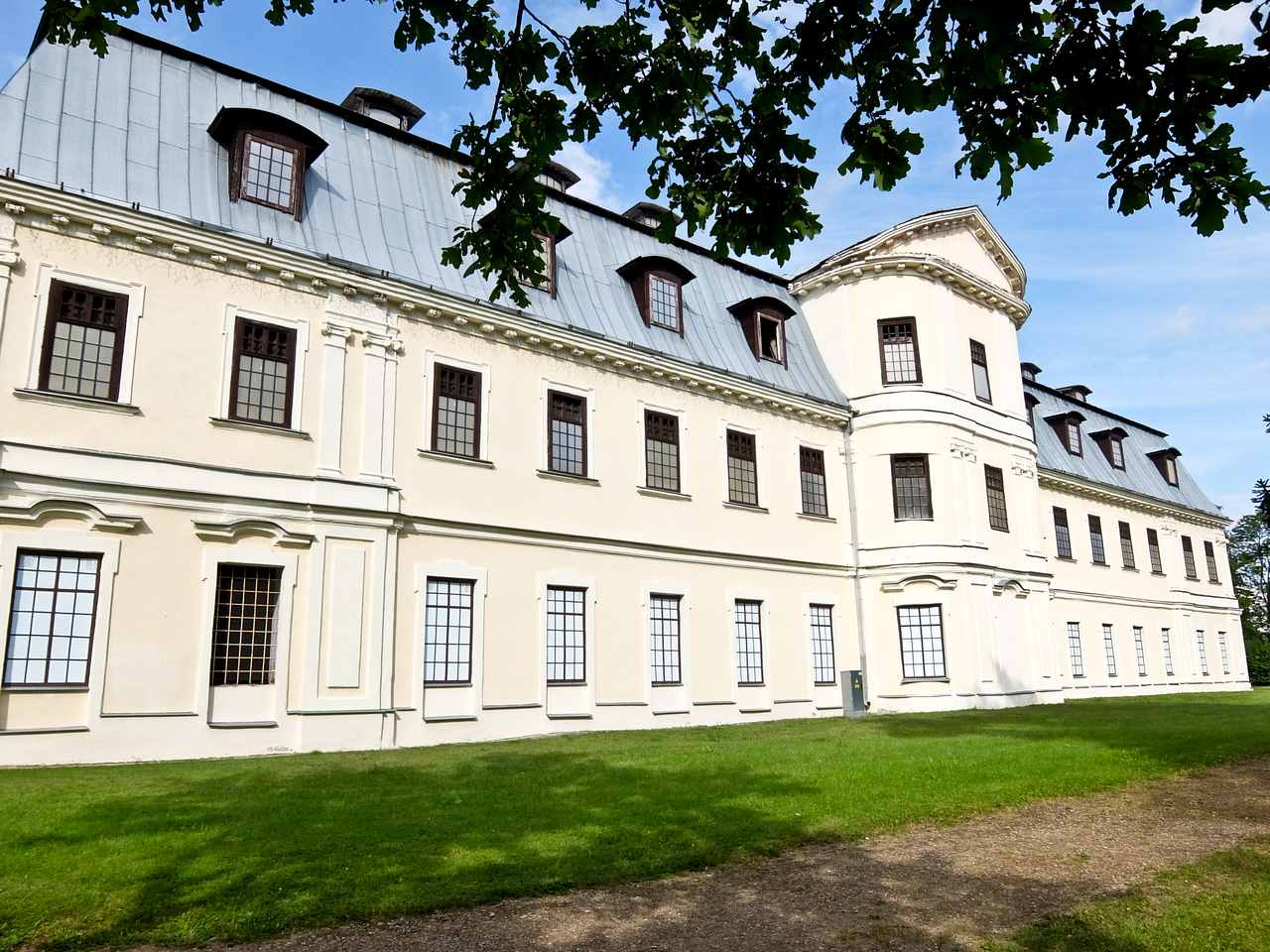 Now not much more than a shell, there’s been a castle on this site since the 18th century. The present building, classical in style, was the home of Count Plater-Sieberg and dates from the late 19th century. There’s a beautiful view of the River Daugava from the terrace.

Various outbuildings contain the Krāslava History and Art Museum and also the Porcelain doll collection of Olga Gribule. This includes more than 1500 dolls from all over the world. 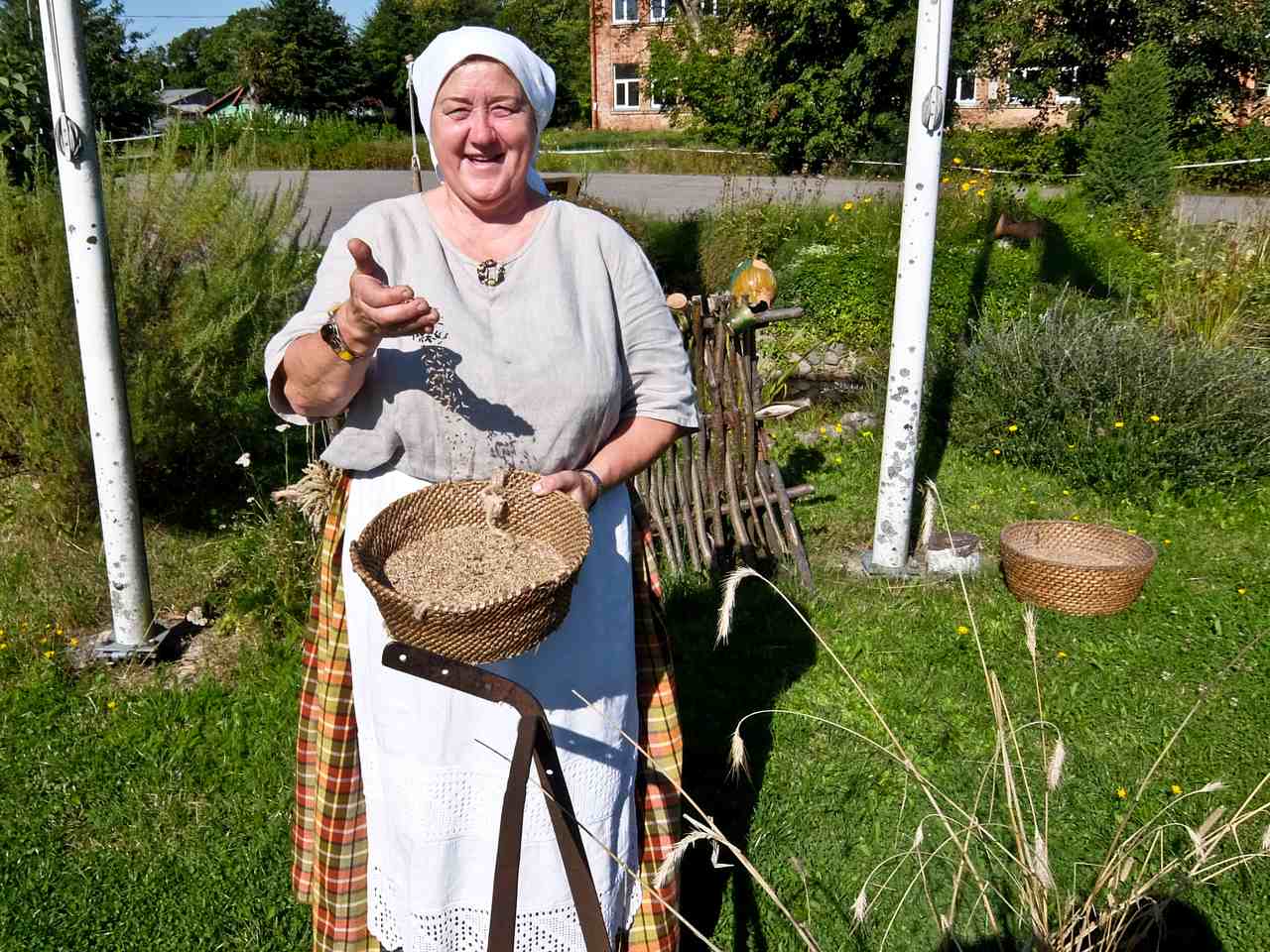 This is still an active bakery but owner, Vija Kuldina, is passionate about Latvian traditional rye bread so she’s set up a small museum to offer hands-on baking and tastings of bread and cakes. Her female staff entertain with Latgallian singing and dancing. A tot of the local Shmakovka alcohol helps you get into the mood.

Twenty minutes west is Preili, a centre for artists and artisans. The Preili Doll Gallery is the single-handed creation of Jeļena Mihailova who’s crafted more than 1000 dolls since she started in 1997.

More traditional is the Ceramics  House of P.Čerņavskis with an exhibition of pottery and demonstrations of vase making. The Nester Custom Moto & Metal Art Gallery is hidden in a housing estate but is worth a visit for the customised motorbikes and metal sculptures of gleaming engine parts.

FLY: Air Baltic flies from London Gatwick direct to Riga. From there you can hire a car or take the train to Daugavpils

The Homelike hotel in Daugavpils is central, comfortable and friendly.

The relaxing Silene resort & Spa 4* is 25 minutes outside the city and has an excellent restaurant.

Lielborne manor is a charming 18th-century building and serves good food from its grounds.

Arendole manor is by the Duna River, situated in its own grounds, with imaginative cuisine.

Latvia and Latvia Travel have information about the country.

Latgale Travel has information about the region.

Daugavpils has information about all the places mentioned here and about the city.

Kraslava has information about the area.

Aglona has information about the area

Visit Preili has information about the town.