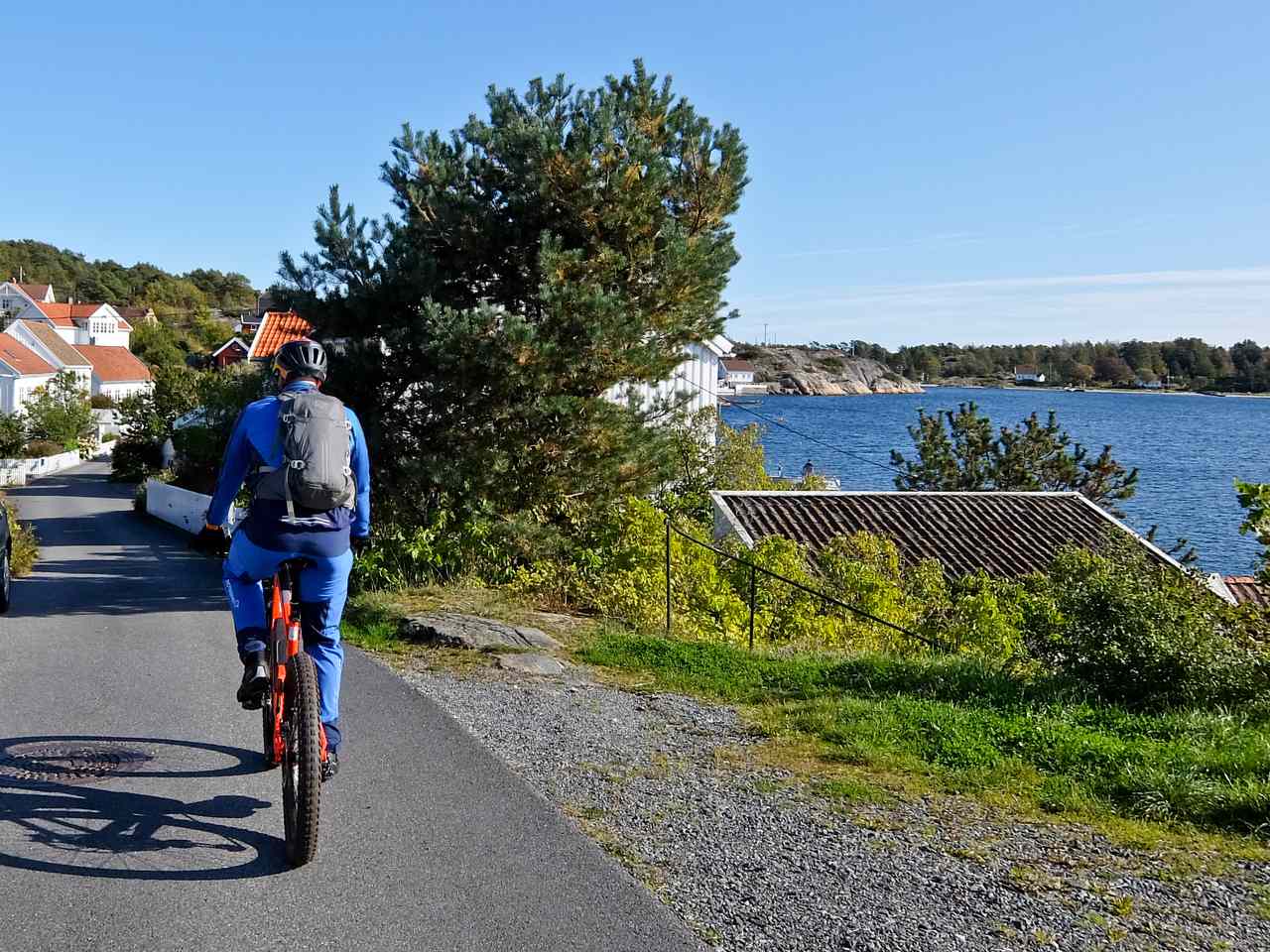 In the summer, Norwegians take their holidays on the south coast, rambling in the forests, strolling up hills, swimming in tiny lakes and exploring the islands.

At the beginning of October, it’s still warm, but there’s no traffic on the roads and I have the place to myself. I arrive on a direct flight from London Stansted in Kristiansand, Norway’s fifth largest city, and I’m soon on the road heading west. 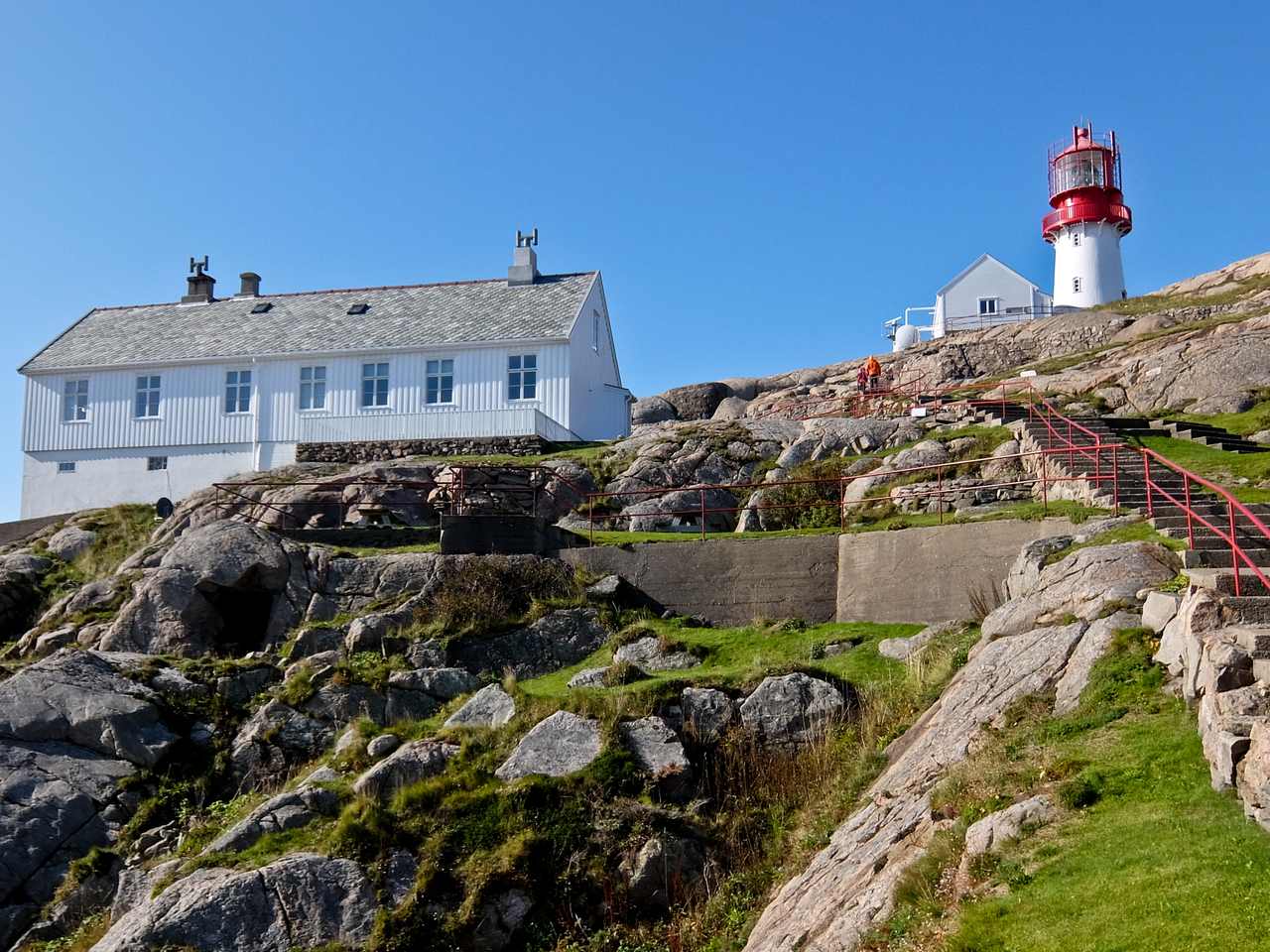 At the most southerly point of mainland Norway is Lindesnes Fyr, the first lighthouse in the country, built by the King of Denmark in 1656. It’s where the North Sea meets the Baltic and, as you might expect, it’s a rugged spot.

For hundreds of years, the keepers had to drag coal all the way up to keep the lamp shining. In 1915 it was replaced by an iron structure and an electric light. It’s still functioning today and there’s a museum and an excellent restaurant. You can even spend the night in the lighthouse keeper’s cottage. 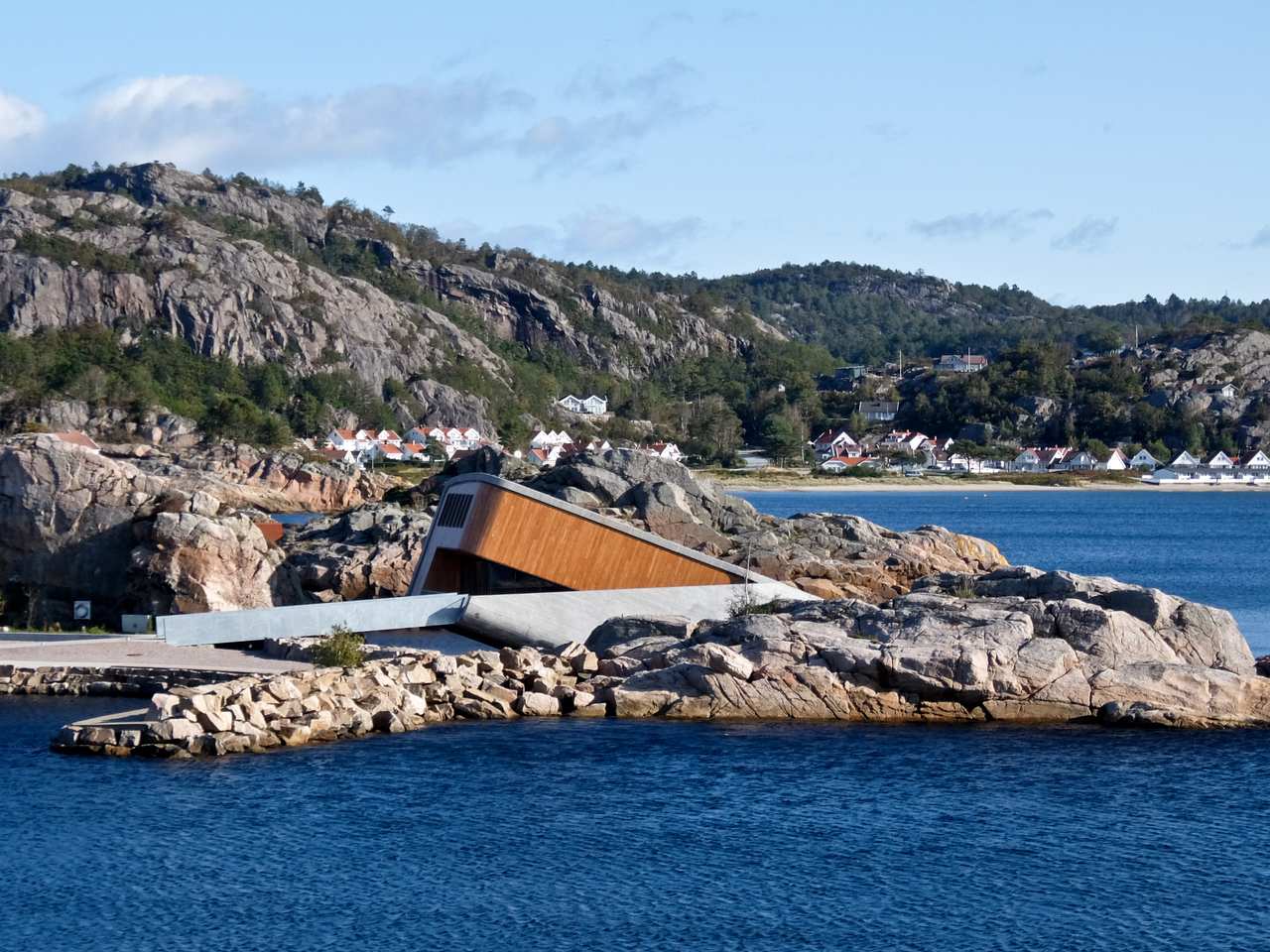 Enter above ground to 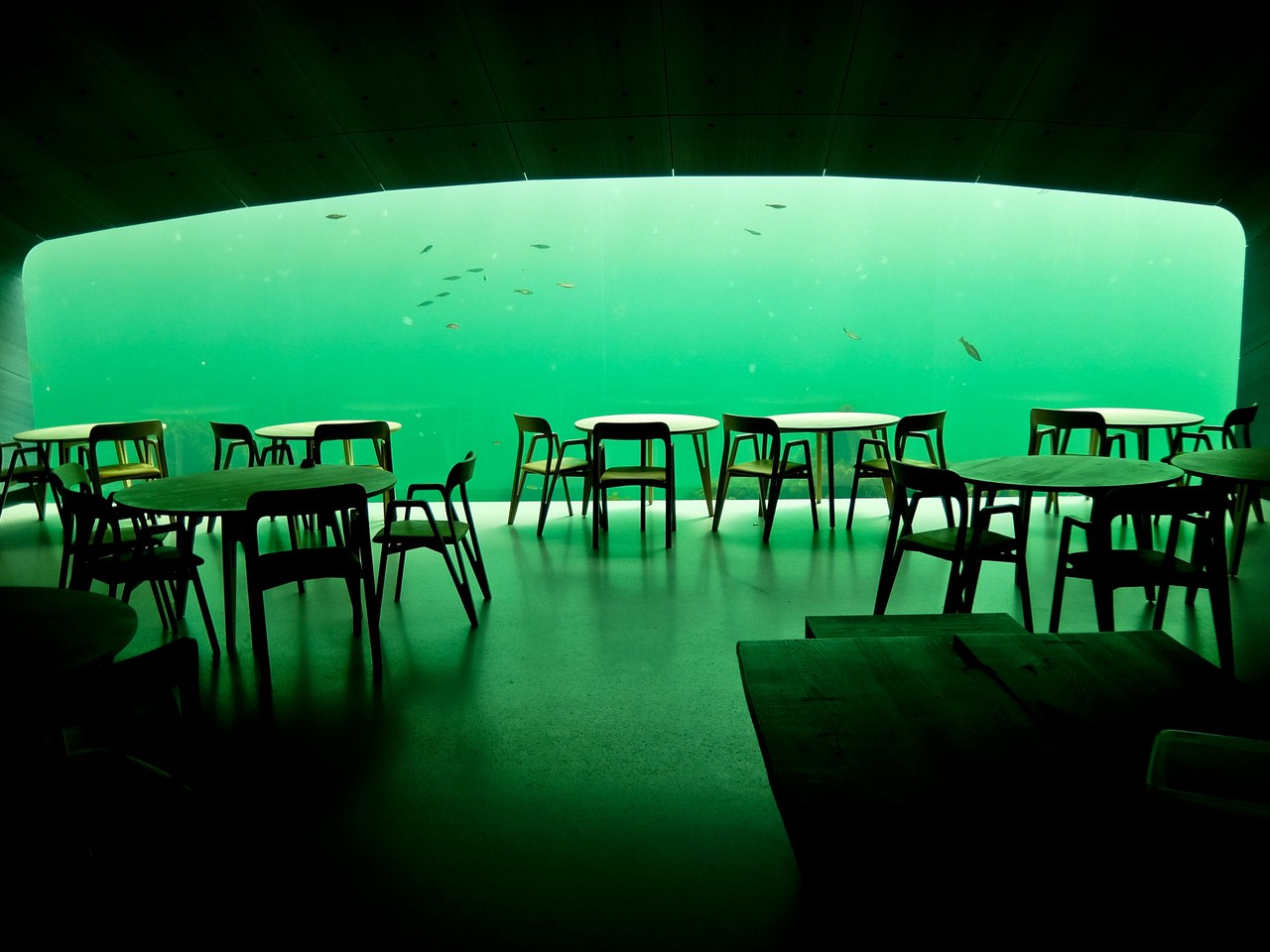 Around 20 minutes’ drive east in the village of Lindesnes is the engineering marvel of Restaurant Under. As the name implies it’s the world’s largest underwater restaurant and opened in April 2019.

It was built on land and then lowered to sit on the sea bottom, 5.5 metres under the surface. One wall is clear glass so you watch the fish, even hear them eating, and the design is wood and woven textiles. It’s like a living cinema, with sea life as the movie, and the menu reflects the underwater seasons. You’ll have to book as the restaurant has only 40 covers with one sitting. Stay next door at Lindesnes Havhotell so you don’t have to drive. 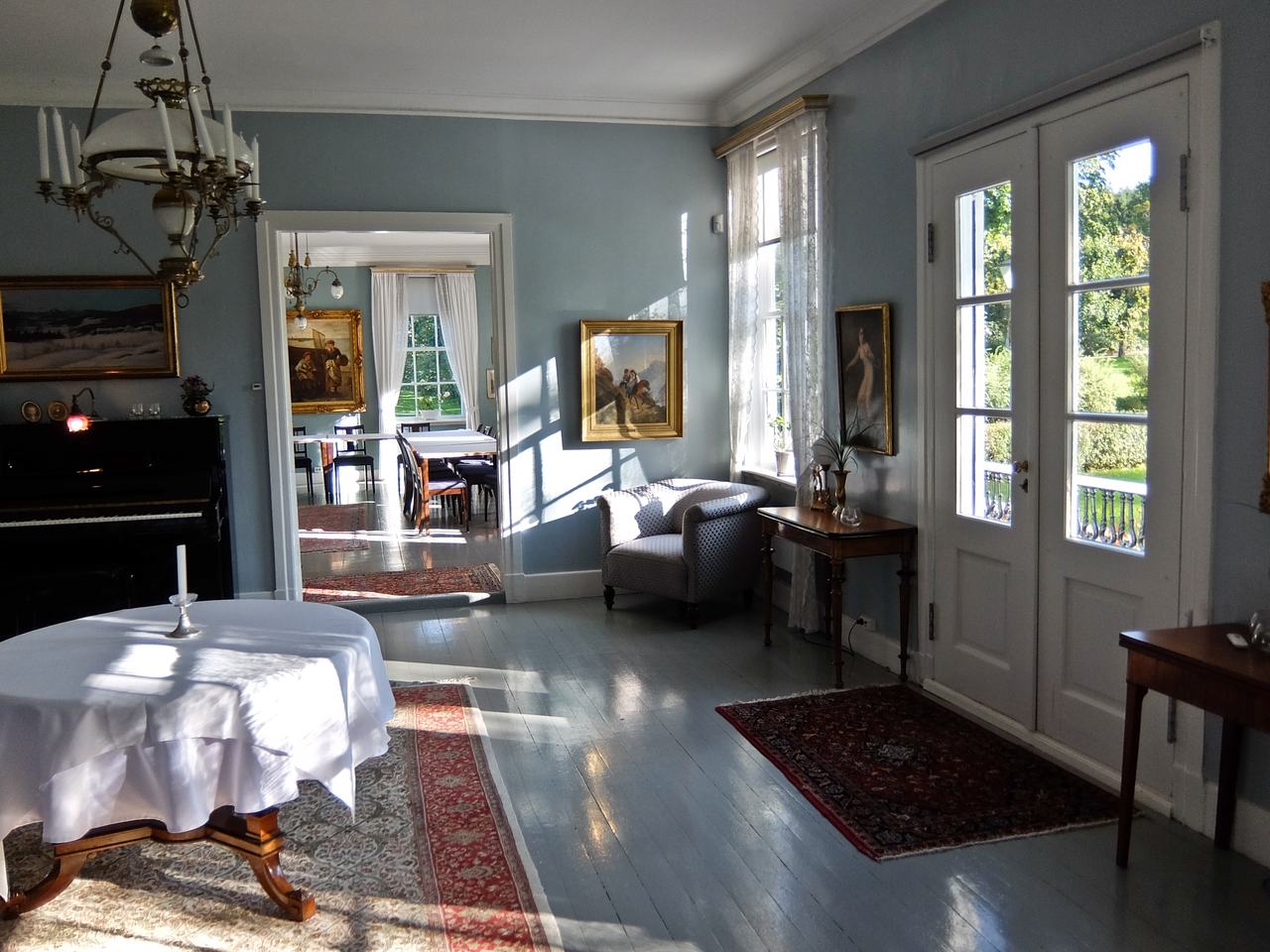 Heading back east, just outside Kristiansand, is Boen Manor, situated on the banks of the Tovdalselva River. There’s salmon fishing here and that’s one of the main attractions.

The main house was built in 1813 and has been completely restored. Guests can stay here or in new accommodation right by the river, where you see the salmon jump from your window.

The food in the restaurant is local and seasonal – Chef Tomasz Rochon uses the vegetables, apples, berries, herbs, and honey from the grounds, the salmon comes from the river and the lamb grazes in the surrounding meadows. 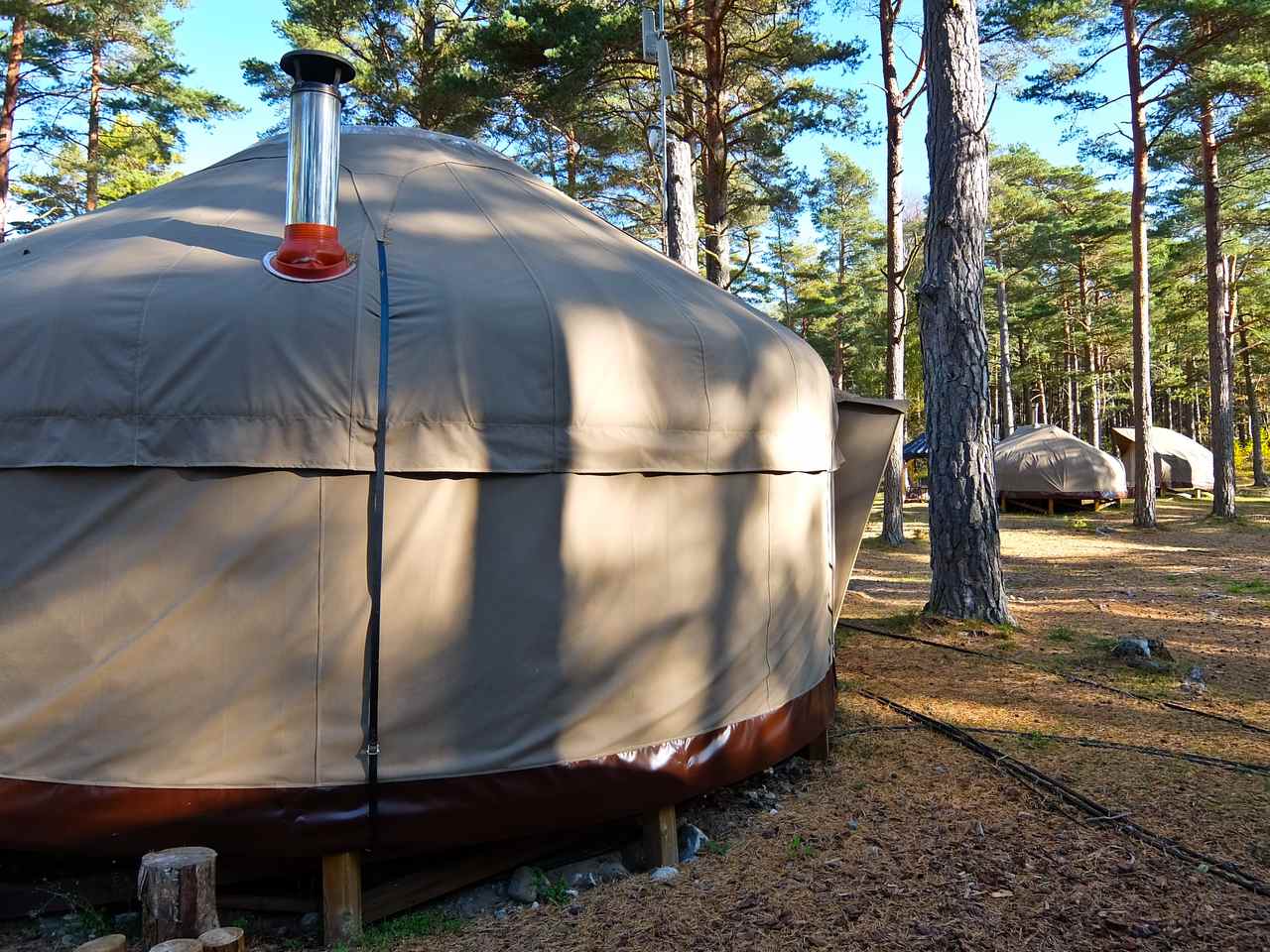 After all this eating, I’m keen to sample some of the outdoor activities, so I drive further east to Canvas Hove, situated right on the ocean.

You can bring your own tent but far better to stay in one of the luxurious Mongolian Yurts, complete with copper bath, king-size beds, wood-fired oven and insulated walls and ceilings.

The beach is close and I explore the Raet National Park by electric bike, cycling through the forest on Arendal’s best trails. Later I climb into a two-person Kayak and paddle around the islands.

Around 40 km northeast is the island of Sandøya which has no roads and no connection to the mainland. I leave my car at Hagefjorden brygge, take a short ferry ride and then pick up a rusty old bike. The island is tiny, just 1.5 square miles, so it’s not far to my hotel, Inni Granskogen, beautifully situated on the banks of a small lake. Only around 200 people live here, most of them artisans or boat builders but there’s still some fishing.

It’s the first day of the lobster season so I brave the elements and set out on a small boat to see what’s in the pots. Disappointingly the lobsters are female with eggs so we have to throw them back.

This will be my last stop, another 40km north, and it doesn’t disappoint. Risør is still a fishing port, its white wooden houses huddling around the harbour with pine forests behind. It dates from 1723, making it one of the oldest towns along the southern coast and thrived on timber and shipbuilding.

When these died out there was no money for redevelopment so the beautiful old houses survived. The 16 suites of the Det Lille Hotel are located in historic buildings throughout the town and are exquisitely furnished with antiques. A meal of fresh lobster, crab, shrimps and mussels is a perfect way to end my visit.

Kotenull arranges a wide range of water related activities, including fishing, kayaking and free diving, around Sandøya Island and in Raet National Park.