Fly-drive through the Canadian Rockies 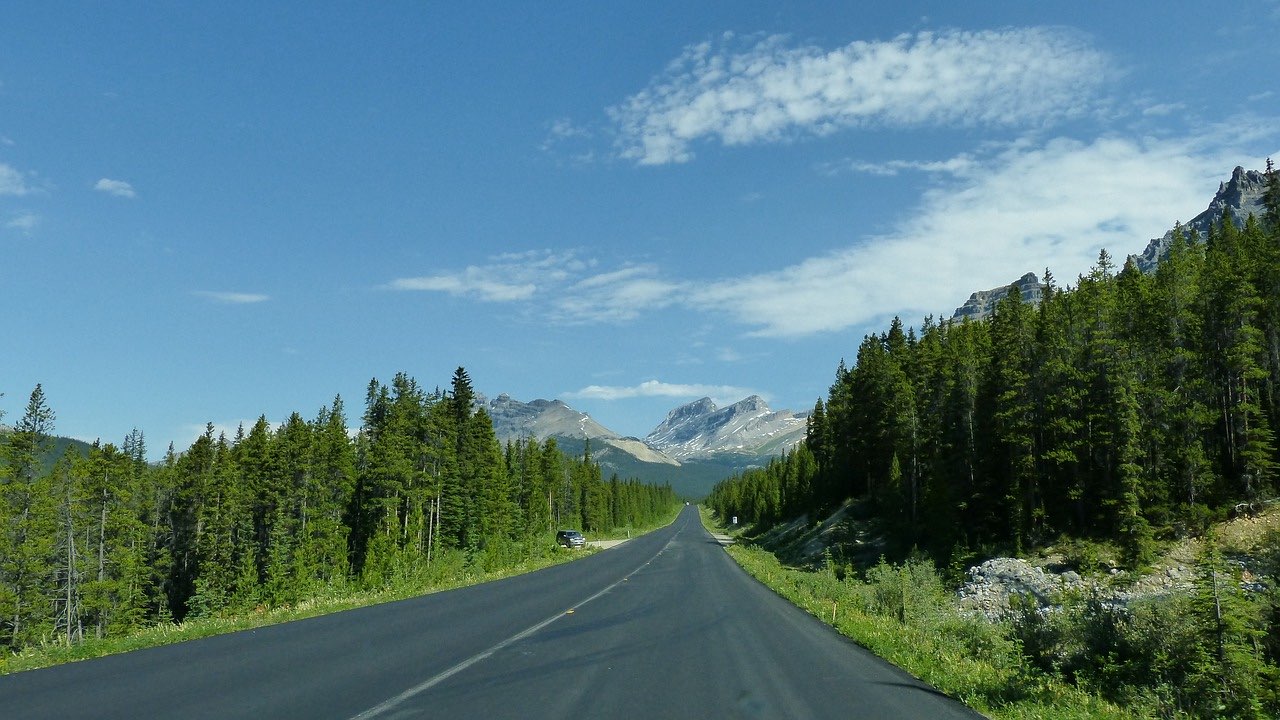 From the air the vast wildernesses of Canada might look impenetrable, but the reality is it is the kind of destination long distance road trips were made for. Canada’s roads are superbly maintained and have scarcely any traffic on them, so you can drive with ease to a huge array of extraordinary locations and soak up the panoramic views as you enjoy the solitude.

From the Rocky Mountains to the Pacific Coast, taking in dramatic national parks, temperate rainforests, and grizzly bear habitats, there are few more wildly wonderful journeys than this.

Air Canada flies direct from Heathrow to Calgary, which makes the Rocky Mountains surprisingly accessible. Picking up an automatic Chevrolet from the airport was a breeze, and within an hour of clearing customs I was already on the road, the craggy peaks of the Rockies rising up around me. 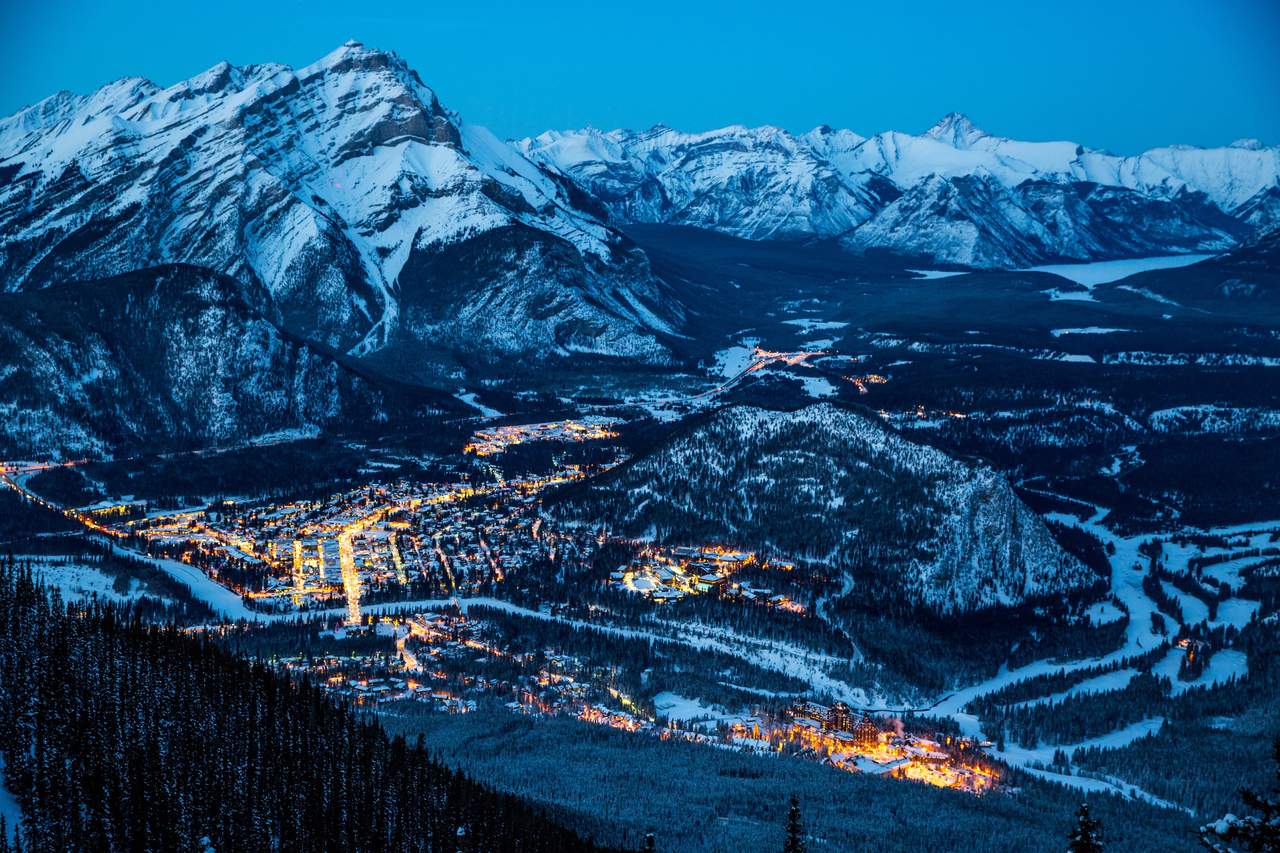 Banff is one of those towns born when the transcontinental railroad cut through Canada in the 1880s. Workers found natural hot springs here, and enterprising souls decided to develop the site as a mountain resort. The Banff Springs Hotel, built in a Scottish baronial style, drew well heeled guests from across Canada and beyond, and Banff grew famous for its natural beauty, its hiking, and, later on, for its skiing, too. 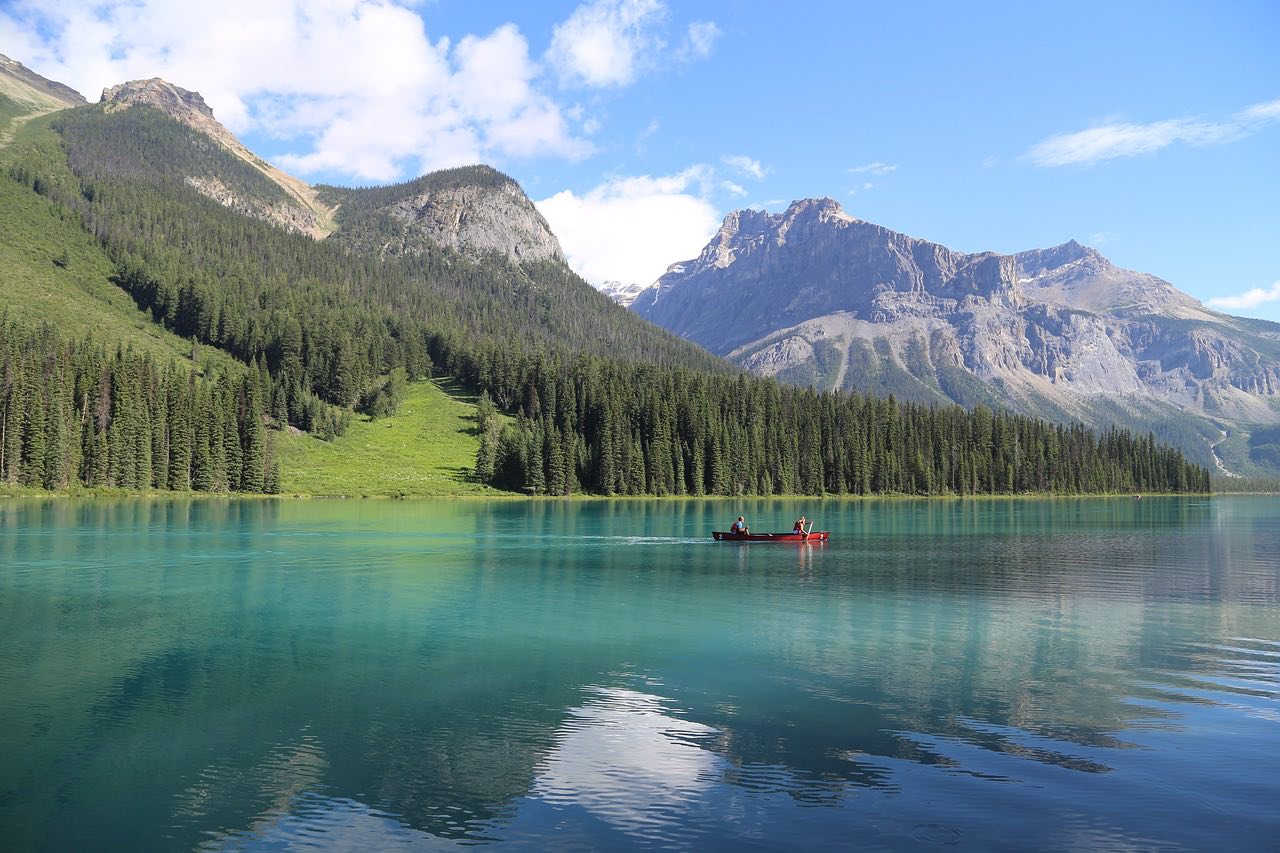 Rising early, I rode the cable car to the top of Sulphur Mountain to watch the daybreak. I stood upon the boardwalk mesmerised as rays of light began to fall upon the trees and mountain tops, turning their muted tones into vivid colours. I was already on top of the peak, but wanted to go higher still: the opportunity came in the form of a helicopter ride, so I soared eagle like above Banff, Spray Lake, and Mount Buller. The national park is beautiful on the ground, but from the air it is absolutely breathtaking.

Travelling from Banff to Jasper takes three hours or so, but it’d be a waste to drive straight through without stopping. The road here passes through the Icefields Parkway (also known as the Promenade des Glaciers), without doubt the most awe inspiring route in the Rockies.

I picnicked at the glacier fed Peyto Lake, a sparkling stretch of water that is so turquoise in colour it hardly seems natural. The best views are from Bow Summit on the Parkway, where plenty of cars stop to admire the views, but you only have to walk a short distance down towards the lake and you’ll find a perfectly peaceful spot.

The Columbia Icefield – the largest in the Rocky Mountains – is ideal for a longer hike. You can ride out onto the glacier by coach but I preferred to stretch my legs and feel the ice scrunching beneath my feet. It’s an isolated place and the weather can be harsh, but on a bright summer’s day the surface sparkles. I gulped in deep lungfuls of the pristine air.

The landscape surrounding Jasper is much softer: lakes and meadows replace jagged peaks. The Jasper Skytram will lift you to a height of 2,277m, but be sure to come down again in time for a sunset cruise on Maligne Lake.

Grizzly bear, moose, and caribou have made their homes on the islands and around the shore, whilst bald eagles and osprey swoop overhead. For an hour I was glued to my binoculars; I had to force myself to look up and around me, to take in the expanse of nature, but I was grateful that I did. 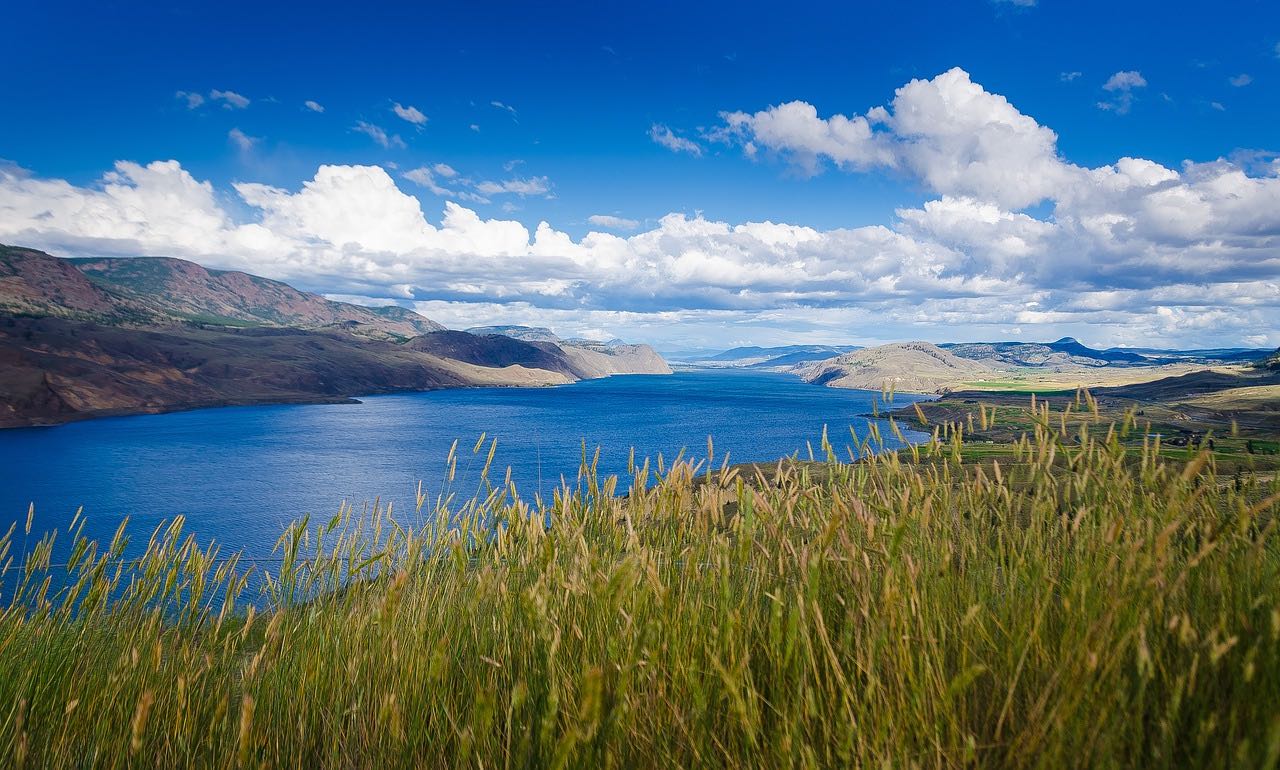 Kamloops is a pocket of civilisation on the bank of the South Thompson River. After the rugged wilderness it’s quite a contrast to descend into the town and see the manicured greens of the golf course, white fences around the horse paddocks, and pretty little timbered houses.

Thus far I’d only seen wildlife from afar, so I took a day out to go to the British Columbia Wildlife Park, a remarkable conservation project. The 65 species are all native to this part of Canada, including three kinds of bears, Arctic wolf, coyote, and bobcat. During a private animal encounter you can meet a bearded dragon, red foot tortoise, or owl and, if you have the stomach for it, even have a bird of prey swoop down and land on your hand. The rangers are eager to talk about their work, in particular the successes of their burrowing owl breeding programme, which is the largest in the world.

I paid a whistle stop tour to Whistler (excuse the pun!) on my way through to the Pacific Rim. The reserve stretches down Canada’s western coast, encompassing both land and ocean. 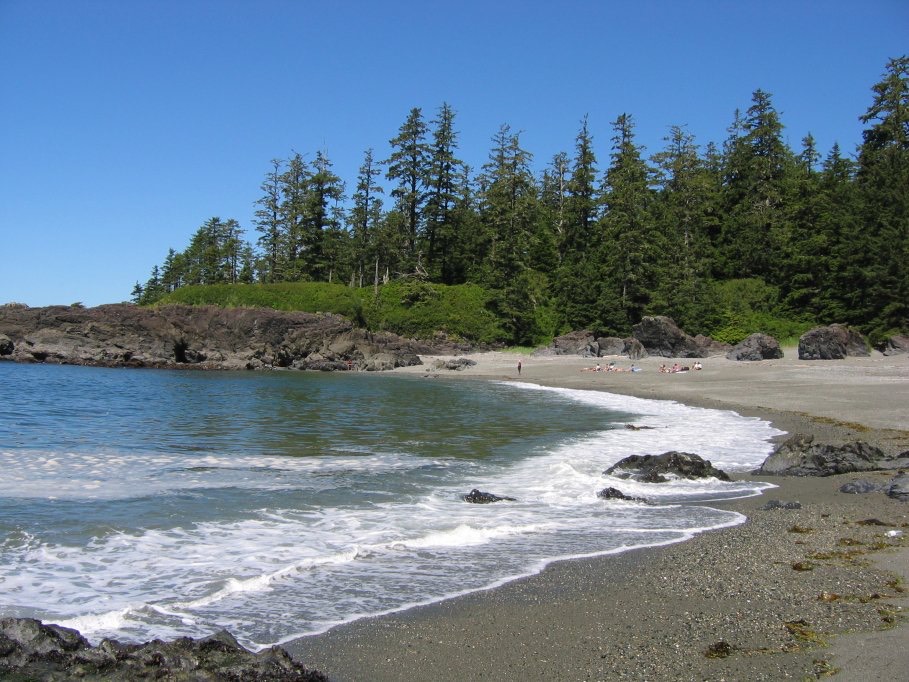 If you are energetic and have plenty of time, you will want to hike a section of the West Coast Trails which hugs the Pacific shore, cutting its way between rocky beaches and temperate rainforest. I had a full day to walk at Long Beach, where it feels if you are looking out from the edge of the world.

Just off the coast are dozens of islands, accessible by Zodiac. I left the car on the mainland to island hop, in search of local residents: black bears. The bears hunt at low tide when they can fish for small crabs in the rock pools. We saw one dark, shadowy figure on the headland and cut the boat engine so as not to disturb him. He continued to forage and graze. 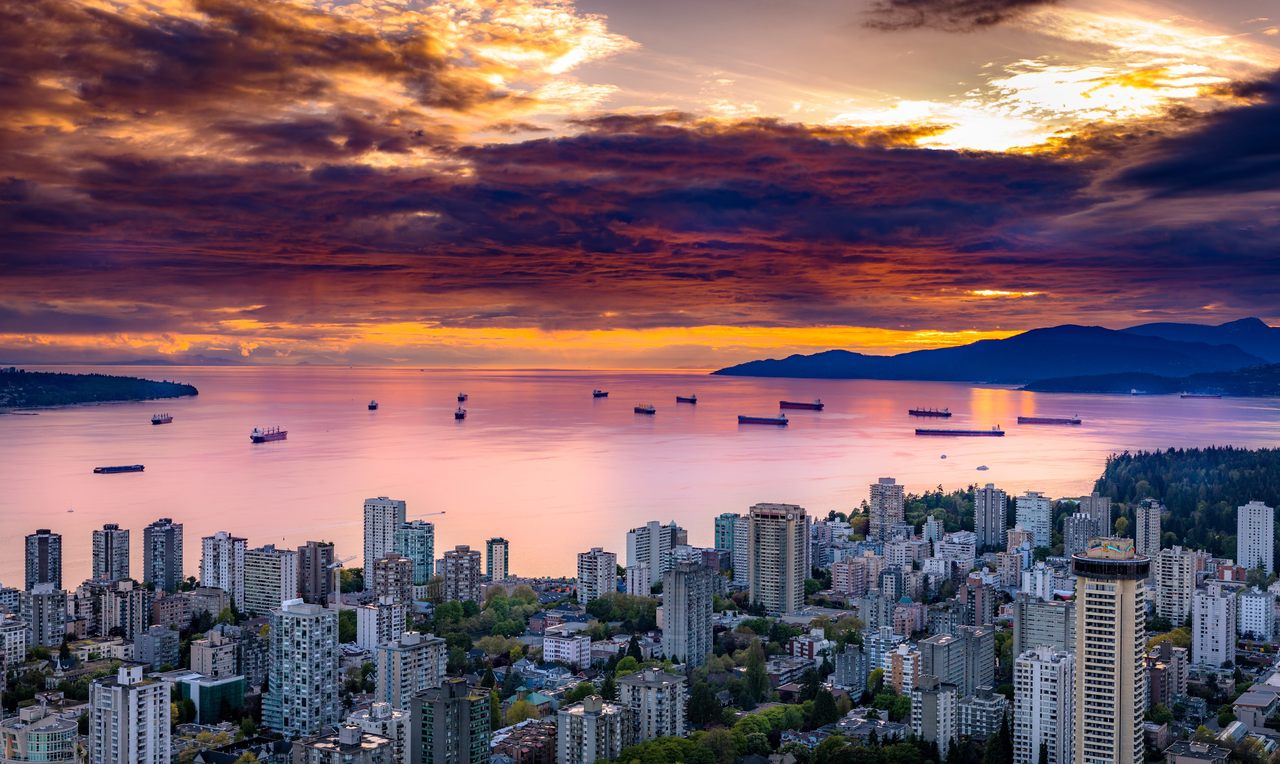 The final leg of my Rockies road trip brought me down through the Gulf to Vancouver, the vibrant capital of British Columbia. I first fell in love with this city more than a decade ago, and every return visit is a delight.

Vancouver boasts an unbeatable location, lying between the ocean and the mountains. Sweeping views of one or both are present almost everywhere you go, and even within the city limits there are extensive parks and other swathes of green. I returned my car downtown so I could explore, walking the length of English Bay and treating myself to tea in the Dr. Sun Yat-Sen Classical Chinese Garden.

After two weeks in the wilderness, I needed the peace that the garden afforded. I wasn’t used to the noise and the crowds. But here I could sit, look at the ponds and trees, reflect on the journey I had taken, and prepare myself once again to enjoy the very many man-made pleasures of Vancouver.

Disclaimer: this article was sponsored by Holidays2