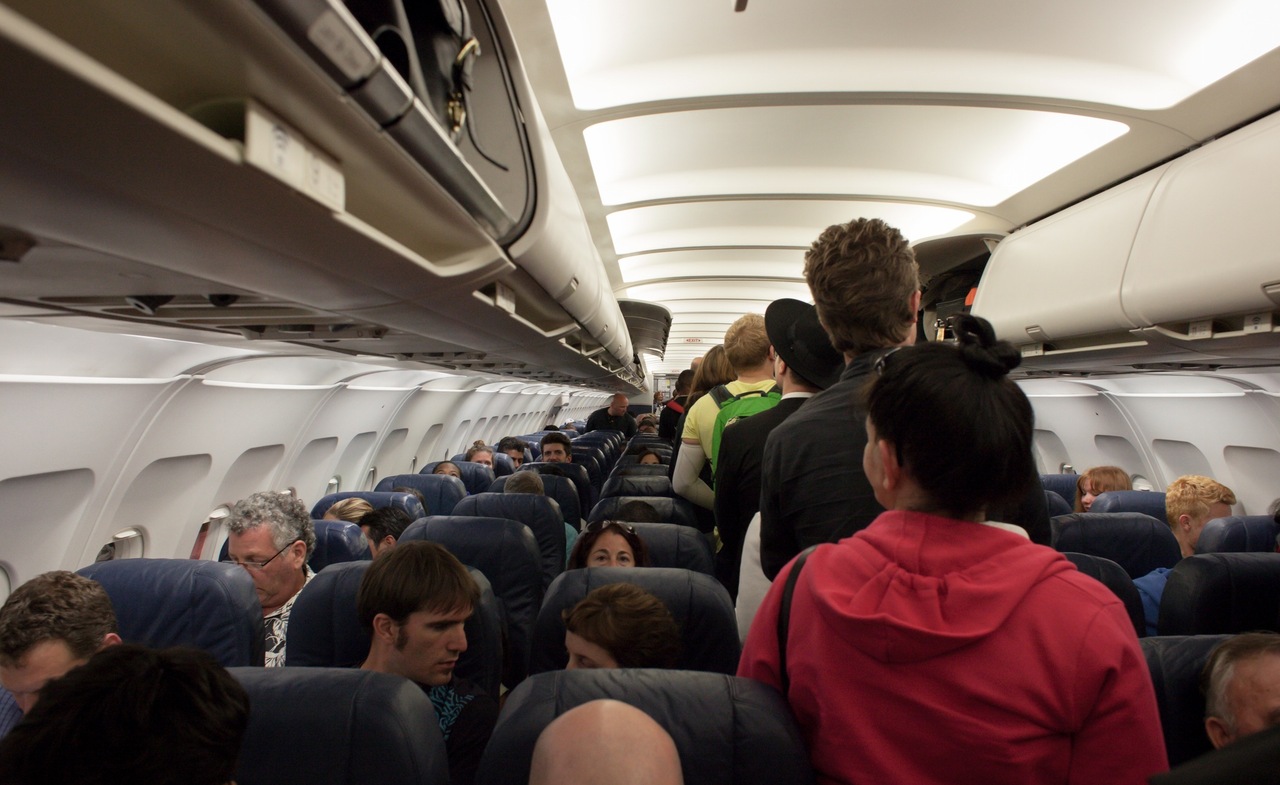 London Gatwick is about to embark on a journey of testing several methods of boarding passengers onto planes to reduce queues, increase passenger satisfaction, reduce turnaround times and delayed flights.

That’s great news as it’s about time Gatwick, the European airport with the most delays, got on board with research that is already out there for better boarding sequences. Last month, the airport recorded 42.6 percent of departing flights late by 15 minutes or more.

According to TV’s Mythbusters, an Australian-American science entertainment television show, the slowest most inefficient way is the one most used by airlines: the back-to-front method.

The reality is that this is the worst method and flies in the face of efficiency. Why? Because it causes bottlenecks in the aisle as passengers scramble to find space in the overhead compartment for their bags. Consequently, passengers end up queueing on the stairs or on the airbridge leading up to the cabin until those on board have settled down.

According to the results of simulations made TV’s Mythbusters, it is actually faster to allow passengers to board randomly without assigned seats; the back-to-front method took an average of 24 minutes and 29 seconds to get every passenger seated, while filling seats at random only took 14 minutes, 15 seconds. However the latter method is not popular with passengers who dislike the chaotic nature of the free-for-all aspect,

Still, it works for Southwest airlines who adopted the method of random boarding in 1971 and still uses it.

There is another method that only takes a little longer and has been rated highly by passengers which is one that United Airlines has successfully.adopted.  It’s called the “WIMA” method – Window, Middle, Aisle.

Using the WIMA method passengers who have booked a window seat board first followed by middle seats and finally those with aisle seats. United does offer flexibility for young families who can board as a unit. Mythbusters found that this method only took 14 minutes and 55 seconds, making it both efficient and crowd-pleasing.

Why haven’t other airlines adopted these methods?

United Airlines and Southwest have demonstrated their methods do work yet so many airlines don’t do it. Why? There are incentives not to. Airlines are commercial in nature and want to charge for upgrades, paid-for pre-boarding perks (these passengers will board ahead of you) and pre-paid seating. And of course, check-in luggage.

If check-in luggage fees were not so high, fewer passengers would carry bags onto the plane and so the scramble for space in overhead lockers would be less. It is estimated that scrapping baggage fees would result in an immediate 27 percent reduction in carry-ons. Problem solved.

Check-in fees are unlikely to disappear anytime soon, so in the meantime, it is heartwarming that London Gatwick is doing its bit to reduce queues and congestion at the gates.

How is London Gatwick operating the trials?

There will be a two-month trial to test various boarding sequences to find the most efficient, and most relaxing for passengers.

There will be large digital displays and staff at Gate 101 to show passengers the order to board; this will be a range of sequences that will include the back to front methods and the WIMA method.

Several airlines will be included in the trial and all participants are hoping to reduce boarding times by 10 percent.

We want to explore whether boarding by seat number will avoid queues in the gate room and when boarding the aircraft.

“Early indications are that this new technique has the potential to reduce the overall boarding time. By communicating to passengers better and boarding passengers by seat number, we also expect to make the whole boarding experience more relaxing and, potentially, prevent large numbers of passenger rushing forward at any stage.

Learnings from the trial, as well as feedback from passengers, will be used to decide whether to take this concept forward or not.