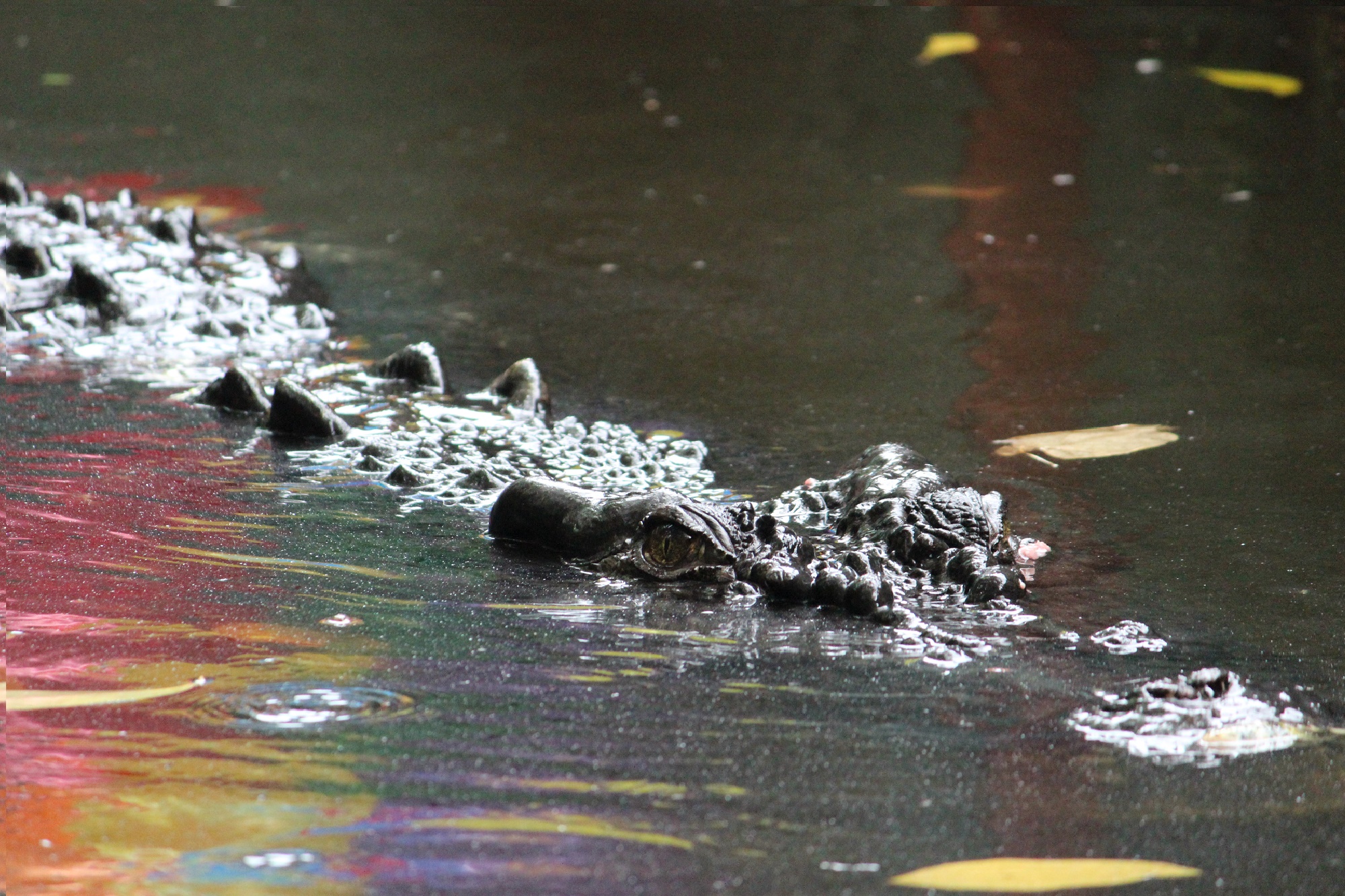 The world’s biggest crocodile in captivity turned 112 last month and is believed to be the oldest too. Recognised by Guinness World Records, Cassius measures 5.48 metres (18ft) in length and weighs 1300kg (2,866 pounds).

The monster croc can be visited at his retirement home on idyllic Green Island, a Great Barrier Reef coral cay off the coast of Cairns, Australia.

Cassius was captured in 1984 after becoming a problem crocodile in the Northern Territory for stealing cattle and attacking boat propellers.  When caught, he was missing a leg and had battle scars all over his body.

He was bought by family-owned and run Marineland Melanesia park to live out his retirement years at the crocodile park. They named him Cassius after Heavyweight Champion Cassius Clay, the birth name of boxer Muhammad Ali.

Crock handler Jemma Craig says “They give crocodiles a maximum age of about 90 years in the wild just because another croc will eventually come along and kill them. Because he’s been in captivity and sheltered for the past 30 years, he has lived a lot longer.”

As for how many more birthdays Cassius will celebrate, no-one really knows but with his relaxed island lifestyle Cassius may well have a few years left in him.

Green Island is the only sand cay on The Great Barrier Reef that has a rainforest growing on it and a crocodile zoo.

Why I Travel and Why You Should Too! by Duke Stewart