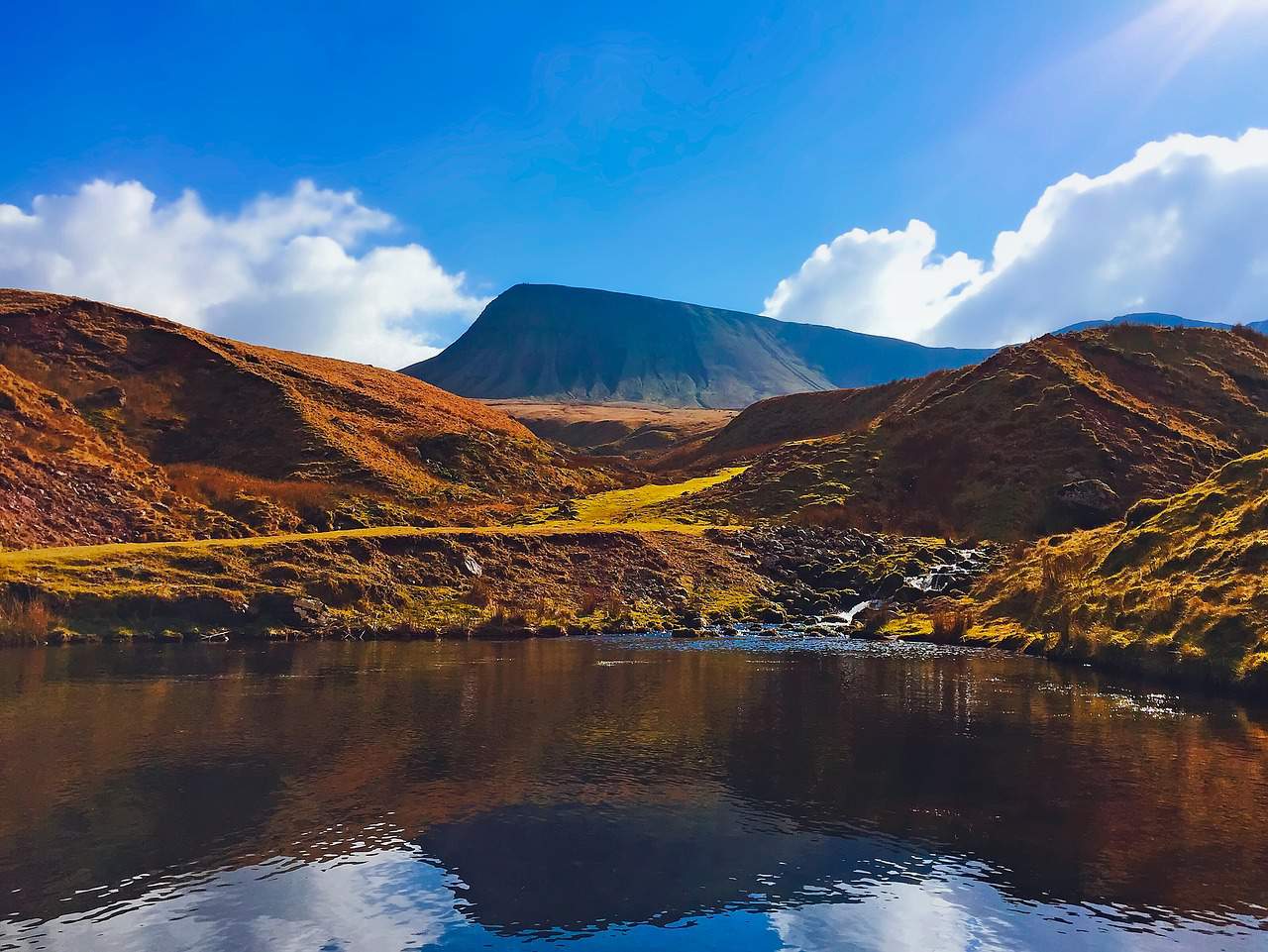 I’m in a cosy cottage at the heart of Wales. The log-burning stove is glowing and I am too. It’s been another day of healthy walking and I’m now torn between two very attractive options.

From the front window, past the playful tangle of roses, I can see the Star Inn. A few steps away through the open-plan lounge and kitchen is the equally rose-strewn garden with Welsh Dragon sausages (infused with leek and chilli) grilling in the warm evening air and views over a Brecon Beacons hillside.

Wales can be wild, with extreme activities such as climbing, canyoning, caving and kayaking, along with bunkhouses, hostels and hillside campsites. And yet it’s possible to experience the great outdoors to the full while still being able to appreciate a comfy bed in relaxed, picturesque surroundings.

Brecon Beacons National Park, a wonderworld of rounded peaks, waterfalls, market towns and tiny roads, is an excellent place for a short break, reachable in three hours from London, far less from places such as Birmingham.

The village of Talybont, halfway between the charming towns of Brecon and Talybont, is a perfect hideaway, on both the River Usk and the Monmouthshire and Brecon Canal, and with three pubs to go with its village store and Canalside Cafe.

It’s the base of Brecon Beacons Holiday Cottages with several in the village (including my Grove’s Cottage) along with many others in the area. It’s also great for long hikes, being on the 55-mile Taff Trail that links Brecon with Cardiff as well as many shorter (and easier) options. 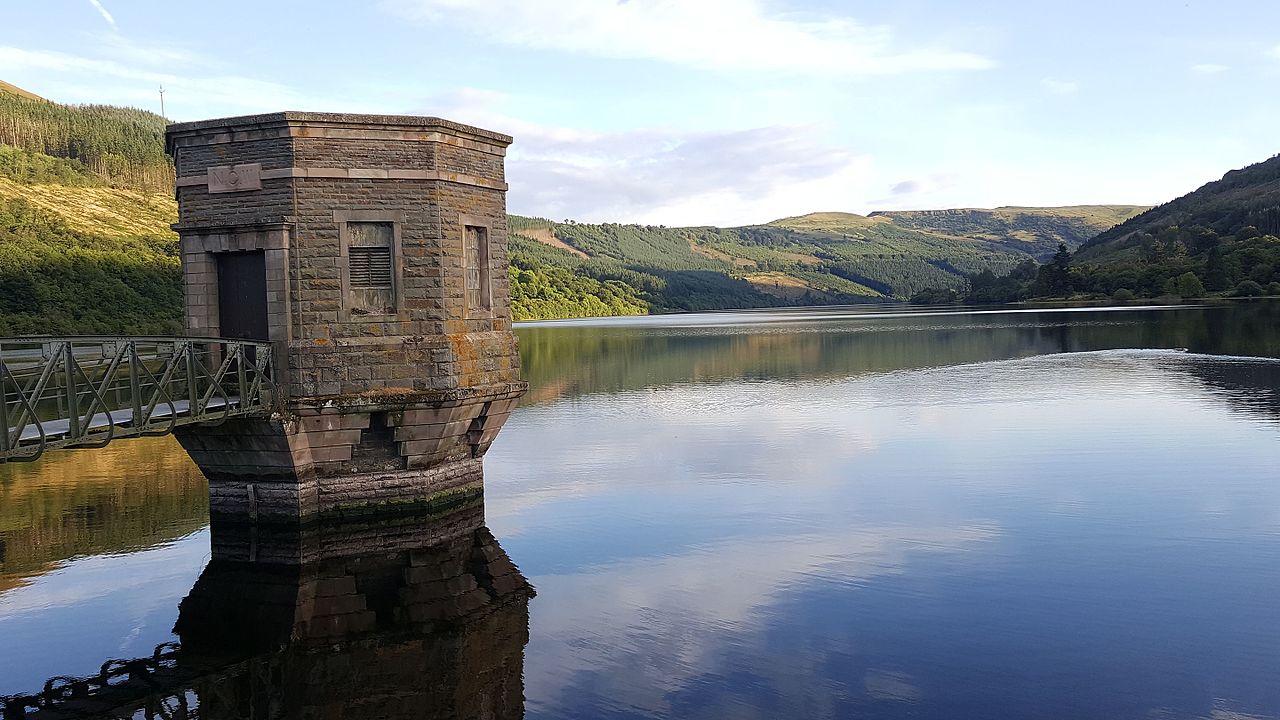 A sensational six-mile stroll around the rim of Craig Fan Du, the bare, grassy ridge of a horseshoe-shaped valley, before diving into the steep cut of the mountain stream in the middle. It starts with a steep, 1,500ft climb (from the Forestry Commission Blaen y Glyn car park just past Talybont reservoir) and as you reach the rim the world opens out before you, dotted with the white flecks of wandering sheep.

The walk, much of it on the flat, follows the dizzying edge above grassy slopes, stone steps crossing the stream near its start, before circling around and taking you past the wreckage of a Wellington bomber that crashed in 1942.

The sheep stare as you tackle rocks and grassy humps on the way down. At the Caerfanell, a stream that cuts through the middle, a path of sorts takes you into trees and over rocky outcrops as the water splashes over a succession of small falls. Just before the road path up a tributary gives you a couple more falls before reaching the car park. 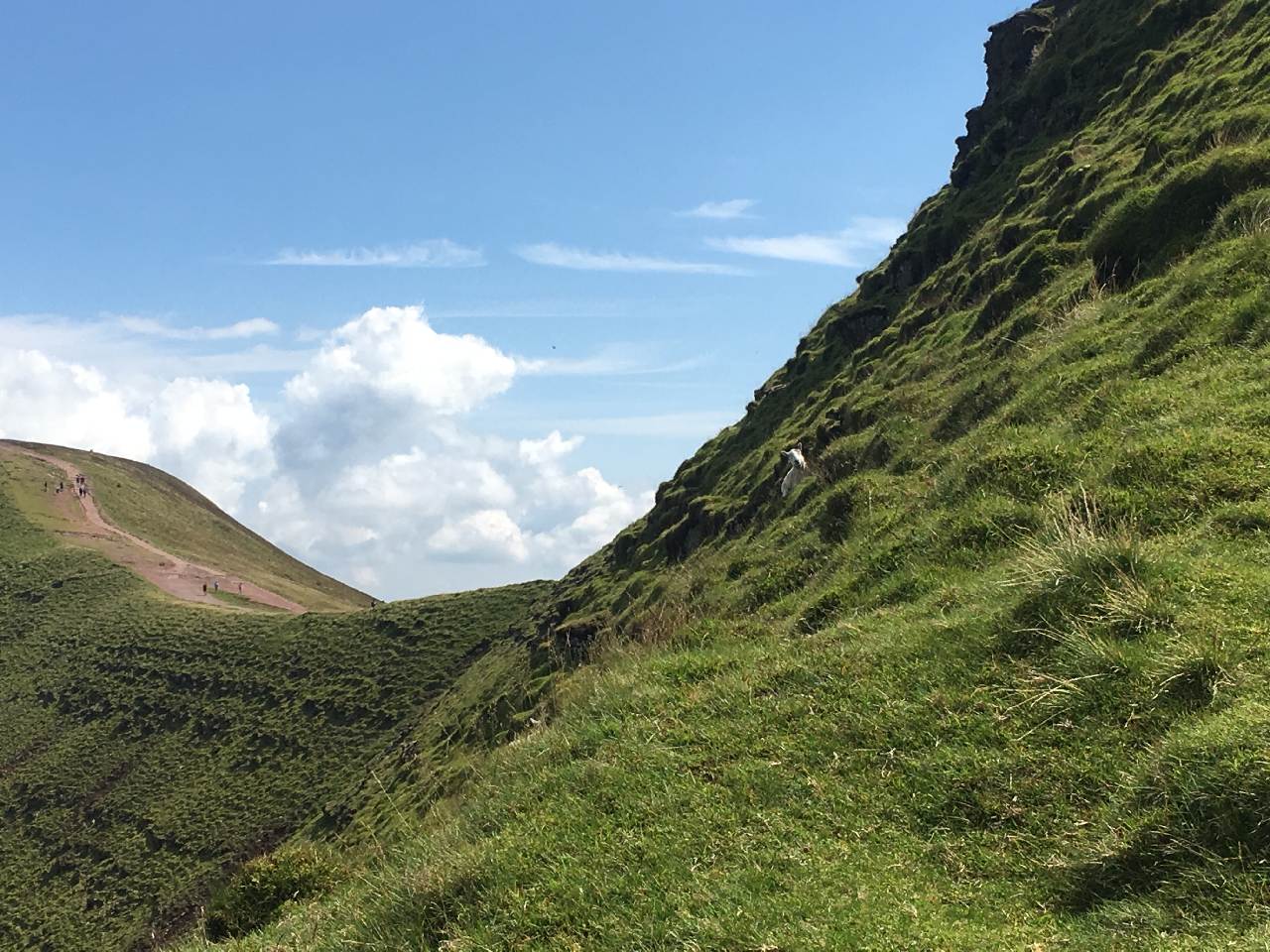 Pen y-Fan is the highest peak (2,906ft) in southern Britain and a tourist trail. Dozens of holidaymakers take the straight, relentless path to the top where there are two anvil–shaped summits (with steps) to climb, one Pen y-Fan itself, the other Corn Du, both flat and slatey with 360-degree views.

Most visitors head straight back down but a circular route does steeply off in another direction, crossing a gurgling stream, rises again then drops back to the road and National Trust’s free Pont ar Daf car park (at 1,440ft itself, which is why the climb isn’t more hard-core) on the A407. 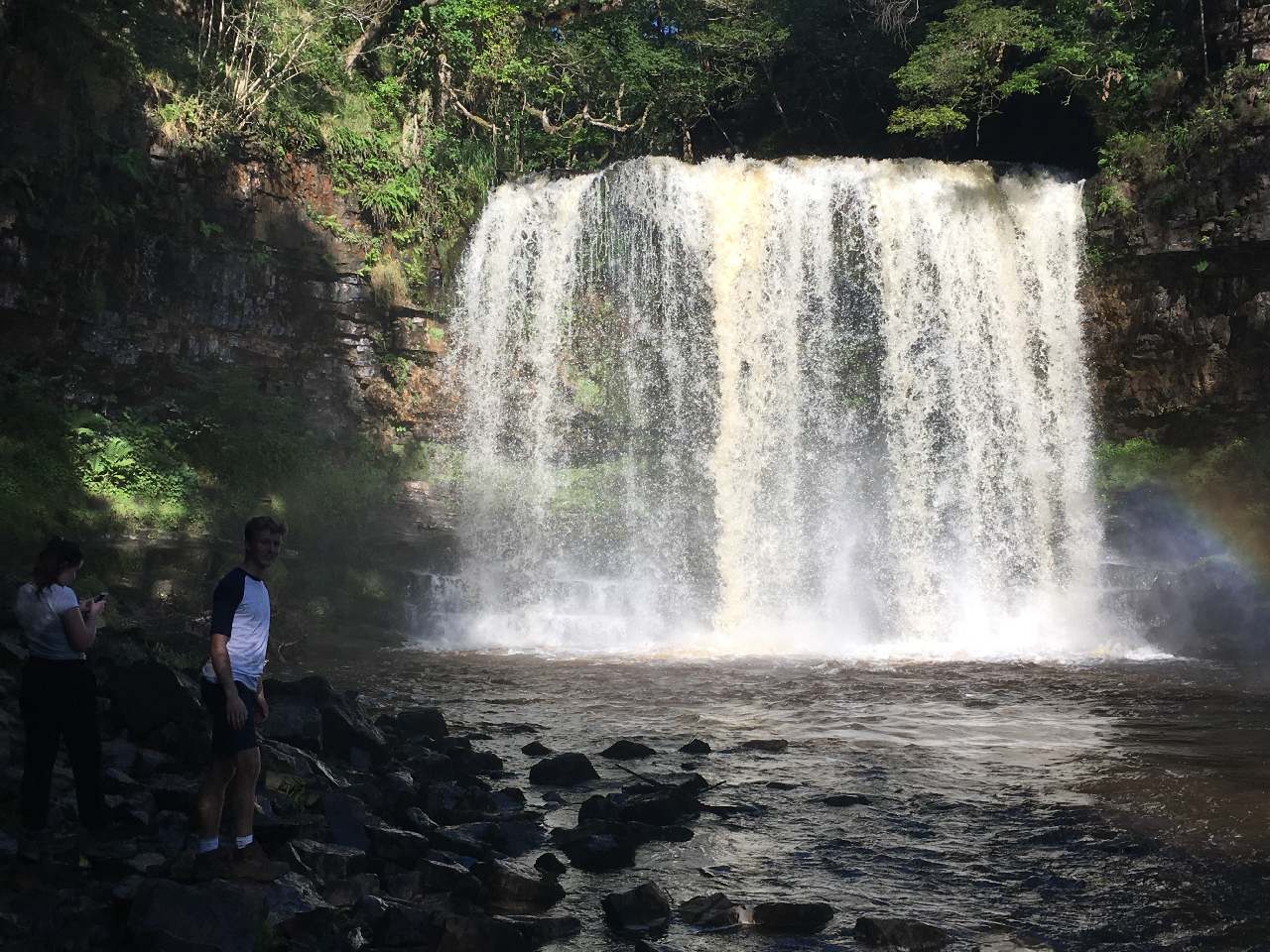 Sgwd-yr-Eira is one of the most glorious waterfalls anywhere, a dreamlike spray of water crashing into a deep, lush ravine that’s reached by nearly 200 steep steps – walk right up to it on the rocky river bank for a soaked selfie, and even walk behind it when water levels are low.

This four-mile forested ramble takes in several other big ones too, with views from above and below. You can approach from several directions but the Gwaun Hepste car park and picnic area just off the A4059 is handiest for Talybont. 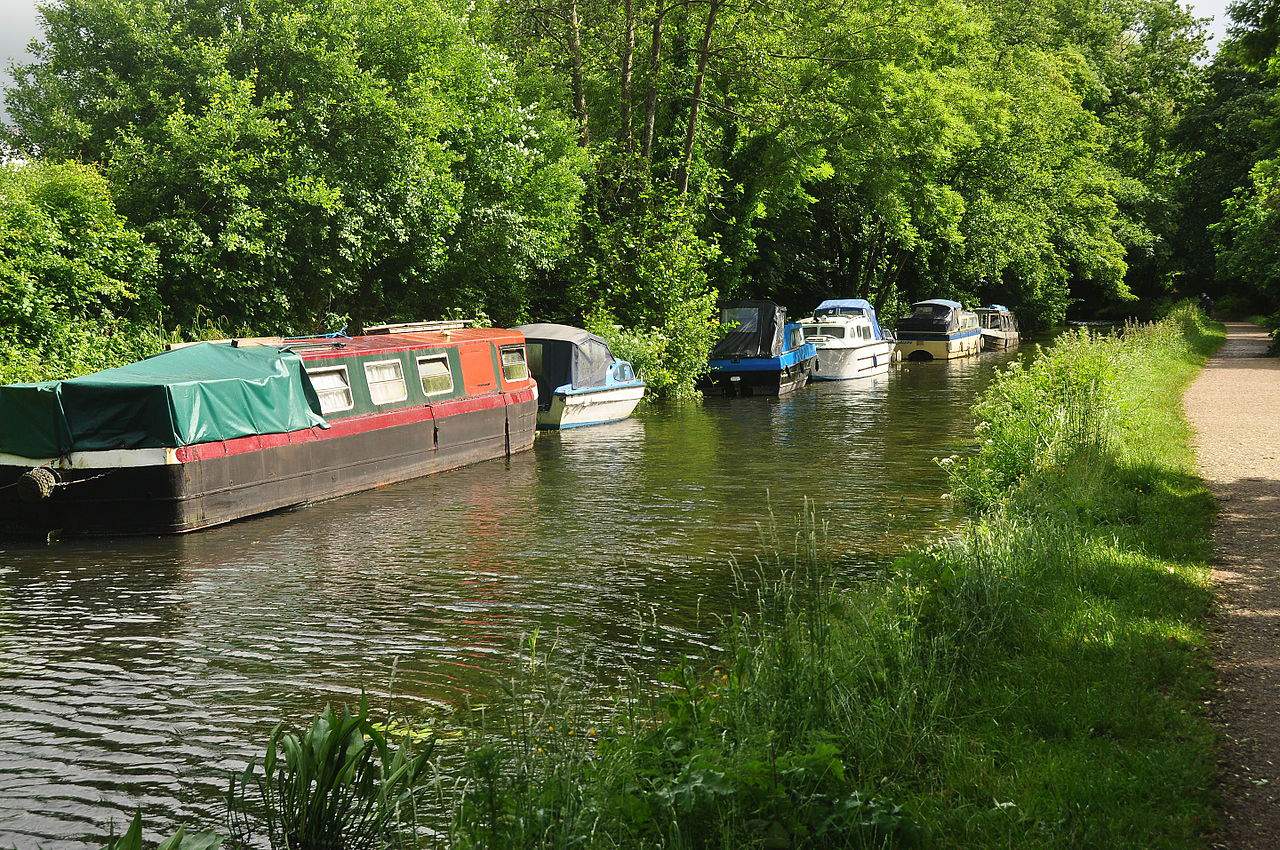 The only climb on this stroll is up to the towpath as the canal, completed in 1812, passes through Talybont on a hillside above head level. The other seven miles is an idyllic, leafy stroll, past little drawbridges that let farm vehicles across, past sheep-strewn meadows, alongside the River Usk way below us and then over it on a four-arch aqueduct at Brynich. We passed dawdling holiday narrowboats while a family of swans, with five fluffy grey cygnets, passed us. Approaching Brecon’s town centre canal basin there are monuments to industry and a canal-side tramline. Grab a local ice-cream at the canal basin café then the X43 bus back. 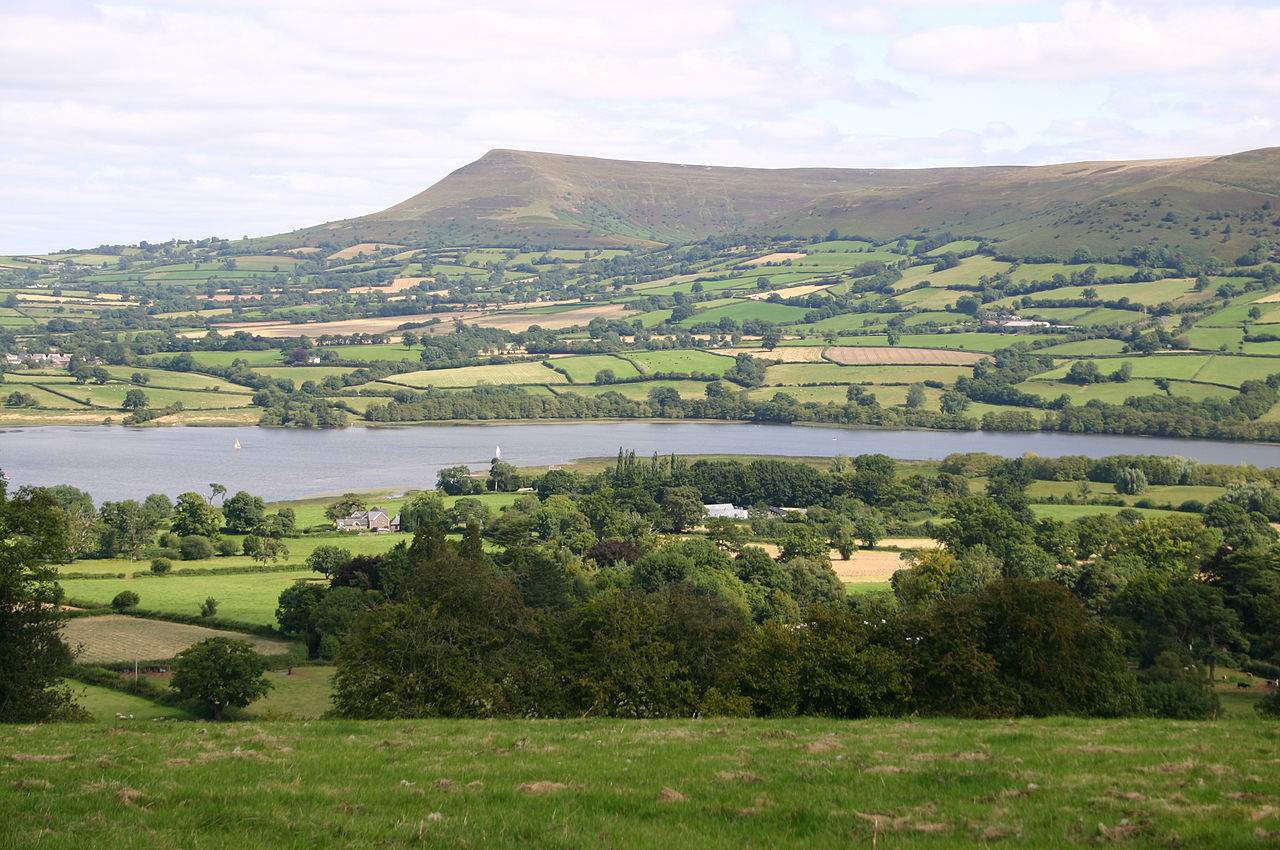 This celebrates the 17th-century poet, author and physician but you need neither rhyme nor reason to enjoy the gentle several-mile meander around Talybont.

The loop briefly follows the canal then crosses the bridge by the White Hart pub (a pork scratching’s throw along from the Star Inn and next to the little aqueduct over the splashing Afon Caerfanell). It climbs Brinore Tramway path (which carried iron and limestone 200 years ago), past Vaughan Garden (filled with herbs and medicinal plants) and across the river and fields. Over the valley are stirring views of the Allt, a verdant hillside with the village of Llansantffraed at its foot, where Vaughan was born in 1621 and now lies in the churchyard.