A great value manor house hotel and spa Billesley Manor Hotel and Spa was once a favoured haunt of the Bard.

Standing proud amid its 11 acres of well-tended grounds is the imposing Elizabethan manor house, Billesley Manor. And quite rightly so.

This Manor House, along with its small Saxon church, is the sole survivor of the original hamlet of Billesley after it was decimated by the the14th century Black Death, thought to be the most fatal pandemic ever recorded.

It’s fortuitous that it did as this is where William Shakespeare’s penned his pastoral play “As You Like It” in 1599. You can still see the exact spot in the hotel’s library (named after the play) where he wrote it.

And rumour has it that the Bard married Anne Hathaway in the tiny All Saints Church on the edge of the grounds. The church still has its original 12th Century stone carvings, and apparently, it remains an ongoing concern which means you can get still hitched here.

The grounds are worth exploring, not just for the church but also for its highly manicured topiary whose bushes resemble chess pieces.

The hotel’s provenance bodes well for a satisfying stay, but even more compelling is that it has recently had a lavish £5.6 million refurbishment. 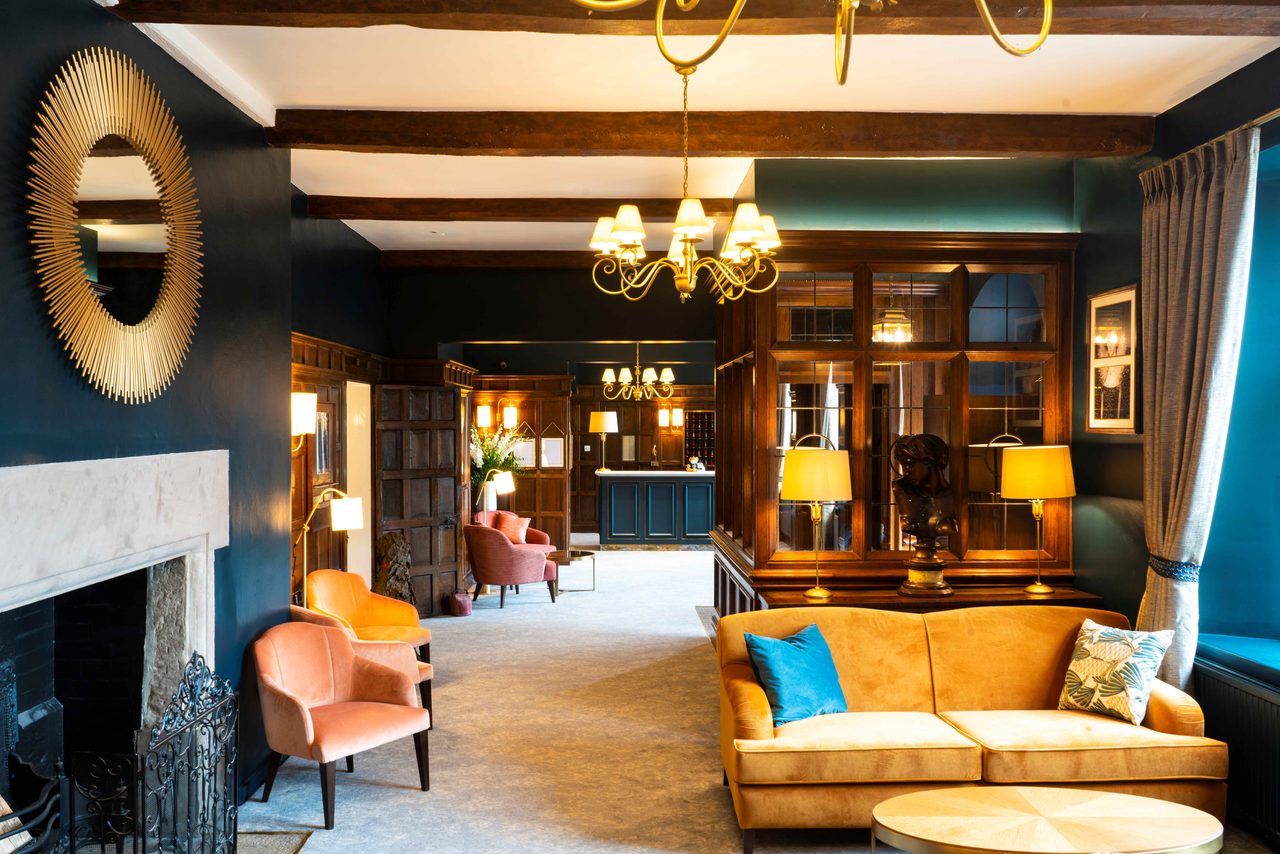 It’s great for romance and weekend getaways and for those who could do with inspiration to pen their own stories. 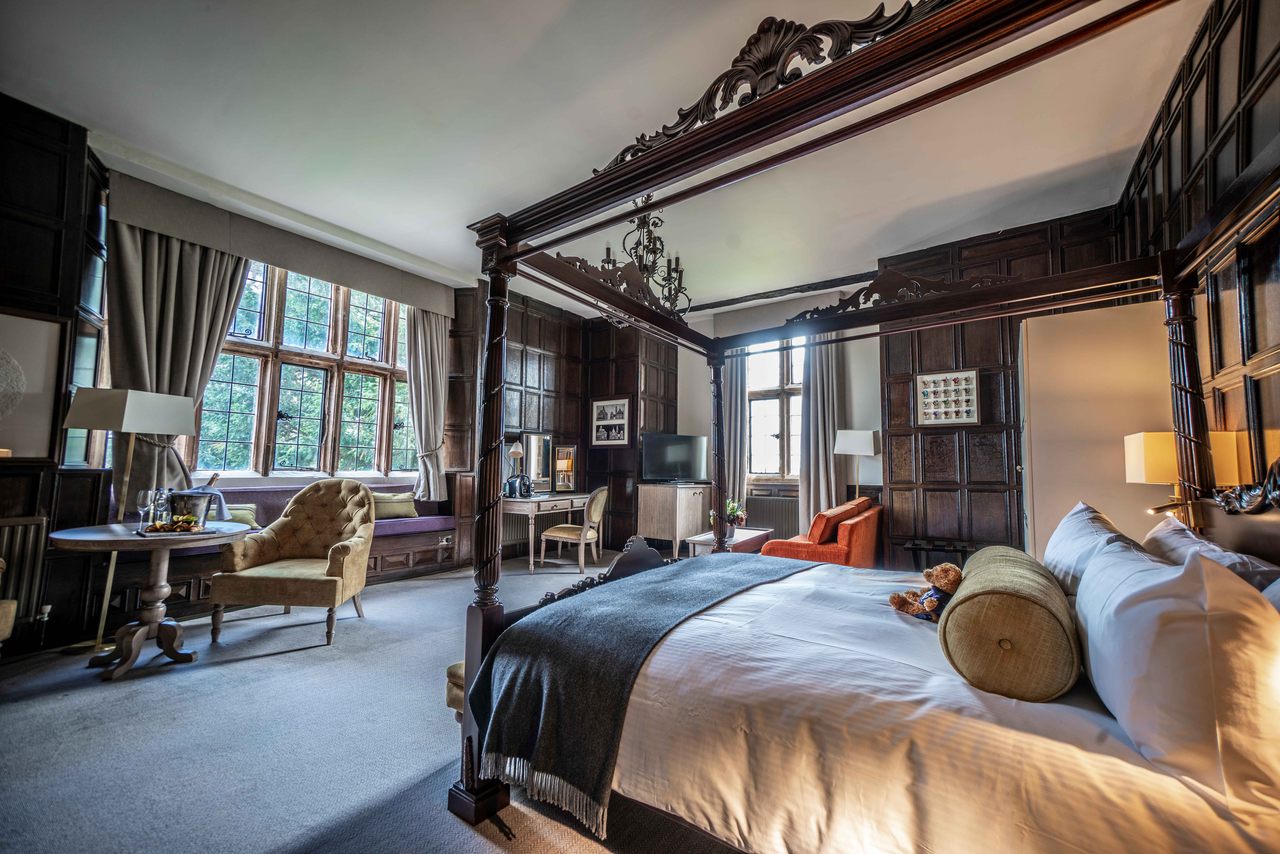 There are 71 rooms of various styles depending on their locations in the hotel. Some come with four-poster beds – the bridal suite is awe-inspiring – others, like my abode room 6, are pleasant and spacious with armchairs and a desk and kettle with tea and coffee.

There’s a bar in the living room with a knowledgeable bartender on stand-by to mix whatever cocktail you like. It’s great for pre-dinner drinks or to take afternoon tea. On sunny days, tea can be taken alfresco. 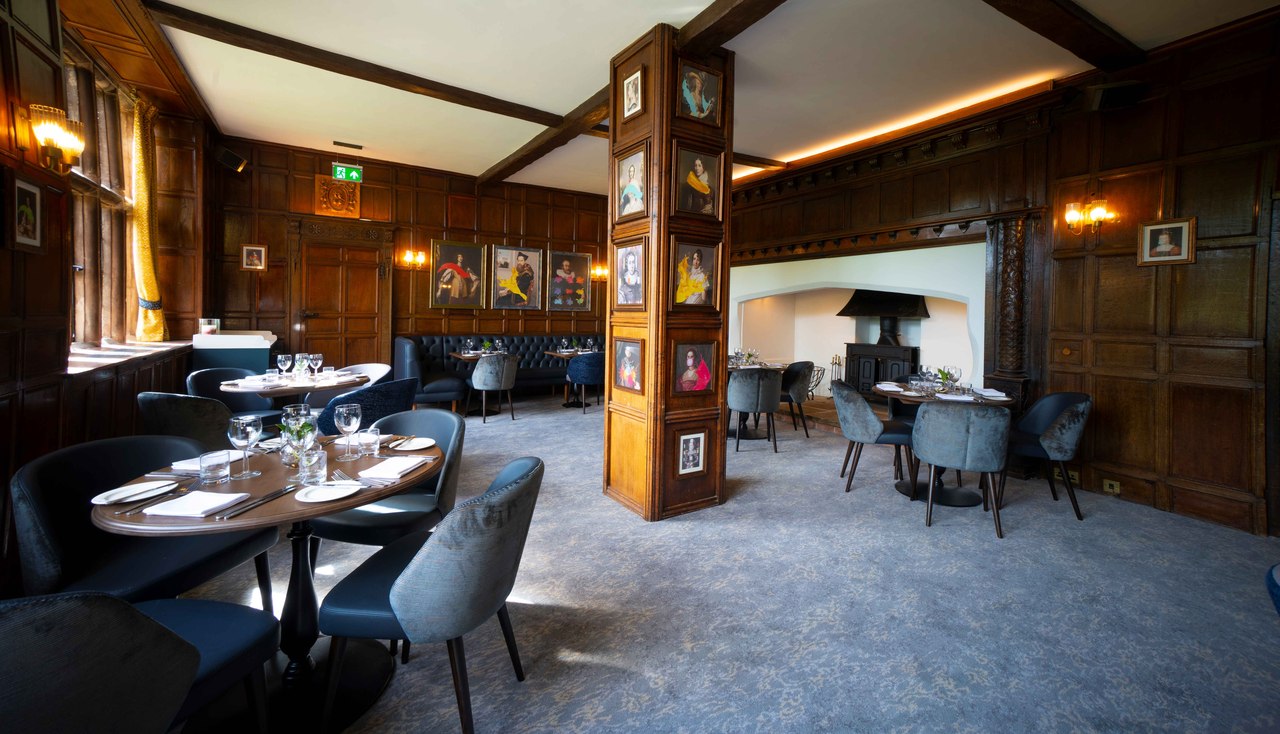 The Stuart restaurant is where the food action is at. It’s split into two rooms, each small enough to retain some intimacy. Strange artworks add colour and interest to the wood-panelled walls and the blue furnishings.

The menu is interesting with starters such as a  truly delicious smoked mackerel with apple, radish and caviar and chicken liver parfait comprising chicken skin, pickled mushroom and black garlic. The mains included roast breast of chicken with truffle mash, mushrooms and burnt shallot and a blade of beef served with celeriac and baby vegetables.

Breakfast is a full English buffet on busy days and waiter service and cooked breakfast during quiet periods. 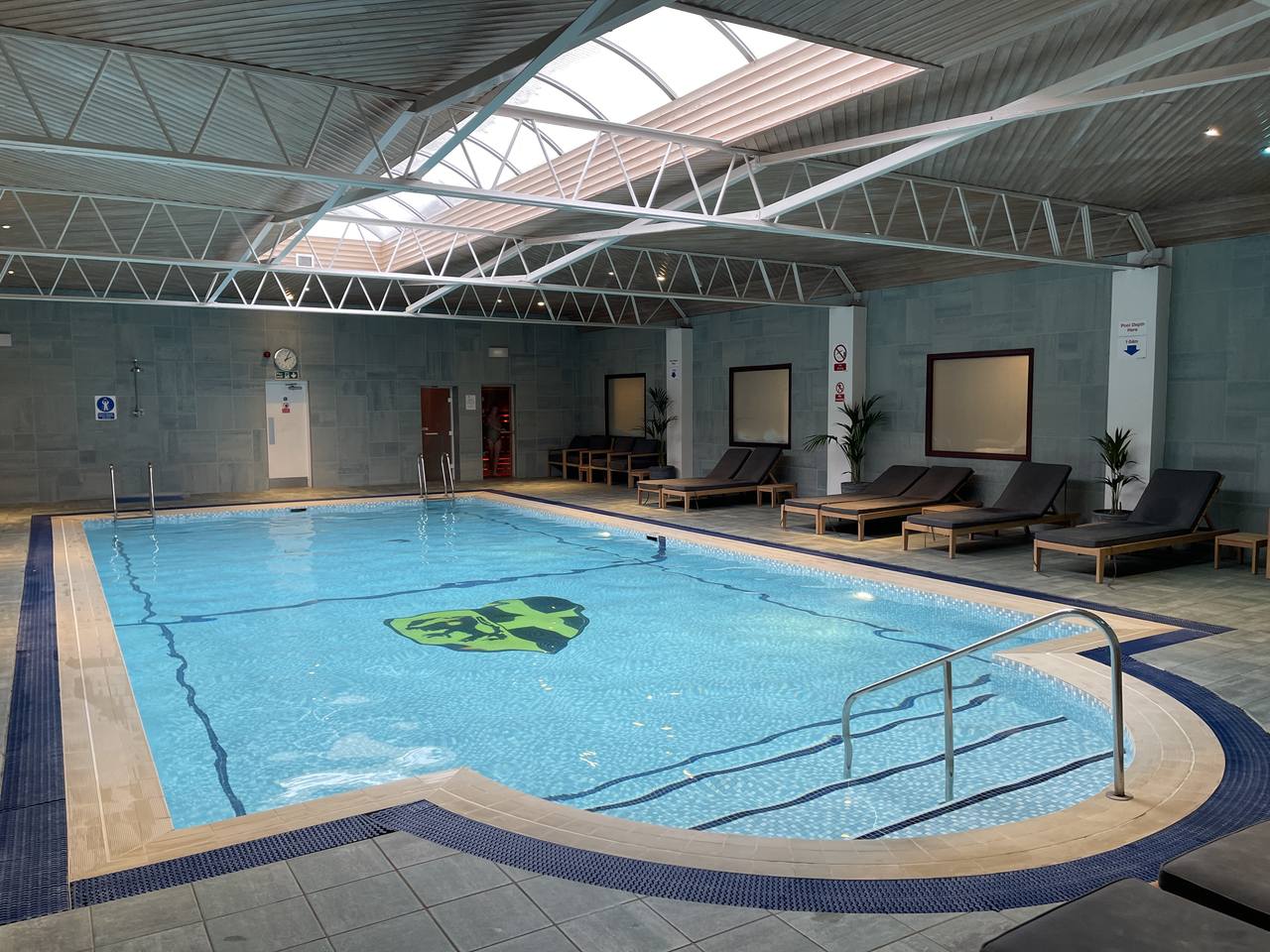 Billesley Manor has a generously large swimming pool, a gym, a spa with plenty of high-end treatments, and a tennis court.

Bedrooms cost from  £79.50 per person for a 1-night stay in a Superior Double or Twin room.

Book your stay at Billesley Manor

A ten-minute drive from Billesley Manor is Stratford-upon-Avon, an 800-year-old market town whose buildings would have been familiar to Shakespeare’s most famous son. The city is home to the  Royal Shakespeare Theatre – RSC. (Check out what’s on here). And the Shakespeare Distillery, a must-visit if gin is your tipple, to enjoy their worthwhile tasting tour.

Relax by a fireplace, take a dip in the pool, enjoy a massage, play tennis or simply wander around the Victorian-era topiary. There’s plenty to do during a short break here so feel free to enjoy it – as you like it.