Founded in 1983 as a French language event in 1985 the festival expanded to English language and today attracts performers from around the world.

Each day, performers, “New Vaudevillians” and other acts both vocal and visual perform throughout the city, particularly in the “Latin Quarter”—an area known for its theatres, cafés and boutique shopping. In the evenings, the nightclubs and live venue theatres offer special programs supporting the performers.

Although Just for Laughs attracts spectators from around the world, many of those in the audience are talent scouts, booking agents, producers and managers from the entertainment industry. Performing at the festival is one of the biggest opportunities for undiscovered talent to showcase their act in front of industry professionals. (Source: Wikipedia) 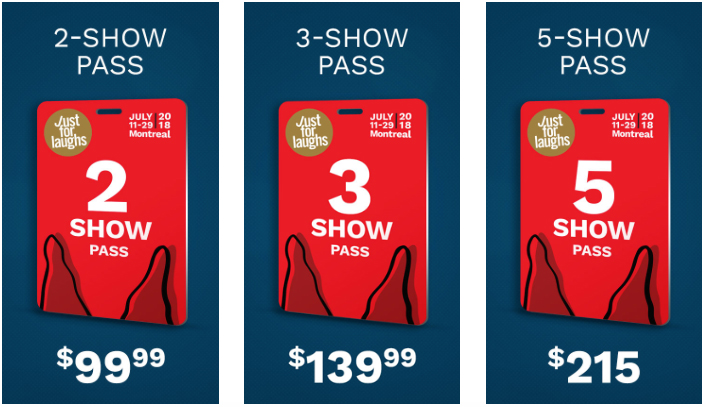 The Ethnic Show boasts a mélange of ethnically-diverse comics who all speak the universal language of funny… for everyone to enjoy. Don’t miss this rainbow coalition of comedians who’ll poke fun at traditions, customs and cultures in the most hilarious ways. No matter who you are or where you’re from, this cultural melting pot of comedy is for you! It’s as multi-cultural as Montreal itself.

The Nasty Show is back and it promises to be the most raw, shocking, foul, filthy comedy show of the Festival. No topic is off limits! Year after year, this humorous-yet-raw comedy event pushes all of the boundaries. Prepare yourself for a night of kill-or-be-killed comedy featuring some of comedy’s filthiest minds, and see for yourself why this is one of JFL’s most popular, longest-running (and nastiest) shows.

EVENT ALERT: Is this the best outdoor London...