Kerala, India – is this really “God’s Own Country”? 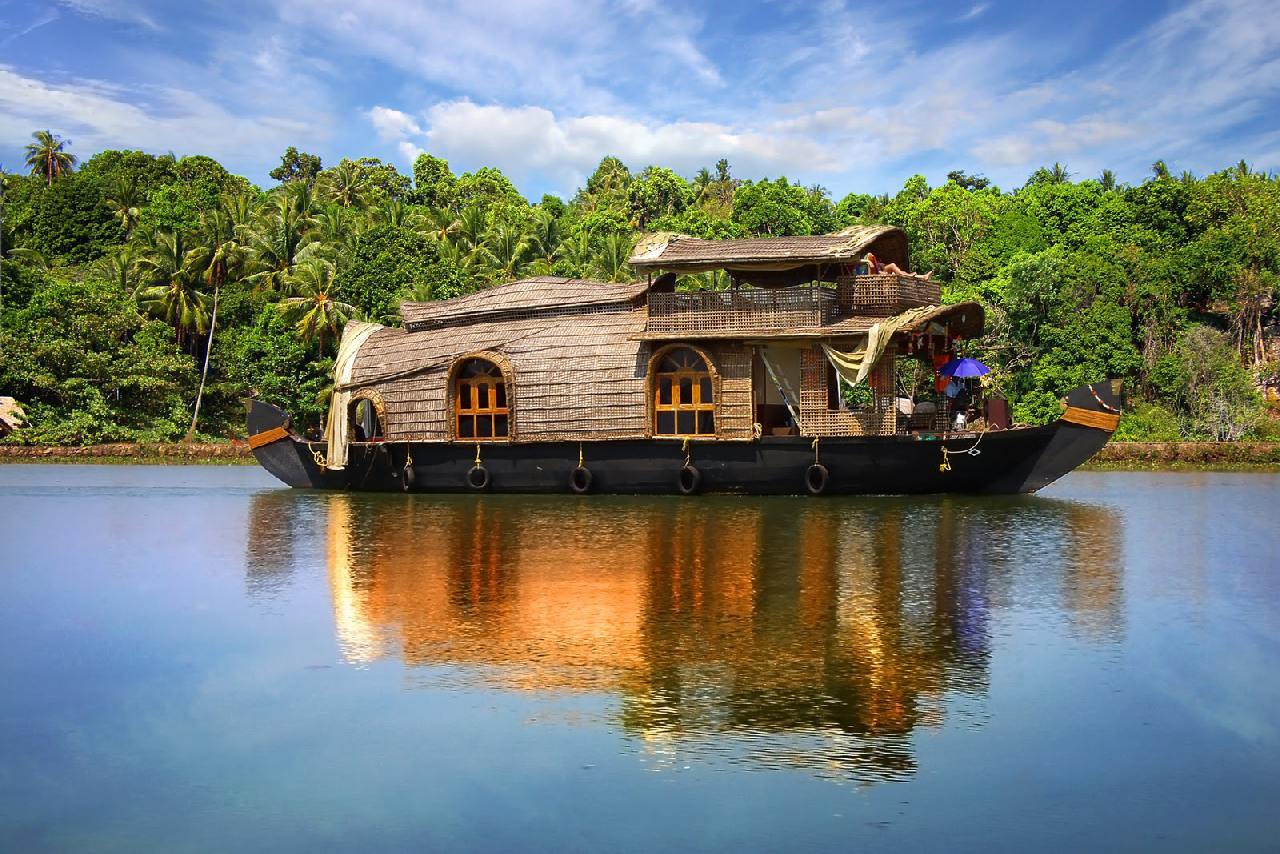 “God’s own country” is a phrase which has been bandied around, used for locations from Yorkshire to Zimbabwe to New Zealand. But whereas in many of these locations it might be wishful thinking, in Kerala, an Indian province in the south of the country, it seems a perfectly reasonable description.

The Malabar Coast and lush backwaters certainly look like paradise, the population has the highest life expectancy and literacy rates in India, and the melting pot of different religions happily coexist. God, we can guess, would be very happy indeed.

Kochi International Airport, the gateway to Kerala, is the first airport in the world to be powered entirely by solar panels. This is quite a technological feat. The journey back in time, and to a simpler life, begins the moment you step outside the terminal building, however, as in the parking lot there are Hindustan Ambassadors (the iconic Indian car modelled on a Morris Oxford), auto-rickshaws, cycle rickshaws, and even an occasional wandering cow! Traffic on the roads is just as eclectic. The buses have to swerve around bullock carts, and if there’s an elephant in the road then everything grinds to a halt. 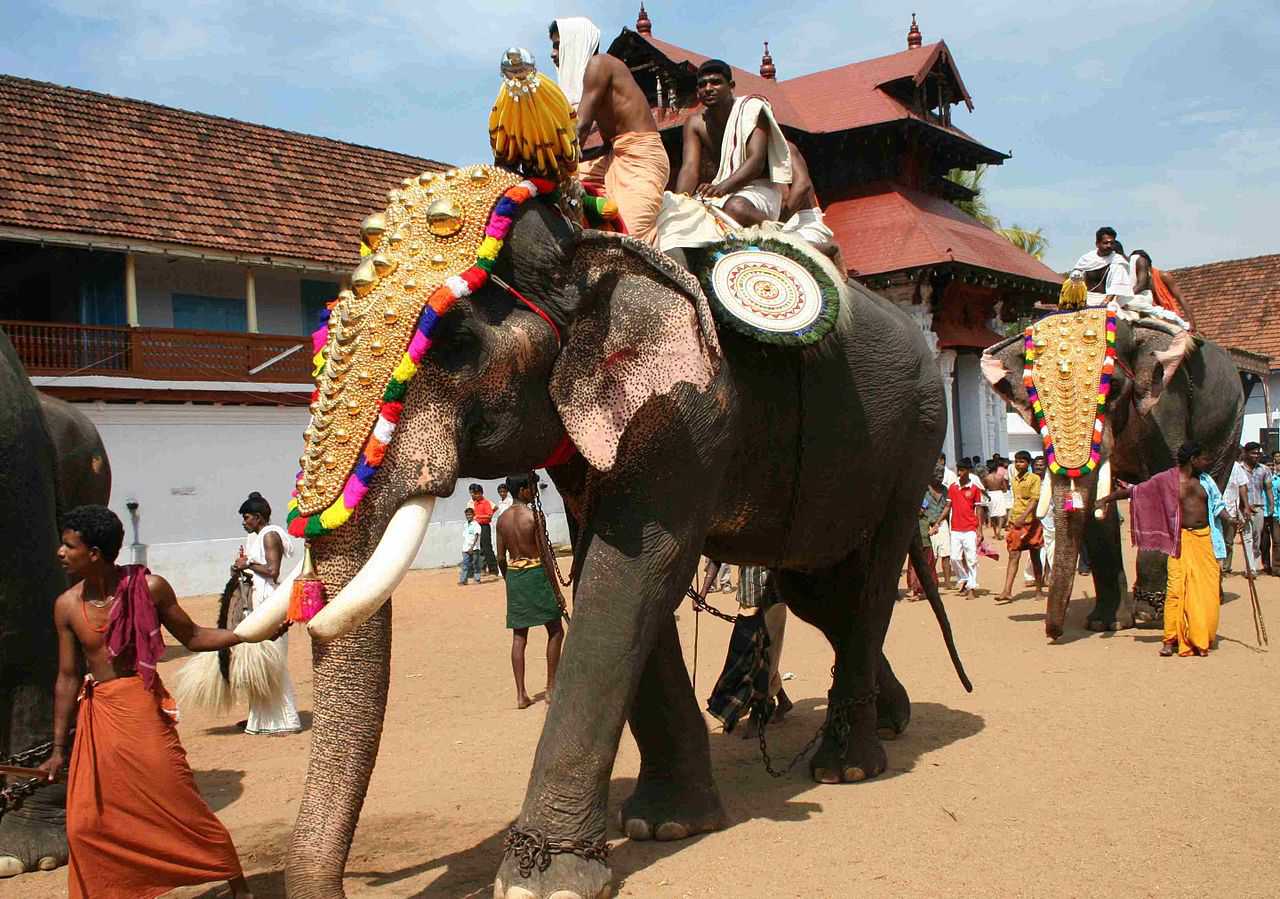 Kochi was historically the port of Cochin, a city of international traders on the Arabian Sea. Spice merchants came here from Portugal in the early 16th century, and the Dutch and British came in their wake. It retains a cosmopolitan feel, with numerous different communities having left their mark.

The Cochin Jews trace their own history back to the time of King Solomon and have their own dialect of the local Malayalam language. There are only two dozen Jews that still live there but you can visit India’s oldest functioning synagogue in the trinket-lined Jew Street in the pretty Mattancherry neighborhood, dubbed “Jew Town”. There are also Syrian Catholic churches; and festivals such as Holi, Eid, and Christmas are all celebrated with great fervour. 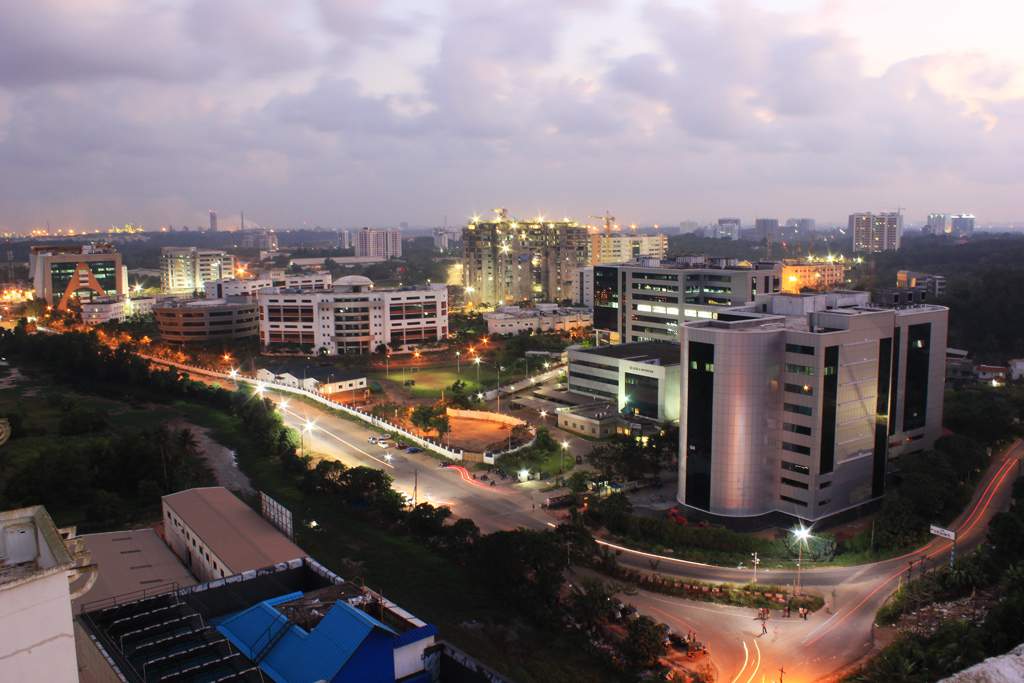 The city wears its rich and eclectic cultural heritage lightly. I pay my respects at St. Francis Church, the oldest European church in India, because it was here that Vasco da Gama — the man who first sailed the sea route around the Cape of Good Hope to reach India from Europe — was buried. His body was later taken back to Lisbon, but the cemetery is still divided between Portuguese and Dutch graves, a reminder of Kochi’s colonial past.

Perhaps the real beauty of Kerala is outside the cities. The Western Ghats, the north-south mountain range which runs through South India like a spine, is a UNESCO World Heritage Site on account of its biodiversity. There are 20 national parks, wildlife sanctuaries, and forest reserves in Kerala alone, not to mention the swathes of jade green tea, coffee, and spice plantations. 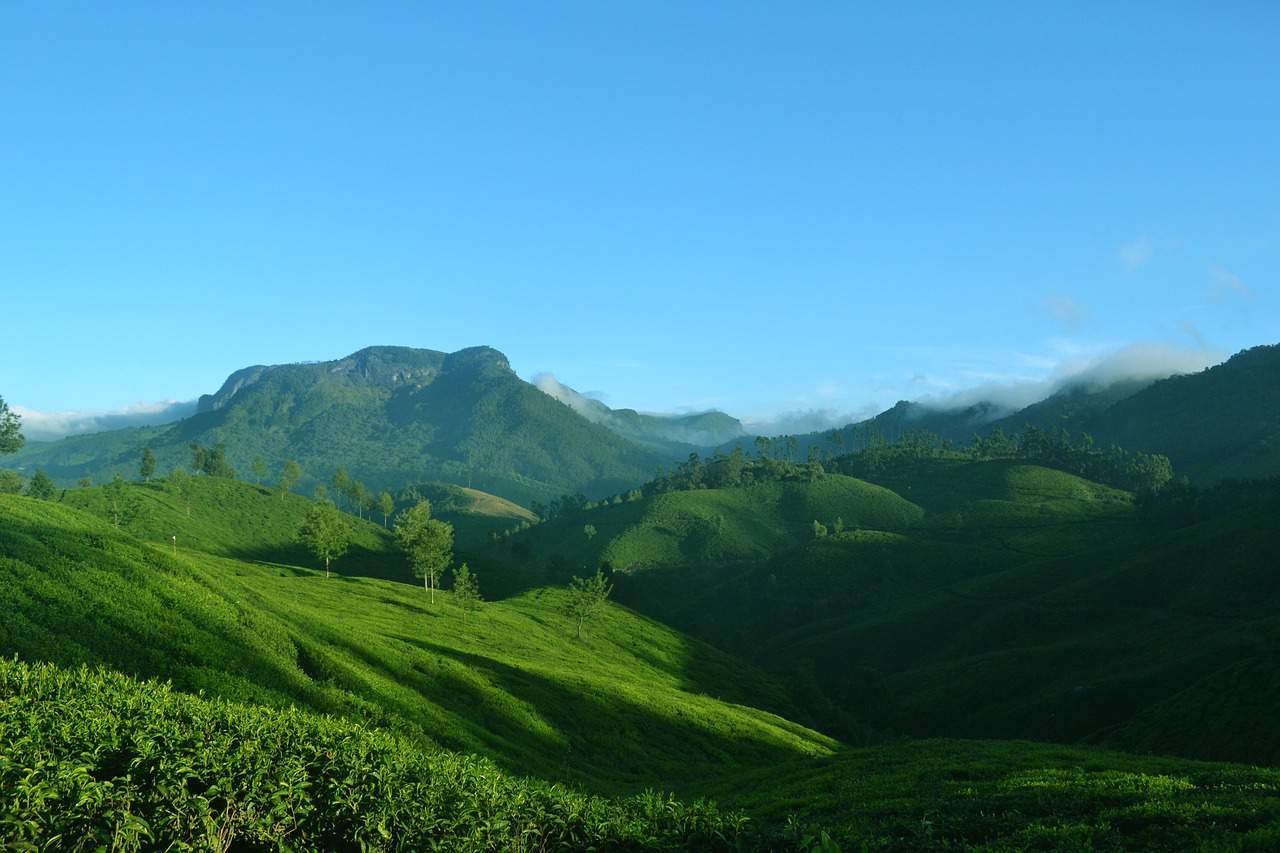 Perched in the mountains near Munnar, the confluence of three rivers, is Ambady Estate, a mist filled valley of cardamon plantations and rainforest. It’s an exceptional site for wildlife spotting: there are macaque and barking deer, Malabar giant squirrel, and, at certain times of the year, millions of butterfly. 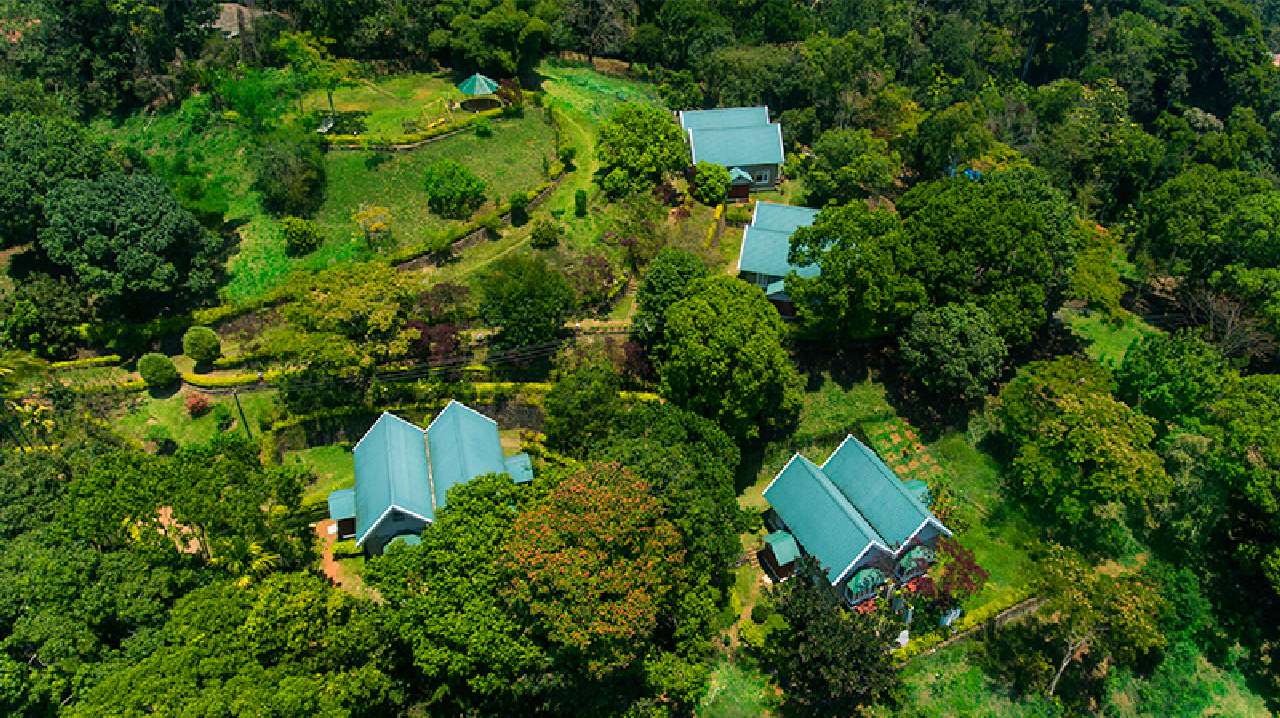 Ambady Estate from above

The treetops are alive with the twittering and singing of birds. Binoculars will help you see them up close, but even with the naked eye you can identify bulbul (forest songbird), barbet, whistling thrush, vernal hanging parrot, and sunbird. Thanks to the altitude, the air is moist and cool, making it the ideal environment for a hike through the Parvathy Hills or a wander around one of Munnar’s many tea estates.

True tea aficionados should make time to visit Munnar’s Tea Museum as well. It is on the Nalluthanni Estate and is run by Tata Tea. If you’ve ever wondered what makes black tea different to green tea, or how the tea gets from the plant to your cup, this is the place to find out. You can follow the entire manufacturing process, and the story is further elaborated upon with photographs and various bits of tea paraphernalia. Tea tasting, of course, is a must, and the local Keralan black tea is especially refreshing. 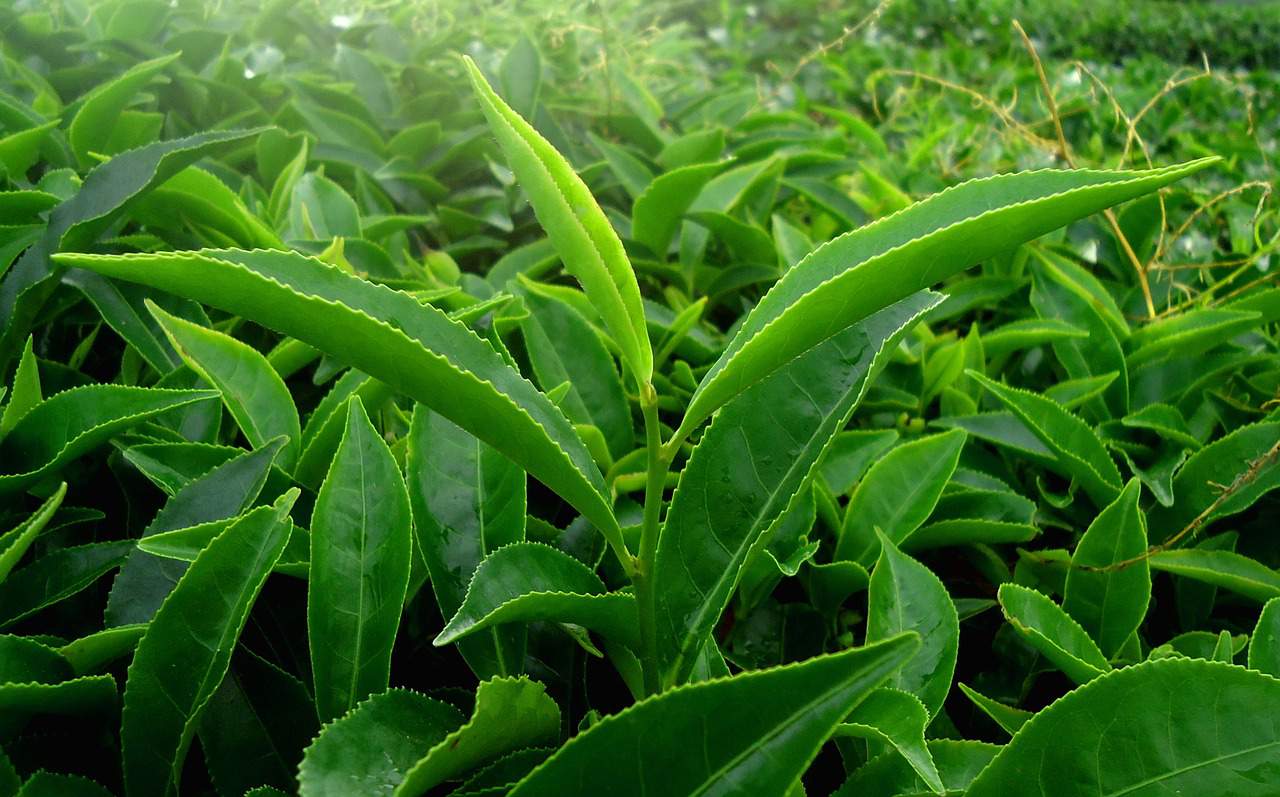 tea leaves on a plantation in Kerala (c) ranjithsiji

Kerala’s lushness, its ever present greenness, comes from the monsoon rains and the backwaters which crisscross the state, bringing their life-giving water. The most fertile agricultural land is, of course, along the riverbanks, and therefore so too are the majority of Kerala’s colourful villages.

The best way to see rural life up close, whether it is women planting in the paddy fields or washing their clothing on the riverbank, is to take a boat and sail through the backwaters of Alleppey and Kumarakom. Plenty of kettuvallam — traditional rice boats — have been converted into comfortable houseboats. They are made entirely of natural materials, from the wooden hull held together with coir ropes, to the curved thatched roof, shaped like the ribcage of a whale.

A houseboat on Kerala backwaters

Kerala’s houseboats are remarkably spacious, and in some cases even luxurious. 100 feet in length, there is typically room onboard for three bedrooms, these days with en-suite bathrooms as well. A private chef will cook up mouthwatering meals from local produce for those onboard, dishes which are seasonal and fresh.

The boats move slowly, allowing plenty of time to watch the world go by, read, fish, or even have an Ayurvedic massage onboard. It’s a slow yet romantic way to travel, and you’ll see a very different side of Kerala than when you are travelling by road.

God may or may not have made Kerala. But if you’re searching for a taste of heaven on earth, a place where you can be as healthy and happy as can be, it is certainly a good place to start.

FLY: Jet Airways flies from London Heathrow to Cochin (Kochi) via Abu Dhabi from £504 return. British passport holders can typically get an Indian e-visa: apply online, then print the visa out and take it with you when you fly.

PACKAGE: Indus Experiences’ Keralan Odyssey is a 10-night tour of the state which includes highlights such as a night on a traditional houseboat as you cruise down the waterways, and a lesson in everyone’s favourite cuppa at the Munnar Tea Museum. Prices for the tour start from £1,645 per person, including return flights from London.

Dunkirk, France: in the footsteps of its military history