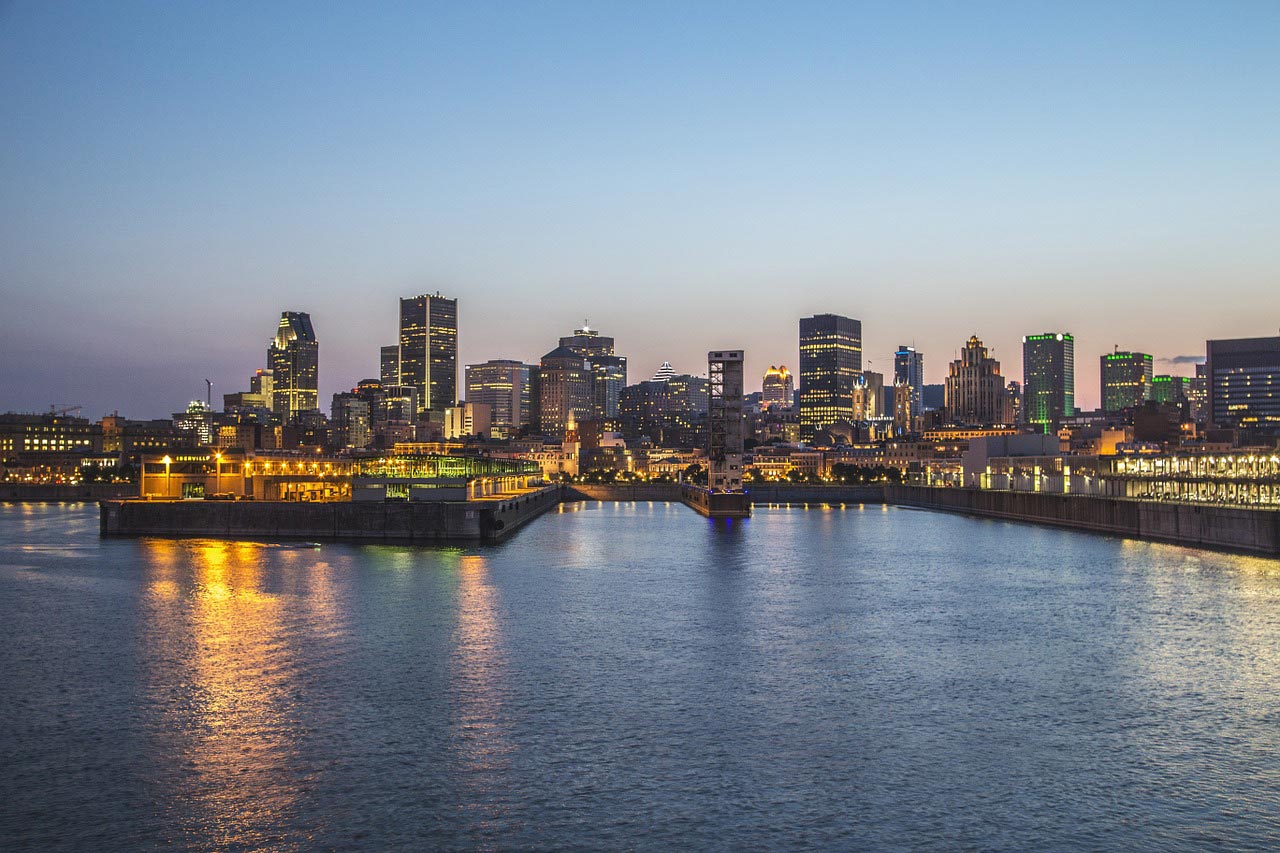 I’ve worn more fetching outfits than this, that’s for sure: a purple plastic jumpsuit over a thick ex-army wool sweater and topped by an orange life-vest. Worse than the look, however, is the sensation of being about to melt into my black rubber bootees. “This kit is not to keep you dry,” says our instructor, “for you will get wet. It’s to keep you warm.” Whatever can he mean?

Twenty minutes later, as the first huge wave crashes over us and soaks us to the skin, I know what he means. For the next half hour we squeal with exhilaration – and some trepidation – as we pitch and spin through white water rapids with names like Hawaii Five-0, the Rollercoaster and, most alarmingly, The Toilet Bowl.

“Over there,” adds our guide, “is a whirlpool so strong that it can suck you down and hold you under even with a life jacket on. If we hadn’t been holding tight before we certainly are now.” 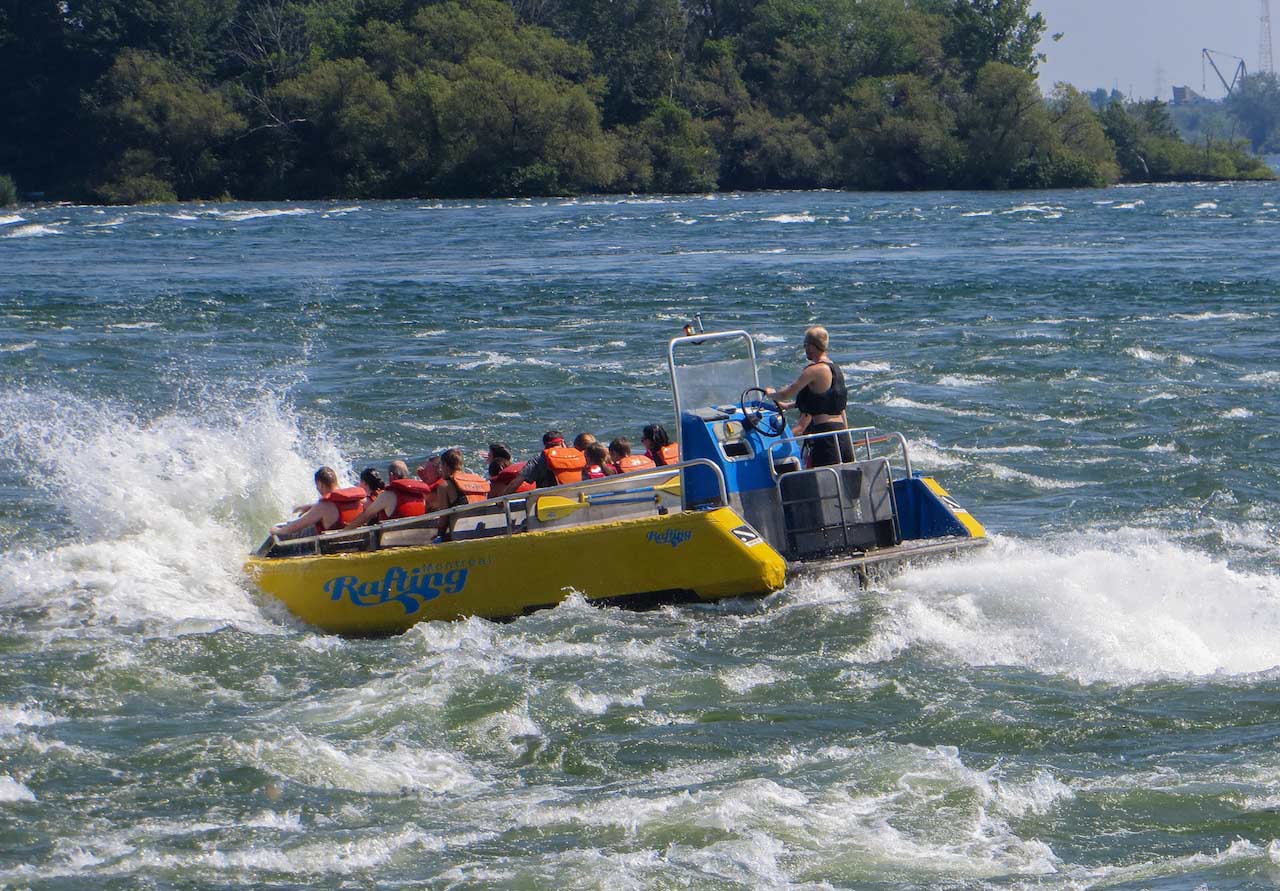 Back on dry land we peel off the gear for which we have indeed been very grateful and accept a cup of hot chocolate. What makes this experience even more memorable is that it’s taken place, not in the heart of some remote wilderness, but in the centre of a sophisticated city. We’ve headed to the white water along a skyline that includes historic buildings, modern high rises, places of worship, museums and theatres, a commercial port, an Olympic stadium and the site of the World’s Fair Expo 67. And behind all that is Mount Royal the cross-topped mountain which gives the city its name.

The Lachine Rapids, in fact, are the reason Montreal exists: they marked in the old days the point at which the great Saint Lawrence river became unnavigable. The early settlers, led by Jacques Cartier who claimed it for France in 1535, decided therefore that the 30 mile long island, the largest in an archpelago of over 70 islands, was as good a place to stop as any.

The driving forces behind the city’s growth were both sacred and secular. In the mid 16th century, France sent over a group of missionaries to convert the local Iroquois Indians while hunters trapped beaver and other animals to feed the demand for fur back in Europe.

The influence of the Catholic Church was wide-reaching. The city was originally called Ville Marie and dedicated to the Virgin Mary and until well into the 20th century no building was allowed to be taller than the local church. Even today, no skyscraper must go higher than the cross on Mount Royal. The loggias – or exterior walls – which cover many of the beautiful wrought iron staircases in the old Plateau area are said to have been constructed at the behest of the church which found their serpentine curves too voluptuous.

Over the years though waves of immigrants have flowed into the city, setting up their first homes along the Saint Laurent Boulevard or Main Street as it was known with the result that Chinatown gives way to Little Italy which becomes the Portuguese quarter which merges into the Jewish neighbourhood. The city has a Jewish community of more than 100,000 and a long history: the first synagogue here was founded in 1768. Famous sons include Mordecai Richler and Leonard Cohen.

Explore Montreal on foot or by bike

One of the charms of the city is that much of it is easily walkable. One stroll, for instance, could take in Downtown where attractions include the Museum of Fine Arts, the prestigious McGill University (founded from a bequest by a Glasgow-born fur trader), Sainte-Catherine Street for the major department stores (at Ogilvy’s a bagpiper still plays every day at noon) and the Golden Square Mile with its fine Victorian homes which were once home to the country’s Anglophone, predominantly Scottish, upper class. 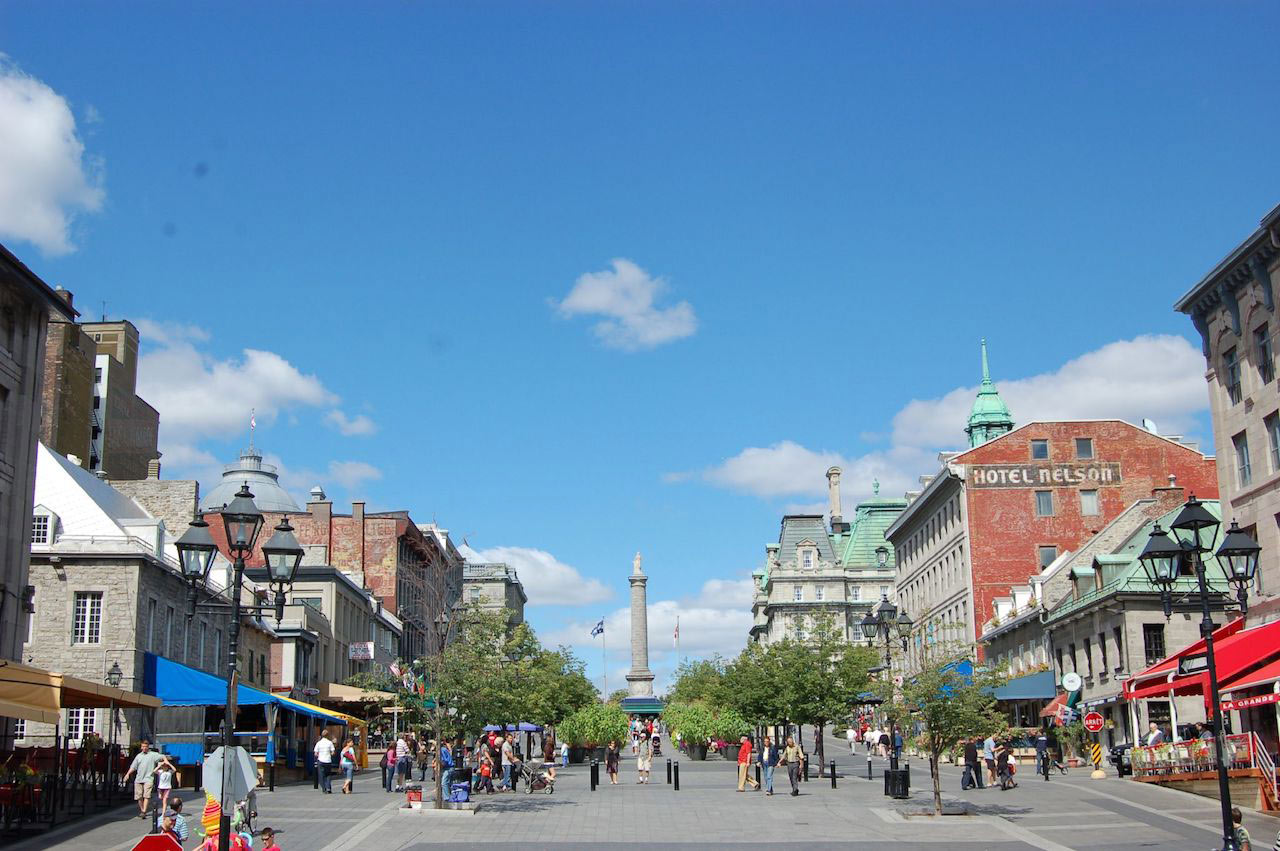 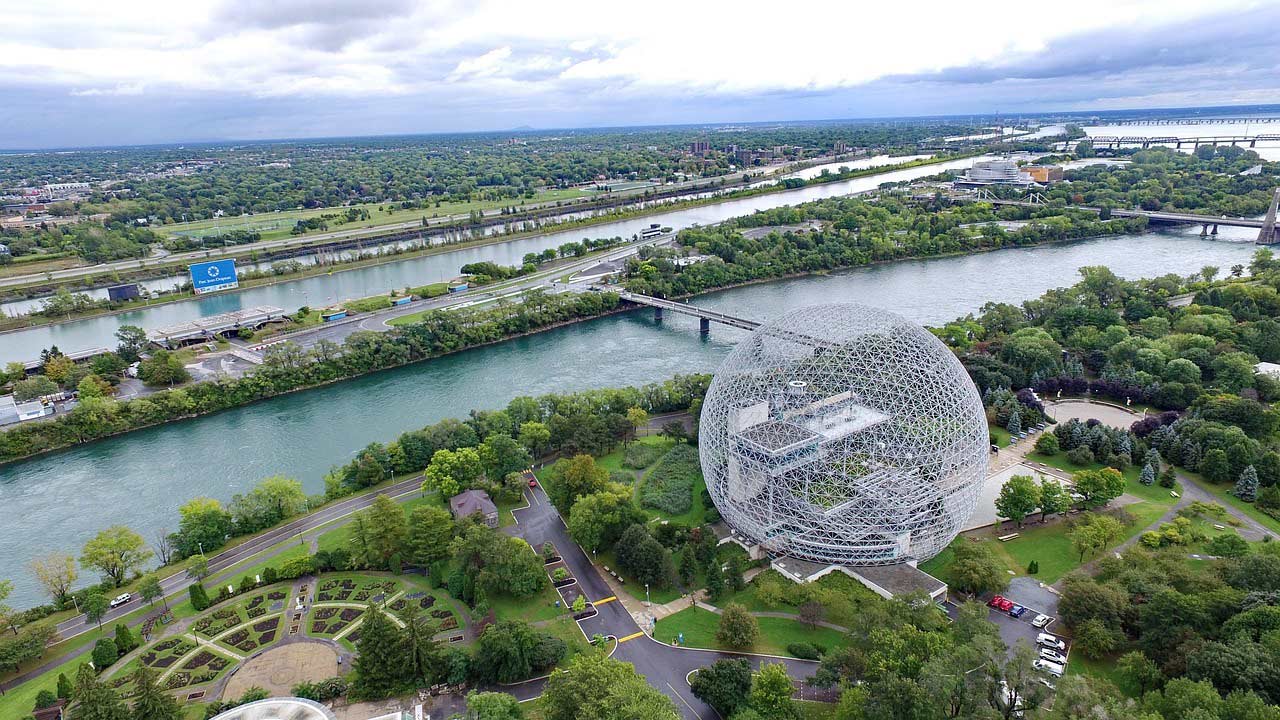 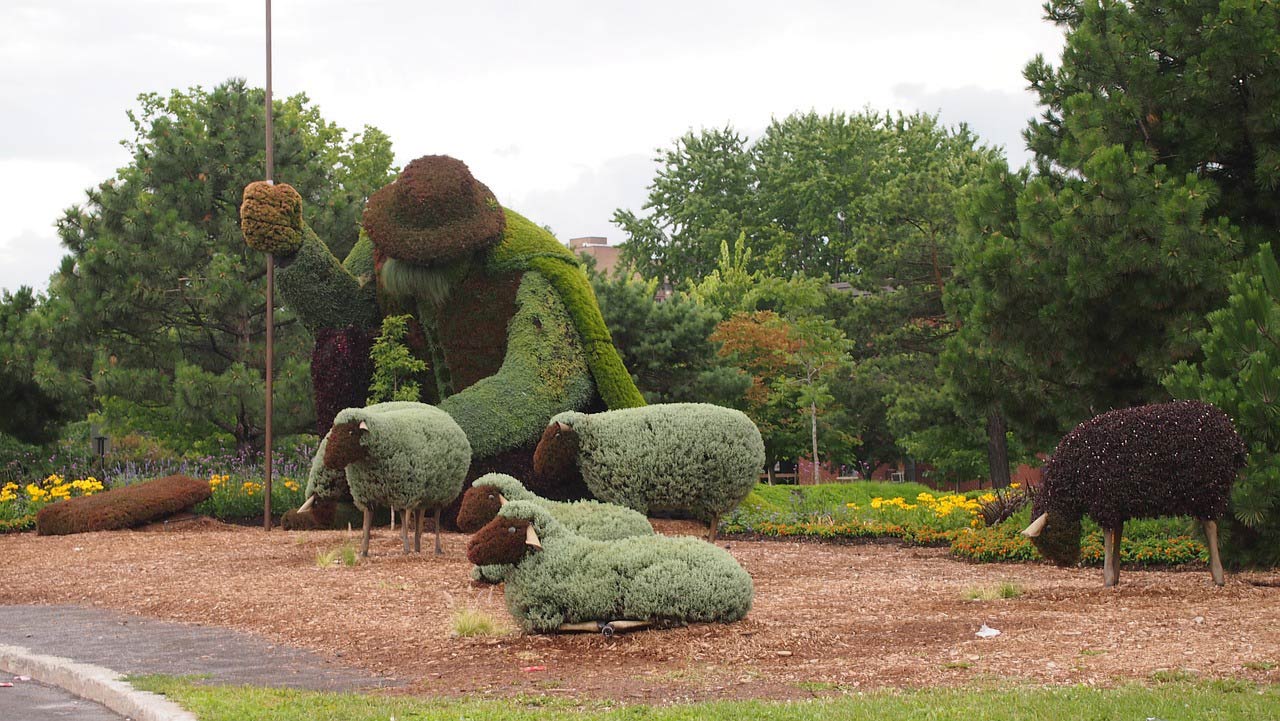 Another circuit could take in Old Montreal and the Old Port: cobbled streets, art galleries and intriguing boutiques. Other tours could encompass the Latin Quarter, the Botanical Gardens (the largest after Kew Gardens in England), Mont Royal Park with the nearby magnificent St Joseph’s Oratory – where the middle flight of steps is reserved for pilgrims ascending on their knees – and the islands of Sainte-Helene with its Biosphere (Buckminster Fuller’s geodesic dome from Expo ’67 now home to environmental themes) and Notre Dame which has a bizarre combination of both a Formula One track (which you can walk cycle or roller blade on) and hundreds of frisky groundhogs.

The city is, in fact, very bike friendly: it has a system of community bikes (visitors might find it as easy to rent though) and there are 400 miles of paths in the city and its surroundings including one alongside the old Lachine Canal.

Even in the depths of the fearsome Montreal winter – average annual snowfall nine feet – the city is pedestrian friendly thanks to a vast underground network of 20 miles of interconnecting passageways which link transport systems, offices, shops and places of entertainment. At one point this masterpiece of engineering even involved the raising of Christ Church Cathedral onto piles while the foundations for a shopping centre were laid underneath. It is the Cathedral’s proud boast that it never missed a service.

Montreal is a city of festivals

Montreal is a fine city, a good combination of French savoir faire and North American can-do. It has handsome buildings, stylish shops, high culture, first rate museums and galleries and enough excellent places to eat and drink to satisfy all tastes and all budgets. It also prides itself on its festivals of which there are dozens a year covering music, dance, film, theatre, sport, fashion, ethnicity, gay life and comedy.

It was rather a shame, therefore, that my only disappointment with the place came at one of those festivals, perhaps even its most famous: the Just for Laughs festival which draws 1.5m visitors and where John Candy and Jerry Seinfeld got their big breaks.

I may have been unlucky but I went to three shows and I found only about half of what I saw even mildly amusing. The rest were a mix of vulgarity, tastelessness and in one straightforward obscenity. And these weren’t fringe, little room-in-a-pub events but £40 a ticket showcases. I have to say that people around me were bent double, positively screeching with laughter. But I contented myself with my impersonation of an Easter Island statue.