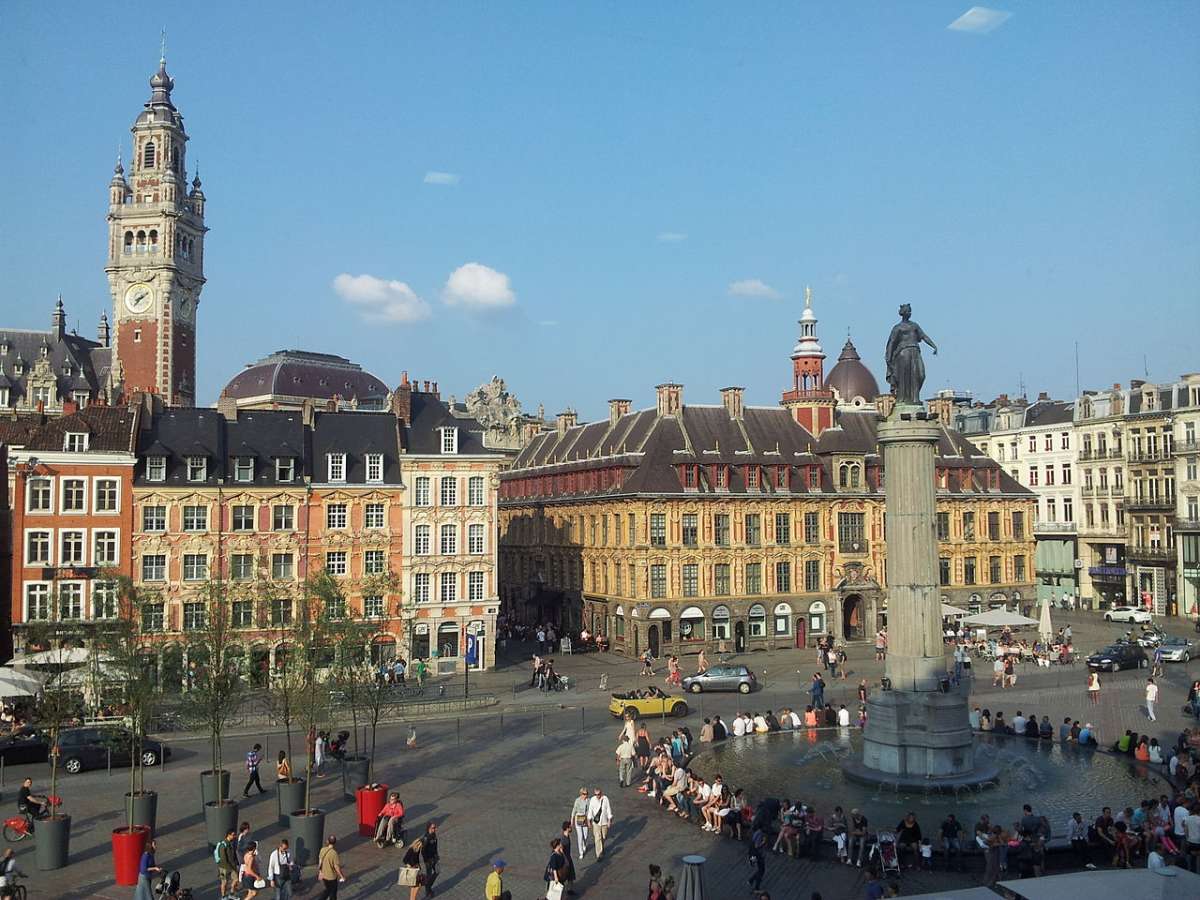 Just 20 years ago, Lille was an ailing industrial town with only a defunct textile industry to show for itself. Since then it has undergone a multi-million euro face lift, attracted world-famous designer shops into its gabled buildings, became a feted university town and got itself onto the Eurostar network.

With its Flemish culture, its Ch’ti dialect, and gorgeous Flemish architecture, Lille has lots to offer Le Weekender.

Nearby at Grand’Place a big ferris wheel offers a bird’s eye view over the city and there’s a merry-go-round dancing to the sounds of Noel.

Top tip: if you get there the Saturday before Christmas you’ll witness Santa as he “falls” from the Chamber of Commerce’s 80-metre-high Belfry.

Life is a Cabaret

Spend an evening at the all sequins and feathers dinner and cabaret show at La Prestige Palace (think mini Moulin Rouge) for a spectacular show. After a three course dinner, the pink and silver curtains draw open, the drums roll, and out come the dancing girls and boys singing tunes like Hello Dolly in Franglais and of course Life is a Cabaret.

You will find world famous designers such as Hermès, Louis Vuiton and Lacoste in rue de la Grande Chaussée to smaller boutiques by individual designers on Lille’s oldest street, rue de la Monnaie so named after the royal mint. The best department store is Printemps (think Debenhams) on rue Nationale or pop by the market in Wazemmes on Sunday morning and rub shoulders with the locals.

Rue de la Clef is great for browsing through shops selling old records and French comics and Euralille shopping mall (soulless but good for rainy days) by the Eurostar terminal houses around 150 shops.

Charles de Gaulle was born in Lille in 1890. His former childhood home on 9 rue de Princesse is now [UPDATE: since 1st January 2014 the house is run as a cultural center, not a museum]. As well as insights into what made him tick, you’ll see the room where he was born, his cot and the robe in which he was baptised. Just around the corner is the Saint-André church where baby de Gaulle got to wear it.

Don’t miss the famous Palais des Beaux-Arts at Place de la République. Considered second only to the Louvre in Paris, this magnificent building has a prestigious collection of paintings sculptures and ceramics displayed over 22000 m². Allow at least two hours to enjoy works by Donatello (in particular the Feast of Herod sculpture), Van Dyck, Toulouse-Lautrec, Rubens, Rodin and Delacroix and the impossibly romantic The Kiss by Carolus-Duan.

Sun King Louis XVI left his mark on the city too. The Grand Gard once used as military barracks is today the Théâtre du Nord – you’ll see his sun symbol sandwiched between the coasts of arms of France and Lille on its pediment.

Also check out the Opera House on nearby Place du Théâtre. On the façade is Apollo surrounded by his muses. To the left is a depiction of Amédée Cordonnier allegory of Music and on the right Tragedy by Hector Lemaire..

Meert patisserie on rue Esquermoise serves cakes and snacks within its filigree interior. A must-try is their waffles (gaufres) filled with sweet Madagascar vanilla. These were loved by Charles de Gaulle and would buy a box or two to present as gifts to visiting dignitaries. At 25 euros for a box of 13 waffles though, they don’t come cheap. 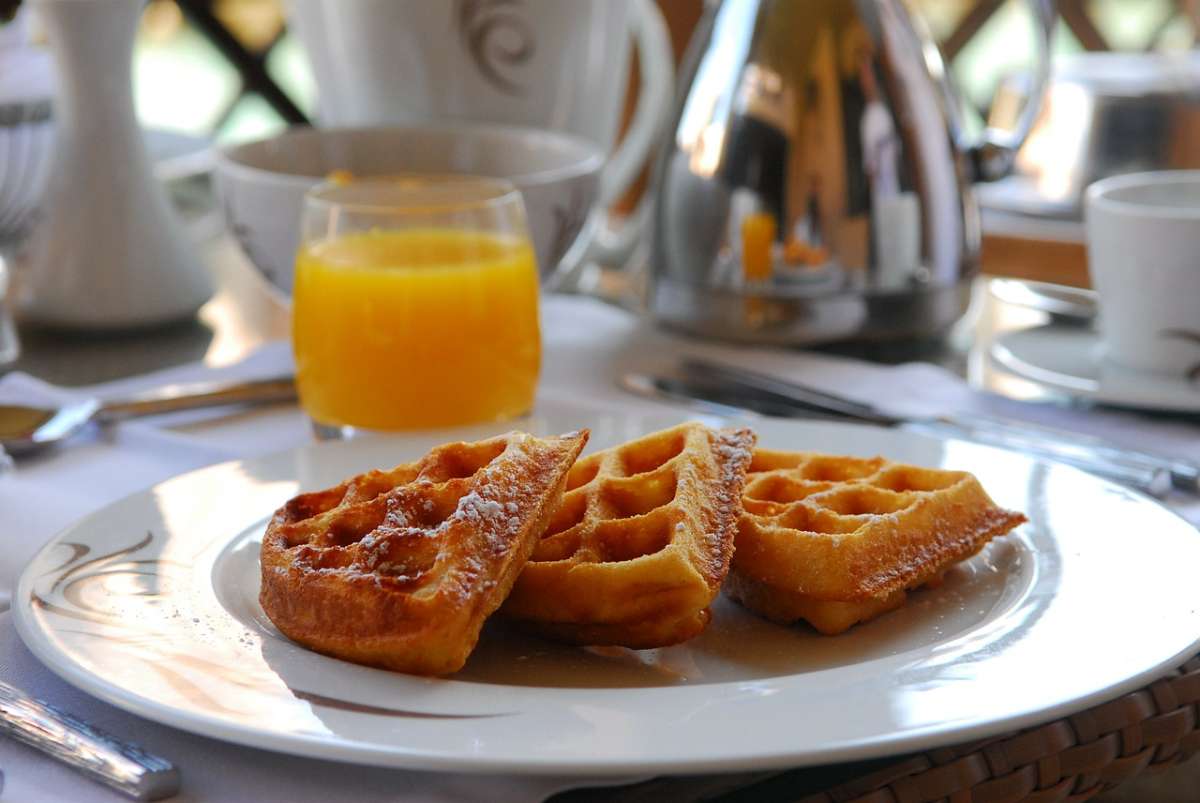 For local fare head for an estaminet – hop decorated, wooden floored Flemish style restaurant. Specialities include carbonnade flamande (beef cubes cooked in beer and brown sugar), potjelvesch (a cold dish of porc, rabbit and veal) and waterzoi (a mix of three white fish). Drink with locals beers and finish off with the local eau-de-vie genevièvre.

For something a little more gourmet, the family run l’Huitrière on Rue des Chats Bossus is a favourite. At its front is a fish shop that thinks it’s an art gallery – Breton art-deco in style with splendid mosaics of fishermen at work. The restaurant at the rear offers fish dishes such as its signature dish of turbot in potato crust with butter. Impressively, the restaurant has managed to maintain its Michelin star since 1930.

For something a little different consider l’Atelier des Chefs on Boulevard de la Liberté. Pop in at lunch time and learn to rustle up your lunch. This could be seafood and mash or a noodle salad with seared salmon fillets and a soy lime dressing or even foi gras. It’s an educational, nutritional and a sociable. It costs 15 euros and includes a pre-made desert and coffee.

Make your way to the next town of Roubaix, birthplace of mail order company La Redoute, to visit La Piscine, rue de l’Esperance. This former art deco swimming pool now serves as a museum. Two huge stained-glass windows on either side reflect in the pool to recreate the rays of the sun. Over 300,000 textile relics are stored and come out in rotation. Other displays include art and sculptures and ceramics by Picasso.

Nearby are factory stores at L’Usine, avenue Alfred Motte. More than 200 brands are on sale at 70% off retail prices. Think of it as a giant Primark where with patience you can uncover some amazing clothes for fluppence. Probably the best buys are at Delsey luggage store, Valery Bijoux for heavily discounted jewellery by designers Guess, Diesel and Dolce & Gabbana and at homeware shops like Genevieve Lethu whose fabulously decorative pieces can jazz up any household.