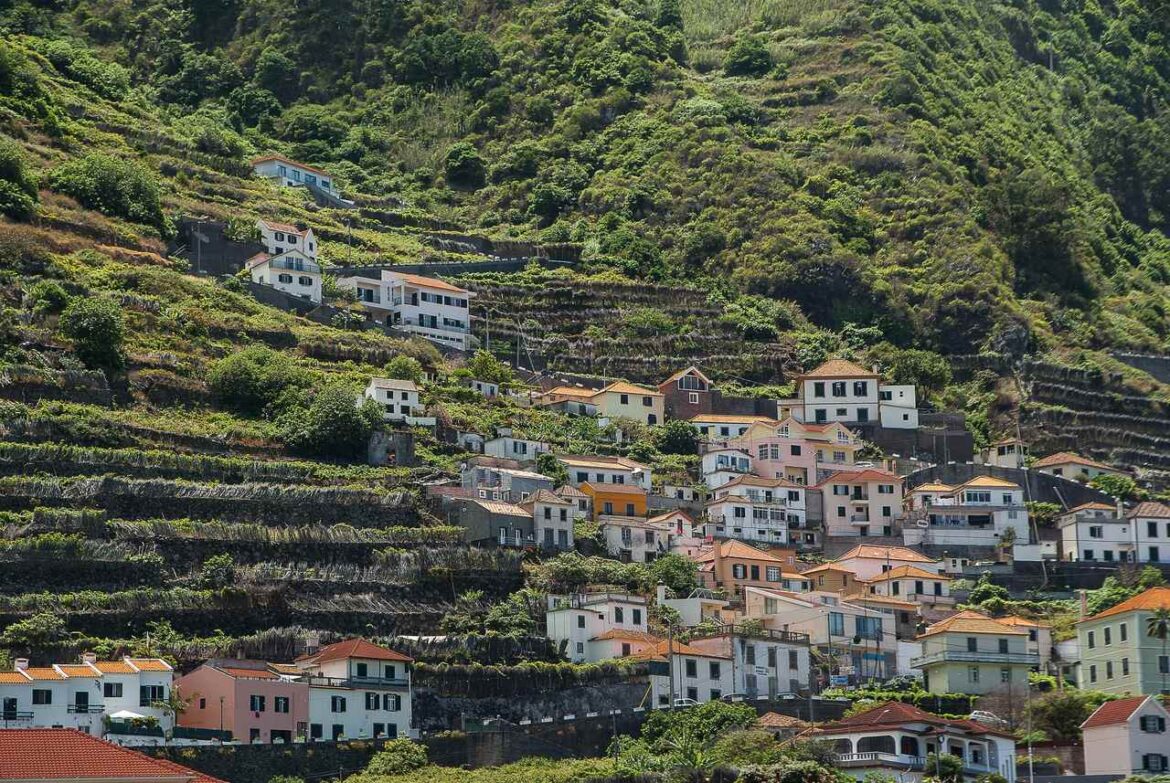 Many people I know have heard of Madeira, yet few seem to have visited it – for reasons unbeknown to me. For it is one of the most beautiful places I have ever visited – stunning views, spotlessly clean and locals claim it is so safe they leave their doors open – plus it’s just a three hour plane journey from London.

Having visited the island for 11 days in August it gave me more than enough time to travel around, enjoy the culture and get a real taste for the island which is simply beautiful. Its stunning landscape, magnificent sunsets and divine food and wine make it an ideal romantic escape. However, unlike other city breaks, it lacks the noise and vibrancy of Venice, Rome and Paris so is perfect if you are craving some peace and quiet away from any expensive tourist traps!

And this is the only fault we found during our holiday – the sleepy-laid-back island lacks the entertainment and energy that we needed to fulfil a family holiday. It proved almost too quiet for our two teenage boys who need buzz and excitement and by the end of the trip, we were ready to come home for the sake of our kids who were going a bit stir-crazy.

Madeira is largely known for its selection of Madeiran wines but it is also steeped in history – which we experienced first-hand staying in the island’s infamous Reid’s Palace hotel.

Situated in the Madeiran capital of Funchal – which took us 20 minutes to reach in a taxi from the airport – the hotel is perhaps best known for its former guest Winston Churchill who stayed at the hotel in 1950. No doubt attracted by its old-world charm, I wouldn’t be surprised to hear that not much has changed in the hotel since.

Stepping into Reids is like being transformed into a different era. Ornate rooms and long corridors connect the numerous floors together, and the memorabilia that line the walls hint at former celebrity guests who have stayed at the hotel. Designed in a luxurious British colonial-style décor, each of the rooms is individually decorated in pastel shades, with many boasting balconies or terraces with unparalleled views of the hotels gardens and the bay. From our bedroom balconies, the beautiful views at night were so magical they resembled postcard pictures.

The problem in staying at such a sophisticated hotel is that it proved quite tricky with three boisterous boys whose noise levels are heightened and not really well suited to a luxury five-star hotel like Reids. The pace here is quiet and the vast grass areas secluded so I felt uneasy when my kids made the slightest bit of noise; not the most relaxing thing to have to constantly be on your kids backs when on holiday.

However, even though there was a lack of other kids during our stay, the hotel does do its best to accommodate the needs of kids-with a sweet kids club, complete with mini pool that my six-year-old enjoyed. The hotel also has a teenage club with computers and a Playstation but its location in a windowless room on the hotel’s ground floor was not very appealing for my kids.

That aside, the kids were happy to spend their time in the hotel’s two swimming pools – yet again, I felt I had to quiet my boys as guests frowned upon noise. It was almost stifling at times.

With plenty of time to explore Funchal, we did as tourists do and ventured up by cable car to Madeira Botanical Gardens which are beautiful. Much to the boys delight, the hotel is situated minutes away to a new museum that tells the story of Ronaldo, who was born in the area. We also explored all the local restaurants, preferring instead to eat out of the hotel that was very expensive.

Madeira’s warm summers and mild winters have traditionally attracted the older generation and I can understand why.

With wonderful scenery, superb levada walks and cuisine, never mind the fact it is clean, the people are incredibly friendly, and it’s virtually crime (and biting and stinging insect) free. It is a perfect place to visit – next time though I’ll leave the kids behind!

Prices for a one night stay at Belmond Reid’s Palace start from £231 per room, per night based on a stay in Charming Room and including breakfast. Use the search box below to search live availability and prices: