On the Road: The Tour de France 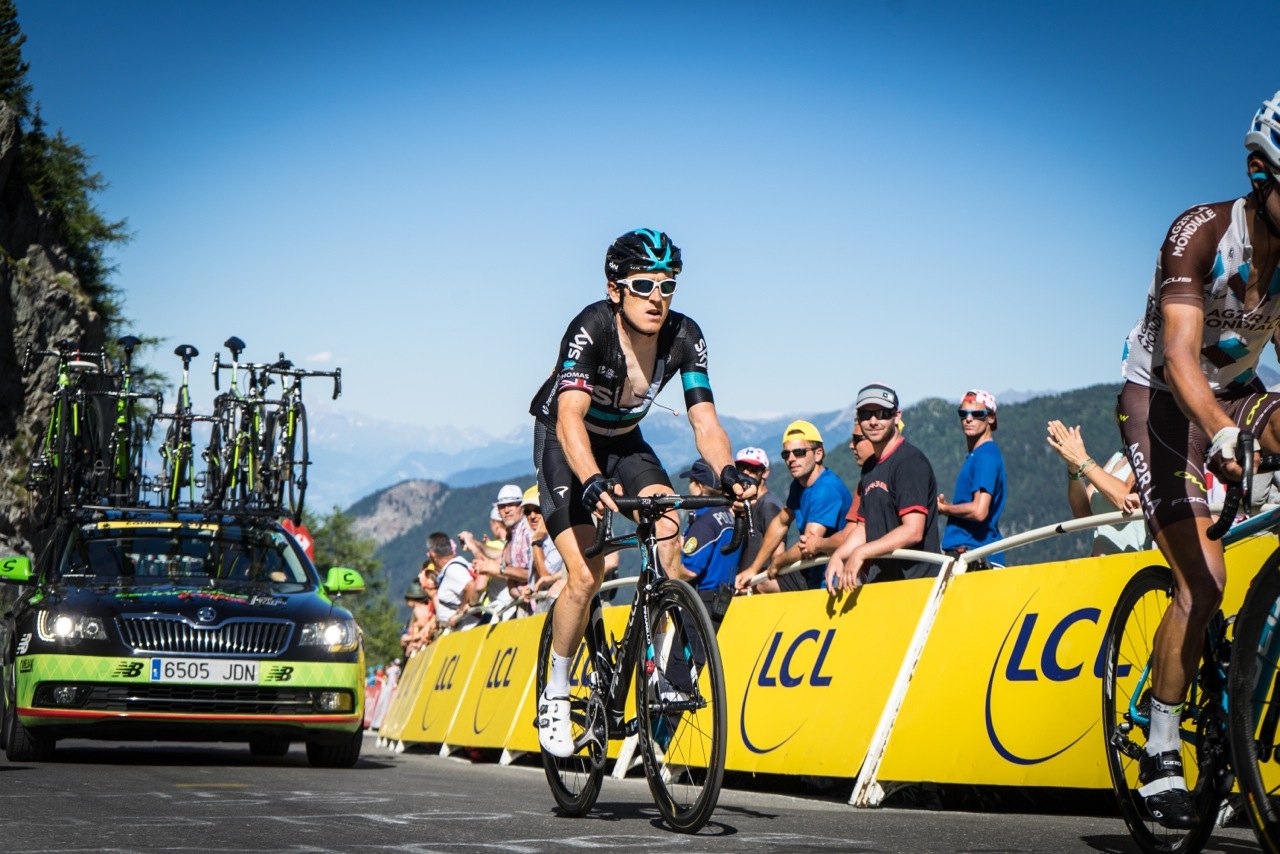 This summer the world’s most famous cycle race pedals off from Dusseldorf on 1 July. For the next three weeks, elite cyclists will compete stage by stage as they loop around Germany, Belgium, and France. Glory awaits whoever crosses the finishing line first in Paris on 23 July. All those who come behind can at least say they completed the gruelling 104th Tour de France.

The Tour de France itself is open only to professional cyclists, but that’s not to say that you can’t get a taste of the action. You can bike the same route, or follow stage by stage as a spectator. Here are the highlights you can expect to see if you follow the route, plus our practical tips to make it happen.

The very first stage of this year’s Tour de France starts and ends in the German city of Dusseldorf. It’s a flat 13 km time trial through the city streets, mostly along the banks of the Rhine and therefore wonderfully flat. You can follow a similar route on a guided bike tour of the city, or meander your own way through the Old and New Towns. The parks and tree-lined promenade by the riverside are particularly pretty, and a great way to ease yourself into cycling, especially if you’re not terribly fit.

Stage 2 of the Tour de France is a long distance stage: 203 km from Dusseldorf across the border to Liège in Belgium. There are two short climbs along the way, and you’ll see a great deal of western Germany’s countryside as you cycle.

Though this section of the route is not overly arduous, you will be spending a lot of hours in the saddle. It’s essential you wear the right shorts or tights to avoid chafing. Jack Wolfskin’s Gravity Flex Tights are stretchy and breathable, and importantly are also waterproof — helpful for the unpredictable weather in Northern Europe!

When you arrive into Liège, don’t be deceived by the first industrial appearances. Climb the Montagne de Bueren steps for a rewarding city view, and treat yourself to a well-earned beer at the top.

Cycling and drinking wine may not always go together, but there are few things more pleasurable in life than biking through French vineyards. The organisers of the Tour de France know that well, and so Stage 7 runs 213 km through the vineyards of Burgundy from Troyes to Nuits-Saint-Georges. Champagne and Rosé des Riceys are just two of the local specialities: you can also keep your energy levels up with Troyes andouillette, Chaource cheese, and Prunelle de Troyes, a particularly potent prune-based liquor.

⇒ Read also: Road trip to Champagne for a corker of a weekend break

Competitors in the Tour de France take a much-needed rest day in the Dordogne before starting on Stage 10, the 178 km leg from Perigueux to Bergerac. The terrain here is a little hillier, but the rewards for visitors are ample: the famous cave paintings of Lascaux, truffles and foie gras for the foodies, and the attractions of Bergerac.

Bergerac’s Old Town looks as if it was made for tourism. The timber framed houses are medieval, there are lively markets in the squares, and you can wander along the bank of the Dordogne River down to the historic quay.

By the time you reach Stage 14 (182 km), you’ll need to raise your game. The hills here might look photogenic, but as they rise higher and higher, your legs will start to burn.

Be grateful that you’re on a modern, lightweight bicycle. The first time that British riders competed in the Tour de France was in 1955, and their equipment and clothing looked very different indeed. The Wearwell Cycle Company, who sponsored riders in that first British team, have relaunched their collection in 2017, combining a hint of 1950s vintage style with the latest materials and designs. You can look the part whilst riding in complete comfort.

When you do get to Rodez at the end of the stage, inevitably you’ll be exhausted. Once you’ve recovered, do allow some time for sightseeing, however. Rodez’s cathedral is a masterpiece of gothic architecture; there’s an excellent circular walking tour around the Old Town; and the local park, Domaine de Combelles, covers 300 acres.

The longest stage of the tour, Stage 19, runs through the lavender fields and olive groves of Provence. It might look utterly idyllic but it’s tough on the legs, especially in the first part of the day. Even the pros are hard-pushed to complete the 223 km in under 17 hours.

You are heading for Salon-de-Provence. This year is the first time that the Tour de France has ever been through, though the town is a regular feature in other long distance road races such as the Paris-Nice Peloton. Come here to visit the 12th century Château de l’Empéri and the tomb of Nostradamus in the Saint-Laurent Collegiate Church. If your trip coincides with the Du son au Balcon festival in August, you’ll also hear the central square pulsing as DJs mix the latest tracks from the balcony of the town hall.

Everyone’s heard of the Maillot Jaune — the yellow jersey — of the Tour de France, and on the final race day, that’s what is on everyone’s mind. It’s considered bad form for other riders to don that colour shirt, but if you want to feel like a winner on your own bicycle ride, by all means flash some canary yellow.

The 21st and final stage of the Tour de France is from Montgeron through Paris to the Champs-Élysées. It’s a 103 km ride and when the roads are cleared for the race, classed as a sprint. If you’re competing with the Parisian traffic, however, your pace will inevitably be curtailed.

It’s in Paris that the excitement of the race builds to a peak, and where as a spectator you’ll find the best vantage points. Arrive in good time if you want a spot on the Quai d’Orsay or Pont Alexandre III; you stand a better chance in the grounds of the Grand Palais where there’s rather more room.

Watching the race reach its triumphal end on the Champs-Élysées is an emotional sight. And that’s even more true if you’ve cycled all — or even part — of the way yourself. Make time this summer for the Tour de France, the greatest cycle race of them all.

For more information on Paris, make sure you check out our dedicated Paris page: www.thetravelmagazine.net/paris

FLY from London Heathrow to Dusseldorf from £75 one way with Eurowings. Getting back from Paris, flights start from £62 with Vueling, or you can take the Eurostar.

If you’re flying with your bike, you’ll need a bike bag or case to stop it getting damaged in the hold.

Incidentally, discount store MyVoucherCodes have come up with some average prices so you can guestimate how much you can expect to pay along this route: