A colourful mix of designer holiday homes – Cotswold-style stone cottages, wood-clad houses and sleek, contemporary affairs – with Dorchester and the coast each five miles away. 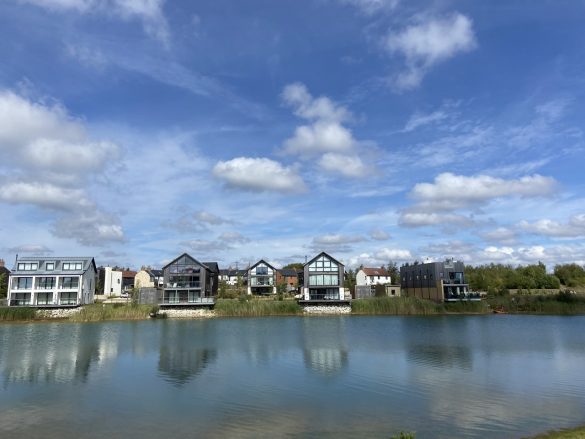 A family-friendly holiday village that resembles a real village, with winding roads, grassy areas and little lakes. Silverlake is built on what was, from 1937 to 1946 RAF Warmwell, central to the war efforts and the Battle of Britain.

Here Spitfires and Hurricanes took to the skies, but after closure, there were 60 years of gravel extraction, which created the lakes and undulating topography. London’s Olympic Stadium benefited hugely from the stone while several episodes of Dr Who have been filmed in the quarry.

The varied parts of the village sit on different levels, hidden from one another with accommodation on Wakeling and Overton Islands, connected by little humpback bridges. Even now more homes, each an architectural delight (one low-lying cottage has a sedum roof) are being built along the farthest lake, and more facilities are planned.

The setting is pretty enough, so you don’t feel the need to rush off, but with the county town pleasures of Dorchester nearby and a vast stretch of coastline to explore, it’s perfectly positioned for a mixture of home and away (sister property Lower Mill Estate, near Cirencester in the Cotswolds, is a similar mix of style and setting).

Plenty of birds can be seen, along with rabbits, and the occasional small deer – while badgers are reputedly spotted in the woods at twilight.

While many homes have barbecues, there is also a free-to-anyone gas barbie set up on a small green in front of a curving terrace of some of the smaller properties.

Families and groups would love the extensive facilities and the accommodation. 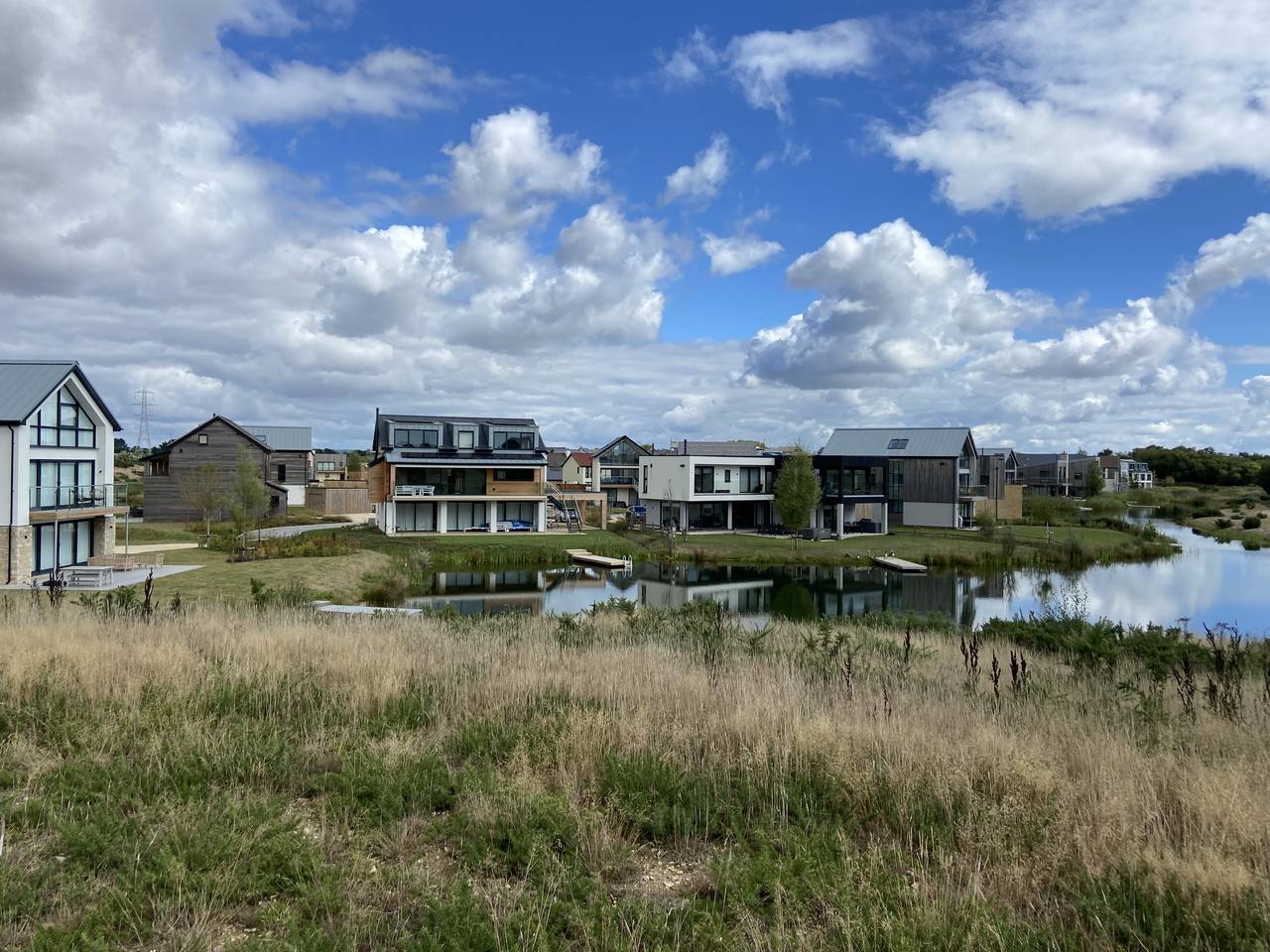 Various styles of accommodation by the lake.

This is a family affair with individually owned homes, ranging from two bedrooms (the main bedroom plus bunks) to five, sleeping 12.

The biggest not only has a huge kitchen-diner-lake-view-lounge with a glass wall onto a deck with sofas, the main double bedroom has a sliding glass wall 20ft long with sizeable balconies, there’s a room with four bunks and an upstairs lounge (also with TV) has a sofabed.

Most properties have balconies and decks set amid grass and neat planting. All come equipped with everything needed to self-cater, and most have a shed to store bikes and other gear.

Many are lakefront offering placid views of swans and ducks and the gentle swish of passing paddleboarders.

The Hurricane Terrace and Bar is on the roof of the spa. It’s a pleasing place with countryside views with its comfy seats and sunshades outside and contemporary seating indoors. Food is upmarket bar snacks such as the Dorset charcuterie board (£12.50) and the Jurassic ham, cheddar and chutney panini (£8) with drinks such as Shoroton Fair Dorset gin.

Downstairs the spa/swimming pool check-in area has a coffee bar area with indoor seats, opening on to the pool.

A restaurant is being built as part of a complex on the opposite side of the resort, opening in 2023.

To the side of the pool area is the outdoor Pizza Shack with a wood-fired oven (open Saturday evenings), serving thin, crispy pizzas – a margarita well-priced at £8. There are a few outside seats as well as a stylish, heated yurt that is always open as a lounge and games room.

The 65ft outdoor infinity pool – pleasingly warm water up to the brim – is a joy. There are sun loungers and across the fence is the small beach at the end of Beaumont Lake, where people swim, paddleboard and canoe.

At the other end of the pool is a small, impressively hot sauna and a gym with a good array of machines.

The changing rooms are smart and clean with showers. Behind them is the Hurricane Spa, offering treatments such as the 40-minute salt and oil scrub (£55).

Just up the hill is the Activity Hub where paddleboards, kayaks and canoes can be rented (kayaks/paddleboards from £35/day, canoes £60) along with off-road bikes (from £30).

Paths head off through the greenery and via the lakes, past the far corner of the expanding resort where a large lake is a haven for birds and where small, sandy cliffs are home to a colony of sand martins.

Head past this, and there’s a woodland trail and bridlepath that will circle the lake when work on the latest stage of expansion is complete.

Near the swimming pool is a chunky, timber children’s play area, a hard surface tennis court and a fenced court with imitation grass and five-a-side goals and basketball nets. There’s also an Airstream caravan that is free for children to use as a games room. Another play area is in the woods near a free zip wire that whooshes across a pond, muddy enough to encourage youngsters of all ages to cling on.

Fishing Lake has a hut for anglers while there’s summer coracle hire on another stretch of water, the ancient, tub-like craft offering a very different challenge.

There’s history here, too, with the Airfields of Britain Conservation Trust memorial in the woods. And, standing in front of the timeline on the office wall, charming night supervisor Ash tells how his grandmother who was an engineer met Douglas Bader here.

A three-night stay in a two-bedroom property (double plus bunks) starts at £469, self-catering (habitatescapes.com).

The lovely town of Dorchester is nearby as well as a vast stretch of coastline to explore.

This is a place where you can chill out in big, modern accommodation whether the contemporary buildings or the cottages. It’s easy to spend a long weekend here without wanting to head outside and even more so when the new restaurant is open. And there’s so much that’s close by for excursions.