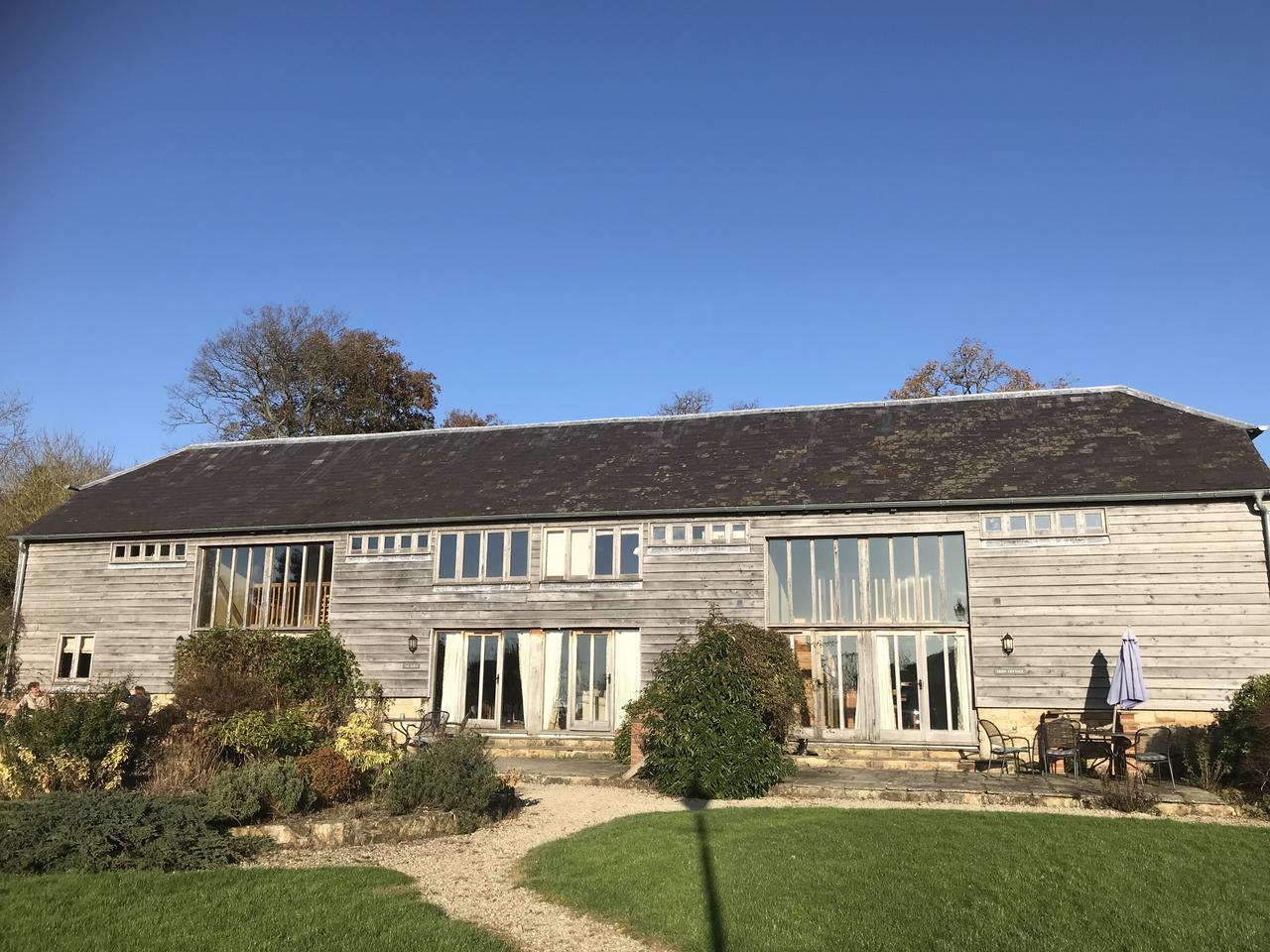 It seemed a good idea to detox away the stress in the run up to Christmas. Perhaps, I figured, even kick start my metabolism with some exercise after a pretty sedentary year in front of the PC.

And so it was in late November when the days were shortening that I made my way to the Adventure Yogi midweek yoga experience. By 5pm it was far too dark to discern the retreat along this meandering narrow unlit country lane in deepest East Sussex in the South East of England.

Somehow I arrived at Bardown Farm near Stonegate somewhat frazzled by the blurred vision of the road ahead thanks to drizzle and the deep darkening of the autumnal skies. I was met at the electronic gate by an reassuringly ebullient Rebecca Keenaghan, the yoga teacher, who showed me to my room.

The retreat comprises a collection of beautifully converted Georgian barns with lots of wood panelling and pretty covers and curtains in the bedrooms. I was delighted at the size of my en-suite (bath and wet room) and looked forward to the promise of rejuvenation. 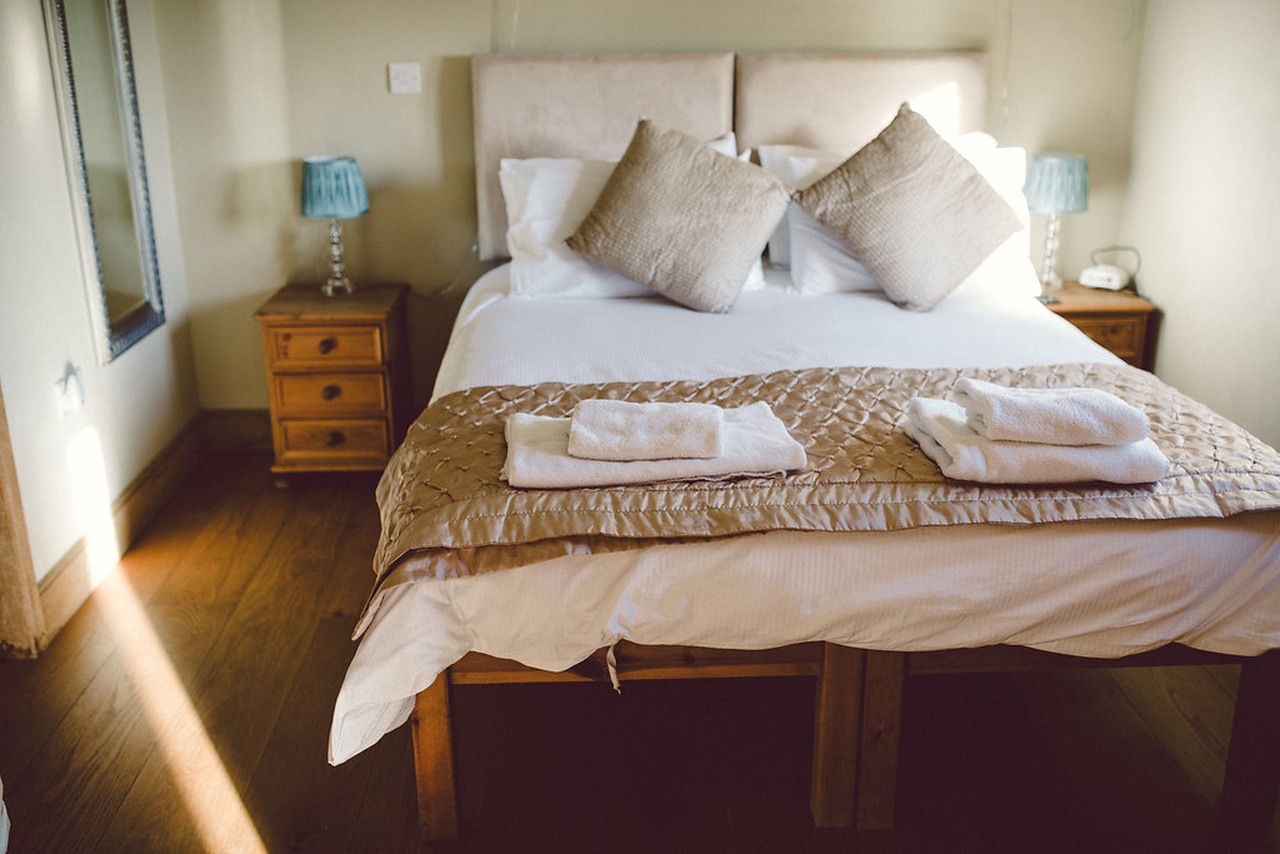 ALSO READ: 7 health and fitness destinations around the world

I met up with my fellow yogis in the main barn soon after settling into my room. There were around 14 of us of various ages (19 to 60), shapes and sizes. Mostly women, some like me came alone, a couple of mother and daughter couplings, sisters, friends and one married couple. Many had high powered jobs and just needed a chill-out. All had experienced yoga in the past.

This is a yoga, wellness and meditation retreat and we were there to detox, relax and practice plenty of yoga to achieve wellbeing.

So the first yoga class started almost immediately. It was a soft start made up of restorative yoga that lasted two hours. It started with an exploration of our bodies with a meditative body scan before venturing into easy movements and ended with a process of dipping into our chakras.

An early start meant we were sipping hot lemon and ginger tea and snacking on peeled almonds at sunrise. No talking was the order of the day and this was followed by a silent walk over the muddy pathways and minor hills of the expansive fields beyond. 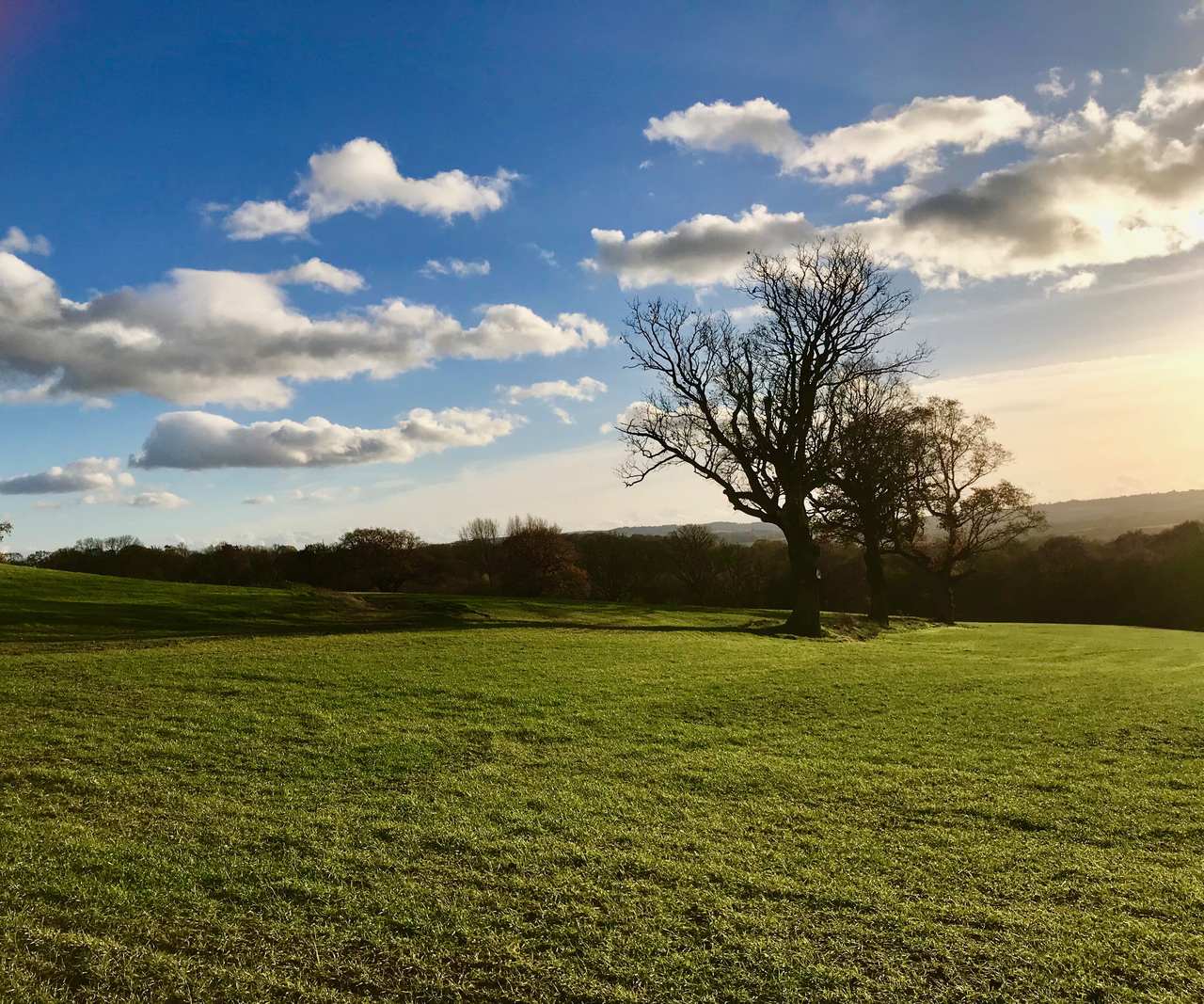 The walk was a fast-paced ramble over uneven ground which certainly got the heart rate going. On the way we past a sow and her piglet who wanted to follow us and ran to keep up – it was a sweet diversion.

But the bigger challenge was staying silent for so long. It felt rude and unfriendly. Perhaps it was because we were still strangers or perhaps the vagaries of the early morning romp in very cold weather. Or just plain shyness.

By 8.30 am we were back in the yoga room for two hours of Vinyasa Flow style yoga where breath and movement worked in tandem. I admit to feeling like a reluctant pretzel at times when I couldn’t quite make it and at other times exhausted. 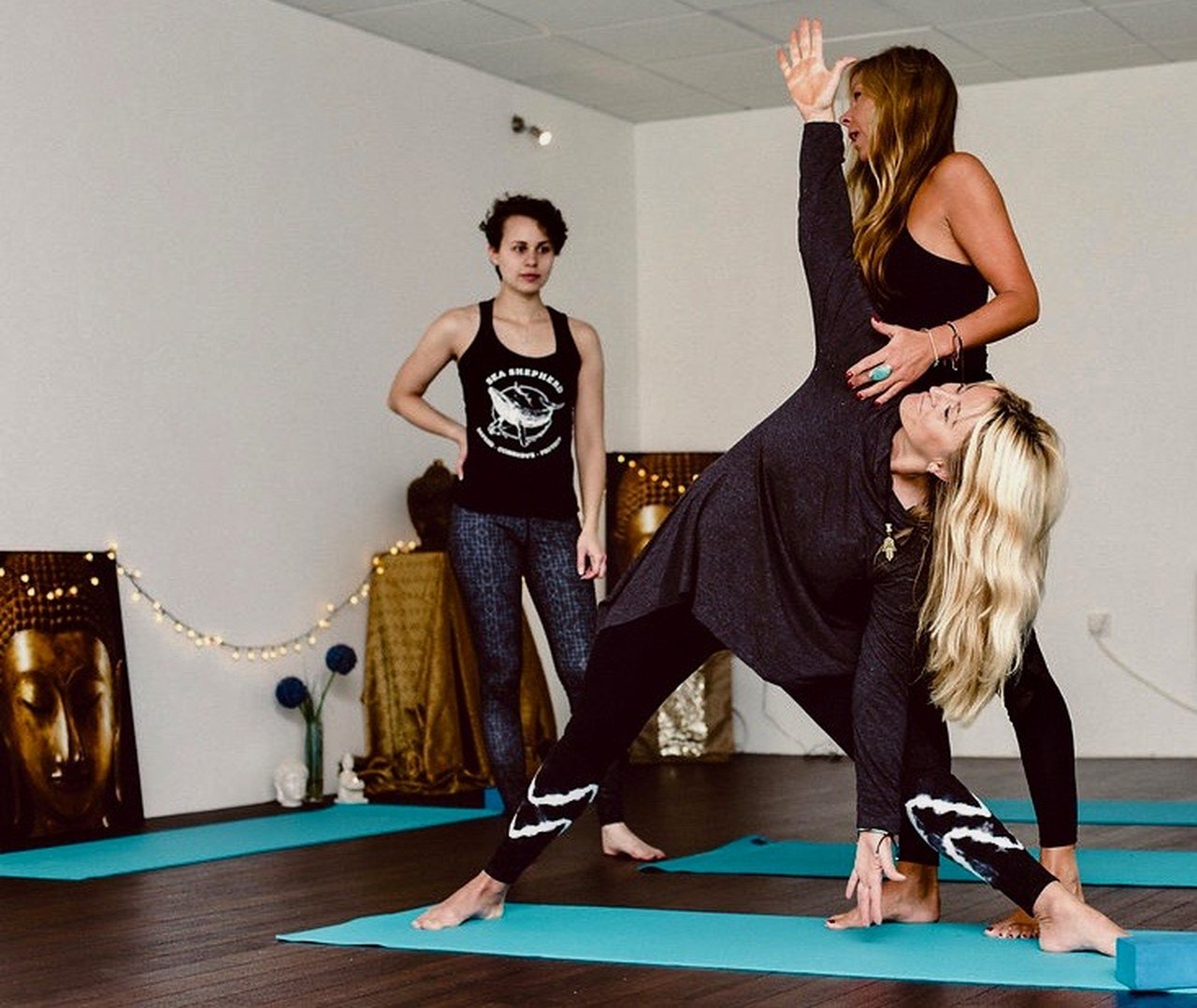 Throughout the two hours Rebecca explained the philosophy and how the flow of breath and movement delivers deep physical, mental, and spiritual benefits.

The next day I decided to have a snooze in the afternoon down time straight after a massage – but this snooze lasted until the next morning. So I missed the second night’s yoga and the early morning walk, but boy was I feeling good save a slight caffeine-withdrawal headache.

There was no sign of coffee, alcohol or anything that wasn’t plant based on the menu. There were plenty of herbals teas and of course water. 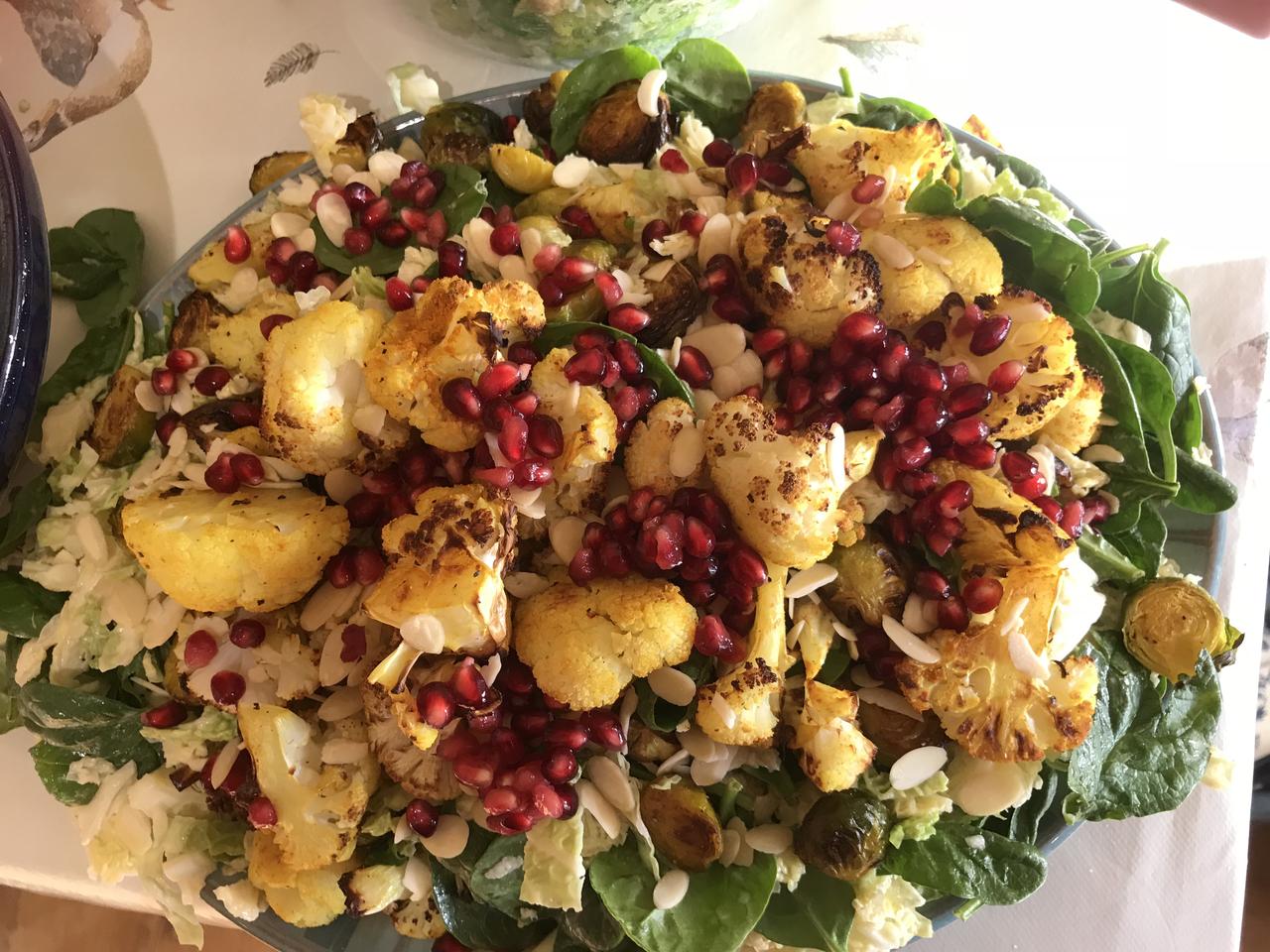 Breakfast was always a porridge of some type of oat – we even had a carrot cake porridge. Lunch and dinner were creative and surprisingly delicious. Dishes such as Mung dal Kitchari with cumin sauteed greens and coconut and sesame seed sprinkle, butternut squash, curried dishes, roasted cauliflower with massaged kale and pomegranate salad. There was plenty of food and most had seconds. There was no going hungry.

It was delightful how by the second evening the group gelled and relaxed into easy conversations sharing life stories at meal times. Most had tips about their food regimes, many of whom were already vegans and rhapsodised about the ingenuity of the food served. Meal times felt like a meet-up with friends.

By the third day I reflected on the intensity of the yoga. It was profoundly nourishing and left me in hight spirits. The food was energising and delicious and a fine illustration of how easy it would be, should the inclination be there, to become vegan.

AdventureYogi is a yoga retreat and holiday company running retreats throughout the UK and abroad, focusing mainly on adventure sports and yoga they also offer wellness breaks in the UK. established in 2007.