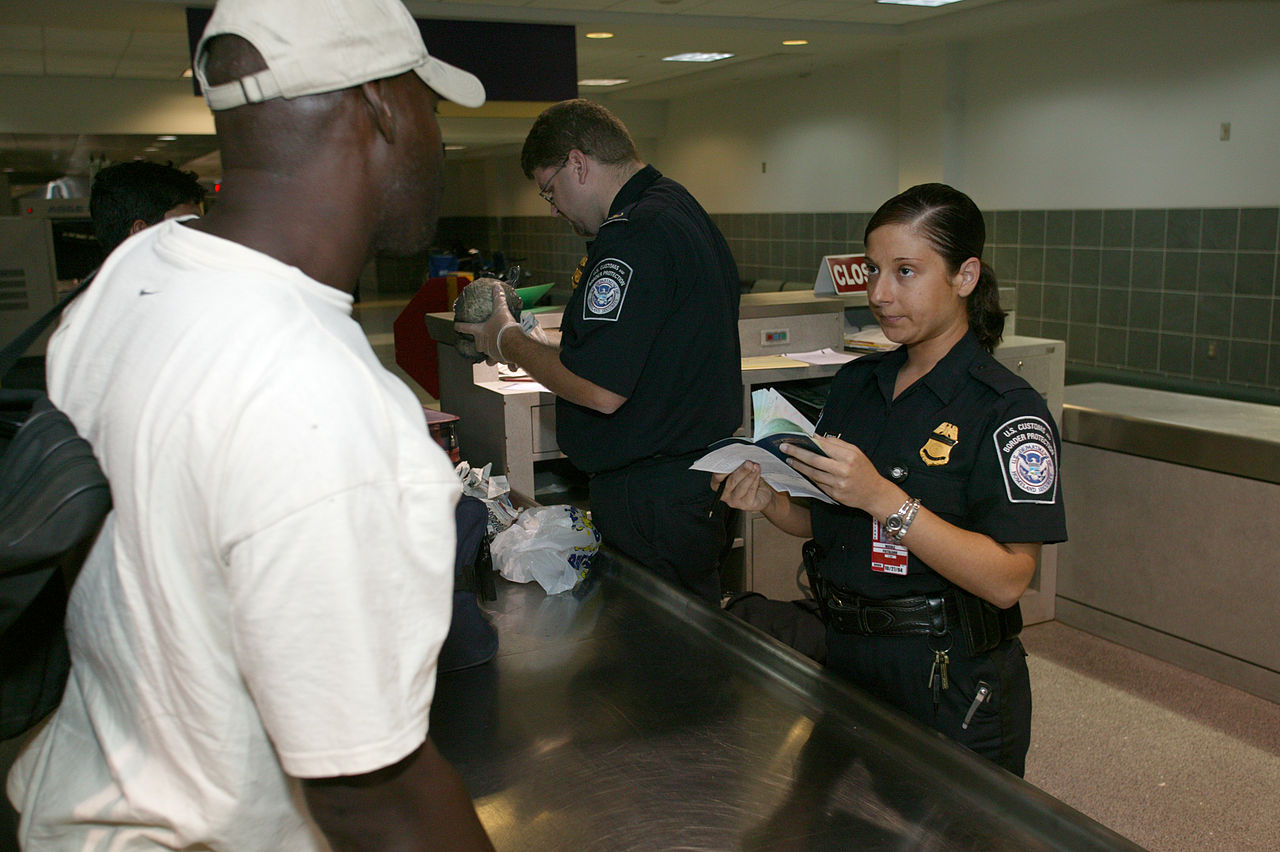 A UK online travel agent, Sunshine has looked at the most ridiculous things people have tried to bring across the border with them and smuggle through airport security.

Tropical fish under her skirt

For instance, at Melbourne airport, Australia in June 2005, a woman was arrested for attempting to import banned tropical marine life.

Customs officials became suspicious when they heard flipping noises coming from underneath the woman’s skirt as she arrived at the airport. On further examination, they discovered that the woman had strapped on an apron of plastic water-filled bags containing 51 live tropical fish.

Live snakes in her bra

Similarly, in Stockholm, Sweden, customs officers arrested a woman who had tried to smuggle 75 live snakes in her bra. The officers became suspicious when they noticed how the woman kept scratching her chest.

I have monkeys in my pants

In another bizarre exotic animal smuggling effort, the following statement was uttered in June, 2002 at a Los Angeles International Airport: “I have monkeys in my pants.”

The man admitting to this strange fact was Robert Cusack, 49, who had just gotten off a plane from Thailand and was immediately taken into custody, after four rare birds of paradise had already escaped from his suitcase and flew over the heads of the customs officials. Two endangered slow loris pygmy monkeys were rescued from Cusack’s underwear, an act which ended with Cusack spending 5 and a half months in prison.

Animals and drugs remain two of the biggest threats to borderline security, and smugglers are constantly thinking up new ways to go undetected. In Gatwick, England in 2003, a woman was arrested after customs officers found a bag of hashish stuffed in her vibrator’s battery compartment, believing the officials would be too embarrassed to root through her sex toy.

Cocaine stuffed in hollowed out onions

Smugglers have attempted to illegally import narcotics in frozen sharks, plaster casts and even wrapped up as Christmas presents. One Harvard-educated, but clearly simple minded African Prince attempted to smuggle £163,000 worth of cocaine stuffed in hollowed out onions into Heathrow airport.

Border patrol isn’t limited to airports however, and the case of a Mexican man crossing the border into America in 2006 is an example of one of the most ridiculous importation stories in recent years.

Customs and Border Protection spokesman Roger Maier said officers at the port of entry in Columbus, New Mexico stopped the man in a pick-up truck, and on further inspection using an X-ray machine saw the outline of 16 large packages stashed in a secret compartment behind the seat, which they initially believed contained drugs.

The packages, which weighed 40lbs (over 6 stone) in total, was actually a consignment of cheese the 38 year old was for some reason trying to smuggle into the States. Border police arrested the driver, seized the cheese and confiscated the truck because he failed to declare his cargo.

Joe Public has nothing to worry about

“As funny and ridiculous as these true stories may be, the fact is that failure to declare contraband and smuggling is illegal and can result in huge fines and lengthy prison sentences.

“Of course, law-abiding Joe Public has absolutely nothing to worry about, although like everyone, I still occasionally panic that I’ve forgotten to declare something in my luggage!”

Confessions wanted!! What was the most outrageous thing you ever “forgot” to declare at customs? Leave a comment