Rijeka and the Gulf of Kvarner, Croatia – European Capital of Culture 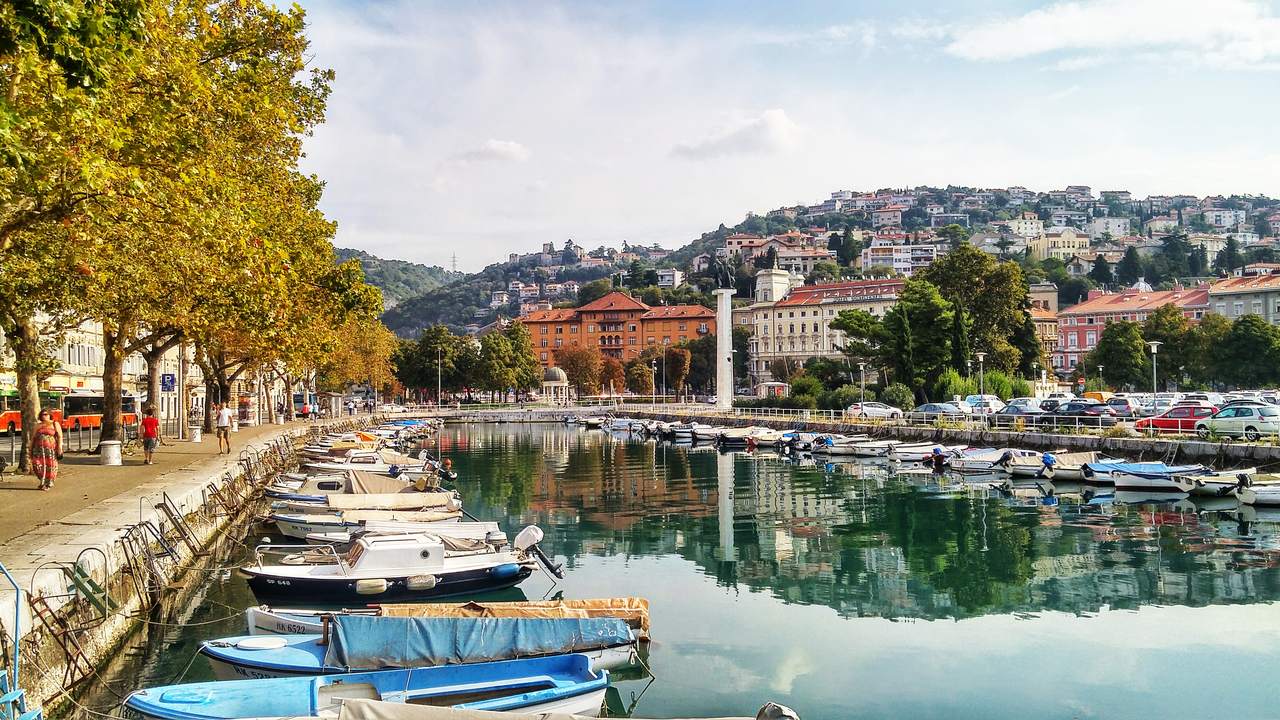 Tourism to Croatia has now been given the green light and is one of the 25 countries to welcome British tourists.

Tourists have been coming to Rijeka since the 19th century when Croatia was part of the Austro-Hungarian Empire. Rich aristocrats spent their summers here, building opulent villas in the Hapsburg style.

They were attracted by the cobalt waters of the Gulf of Kvarner, with forested mountains tumbling down to the sea, and the port of Rijeka provided cultural sustenance. It’s been reborn in 2020 as this year’s European Capital of Culture with more than 600 events planned. 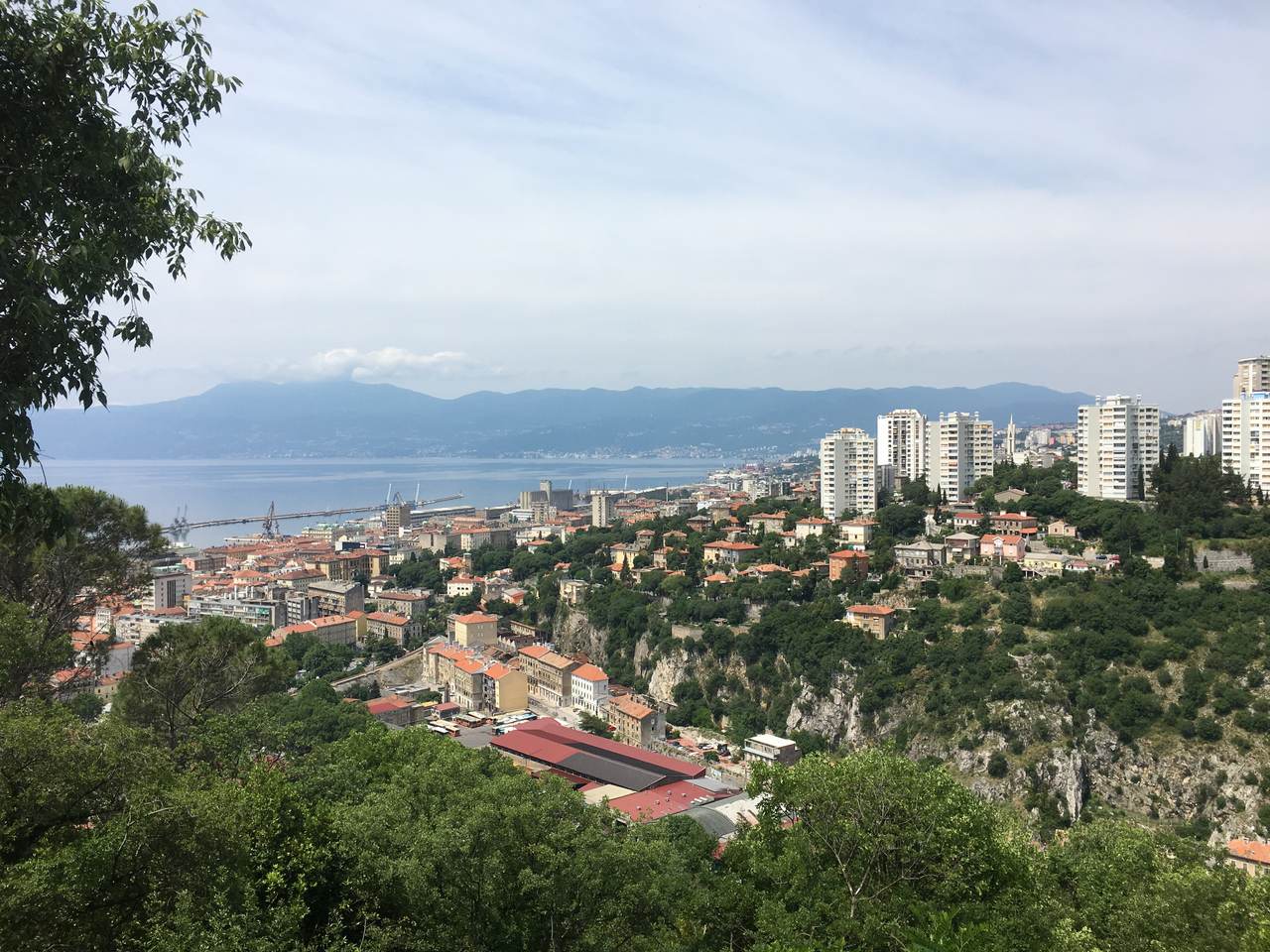 I’m staying in the 4* Grand Hotel Bonavia, in the heart of the city, recently revamped. My spacious room has a balcony with a view over the rooftops to the harbour and the sea beyond.

The city is an interesting mix of Hapsburg and Communist architecture with its only skyscraper built during Mussolini’s time with money from Al Capone’s accountant.

A bulk cargo terminal has replaced the old port and the buildings lie derelict with former President Tito’s yacht sits rotting at the dock. The pedestrian “Korso”, however, just behind the seafront, is lined with elegant buildings, shops and cafes and is surprisingly alive. It’s where the locals take their evening promenade, perhaps on their way to a concert at the Croatian National Theatre Ivan Zajc which opened in 1885.

I’m lucky to catch a performance of Rachmaninov and Tchaikovsky and marvel at the ceiling frescoes painted by Gustav Klimt. To watch the sunset, it’s worth walking up to Trsat Castle, a semi-ruined 13th-century fortress, which has views down the Rječina river to the docks, Adriatic and the island of Krk. 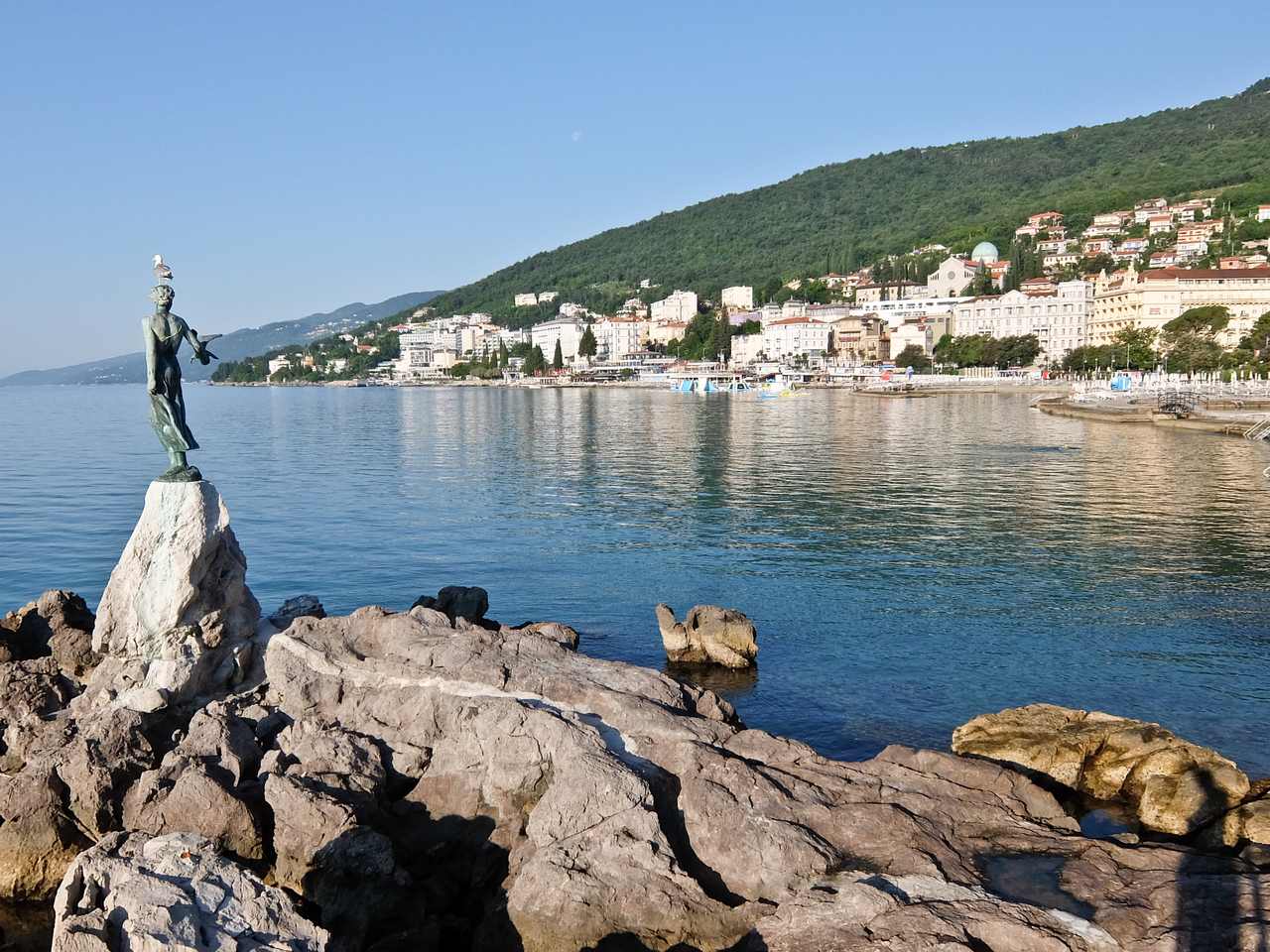 13km west of Rijeka, Opatija was a tiny fishing village until it was discovered by the Viennese rich and famous. Villa Angiolina, built in1844, was the first to host distinguished European aristocrats, including the Austrian Queen Maria Anna, and the building of the Vienna-Trieste railway brought in the rest. Russian Tsars, kings from Romania and Sweden, even Isadora Duncan, all flocked here and built their own beautiful belle époque villas.

You can see many of these from the Lungo Mare which runs for 12km along the seafront from Volosko in the east to Lovran in the west. It lined with grand hotels and you pass through beautifully manicured gardens and, although there’s not much sand here, the sea is crowded with bathers. Sunsets are particularly good, so sip a cool drink on the terrace and wallow in the elegance of the resort.

Krk is Croatia’s largest island, with a population of around 20,000, and attracts hordes of tourists in the summer, although it’s surprisingly easy to get away from them.

Krk town was founded by the Romans and still has parts of their old walls and gates, and the Frankopan castle was built in the 12th century. Its streets are too narrow for cars, so the centre is a charming pedestrian labyrinth stuffed with craft boutiques and restaurants. 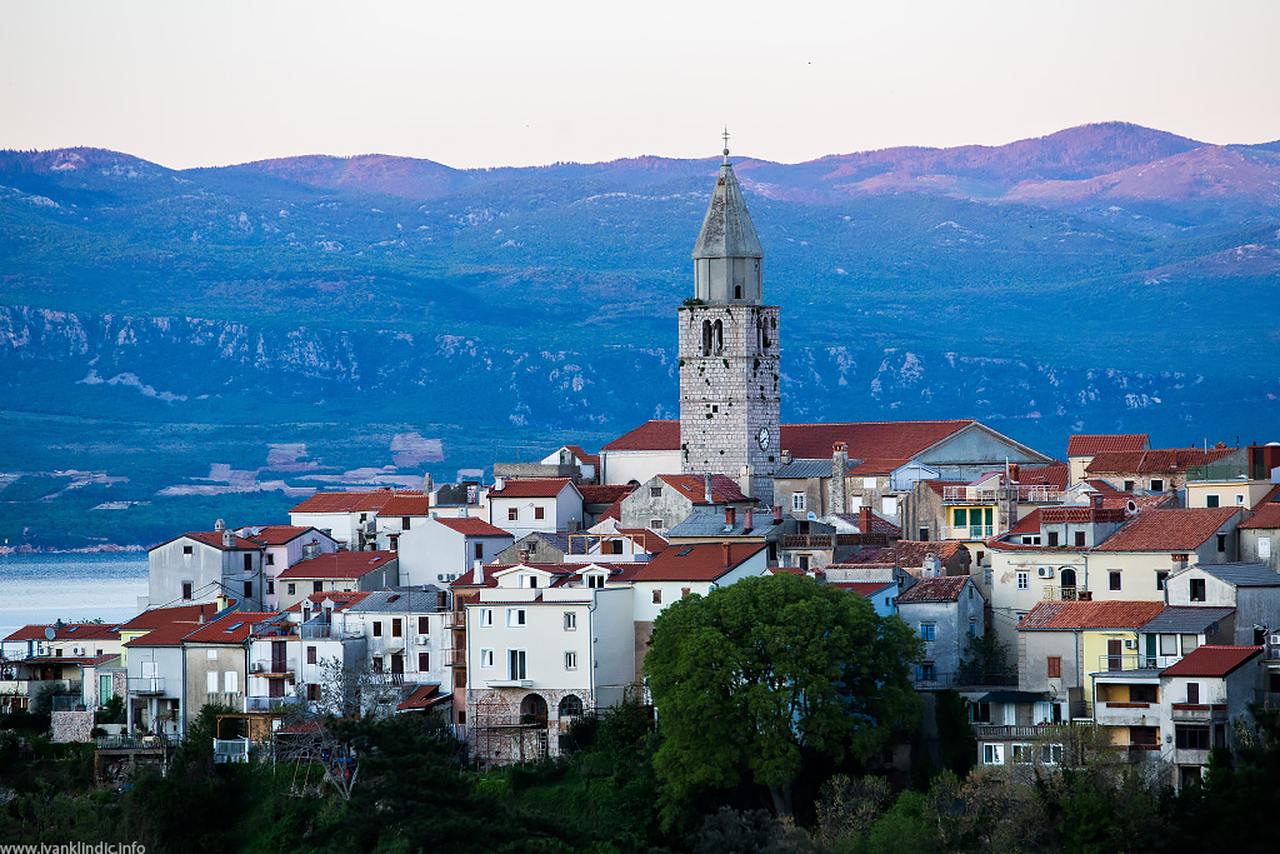 10km away, on the Eastern side of the island, perched on a cliff overlooking the sea, is the medieval village of Vrbnik. It claims to have the narrowest street in the world, just 43cm wide, but the real attraction here is the food and the local žlahtina white wine.

Tastings are available at various places around town, but Nada is one of the best. They also have an excellent restaurant where you can sample not just their white but also their sparkling Prosek and Bradija red.

At the southern tip is Baska, an attractive resort set on a glorious bay. I take a hike along the “moon trail” path over stark limestone hills, dotted with stone pens still used for corralling and shearing sheep. I’m lucky enough to see a couple of rare Griffon Vultures, extinct in the rest of the country, and only found in these islands.

I can’t leave without visiting the 12th century St Lucy church in Jurandvor just nearby. Here, in 1851 a huge stone tablet was discovered in the paving, weighing 800kg and dating from around 1100. It’s inscribed in Glagolitic script, the oldest form of Slavic writing, widely used from the 9th to the 16th century and records Croatian King Zvonimir’s donation of a piece of land to a Benedictine abbey. It has the first written mention of the word Croatia so it’s an apt place to end my visit.

PACKAGE: Prestige Holidays has a four-night break in September 2020 from £479 per person based on two sharing in a standard room at the Grand Hotel Bonavia with BB including flights from Stansted to Rijeka and shared transfers.

MORE INFO: Kvarner Tourism has information about the region

3 must have travel tech gadgets for flyers

Bags of Ethics: Reusable, Designer and Charitable Masks You Need this Winter