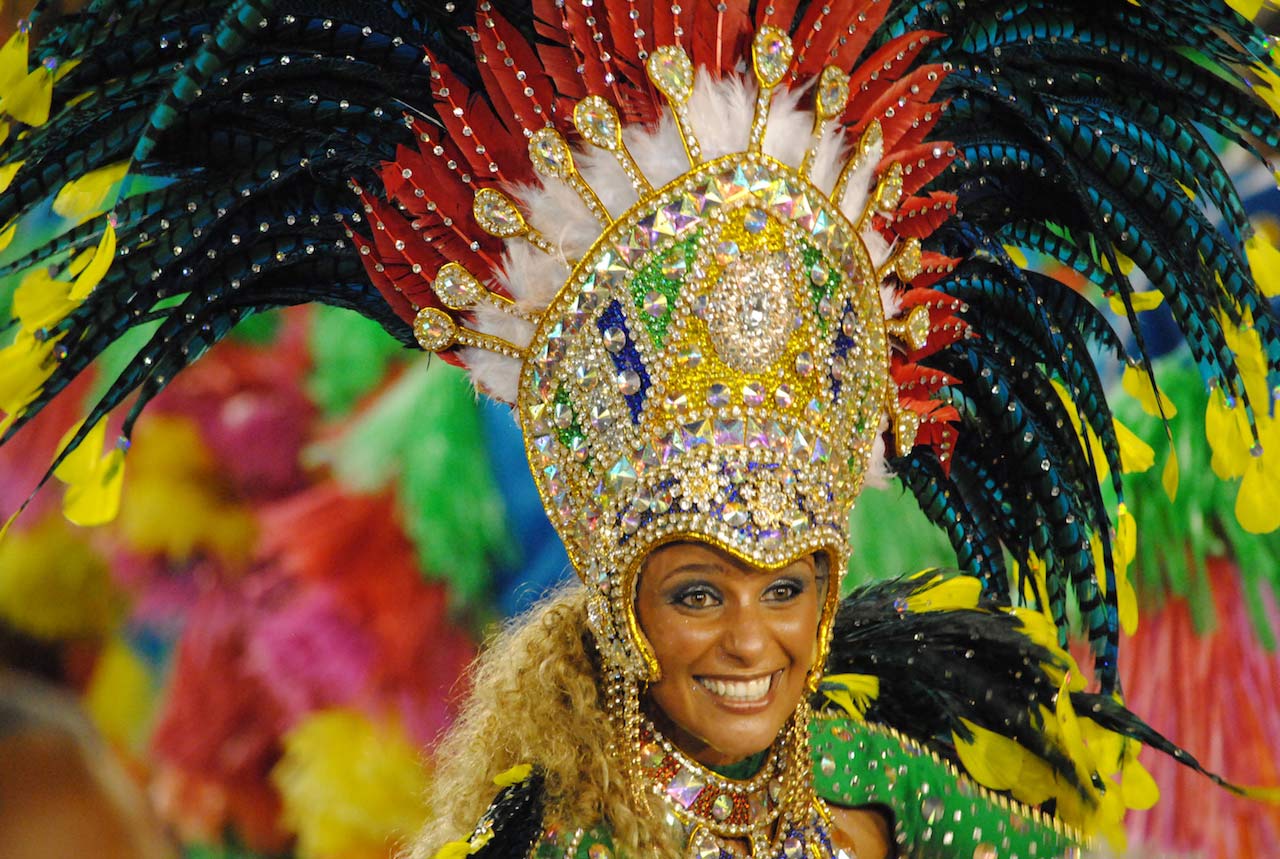 Quite simply, Rio Carnival (or Carnaval do Rio de Janeiro in Portuguese) is the world’s biggest carnival with over 2 million bodies dressed in outlandish sequins and feathers gyrating to the beat of 100,000 samba drums.

It is a five-day extravaganza of colour, excess and festivity. The fact that it takes place during the hottest month of the Rio summer, adds an extremely heady atmosphere to an already passionate event.

The city of Rio raises its temperatures well before the official start of the Carnival and the fever is infectious. You can even take a toe tapping sneak preview by nipping backstage at any Samba school. Rio simply wouldn’t be the same without it! 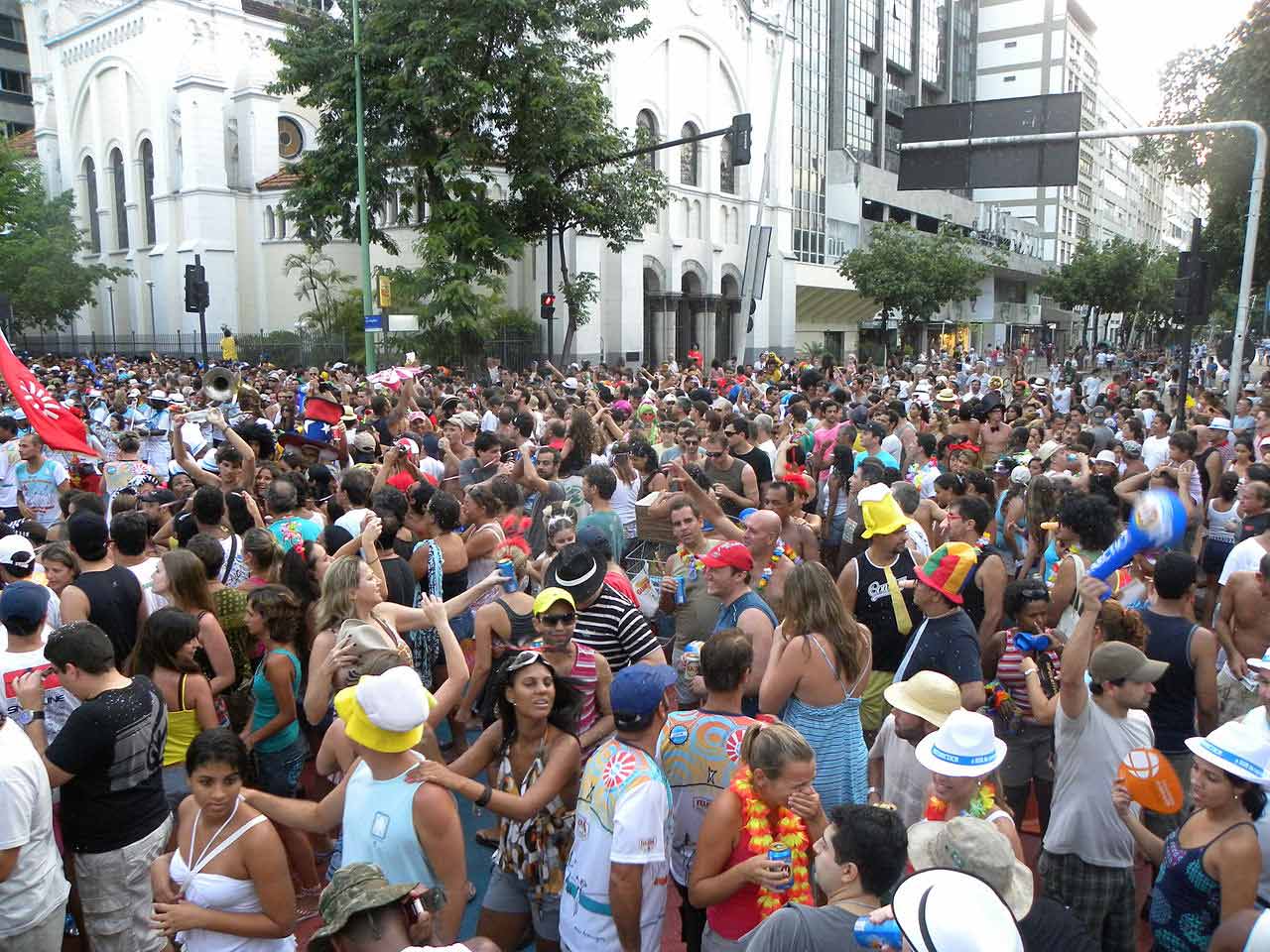 While Samba schools parade in the official Sambadrome, you can also join one of the numerous street carnavals, which is the best way to join the locals (often too poor to afford the official prices).

The best vantage points are Copacabana, Ipanema and Leblon where gaudy lights, beach bars and food stalls lead the way offering refreshment before rejoining the heady rythms of the party.

In 2019, the Carnival starts on Friday 1st March and ends on Ash Wednesday 6th March, with various Samba schools competing in the Sambadrome.

The winning school is announced on Ash Wednesday and the Winner’s Parade takes place on Saturday 9th March, featuring five winning Samba schools in the Special Group and the Group A winner.

Prices for the official parade in Sambadrome depend on a number of factors with the tickets in the middle of the procession being more expensive as they give the best view of the parade from start to finish.

Prices also increase as the Carnival dates approach so you should always try and get the tickets in advance. You can get the tickets at the gates or from one of the numerous websites, such as rio-carnival.com, sambadrome.com or carnivalbookers.com

The main attraction of Rio Carnival are the Samba school parades in the Sambadrome. Schools are separated in groups and each group performs on different dates. Each school represents a specific Rio neighbourhood and fight against each other to win the group’s title. 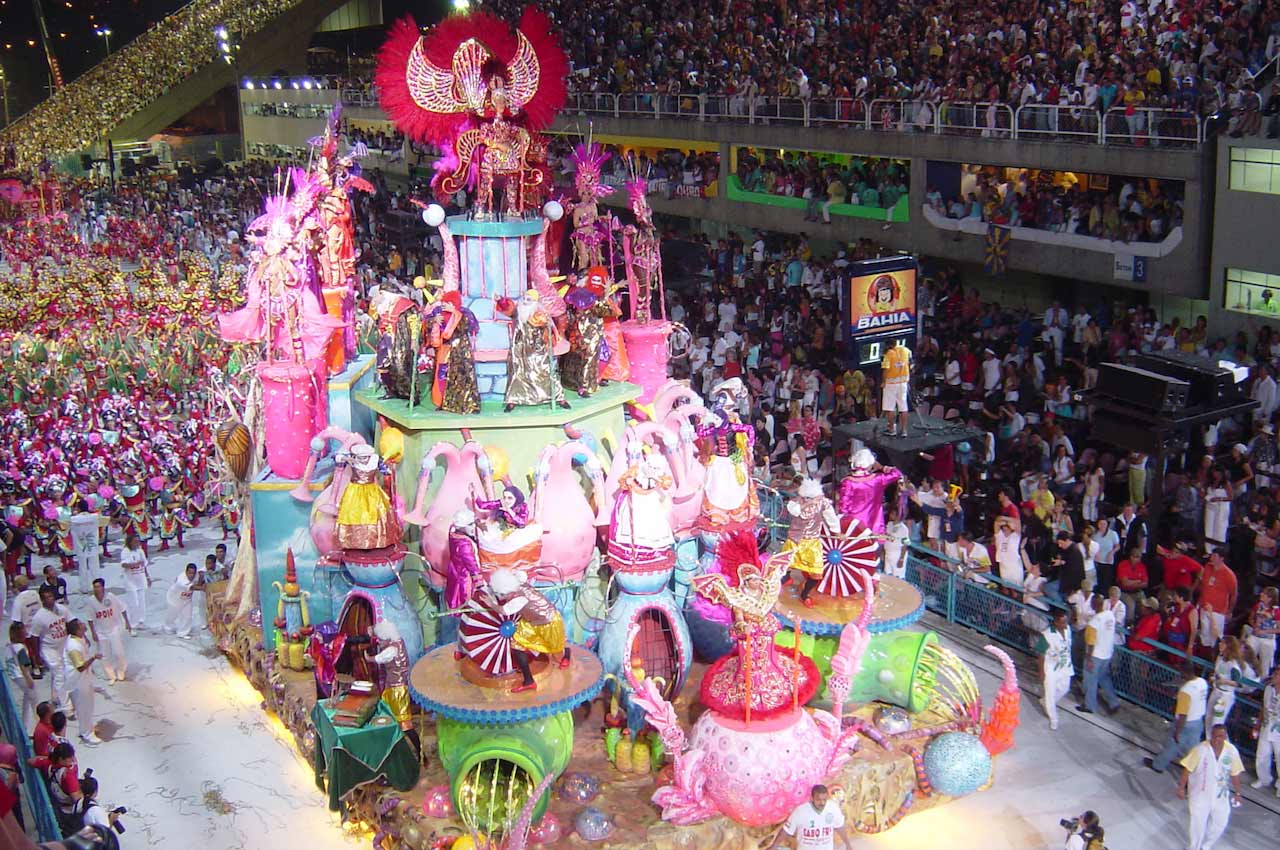 Inside the Sambadrome (c) Alan Betensley

These take place on Friday and Saturday with Samba schools in Access Group competing against each other.

Gates open at 8pm and parades start at 9pm.

Main Parades take place on Sunday and Monday and these are the most popular events of the Carnival, since schools from the Special Group (comprising of the best Samba schools in Rio) perform on one of the two dates:

Gates open at 5pm, ceremony starts at 8pm and the parade at 10pm.

Top schools in each group get the honour of parading on Saturday after the Carnival.

Parade starts at 10pm, followed by a fireworks.

There are numerous street parties and Carnival Balls across the city, both before and during the Carnival. The Balls generally take place in hotels and charge entry fees. You do not have to be costumed to enter, apart from the Copacabana Palace Hotel where the dress code is black tie.

Do airlines deliberately split up passengers who refuse to pay extra for allocated seating?

How Turkestan is vying to become the next...