The 106 km/66 mile section of Turkey's State Road D915 from Of on the Black Sea Coast to Bayburt is not for the faint-hearted. 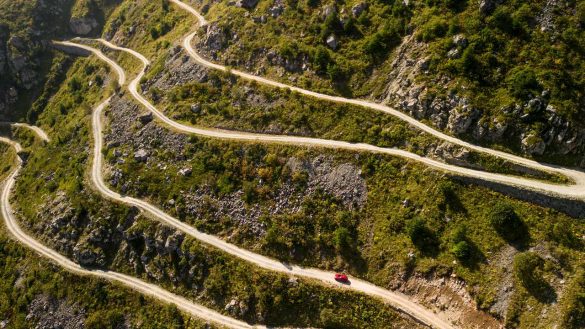 If ever there was an exhilarating road trip, Turkey’s State Road, the D915, is it. In total it is 179 km / 111 miles crossing the Pontic mountains in 29 hairpin bends.

The most precarious section is the 66 miles that comprise shockingly tight switchbacks known as the Derebasi Turns. In a snakelike manner, the bends climb up Mount Soganli in 13 undeniably narrow hairpins and steep gradients that sometimes reach 17%.

It was built in 1916 when the Russians captured the coastal city of Trabzon. They wanted a road to connect the north to the south of northeastern Turkey. Rather than get their hands dirty, they rounded up hundreds of reluctant locals and forced them to build the 66 miles of mountainside gravel roads using hand tools. They did not bother to put up any signs or guard rails even though there were sheer drops. 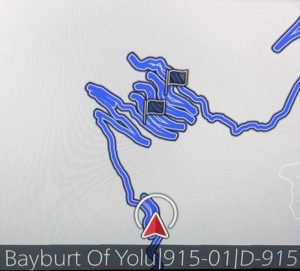 I ventured onto it from Trabzon as part of a full-on eight-hour drive burning rubber in a Mazda Mazda CX-60. My final destination that day was Pertken to catch a ferry to Elazig.

I knew I would experience a drive on the road considered more dangerous than Bolivia’s Death Road. It sounded challenging, and the overview of the road on the Mazda’s Sat Nav looked ominous.

Nevertheless, at 8am, noting that the sky was cloudy and threatening to rain, I still got into my gleaming white Mazda, imagining what it would be like on tight curvy mountain roads in the wet.

I gulped and somehow managed to take stock of my trepidations and drive intently along tarmac roads. Soon the town evolved into the most glorious mountainous landscape, sometimes extremely lush, at other times rocky hills with hues of browns, burnt reds and bronze with relief of a polka dot pattern of trees. 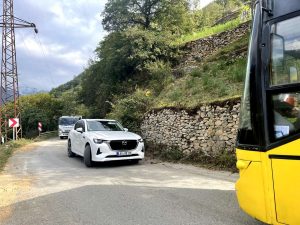 Sandwiched on a narrow mountain road

Roads narrowed, used by all sorts of vehicles, including locals whizzing by on cars strewn with mountain dirt, tractors, lorries, busses and even motorcyclists.

The extent of road narrowness only dawned on me when I faced a big yellow bus with nowhere to escape other than a sheer drop on one side. I considered reversing only to find a van behind me. All three of us had to manoeuvre in centimetres until I could finally get enough space to pass the bus. Presumably, the van had a tougher time.

Still, the scenery was spectacular and extremely varied. There were quaint homes sometimes tucked away in remote parts of the mountains; sometimes there were verdant segments with mosque minarets poking out of the green. Contrastingly there were also ugly blocks of communist-style tower blocks that served as a reminder of an ugly past.

I crossed over rivers and passing the tea plantations was a surprise. I stopped to take a scenic picture of locals picking and carrying bags of tea leaves. They smiled and waved at me. Turns out that black tea is the drink of choice, served in small curvaceous glasses with sugar. Tea symbolises welcome, and I was offered cay, pronounced chai, several times throughout the day. 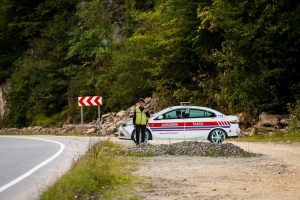 There are speed limits, and amusingly, drivers are urged to slow down by cardboard cutouts of patrolmen and police cars.

The road became progressively more curvy as it rose to hug the mountains. It’s all very pleasant, and even though there were cliff drops, the gravel roads were wide enough to make the curves seem manageable.

And then it wasn’t.

Turning off towards the gorge to Bayburt the sun began to brighten the sky breaking the clouds and throwing rays onto the rocks. This is where the road climbs more steeply snaking its way around Mount Soganli to a summit of 7,644 ft above sea level. The vision is awesome. I was grateful that the rain didn’t come. 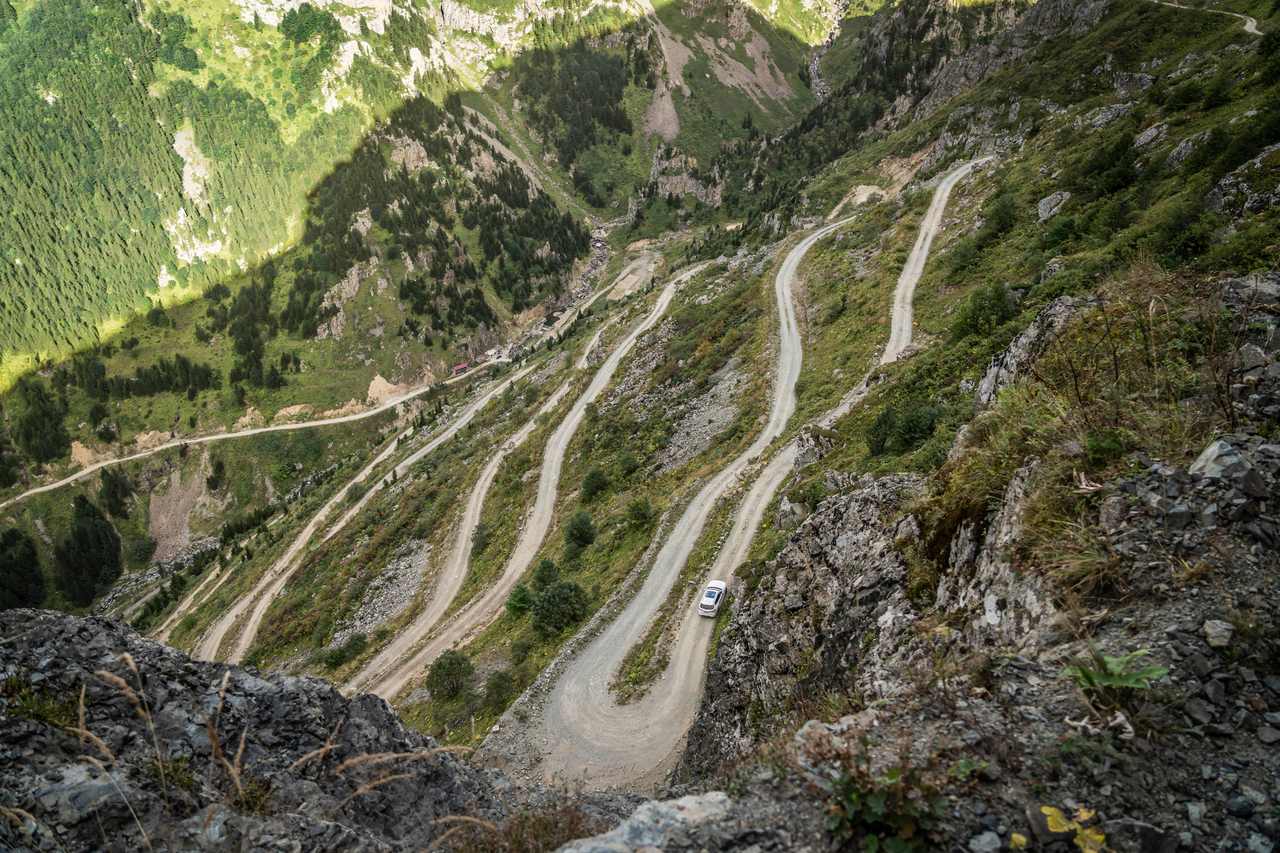 13 Derebasi Turns rise up the mountain

It’s high, and the only way up is via the Derebasi Turns – the hairpin bends so tight that sometimes I had to reverse a little in the knowledge that it was a matter of centimetres to a sheer drop before going forward into the turn.

Earlier I witnessed a fearful motorcyclist turn back, and I wondered how trucks and cars without the surround vision technology managed.

I could hear the dirt and stones crackle beneath the tyres, and I prayed the tyres would grip especially when the gradient was noticeably steep. It was thrilling, unrelenting and heart-pumpingly frightening.

The landscape became hilly rather than rocky, with easier-to-manage curvy tarmac roads. All around, local life went on, windmills on hilltops whose blades turned slowly as if to say, you can calm down now. I was able to drop down a gear.

Along the way, I could see the historic Peretek castle on top of a beautiful cliff. It is surrounded by the Keban reservoir which divides Elazig and Tunceli. It was built by the Urartians who used to mine and look after livestock between 890 to 560 BCE and needed a defence. 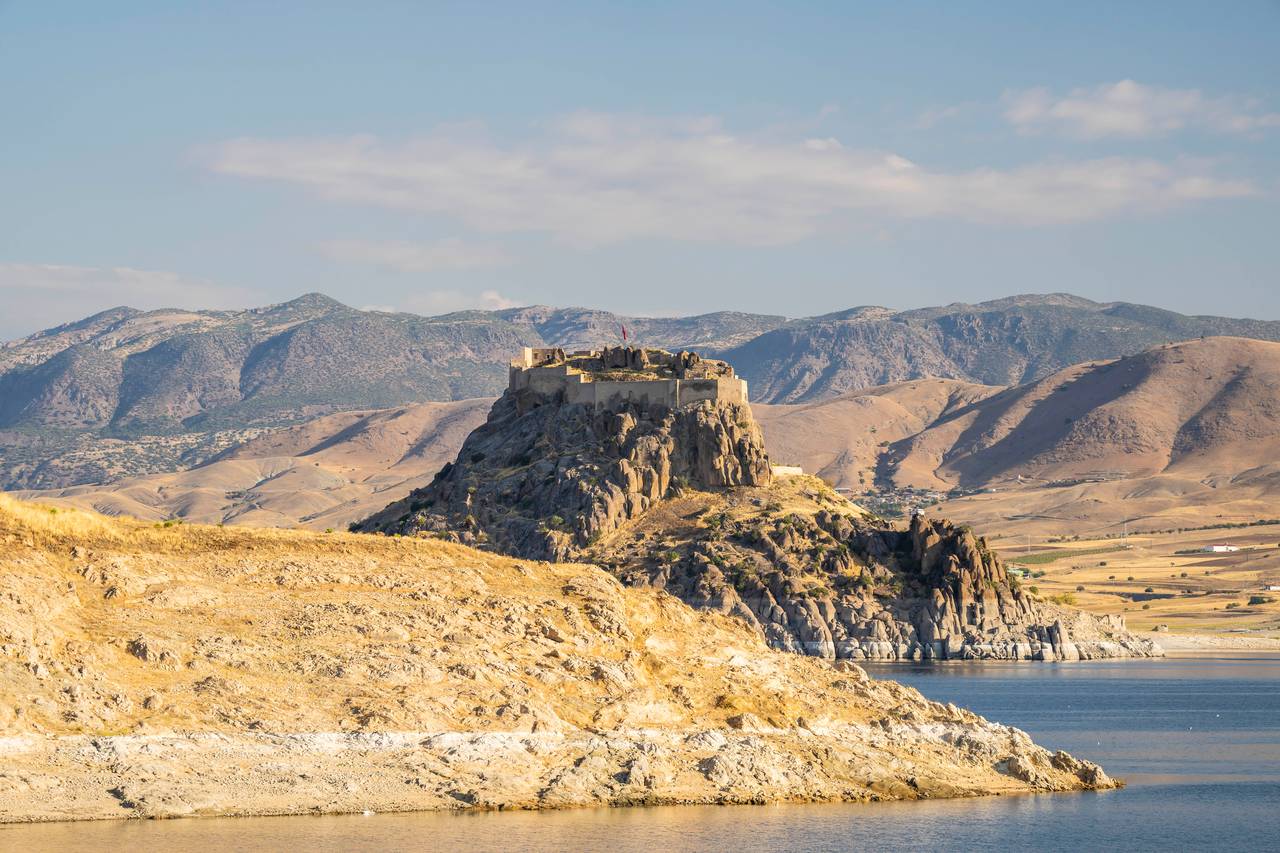 I was heading to the town of Pertek to catch the car ferry across the Euphrates river to Elazig. Tomorrow was another day and another road trip adventure along The Stone Road. 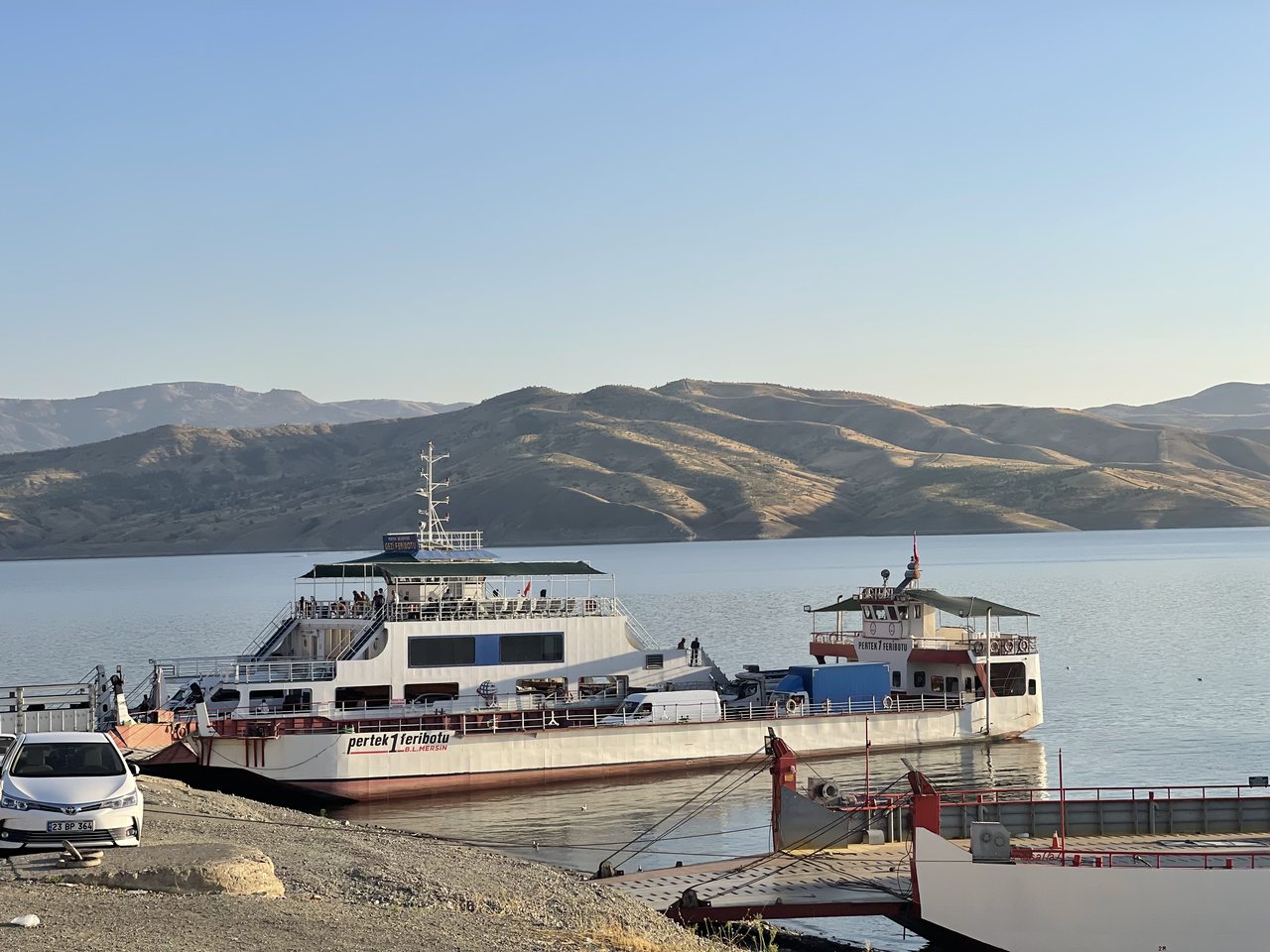