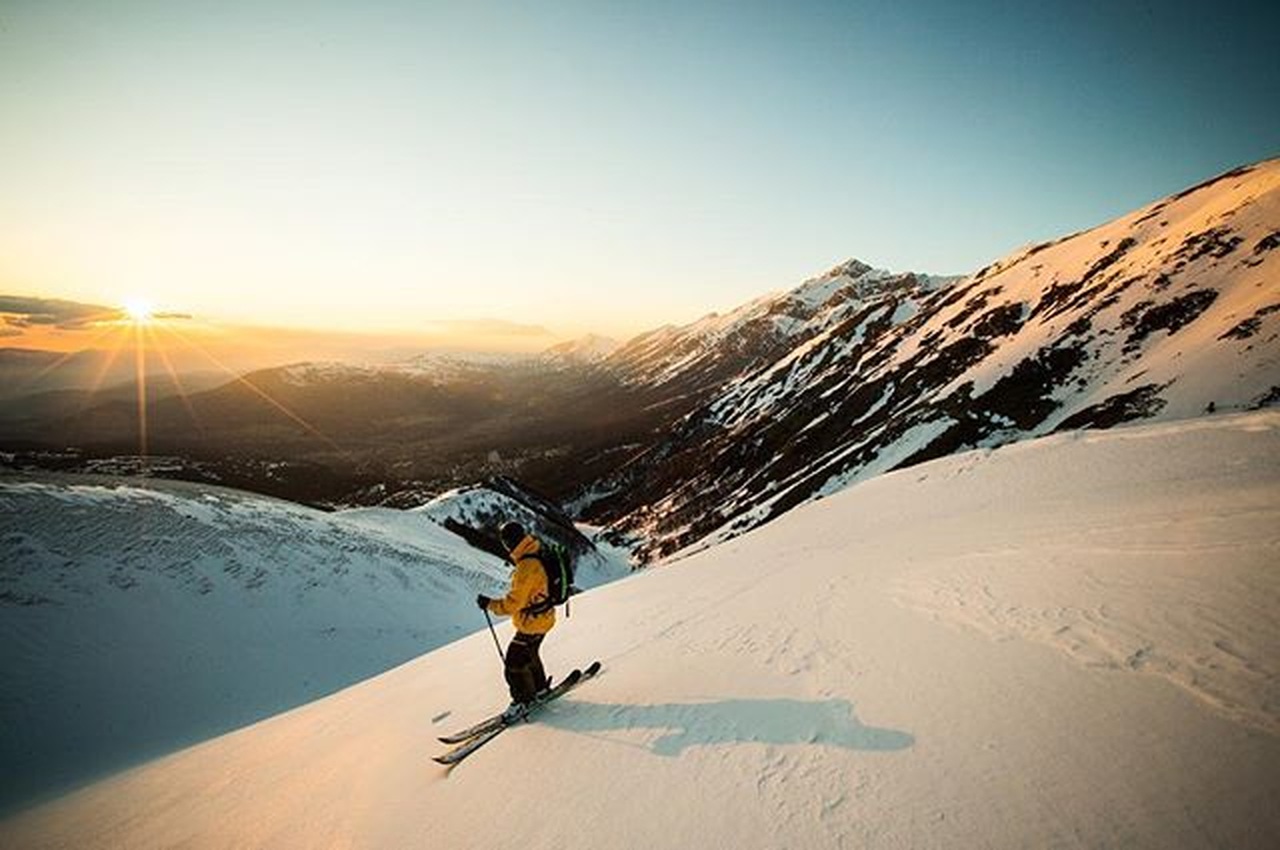 Right in the centre of Italy, Abruzzo is bounded by Lazio to the west, Le Marche to the north, Molise to the south and the shores of the Adriatic to the east.

Indeed they brag you can ski in the morning and lie on the beach in the afternoon as Pescara, on the coast, is only an hour from away. It’s hard to imagine that there can be skiing so close to Rome, only around 90 minutes away by road

The mountains are rugged here, with some of the most dramatic scenery in Italy, and they’re perfect for both winter and summer sports. 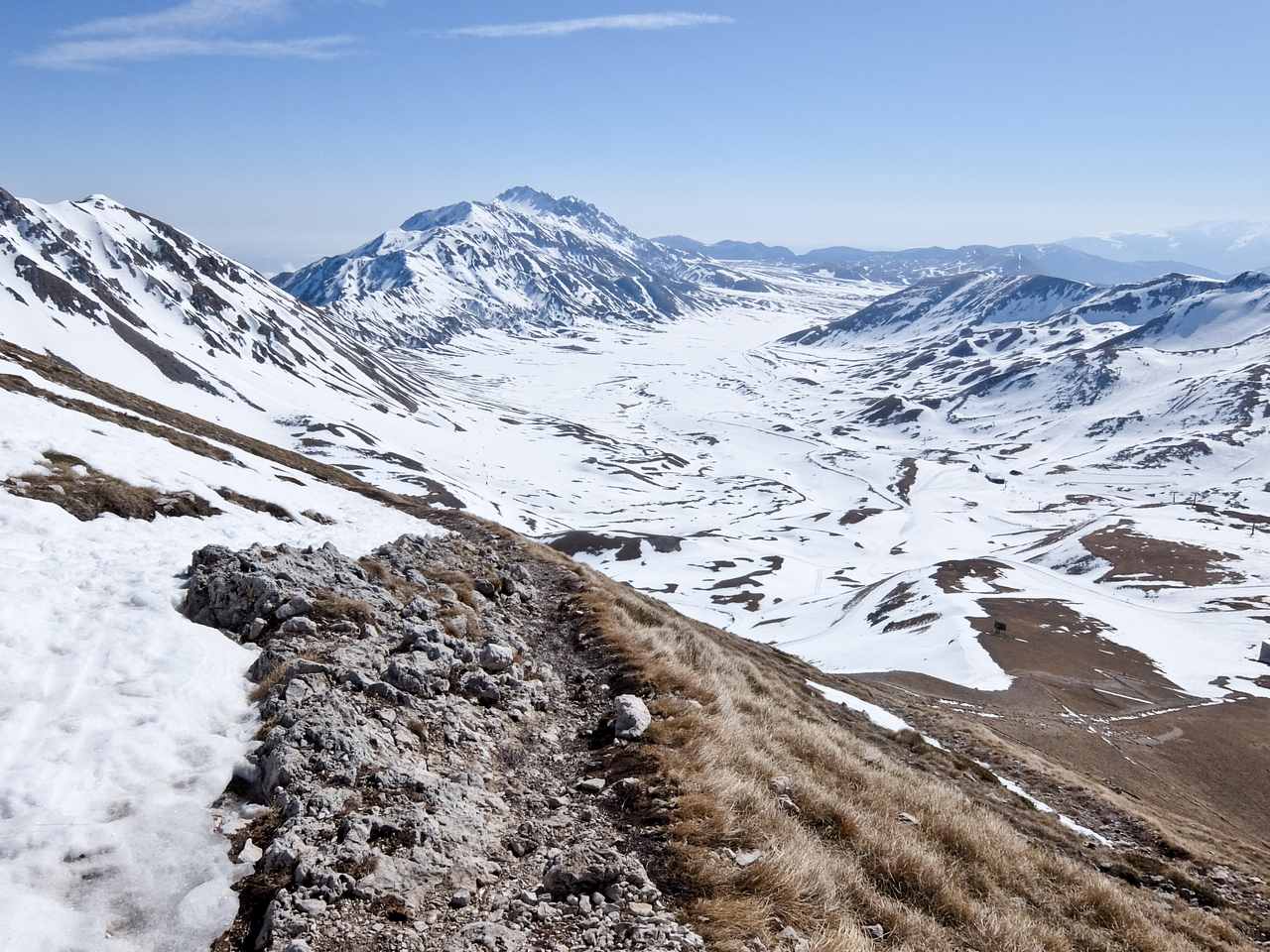 This is a wild region, its villages perched precariously on the heights as a protection against marauding pirates coming from the sea. It’s also sheep country with shepherds moving their flocks to Puglia in the winter and bringing them back into the mountains in the spring.

The skiing in Abruzzo

One of the oldest ski resorts in the Gran Sasso and Monti della Laga National Park. Known as the Tibet of Italy, Campo Imperatore is a large plateau at over 1500m, 30km long and 10km wide, overlooked by the biggest peak of the Gran Sasso, the Corno Grande. It’s one of the coldest zones in Italy with consistent snowfall from November to April. 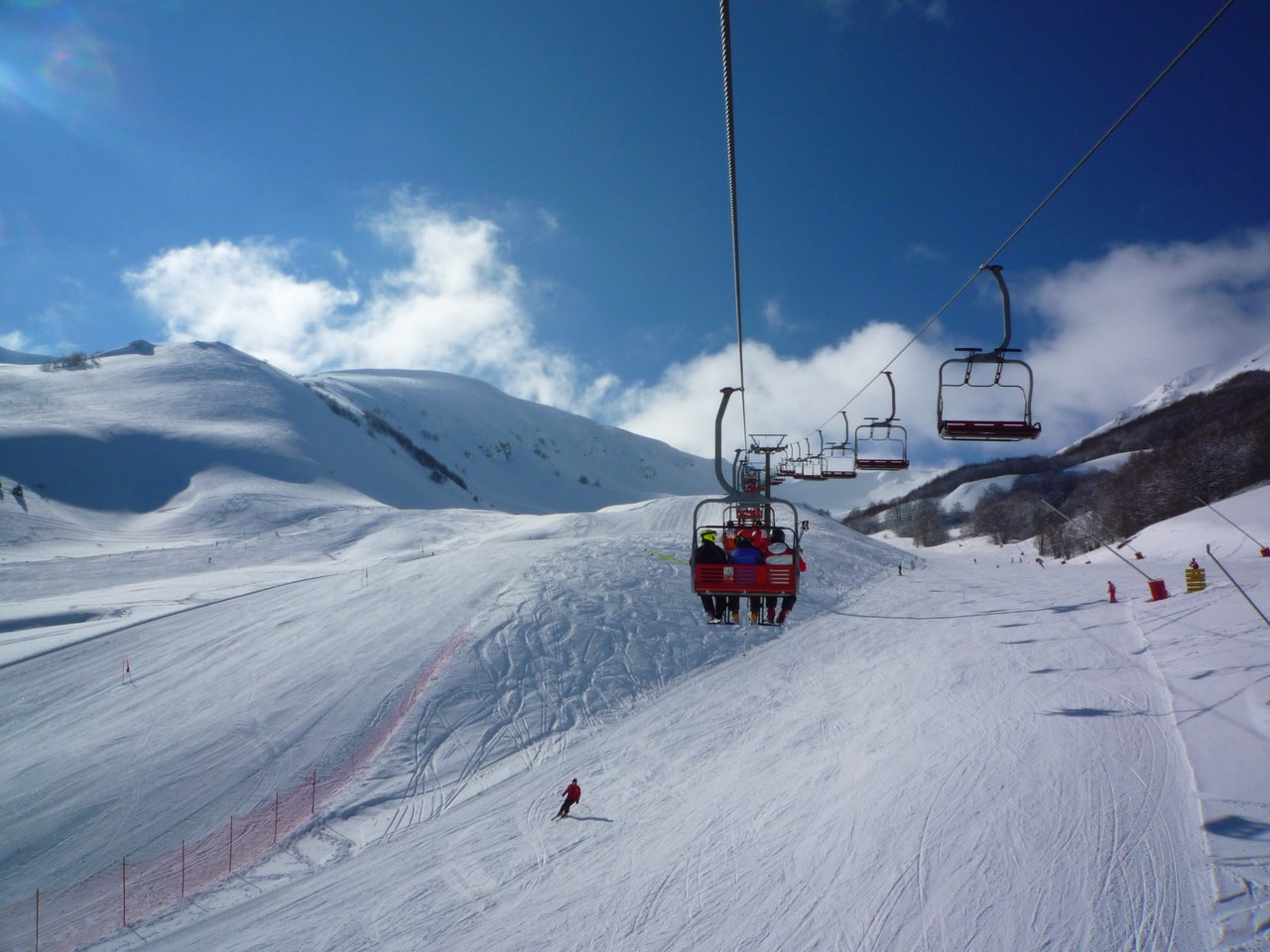 A cable car from the village of Assergi brings me up to enjoy 22km of downhill slopes and more than 60km of cross-country trails. It’s quite high here, between 1,115m and 2,235m and there are 11 pistes, a mix of red and blue and four ski lifts. Interestingly Mussolini was imprisoned in 1943 in the Hotel Campo Imperatore before he was rescued by the Germans in a daring raid.

The wide Campo Felice base has gentle slopes, ideal for beginners. Several intermediate runs (blue and red) fan across both sides of the mountain. The longest black descent is an invigorating 2.5km.

Located in the Sirente-Velino Regional Park, the Ovindoli ski resort not only offers great skiing slopes but also fantastic scenery. There are 35km of slopes with 6 blue, 8 red and 7 black with 11 lifts and 50km of cross-country trails. Due to its northern exposure the ski season runs from December to May and there’s an abundance of snow.

Beginners and learners slopes are in two areas – at the base and higher up at 1900m in the Amphitheatre Bowl. There are 6 runs designated easy varying between 350m and 1km. Ovindoli is home to Europe’s longest ‘magic carpet’ lift – perfect for beginners.

A chair lift takes you up to Monte Magnola to the highest point of the resort at an altitude of 2056m. If you’re an advanced skier, don’t miss out on the spectacular 4km l Pistone slope off the Monte Freddo lift 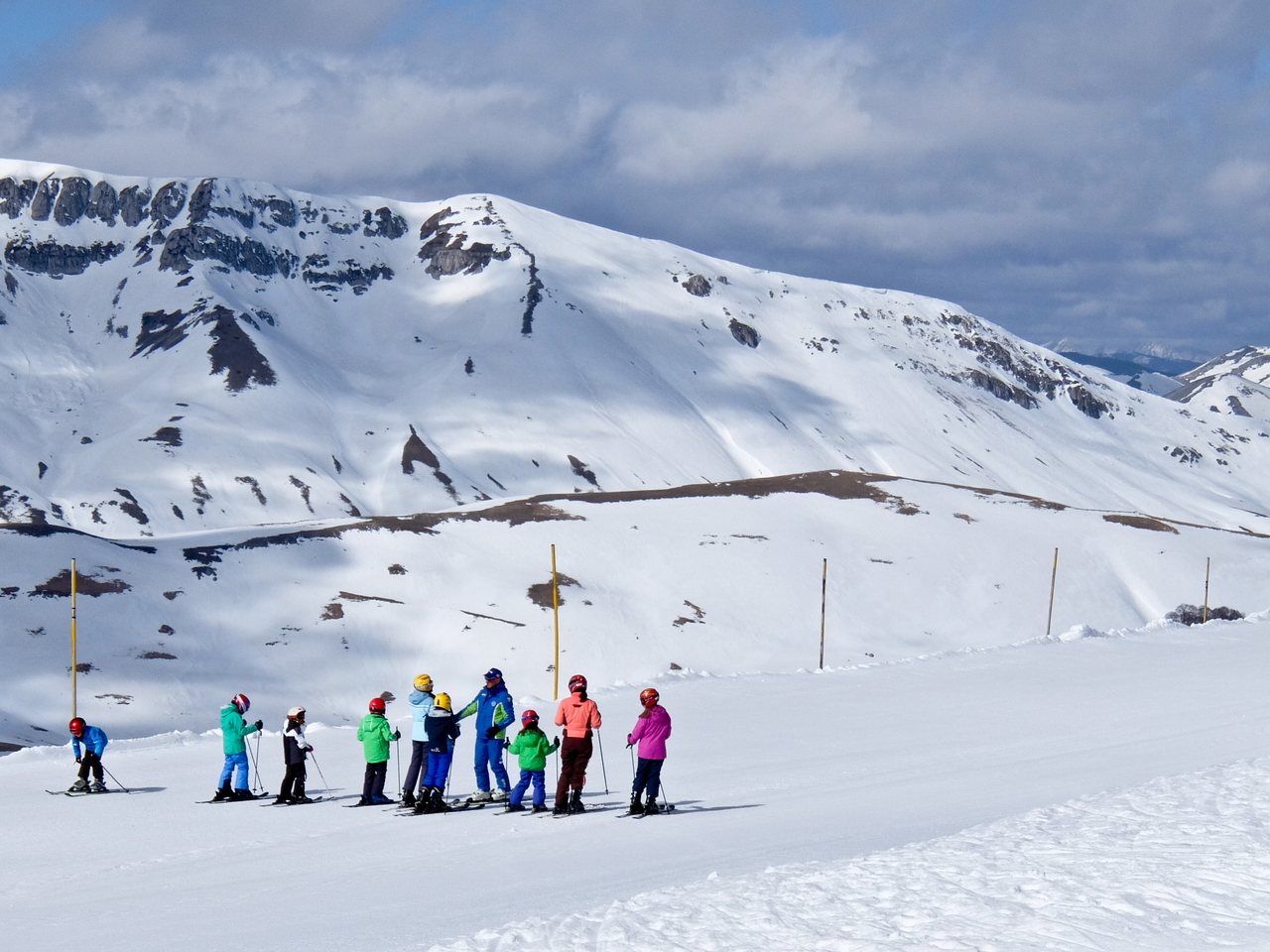 Roccaraso is the largest ski area in Central Italy with 150km of slopes that connect the resorts of Rivisondoli, Pescocostanzo and Pescasseroli through 32 lifts. It boasts 22 blue, 9 red with 8 black for more advanced skiers. There’s also 60km of cross country trials.

Beginners will love the 45km of green and blue runs which vary in length from 100m to 5km. The ski school has several English speaking instructors and there are teaching areas at the base of five chair lifts.

There are 25 red runs, for intermediate skiers, criss-cross the mountain, totalling over 40km and ranging in length from 1km to 3km. For advanced skiers, there are around 20km of slopes on 11 designated runs including steep thigh burning descents down to Pizzalto and Lago d’Avoli. 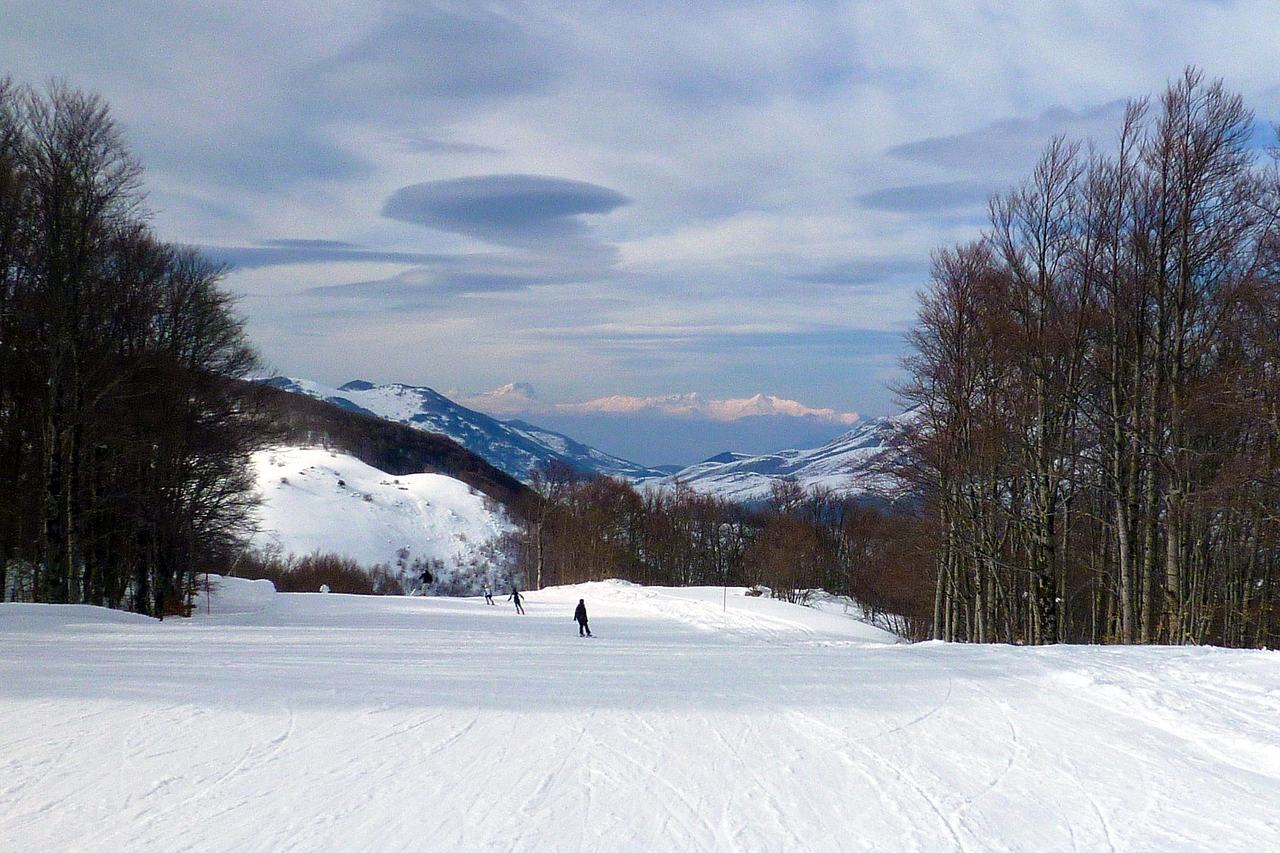 Why go to Abruzzo?

Long season – due to the altitude there’s good skiing from November to the end of April.

Rome – you can always combine a visit to the Eternal city before or after your skiing.

Where to stay in Abruzzo

How to Get to Abruzzo

EasyJet has direct flights from London Gatwick to Rome Fiumicino.

The resorts can arrange airport transfers or there’s a train from Rome to L’Aquila.