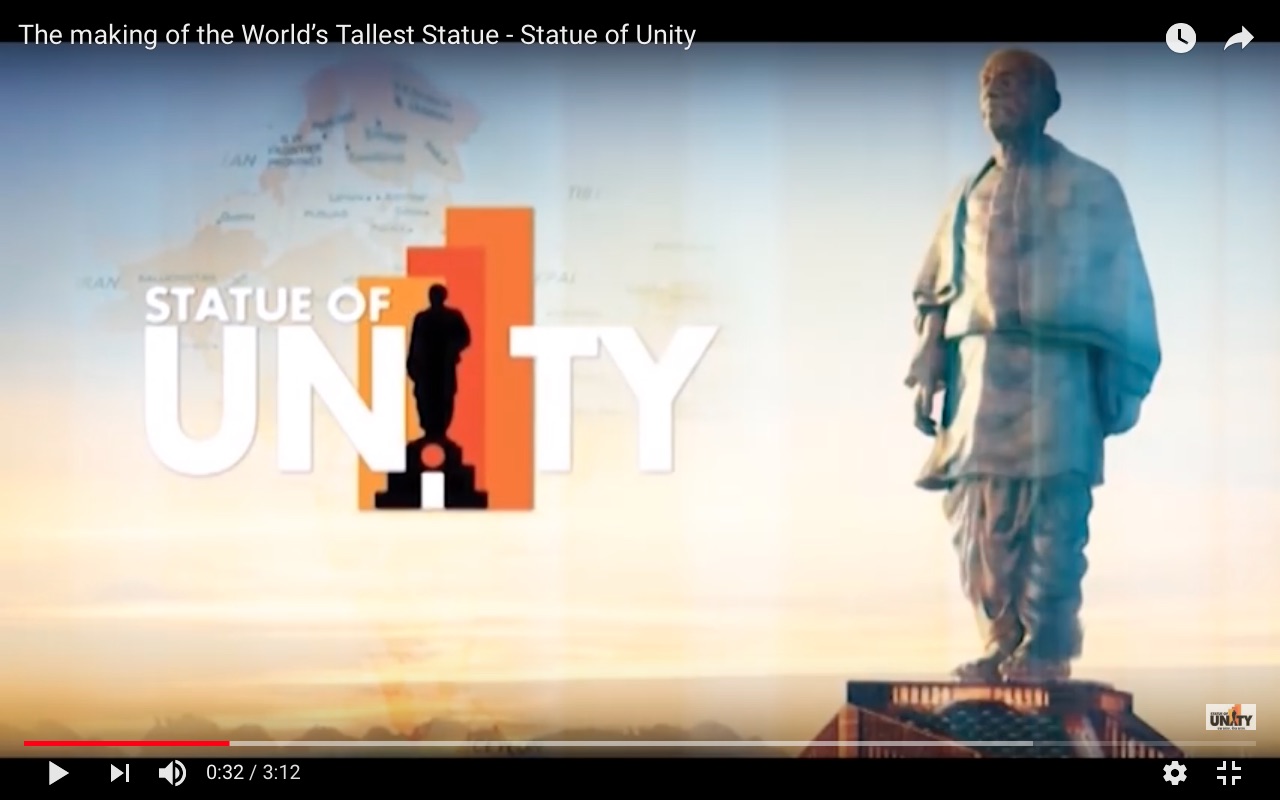 The world’s tallest statue has finally been unveiled today (Wednesday October 31). It took eight years from the day the idea was conceived, so it was a welcome moment when The Statue of Unity, which stands at 182 metres / 597 feet high was revealed in Gujarat, India’s westernmost state.

The statue was built to honour freedom fighter and India’s first Home Minister, Sardar Vallabhbhai Patel, on his 143rd birthday. It took four years to build and is twice the height of the Statue of Liberty in New York in the US. It stands on Sadhu island on the Narmada river and depicts Patel wearing a traditional dhoti and shawl, towering over river.

Statue of Unity is an answer to all those who question the existence of India. The height of the statue is to remind the youth that the future of the country will be as huge as this. It is also symbolic of our engineering and technology affordability.

Had Sardar patel not united the country, we would need visas to see lions or pay homage at Somnath or view the Charminar in Hyderabad. Patel converted India’s diversity into its biggest strength. The country is today following the path shown by Patel and is moving towards becoming the world’s greatest economic and strategic power.

The statue costs Rs 2,89 crores and took 42 months to complate. Around the statue is a food court and the Shrestha Bharat Bhavan, a 52 room three-star hotel built to serve visitors.