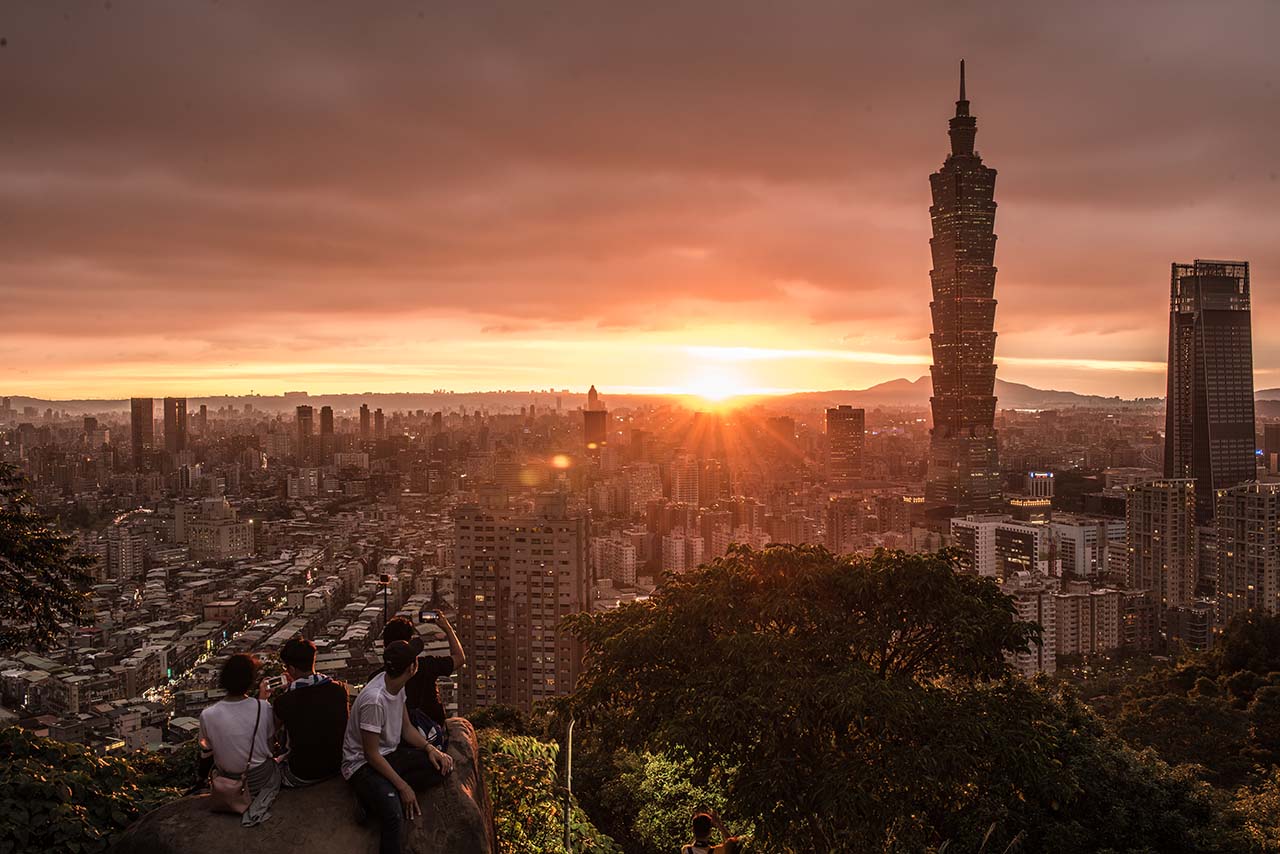 The tower on the right is Taipei 101 (formerly known as the Taipei World Financial Center). The building was officially classified as the world’s tallest in 2004, and remained such until the completion of the Burj Khalifa in Dubai in 2010.