Why you should make The Gambia your next holiday destination. 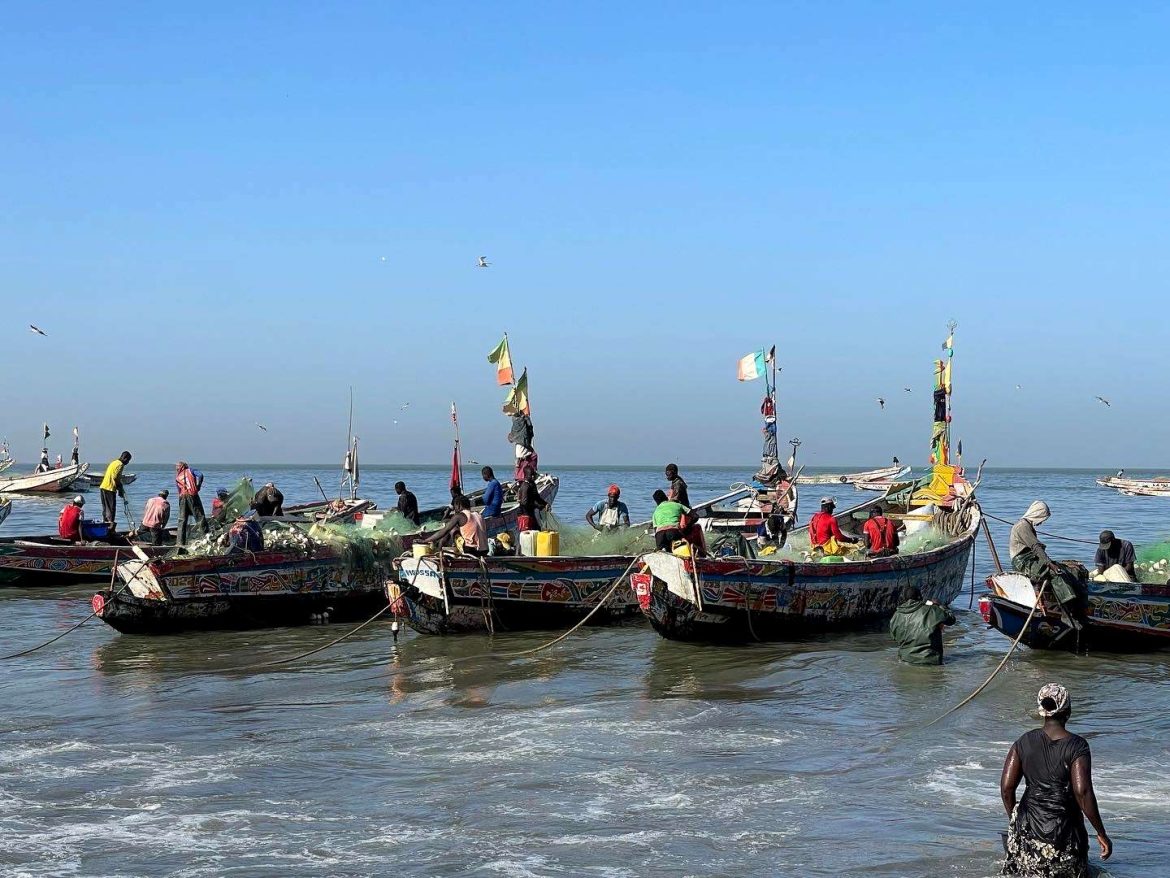 Britons looking for a winter sun holiday would do well to consider The Gambia in West Africa. This strangely-shaped slither of land that protrudes into Senegal is just a six-hour flight from the UK, shares the same time zone, locals are welcoming and friendly and to top it all is great value for your holiday money.

As a former British colony (independence in 1965), English remains the national language though you won’t hear it much as locals prefer to chat among themselves in one of their seven tribal languages including Mandinka and Wolof.

The landscape straddles the River Gambia and the country is surrounded by Senegal save for a narrow coast with the Atlantic Ocean. It’s this part of Gambia, its western end, where the glorious beaches and the vibrant markets of Serekunda and Royal Albert are and where Banjul, its capital is located on its own island at the mouth of the ocean.

And this is where I spent my week-long stay in on the cliff-top Ngala Lodge Hotel.

There’s no denying that The Gambia assaults the western visitor with a dizzying whack of culture shock. Gambia is a (slowly) developing country where outside of the capital Banjul, which has tarmac roads, pavements and some elegant buildings, it’s all wheat-hued dirt roads where goats and cattle saunter nonchalantly amid local street traders; women donned in vivid clothes colour the streets bright as they shimmy by, carrying their wares on their heads while others transport their goods in wheelbarrows or in carts pulled by a donkey or two. 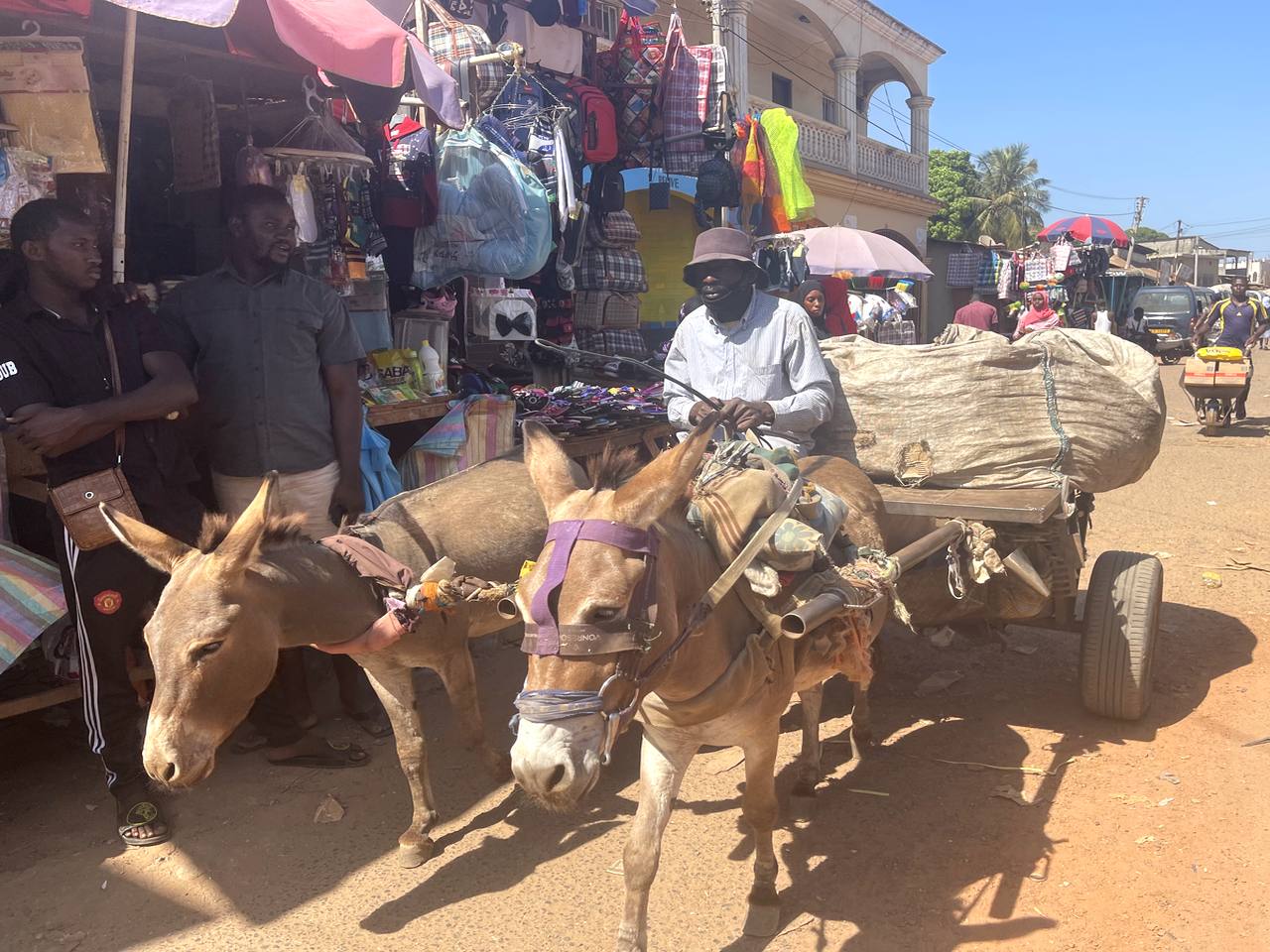 Yet there is plenty of traffic, vans, cars and bush taxis (often battered people carriers) stuffed with people paying a small fee to be transported somewhere. Anyone can wave one of these down and find they are sharing space with chickens and with a goat or two on the roof.

There are the more expensive bright yellow taxis (only used by locals as there are green ones for tourists) that stand out like mobile lemons in the traffic mayhem. The noise can be incredible.

It’s all pretty low rise and most live in modest homes and some without electricity. The highest structure in the country is the neoclassical triumphal Arch 22 at 35 metres (112ft) in Banjul. It towers over Independence Drive where the National Museum is located.

It’s as delightful as it is disquieting.

Many people don’t have electricity which means no fridge, so buying fresh food daily is the norm. So for a whopping dollop of bare-all daily life, the markets are an absolute must-visit.

Twisting paths are tightly packed with stalls and humanity on a mission. And the aromas are heavy (Serekunda has to be the stinkiest) with notes of fruit and veg, butcher’s sections, herbs, live chickens, fish and food being cooked by charcoal in wood shacks. The experience is both heady and overwhelming.

Just as I was acclimatising I found myself being seduced by smooth-talking traders. I really didn’t need that carving, or the homemade shea butter or even another dress. I tried to resist, and as I couldn’t, at least I bartered – that’s the way they roll. 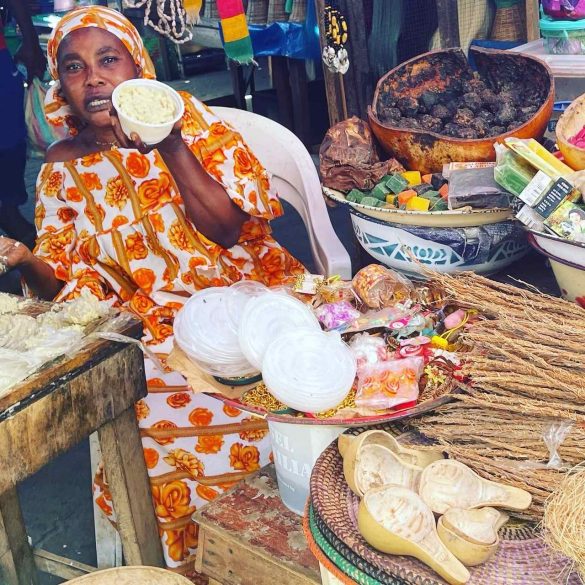 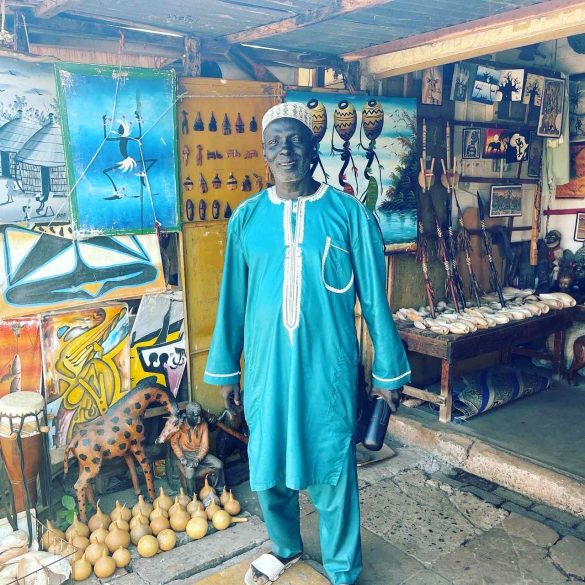 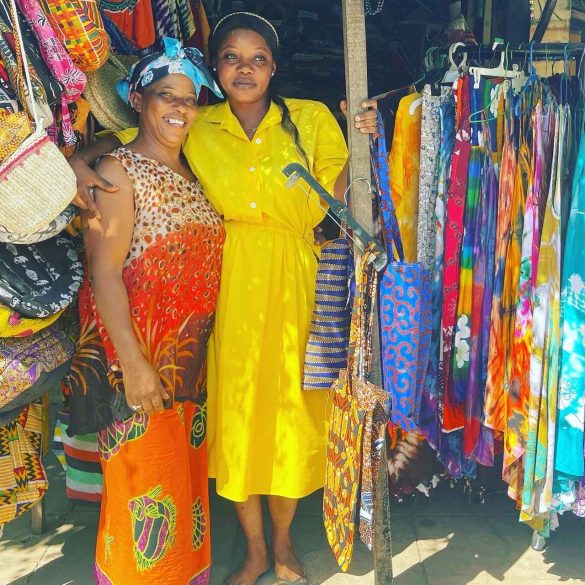 Everything is on offer including clothes, pots and pans and anything for home and family. Most impressive is the sheer range of cottage industry from homemade cooking sauces such as Benachin and even peanut peelers selling peanuts much used in cooking such as Gambian peanut rice pudding and Domoda peanut stew.

Hidden in pockets of the market are workshops where workmen recycle old fridges into trunks and where fizzy drink cans are collected melted down and recycled into pots and pans. The results are amazing.

Fish is a staple of Gambia and in the Kombo South District is Tanji, a coastal village dedicated to fishing, selling, smoking, salting and drying huge piles of fish.

Every day the fishing boats arrive to the sounds of seagulls and the sea lapping onto the shore. They sell their catch directly to traders who sell them on. And this is where I went shopping when I had a cooking lesson with Ida.

Ida is a bit of a legend in Gambia offering an extraordinary cooking experience. First, she dressed me in African attire to get into the zone. Together we decided to cook a fish Benachin dish – which simply means one pot cooking.

Back in the open air-kitchen we prepared the vegetables and sorrel leaves, pounded the bitter tomatoes, peppercorn, garlic and onions and fried the together to create mush with added tomato paste and water. 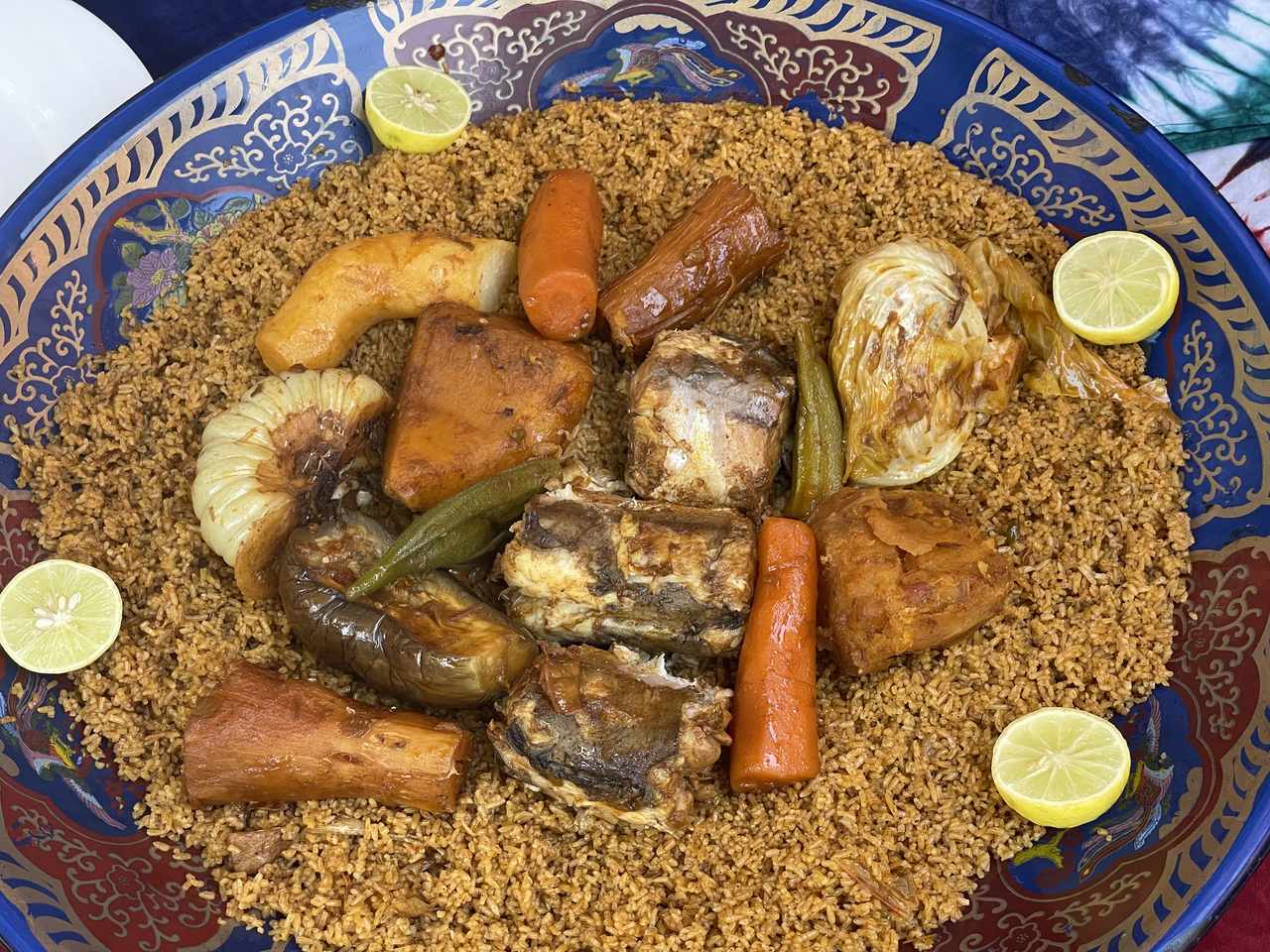 From there we added the vegetables and removed them when they were ready and cooked that fish in that stew too. Finally the rice. All the ingredients were placed onto a large plate from which we ate together. Ida used her fingers but offered me a spoon.

A fabulous day out. 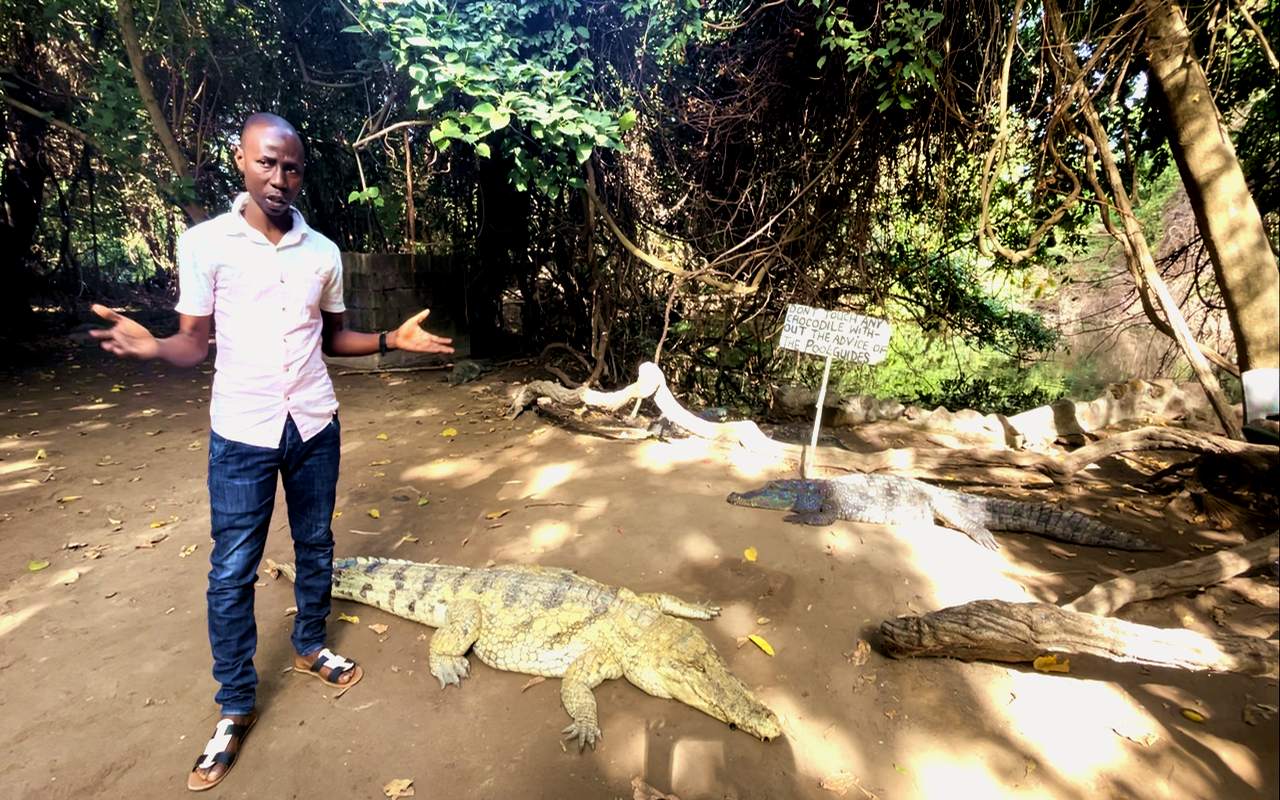 The Kachikally crocodile sanctuary in Bakau has around 100 crocodiles that are cared for by the chiefly Bojang clan. Moses a twentieth-generation Bojang descendant and his team of croc-carers feed them 250 kilos of fish a day and that keeps them sleepy all day. That means visitors can get close and even stroke them as long as they avoid touching their heads.

Legend has it that around 500 years ago, the Bojang clan were visited by the fertility spirit Kachikally in the form of an elderly woman claiming her daughter was drowning in the pool. The family helped out and was rewarded with the gift of the pool. They released a pair of crocodiles and the rest is history.

Incidentally at the entrance to the crocodile sanctuary is a small museum telling the history of Gambia and worth a few minutes of your time to see mystical costumes and for a snapshot of Gambia’s sometimes unsettling colonial history.

This river cruise on a 60ft traditional pirogue starts at Denton Bridge and passes slowly along the shimmering green salt waters of River Gambia and its tributaries and could not be any more relaxing.

After a few sips of the welcome drink of sparkling wine or coffee with whisky combined and the glorious vista of mangroves on both sides of the creeks, even the engine’s clamour disappeared. I nestle dinto my sunbathing spot on the top deck.

Along the way, we spotted spoonbills, a couple of purple herons and several Great White herons, just three species of the 500 that call this home.

The boat stopped twice, once before lunch to go swimming and again after lunch for fishing – they supply the fishing rods. It was glorious. My catch was two young angel fish which I threw back into the water.

Tours & ExcursionsWith exotic wildlife, fabulous beaches, and many cultural adventures, there’s plenty to enjoy, and The Gambia Experience offers a wide choice of excursions and tours, from a lazy day cruising down the River Gambia, to cultural days out exploring villages and towns to cooking experiences Gambian style, 4 wheel drive adventures, wildlife and bird safaris, and more.

DEAL: Gambia holiday – Save up to £150 per booking

Nice article but there’s much more to Gambia than the he coastal area. Did you not visit Bintang, Tendaba, Wassu Stones, River Gambia National Park, the cultural and historic town of Janjanbureh etc, etc?

Hi Dave, I wish I had been able to. I only had one week and focussed on the western part. I hope to visit again sometime to visit the rest that The Gambia has to offer.

Great. The coast is ok but the provinces are much nicer.

Thank you Sharron for this wonderful article. It makes me feel good about my country.

I have been on holiday to the Gambia three times and loved it. You may be overwhelmed by the locals wanting to be “your friend ” but take it in good spirit and enjoy the warm ambience of the country

Just returned to UK after our 5th visit. First went in 1991 so have seen a few changes, especially the airport where your cases were opened and searched then given a chalk mark!
Love the place, will definitely go back next year for temperatures in the 30’s

Very good description of what The Gambia is like. I have been many times and love the place, it has really progressed in recent times based upon my 1st visit around 17 years ago.

I have met some fantastic people over the years who I still keep in touch with and yes, I send a few quid now and again, they really appreciate it, it’s a hard life there.

When you go again make sure you visit Makasutu reserve it’s sheer beauty is worth the visit.

I think it’s fair to warn people who go out there about the bumpsters, these are people who pester you whenever you are alone. It’s a lot better if you pay a chap a few quid to be with you when out on excursions, the bumpsters leave you alone when you have one of their own with you.

I have a mate who meets me at the Airport and takes me everywhere for the whole time of my visit, I give him £100 plus his fuel and it keeps his family in food for a couple of months.

Enjoy your next visit.

Going end of the month for the 12th time

Amazing country and people are great

A nice article. I first visited the country in 1974. It was much different then. I didn’t go back until 2010 and simply feel in love with the country and it’s people. I have returned at least once a year ever since. Such a beautiful country.