They say you should keep your friends close but your enemies closer? Hapless Jason (Harry Melling) does his best to keep both at arms length – with disastrous results.

The pair in question are both friend and enemy. The friend is there to help him do what he is not emotionally capable of doing himself, communicate with his mother and come to terms with the death of his father. Oh, and this friend is a glove puppet, incidentally; one Jason never takes off, even after puppet lessons at the local church rooms have finished.

The enemy is the sheer destructive force his appendage, Tyrone, unleashes every time he finds himself facing any sort of conflict, be they his own sexual tensions, the domineering mother he blames for his father’s passing, or those inflicted by the class bully, Timothy.

Tyrone, at first a mere stage prop for a forthcoming Church event, quickly and inevitably, takes on a life of his own with often darkly hilarious results as the play progresses. 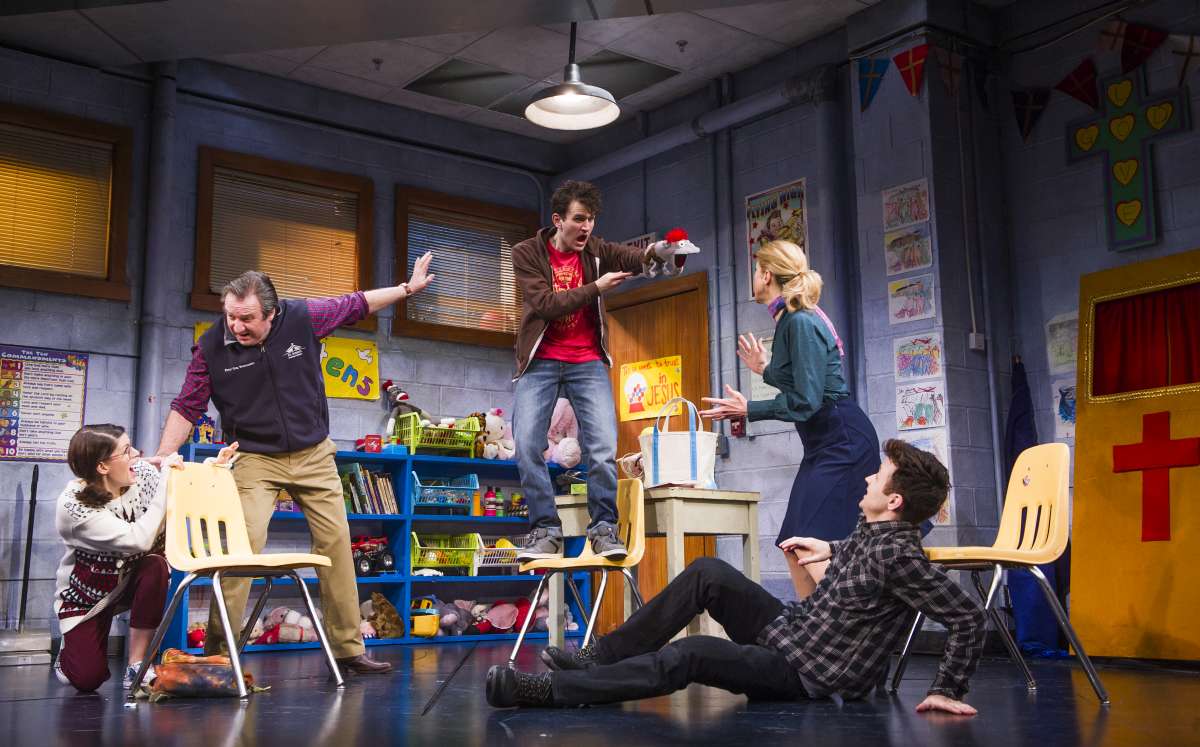 The dialogue, which veers from delightfully spiky to boorish and unpolished in places, is overshadowed by the constant stream of profanities that pour from the puppet’s extremely expressive mouth. A little wearing, even by the interval.

There’s plenty of action as Timothy (Jamie Mains) comes out from behind his surly exterior to express his rather juvenile and fumbly love for Jason’s mother, Margerie, played by Janie Dee, followed by a gratuitous and cringeworthy scene in which they have violent sex, something Tim then brags about. 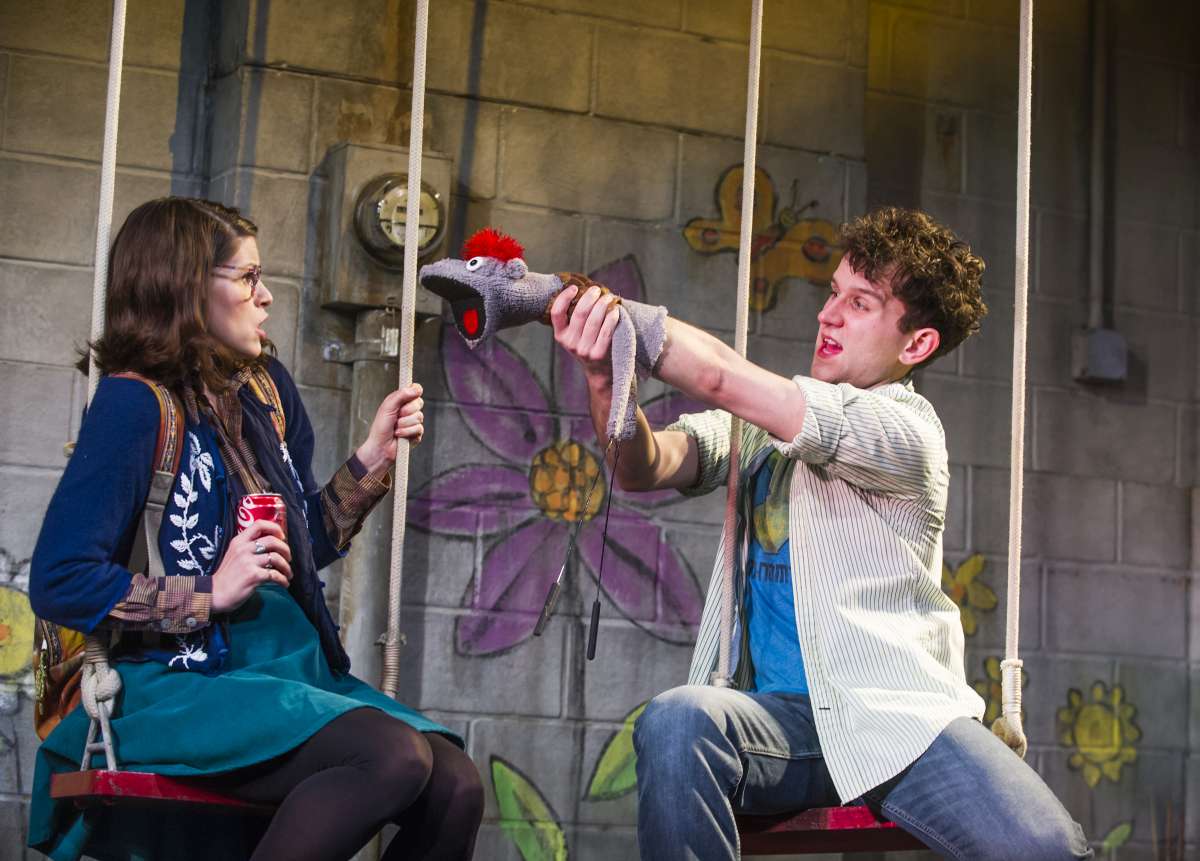 But there’s a fabulous romp in which the other puppet class member, prim and proper Jessica (Jemima Rooper) uses her own puppet to engage with Jason in the only way he knows how, and the puppets, like tiny avatars, end up losing their virginity in a way Miss Piggy only dreams about and Jason and Jessica momentarily lose their inhibitions.

Overall, it won a lot of laughs, some genuine (like when the naive Timothy revealed he thought love was “having brunch”), some nervily polite and there was enough blood spattered to keep us on the edge of our seats as Tyrone somehow grew teeth and bit off Timothy’s ear before Jason desperately bludgeons his own hand with a hammer. 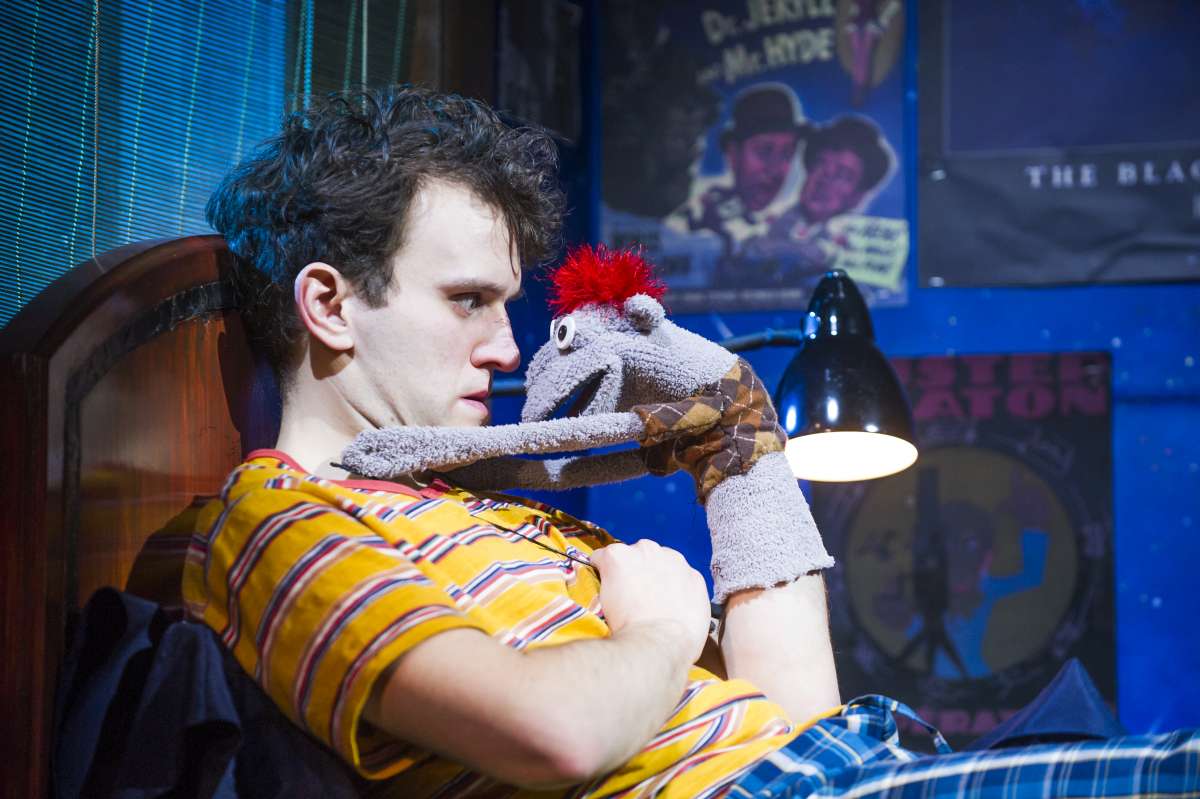 Add to that a moment of confusion early on when the stage set got stuck and the link music had to be repeated and you have something of a night to remember.

And of course, there was Neil Pearson’s clergyman, in whose church the scene was set and who relished with the vigour of a do-gooder the self-appointed role of cleaning up the whole mess, while trying to, himself, get off with poor Jason’s mother and become the father figure he needs. 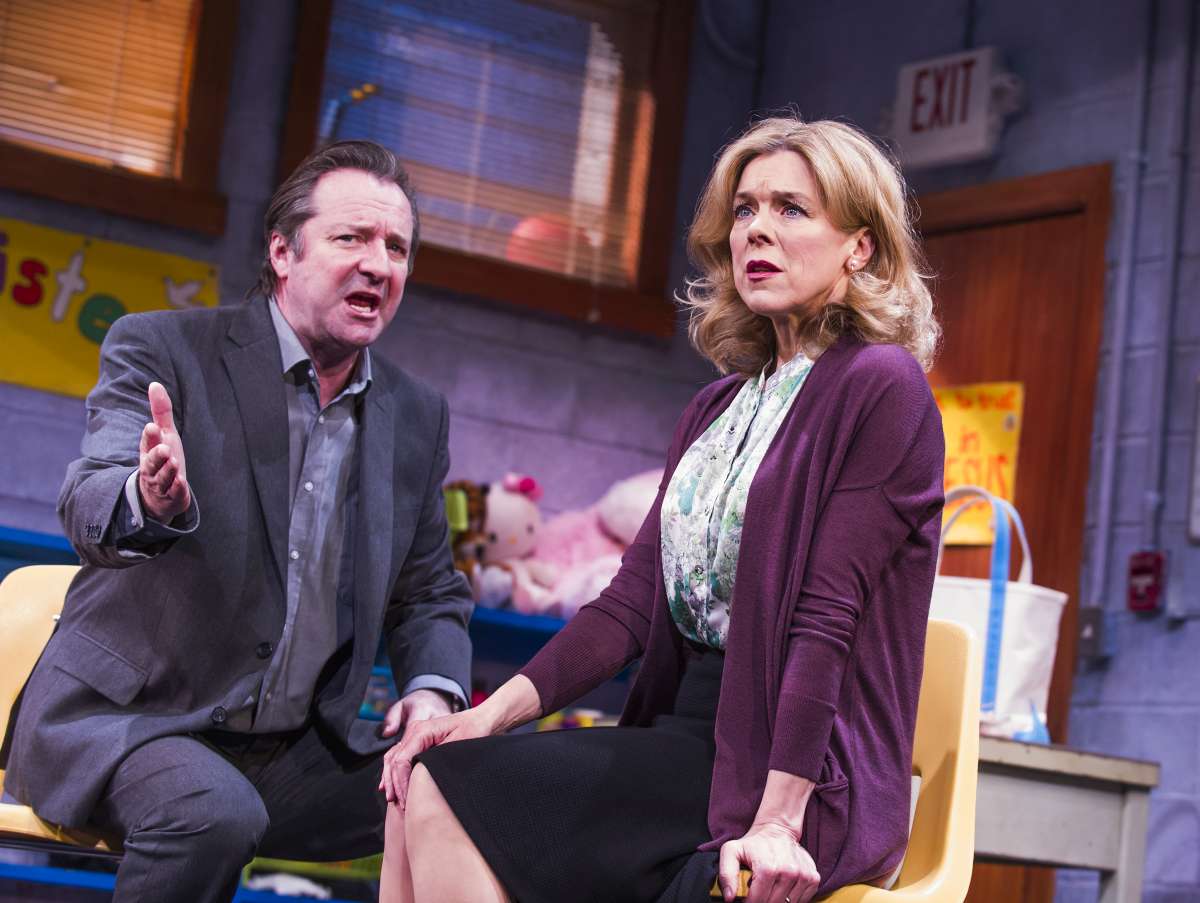 The narration, with which Tyrone opened and closed the show, would have us believe it’s all God’s fault. Some may warm to the cynicism, others reel at such blasphemy.

Full-on, manic, fairly uncompromising and more exhausting than thought-provoking, Robert Askins’ show fresh from it’s Broadway run was entertaining nonetheless, a farce that seems happy to dispense with any real sense of plot and let the demonic Tyrone have his day, thanks to Melling’s excellent puppetry.

But as for that potty-mouth of Tyrone, more than once I couldn’t help wishing he’d put a sock in it.