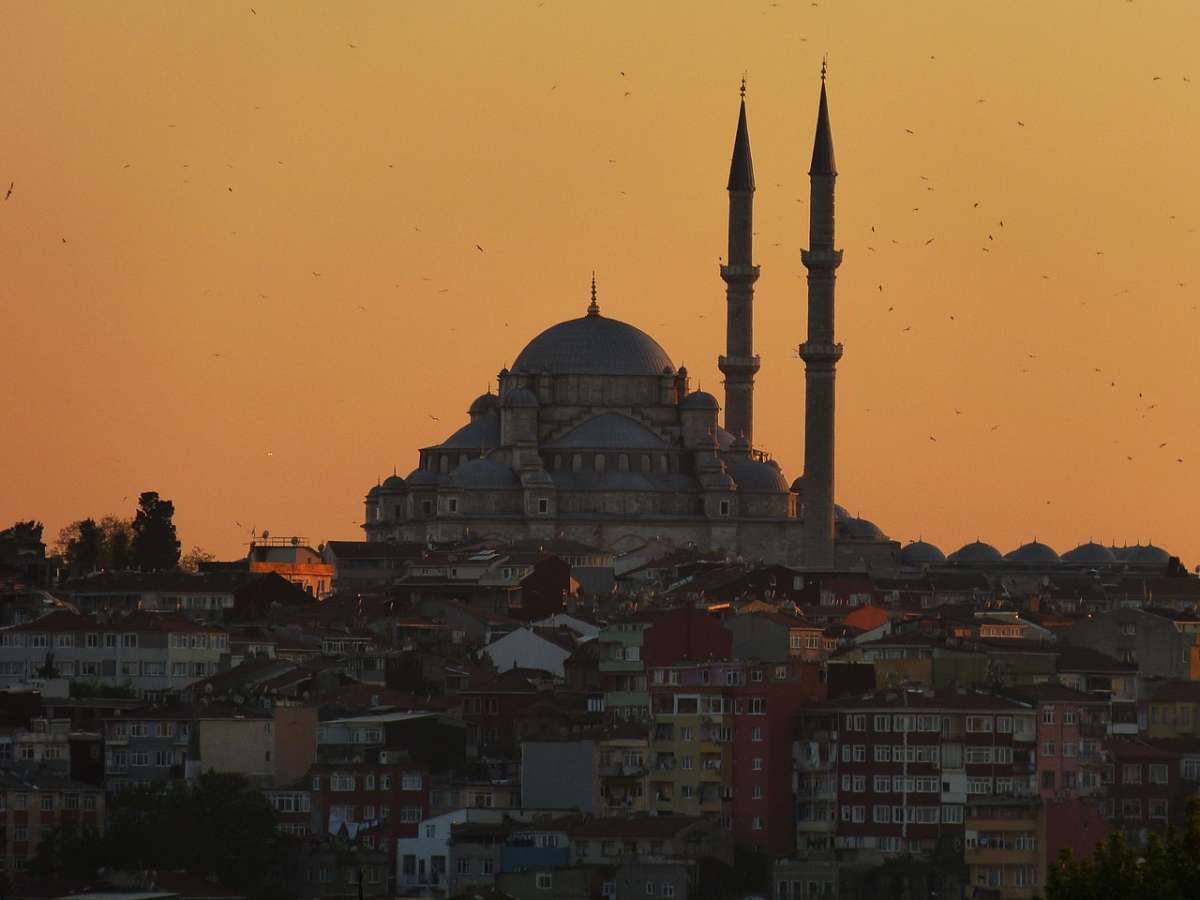 We don’t need a magic carpet to see this fascinating melting pot of the ancient, Christian and Ottoman worlds. We can take a ride on the new Marmaray rail link, which has a stretch under the sea, to a fabled Turkish city, straddling two continents, dating back 3000 years.

Istanbul, once capital of the eastern Roman Empire, is now a bustling, modern metropolis where ancient architectural relics, symbolising the opulent riches of old, rub shoulders with the trappings of Turkey’s new wealthy economy.

Beyond the view of the spectacular skyline dominated by mosques the Bosporus Strait divides the city; one side is in Europe and the other in Asia. The Sea of Marmara lies to the north east and the Golden Horn, to the south, is a scenic waterway for ferries and pleasure crafts.

Its many-layered history begins In 700BC when Greek colonists settled on on the Asian side, followed by the Byzantines who settled the western side and gave the city its name. Byzantium became part of the Roman Empire and Emperor Constantine, who converted to Christianity on his deathbed, renamed it Constantinople. Christianity became the state religion.

Emperor Justinian’s time passed, Crusaders attacked and then Istanbul eventually fell into the hands of the Ottoman Sultans who introduced Islam and expanded the empire.

Mehmet 11 was the first. He captured Constantinople in 1453 with his ingenious method of attack. When faced with a heavy chain which closed the mouth of the Golden Horn, he simply transported his ships overland on rollers, marched them down the other side and conquered the Byzantines by surprise. He was an enlightened ruler who encouraged the Muslims, Jews and Christians who had fled the city to return and allowed them to worship as they pleased. The city became known as Istanbul.

The dissolute and unbalanced behaviour of the cosseted sultans eventually proved the empire’s undoing. A new leader, Ataturk, (after the Turkish war of Independence) abolished the sultanate and founded a republic in 1923.

Once dubbed “the sick Man of Europe” in the 19th century, present day Istanbul has come a long way and indeed was named the “European City of Culture” in 2010.

From Sultanahmet square, the heart of the city, many of the main monuments can be reached on foot or by a network of trams, buses and the bright yellow taxis, whose drivers usually have a modicum of English. So ask them to take you to see the following sights: 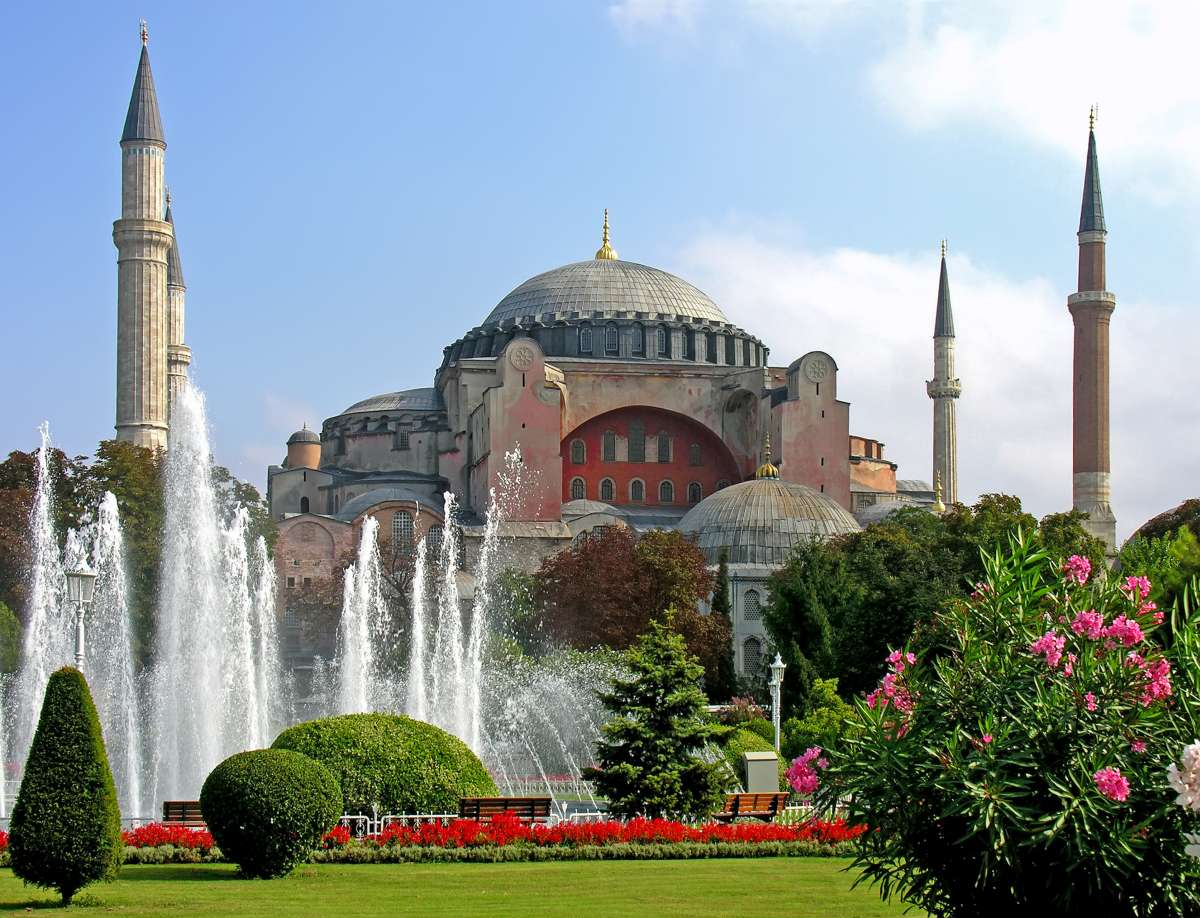 This sublime architectural masterpiece was once the world’s largest cathedral for nearly a thousand years. The Virgin Mary, Jesus and apostles are depicted in many of the richly decorated mosaics. Paintings of four giant six-winged cherubs hover on each of the four pendentives.

When the Ottomans under Mehmet II converted it into a mosque in 1453 many of the Christian faces were covered up. Islam bans representational imagery and the face of Mohammed is never seen. Large 19th-century medallions inscribed with gilt Arabic letters, hang alongside the pendant chandeliers which light the spectacular interior. It is now a museum and use of the complex as a place of worship, in this secular country, is strictly prohibited.

Just across the park from the Hagia Sophia in the Sultanahmet region, lies the17th century Blue Mosque, so called for the 20,000 blue tiles adorning its interior walls and its high celing.

It was built by Sultan Ahmet I as a place of Islamic workship that would rival the Hagia Sophia. It is so big that it dominates the skyline and architecturally it is a pleasant mix of Byzantine and Islamic features comprising one main dome, a series of eight cascading domes and six minarets.

Each morning, you will hear the Muezzins at each of the imperial mosque complexes call the faithful to their prayers. 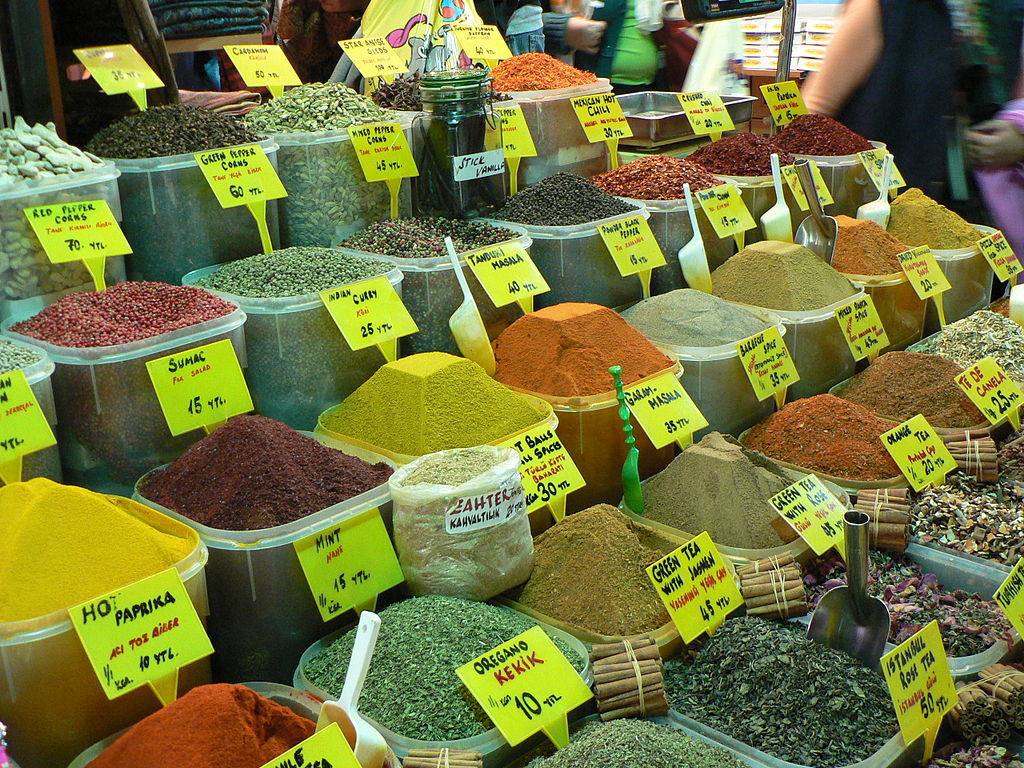 You will find this colourful market place – the largest bazaar in the city – under an arched roof in the Eminou quarter of the Faith District. As soon as you walk in you’ll notice the aromas of coffee, cinnamon, saffron and cloves wafting by. Lining the narrow passages there are 85 stalls offering jewellery, sweets dried fruits and nuts. Stall holders selling Turkish delight and lokum, are happy for you to taste their wares. 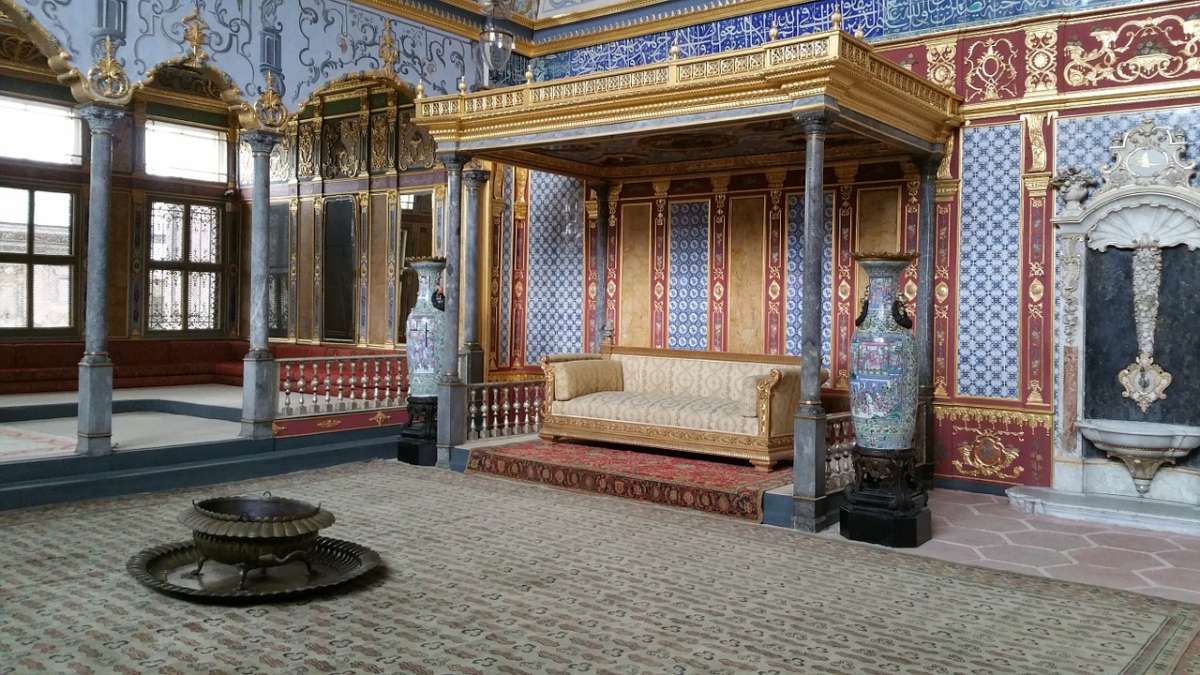 Be dazzled by the glittering diamonds in Topkapi Palace – an opulent enclosure of courtyards, ornate rooms and a Harem; the treasure – chest that housed the sultans for hundreds of years. It is now a spectacular museum. You enter through the Imperial Gate erected by the Sultan Fatih in 1478. Its niches used to be gruesomely decorated with the severed heads of rebels and criminals. There is a wonderful view from the restaurant here, out onto the Sea of Marmara and the bridges that span the Bosphorus. Visitors to The Sacred Safekeeping Hall can see items including Moses’ staff, Muhammad’s sword, tooth, beard and cloak while a soundtrack plays of the Quran being read live. In the treasury itself are jewels, golden artefacts, emeralds the size of eggs and the famous bejewelled Topkapi dagger. 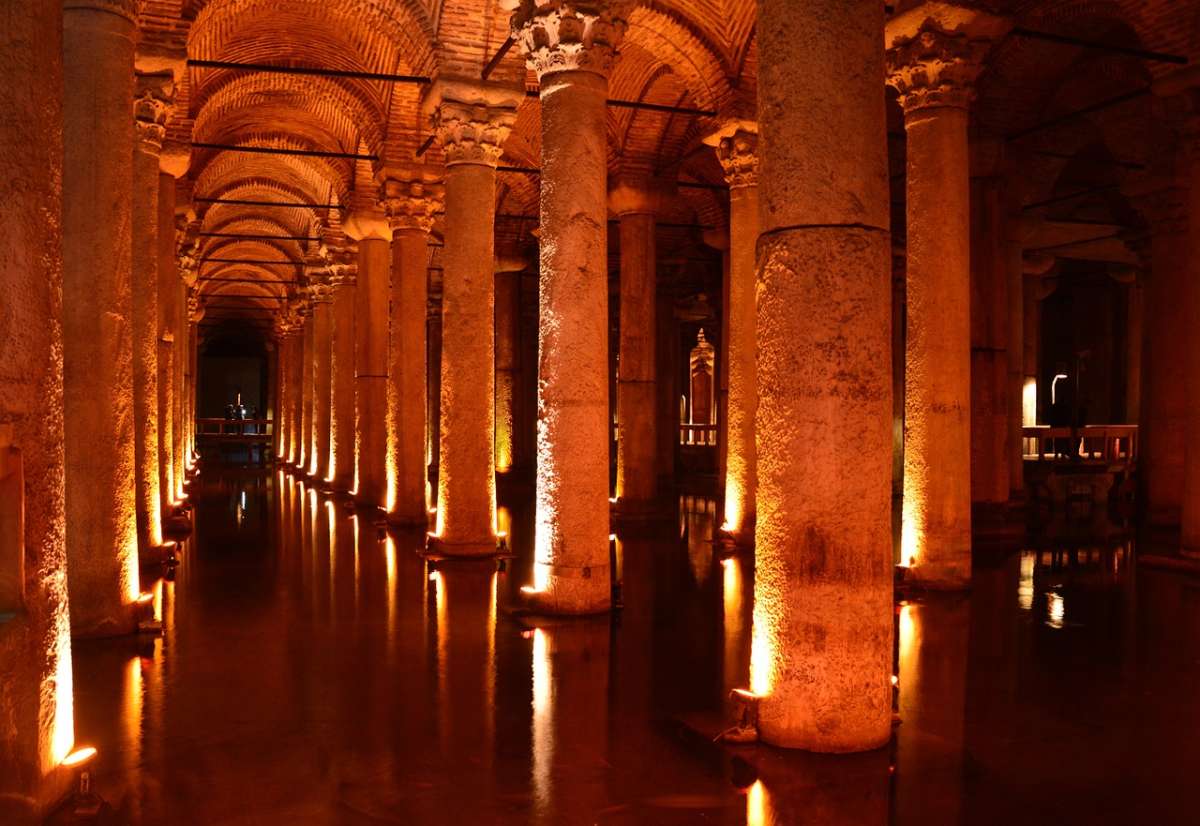 All the museums are closed every Monday so this would be a good day to go underground and say a hello to the carved head of the Gorgon Medusa. This ancient Roman water-storage depot, a remarkable engineering feat with brick vaults supported on 336 columns, is eerily calm, and, of course, damp. The carving of Medusa was reused as a base of one of the columns which rests in water; the head is upside down and noone knows why. 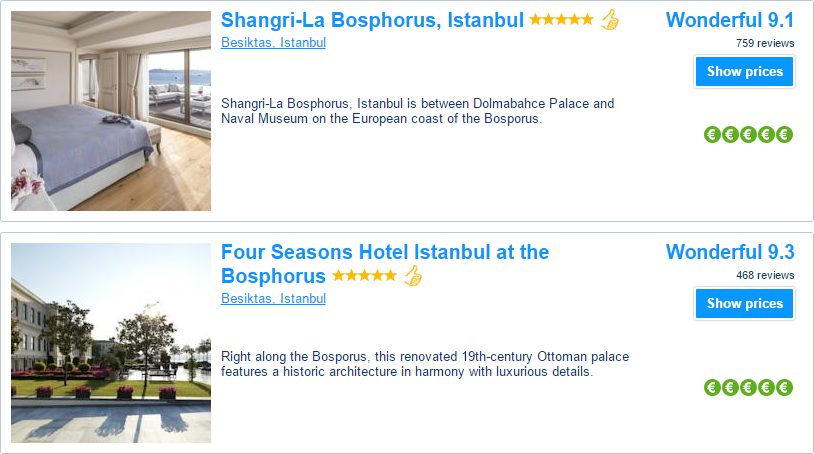 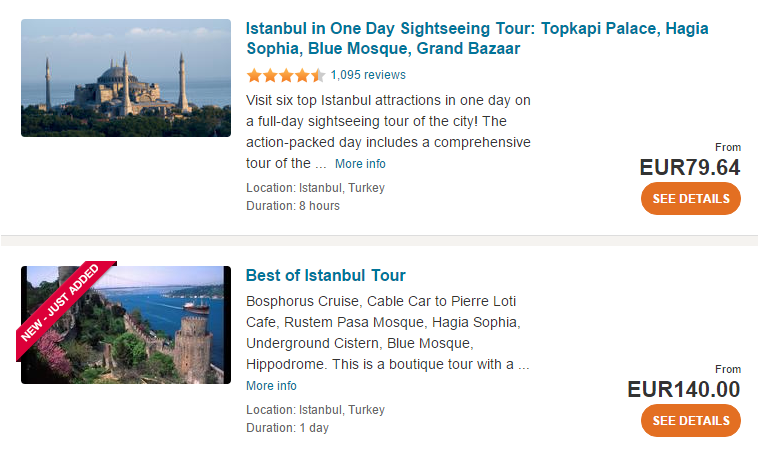 Know Before You go