Home WorldEuropeMontenegro Travel Guide: What is there to see and do in the Bay of Kotor, Montenegro
MontenegroTravel ArticlesTravel Guides

Travel Guide: What is there to see and do in the Bay of Kotor, Montenegro 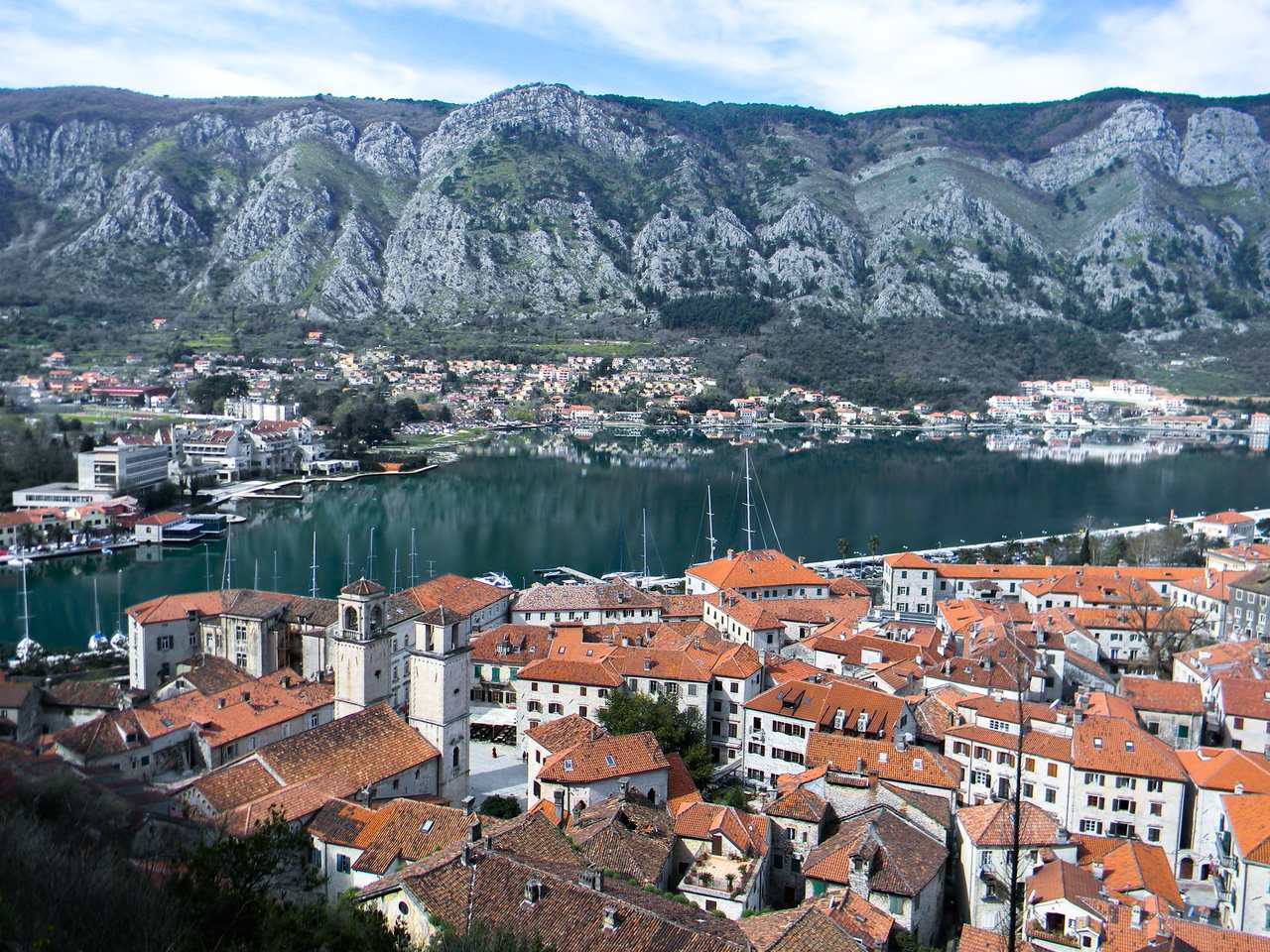 Nestled in between Croatia, Serbia, Kosovo, Bosnia & Herzegovina and Albania, Montenegro is a small Balkan gem with plenty to explore. With medieval towns, lakes, mountains and canyons, you’ll want to check it out on foot, so don’t forget to pack your walking shoes.

Now thanks to budget flights from London to Tivat, the Bay of Kotor in the southwest of Montenegro is waiting to be explored. Here is our guide to the top things to do when you get there.

Just half an hour from Tivat airport is the UNESCO Heritage town of Kotor, a labyrinth of winding streets and old stone stairways leading to churches, prisons and palaces. You can spend hours here just sauntering, drinking in the atmosphere and absorbing sights such as the cathedral of St Tryphon with its silver altar and mysterious frescoes.

One of the alleys radiating off the main piazza takes you to the start of the ascent to the 9th century St John’s Fort. Climb 1,350 steps to the fortress which looks out over Kotor and the Bay of Kotor, dominated by cliffs. 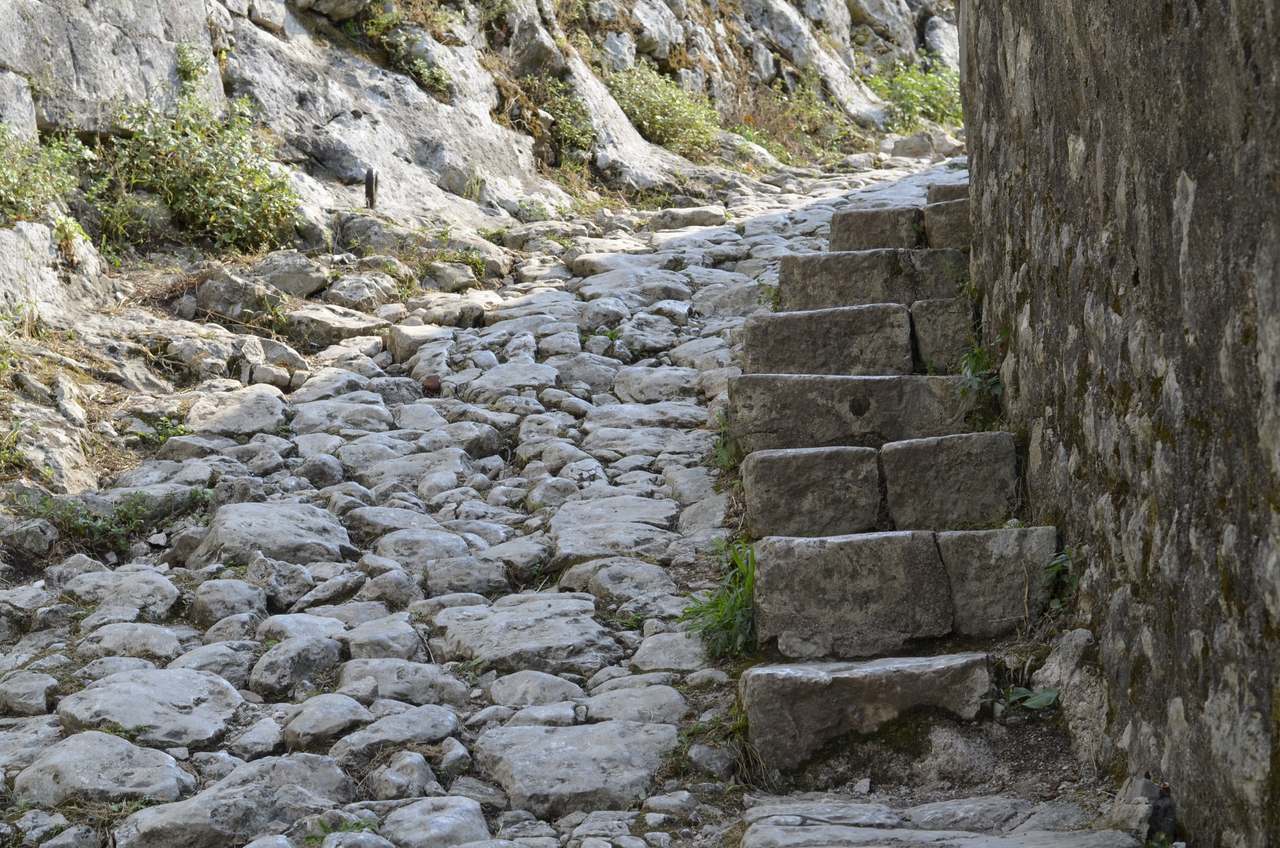 Afterwards grab a local Niksicko beer at one of the many cafes and bars that are dotted around the old town. Don’t be surprised if you are joined by a cat or two – Kotor is home to thousands of the creatures. 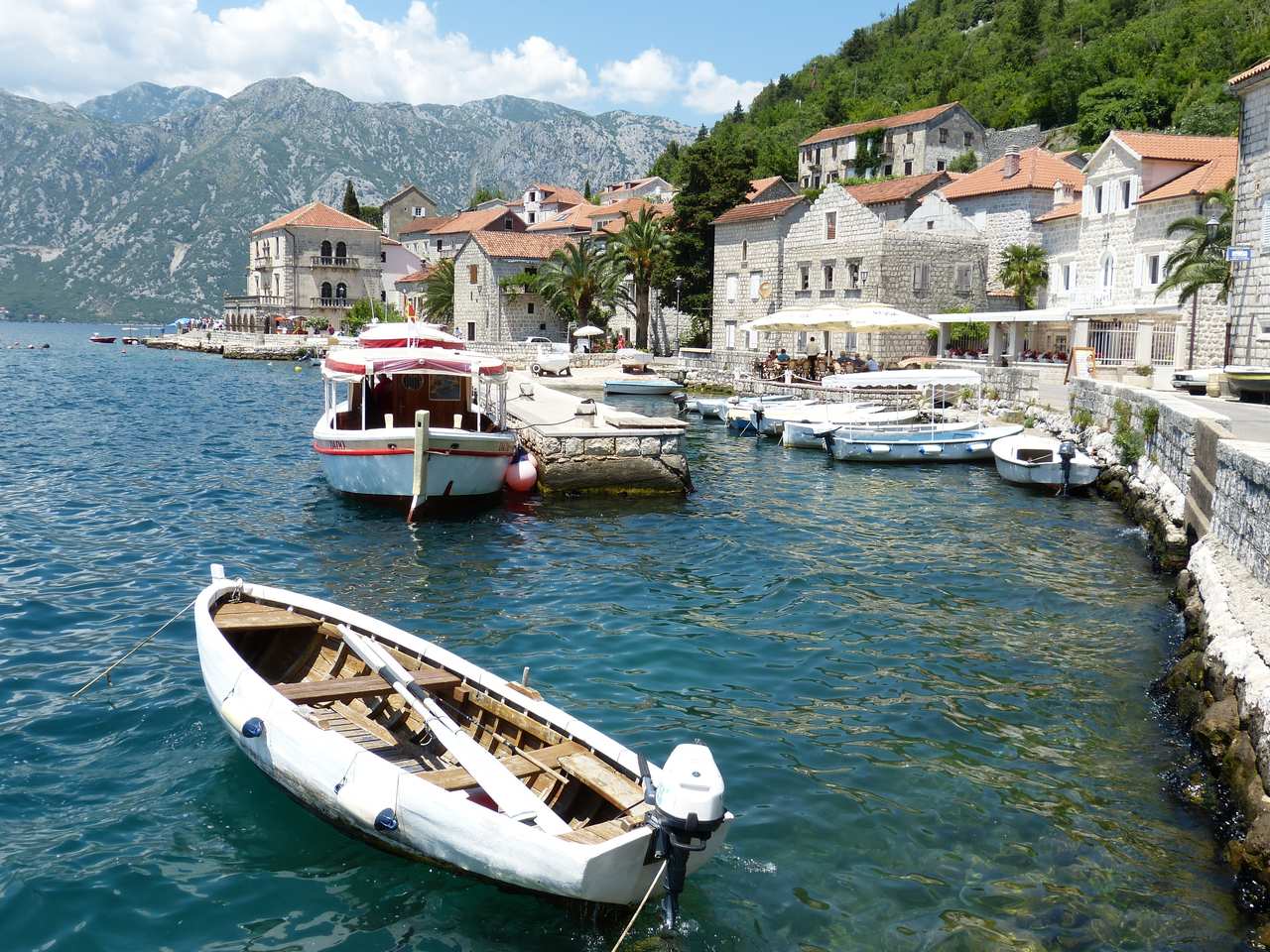 Take a boat ride around the bay stopping at islands en route and some of the pretty towns that dot the Adriatic coast. You can pick up the boat trips from Kotor city park, a short walk from the old town. Also known as Boka Bay, it looks like a fjord and is full of surprises.

Perast, although small, has 16 churches and a distinct Mediterranean atmosphere. The medieval town also has nine defensive towers built by the Venetians in the 15h and 16th centuries and and 17 formerly grand palazzi. 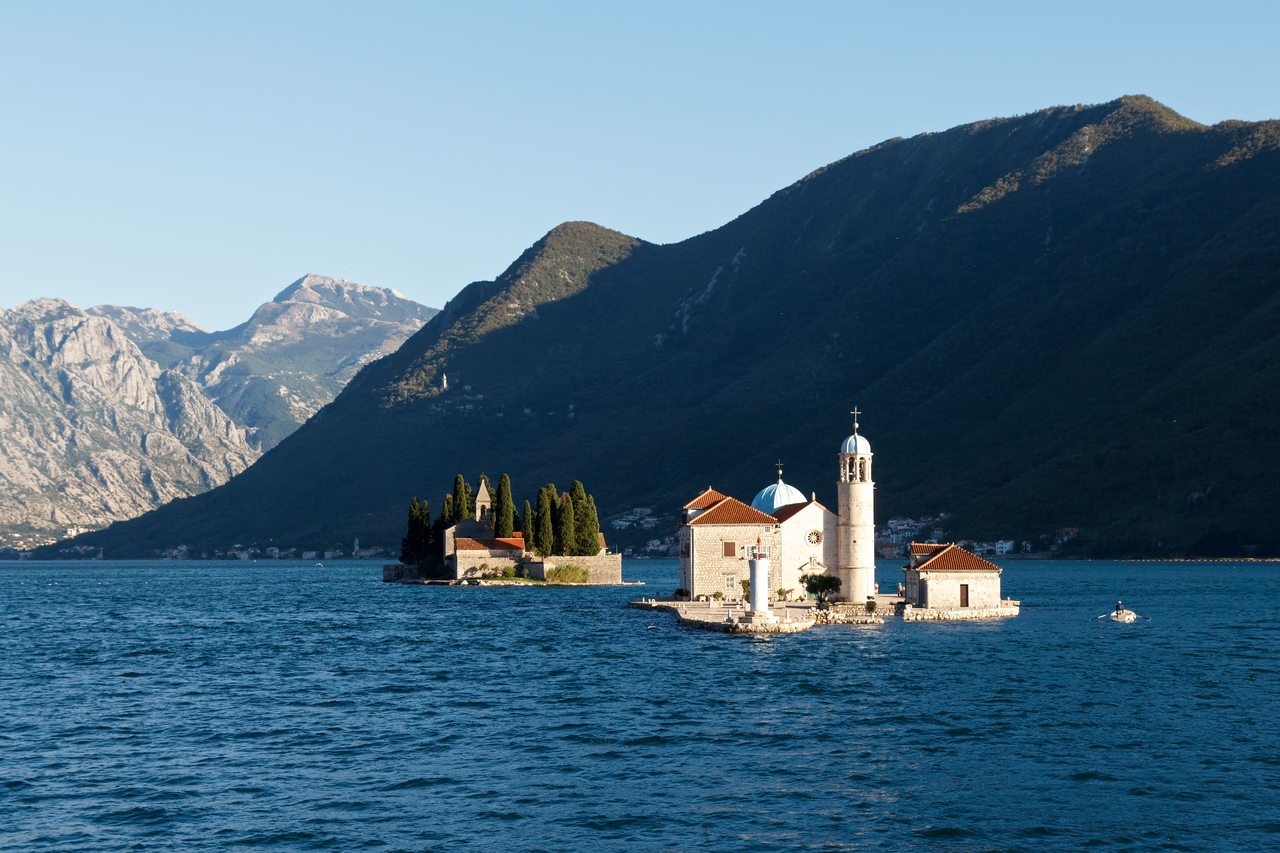 Our Lady of the Rocks (Gospa od Skrpjela)

A few minutes away is the man-made island of Our Lady of The Rocks. Fishermen created the island from rocks to house an icon of The Madonna and Child which was washed up here and which they believed was a good luck charm There is a little blue domed chapel on the island decorated inside with icons and tapestries.

Next door is the island of Saint George. You may also stop at Mamula Island, a former Austro Hungarian prison island, Montenegro’s answer to Alcatraz.

The Blue Grotto is one of many attractive caves in the Bay and most boat tours make a stop here so that travellers can take a dip in the azure waters. There are also a number of submarine pens to be seen here – caves used to hide submarines from the enemy during WWII. The entrances to them are camouflaged with foliage and boats glide through beneath dripping stalagmites. It is a huge relief to see the sunshine at the end of the tunnel.

By contrast to the simple dwellings and small buildings that dot the coast, Porto Montenegro is a leading superyacht marina and comes with all the associated glitz and glamour.

It is worth a visit just to gawp at the mega yachts here, owned by the likes of the late Austrian Formula One driver Niki Lauda and several Russian oligarchs. There are some chic cafes and restaurants here, ideal for people watching.

What else does Montenegro offer?

Although Kotor is a good base for a long weekend or short break, those with more time can head out to explore some of Montenegro’s other attractions. 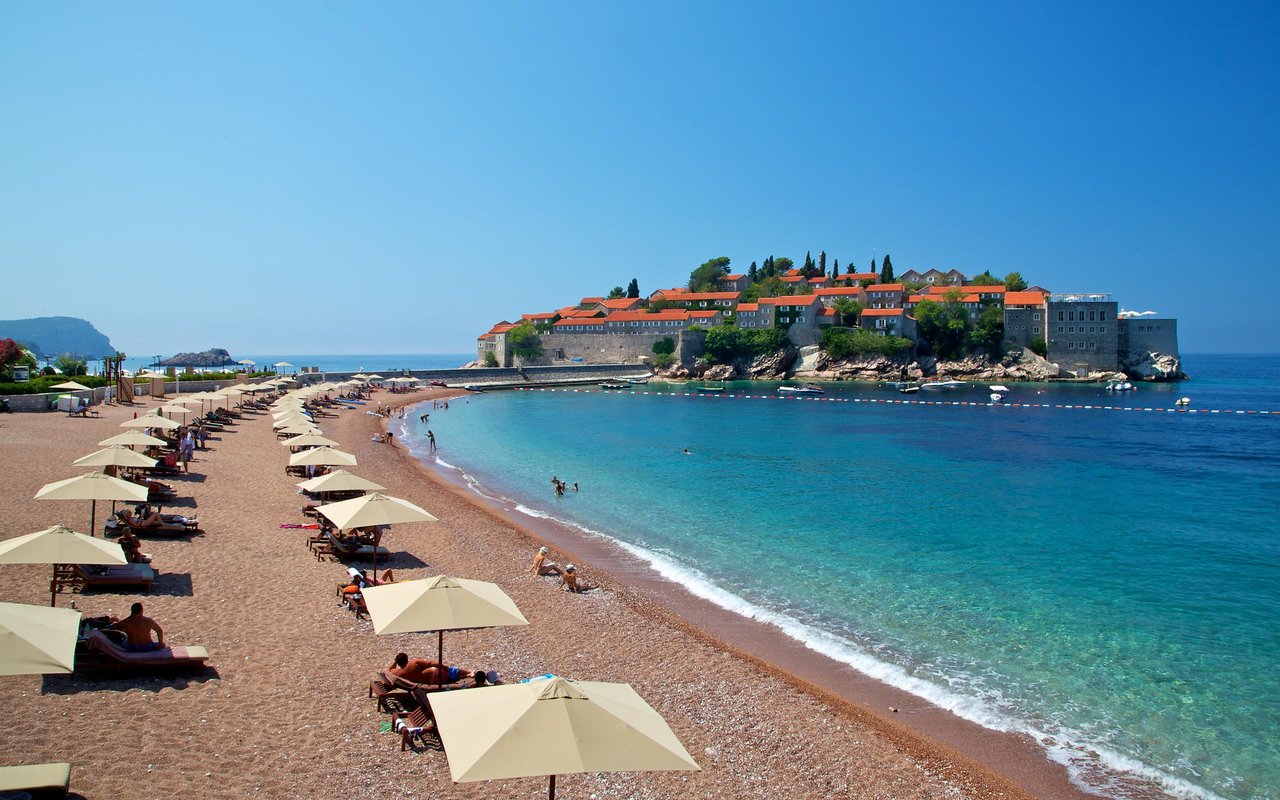 Budva, Once a small and quiet coastal town, today, Budva is a metropolis of Montenegrin tourism and one of the loudest and most packed towns at the Montenegrin coast during the summer.

Durmitor National Park is not only the largest national park in Montenegro, but also one of the most famous around the world. With a large number of natural attractions, Durmitor  attracts many tourists each year.

The peaks of the great mountains (Durmitor massif), unique canyons, clear rivers, glacial lakes, beautiful dense forest… On Durmitor, you can’t help but enjoy your surroundings. There are various species of flora and fauna and some of them are endemic (1325 species of plants – 122 endemic, over 150 herbs, 40 edible mushrooms, 130 bird species, etc).National Park

PACKAGE: unforgettablecroatia.co.uk offers a four day luxury stay in Kotor Bay with bed and breakfast at the Forza Mare Hotel & Resort from £749 per person departing in September including all flights and transfers.

FLY: EasyJet flies from London Gatwick to Tivat. The capital, Podgorica (formerly known as Titograd, renamed in 1992) has direct flights from Gatwick.

DRIVE: Another way to travel is to fly to Dubrovnik, Croatia and enter Montenegro by car.

STAY: The 10-room Farzo Mare hotel offers luxury and a great base.

CURRENCY: Since 2006, Montenegro is an independent country and although not part of the EU has the Euro as its currency

BEST TIME TO VISIT: Summers are hot and winters can be cold, so autumn is a good time to go.