Home WorldLatin AmericaMexico What does Mexico have to offer the traveler?
MexicoTravel Articles

What does Mexico have to offer the traveler?

In Tulum, in the state of Quintana Roo, there is a UNESCO reserve called Sian Ka’an that in Mayan means “where the sky is born”.

Looking out from the glorious ribbon of palm-fringed white sand beaches of the Yucatán Peninsula towards the horizon, you could fantasize that it all started here.

Mexico is a vast land with a 10,000km stretch of coast, 19 million people at its centre and with millennia old ruins. Those at Chichén Itzá are so well preserved they have been dubbed the New 7 Wonders of the World. Amid all this are dense jungles where howler monkeys roar out their territory while parrots screech out from the tree tops.

In the south is the Mayan city of Yaxchilán – a place so far off-the-beaten-track that the nearest hotel is hours away by car. But it’s here that wildlife flourishes such as pelicans and flamingos.

The Spanish left their legacy and this oozes out of attractive colonial towns such as Cristóbal de las Casas in Chiapas, Guanajuato a UNESCO heritage site located in a pretty valley of the Sierra de Guanajuato mountains and the laid back city of Oaxaca. The latter is so high that it nestles in its own cloud forest.

Dine out alfresco on enchiladas and tequila in courtyards in low-rise pastel colored buildings and enjoy the temperate climate.

Some parts of Mexico are literally hot stuff. The city of Xalapa is home to the jalapeño to try if you dare. This is the capital of Veracruz and has a gorgeous setting on the Sierra Madre where tropical flora abounds while two volcanoes dominate the backdrop. 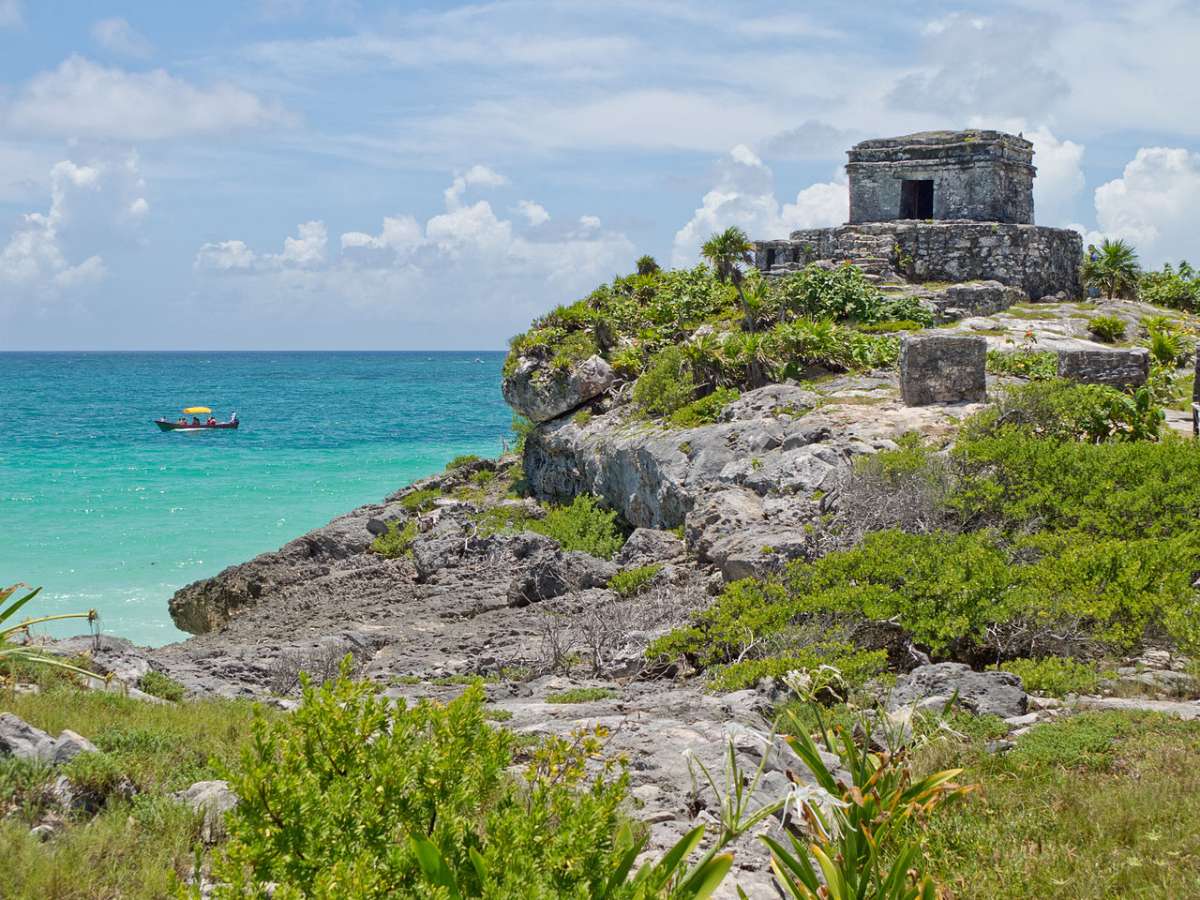 There’s parties to be had at Cancun at the Yucatan tip which nudges itself into the Caribbean Sea. Luxurious resorts offer isolation, but there is no need to stay cocooned. There’s lots to see along the Riviera Maya, idyllic palm-fringed beaches, beautiful nature-drawn landscapes and the jungle buried ruins at Cobá and cliff-perched Tulum.

Along the Bahía de Bandera coastline there’s cove after isolated cove backed by forested mountains, while to the south along the Costalegre, the beaches offer silky sands, lush lagoons dotted with lazy pop-up bars and sleepy palms that sway in the odd passing breeze.

Catching a ride on a boat on the Pacific Coast of Baja California brings the joyous vision of whale and dolphins frolicking in the longest peninsulas in the world – it stretches 800 miles (1,300km) from the California border.

Have you been to Mexico? What were your highlights? Leave a comment