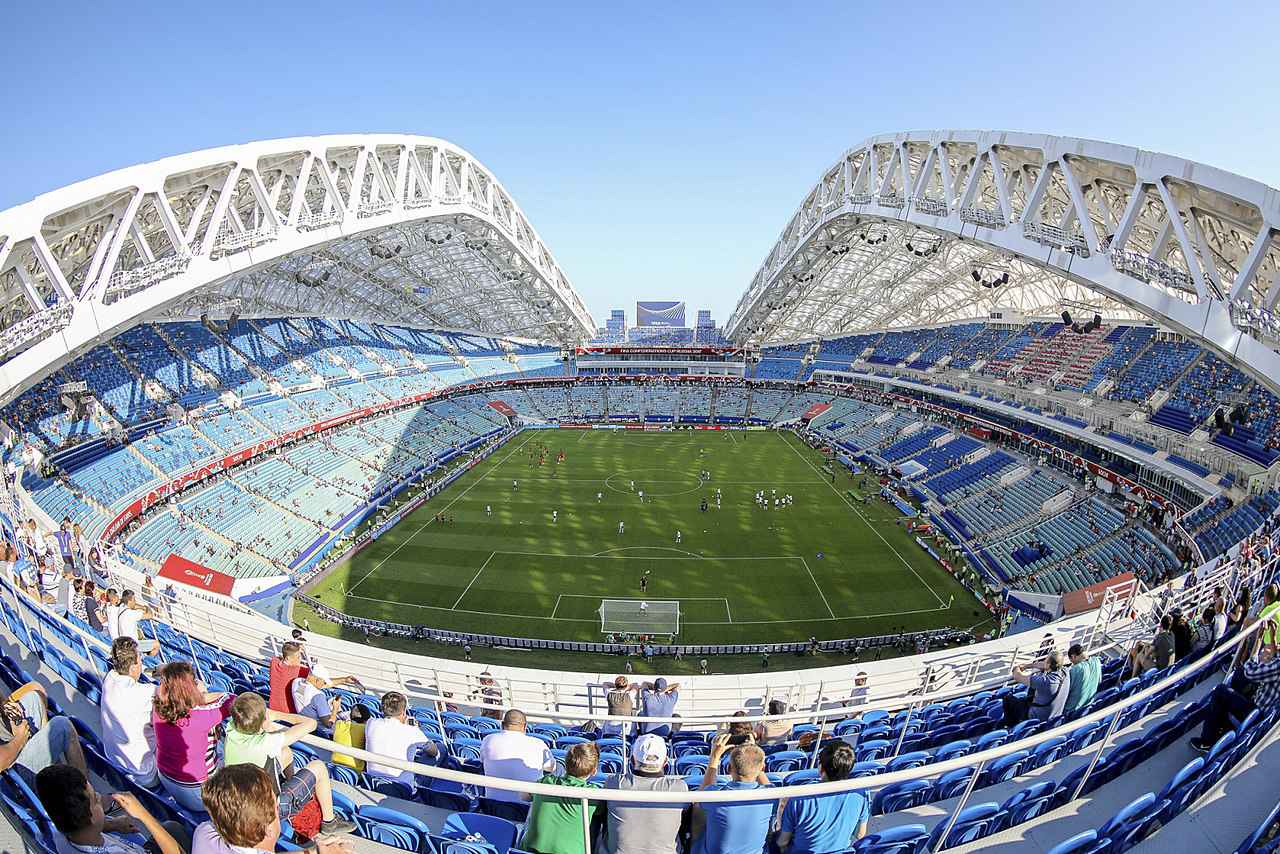 The 21st FIFA World Cup 2018 is the biggest sporting event on earth and is due to take place in Russia this summer. A total of 64 matches will be played in 12 venues located in 11 cities and footy fans can visit visa free. This gives a rare opportunity for fans explore this vast country while following their passion for this beautiful game. And uniquely, without the usual red tape.

The games kick off on 14th June 2018 at Luzhniki Stadium in south-west Moscow. The host team, Russia, will be playing against the team drawn into the “A2” slot in Group A . There will also be a match as Spartak Stadium also in the capital.

All the other matches will be played in western Russian cities and one in Yekaterinburg in the Urals and one in Saint Petersburg.

The Krestovsky Stadium in Saint Petersburg will host the first semi-final on 10 July and the third place match on 14 July.

The final game is scheduled for 15th July in Moscow at the Luzhniki Stadium.

The groups for the World Cup finals will be drawn on December 1, 2017 in Moscow, at the State Kremlin Palace inside the Moscow Kremlin.

How to get match tickets

You will need to get hold of a “ticket-inclusive hospitality package”. There is only one company licensed to sell these: FIFA.

There are several packages from Team Specific which allows you to pick one, two or three of the Group Matches of your chosen team. Or if you are flush there is one that includes all matches.

Phase two begins after the draw for the World Cup and tickets will be allocated randomly for the first period between December 5 to January 31. The second stage of phase two begins on March 13 and ends on April 3, with tickets being allocated on a first-come-first-served basis.

There will also be a last-minute sales phase, which will run from April 18 to July 15 – the day of the World Cup final.

Once you have received an email confirming your tickets, you  must apply for a FAN ID — a personal spectator card. The card enables you to apply for entry into Russia from February 14 onwards and stay until August 15.

This includes free public transit during match days and free special trains circulating between the World Cup host cities. Of course you will need a valid passport and either a match ticket or “a document providing the right to receive such a ticket” — an email confirmation will do.

Where shall I buy Russian roubles?

Get your roubles once in Russia. Exchange rates tend to be good thanks to fiesty competition.

Read also: Q&A: Should I pay in local currency or pound sterling?

Some cities such as Moscow (the capital) and St Petersburg are easy to access via Aeroflot and British Airways. Others may be a little trickier.

Book main-line trains through Russian Railways. Or get a domestic flight with Aeroflot and S7 Airlines who are members of Skyteam and Oneworld alliances respectively.

Hotel rooms are likely to be at a premium at this time with some reports suggesting hikes of 7 times the usual rate. An alternative would be to stay slightly out of town.

World Cruising Destinations: An inspirational guide to every cruising destination in the world

Travellers flying to the US face security crack down and questioning