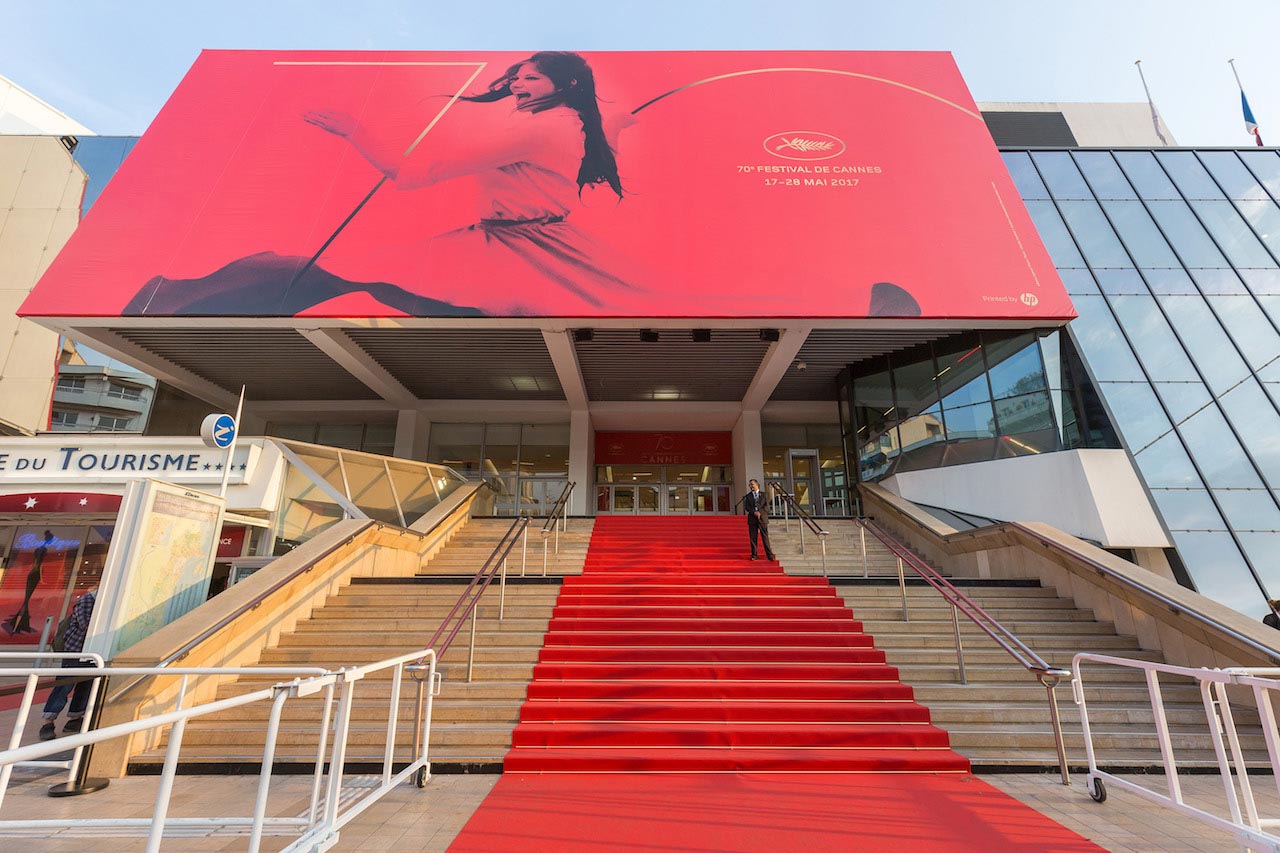 Cannes Film Festival is an invitation-only international film festival showcasing new films of all genres. For almost two weeks in May film makers, producers, celebrities and a whole load of wannabes will descend in droves to be part of this world famous event.

For the history of the Festival, read There is more to Cannes than the Film Festival

Films compete in several sections and the highest prize at the Festival is the Palme d’Or (Golden Palm), one of the most prestigious awards in the film industry. Other categories include: Grand Prize of the Festival, Jury Prize, Best Short Film, Best Actress, Best Actor, Best Director and Best Screenplay, as well as various categories for independent and innovative films.

In 2018, Cate Blanchett has been awarded the title of the President of the Jury. The Australian actress is no stranger to prestigious awards, having won the 2014 Oscar for best actress for her performance in Blue Jasmine by Woody Allen. 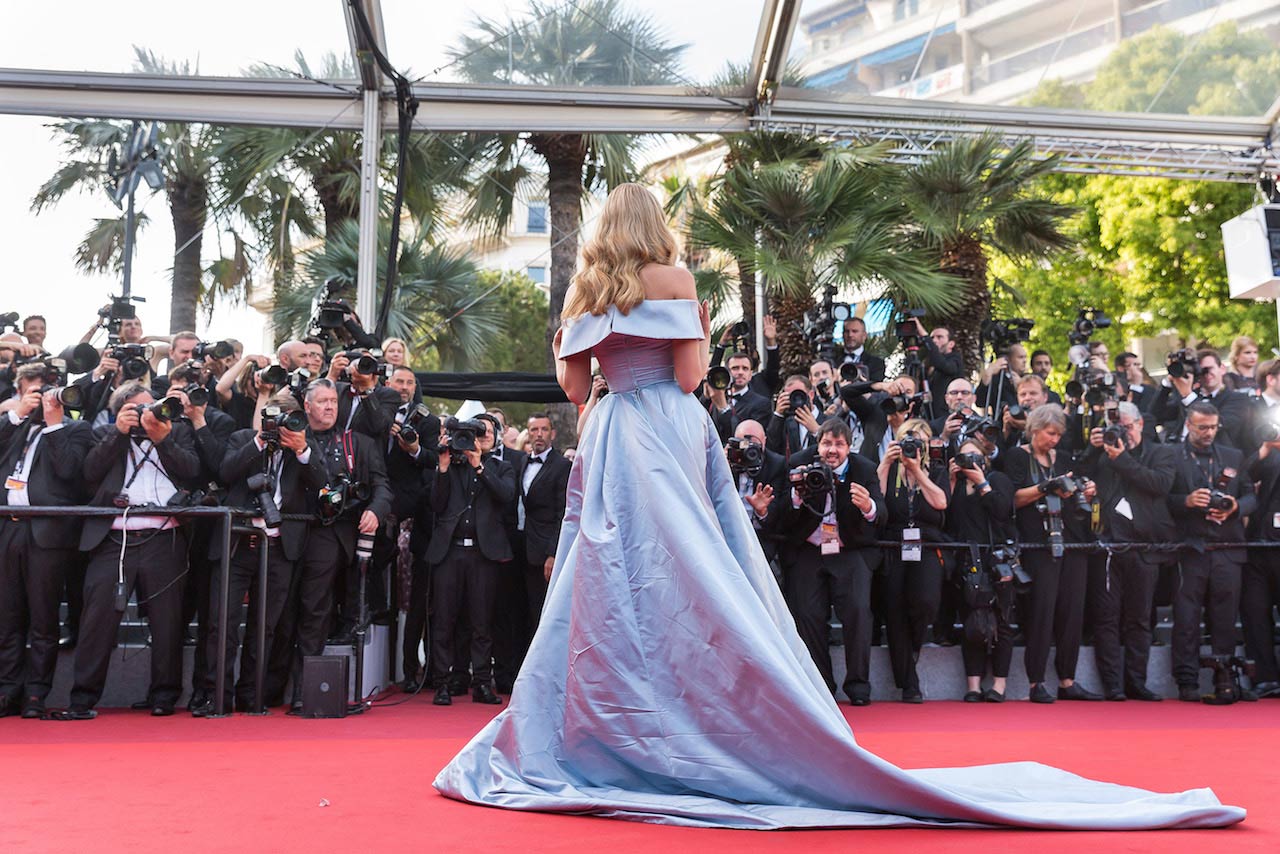 Photo opportunity in front of the Festival Palace (c) FABRE

The Gala screenings take place at the Grand Théâtre Lumière in the Cannes Festival Palace, often associated with the famous red carpet that stars climb at the beginning of each screening.

However, a number of other events are organised across Cannes, including parties and receptions in one of the luxury hotels along the beachfront, invitation-only screenings in various theatres around Cannes (Debussy, Buñuel, Bazin and Soixantième theatres), as well as the open-air public screenings every evening at the Cinéma de la Plage (Beach Cinema).

The 71st Cannes Film Festival will take place from Tuesday 8th May to Saturday 19th May 2018.

Tickets to the Cannes Film Festival are not sold to the general public. Unless you are part of the glitterati you should know that you are unlikely to have any access to this invite-only event. General public can only assist from the street. 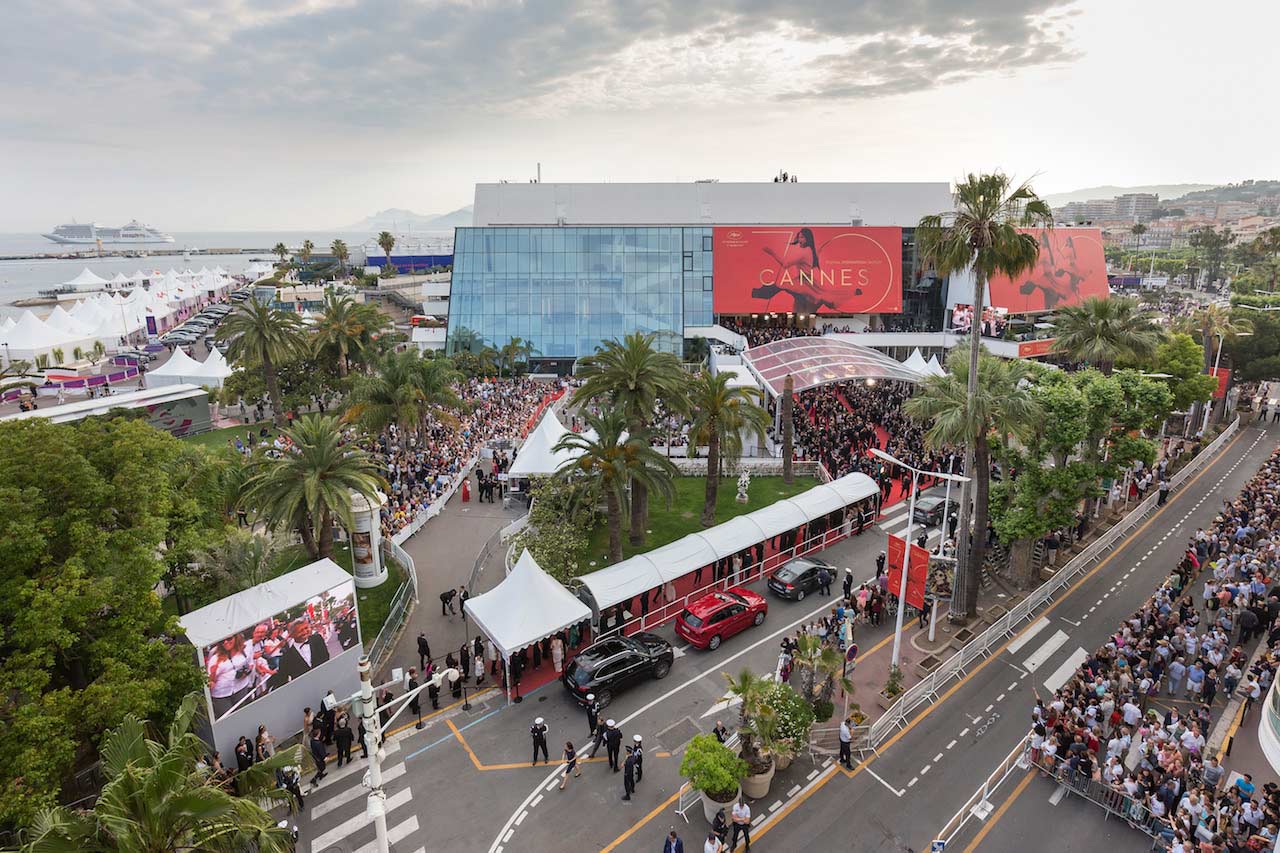 General public can only assist from the street (c) FABRE

The open-air screening at the Beach Cinema is free and open to all, subject to the number of available places.

Two Gala screenings are held every evening in the Grand Théâtre Lumière, presenting the feature films of the Official Selection in Competition, Out of Competition and the Midnight Screenings.

The Buñuel Theatre presents the Cannes Classics programme, the Cinéfondation Selection, the Masterclasses.

The Soixantième Theatre presents feature films Out of Competition, Special Screenings, the Next Day screenings and Tributes.