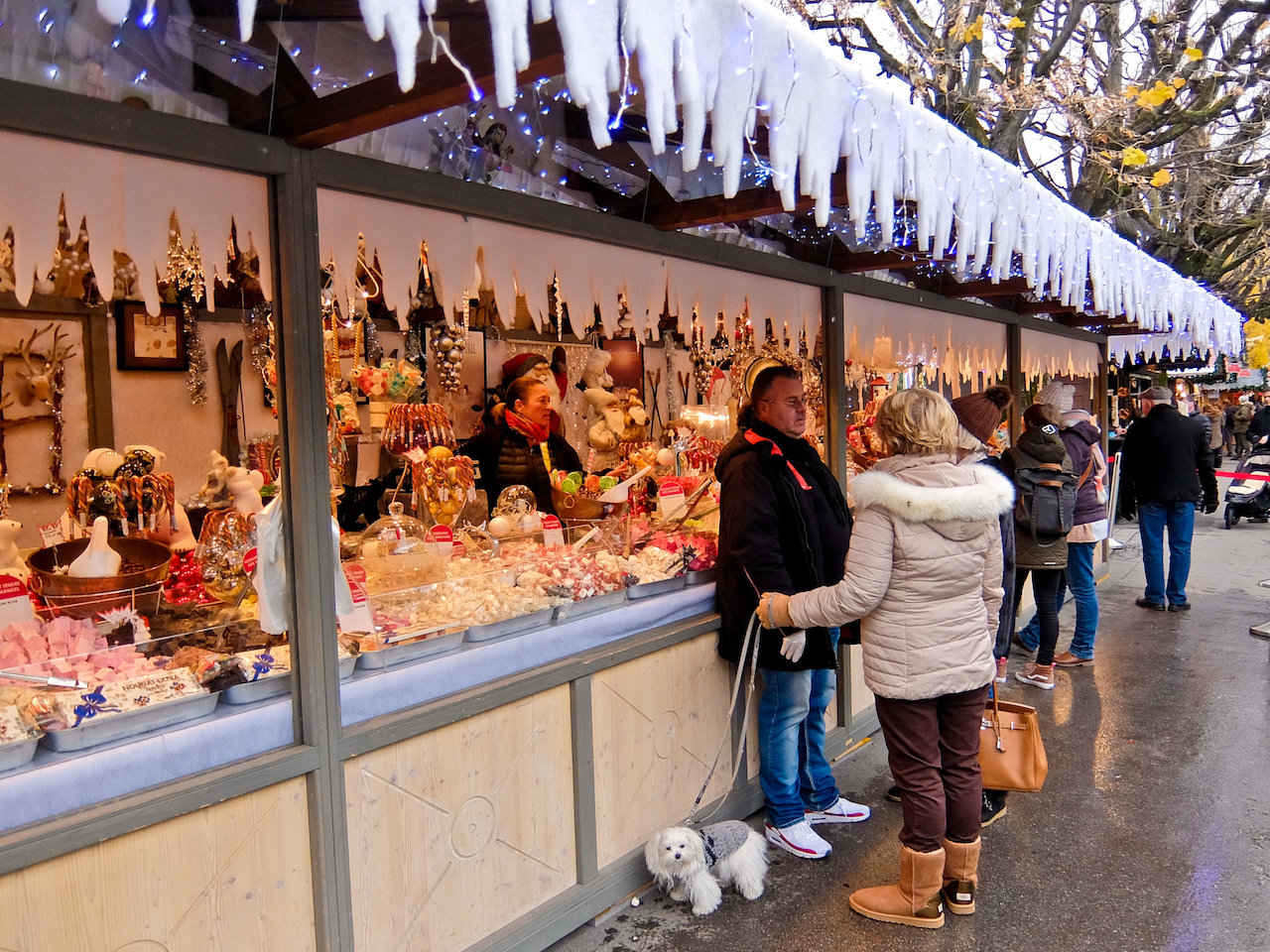 Situated on the shores of Lake Geneva, both Lausanne and Montreux have lavish Christmas markets plus light shows. And if you miss these, there’s the Alimentarium Food Museum in Vevey and Chaplin‘s World, celebrating the life of Charlie. Add wine tastings and chocolate making and you have the perfect recipe for a weekend winter break.

Bô Noël is a unique and original market concept running in Lausanne during the four weeks before Christmas. Activities for children and adults, as well as stalls of designers, winegrowers and food producers are spread around the city.

There are three market venues, all with distinctive styles. On Place St-François, people gather and browse in the large covered market, where evening concerts also take place. To discover and buy products by local designers, Place Pépinet is the place to go. Bô Caveau, under the arcs of Grand-Pont, brings together the winegrowers of the region.

You can even eat in an Igloo, sampling local cheeses and meats and indulge in the fondue ritual. In the streets, Lausanne Lumières runs to the end of year, featuring light sculptures of fifteen artists. They’re scattered throughout the old town and are not the traditional Christmas lights but strikingly up to date artistic creations. 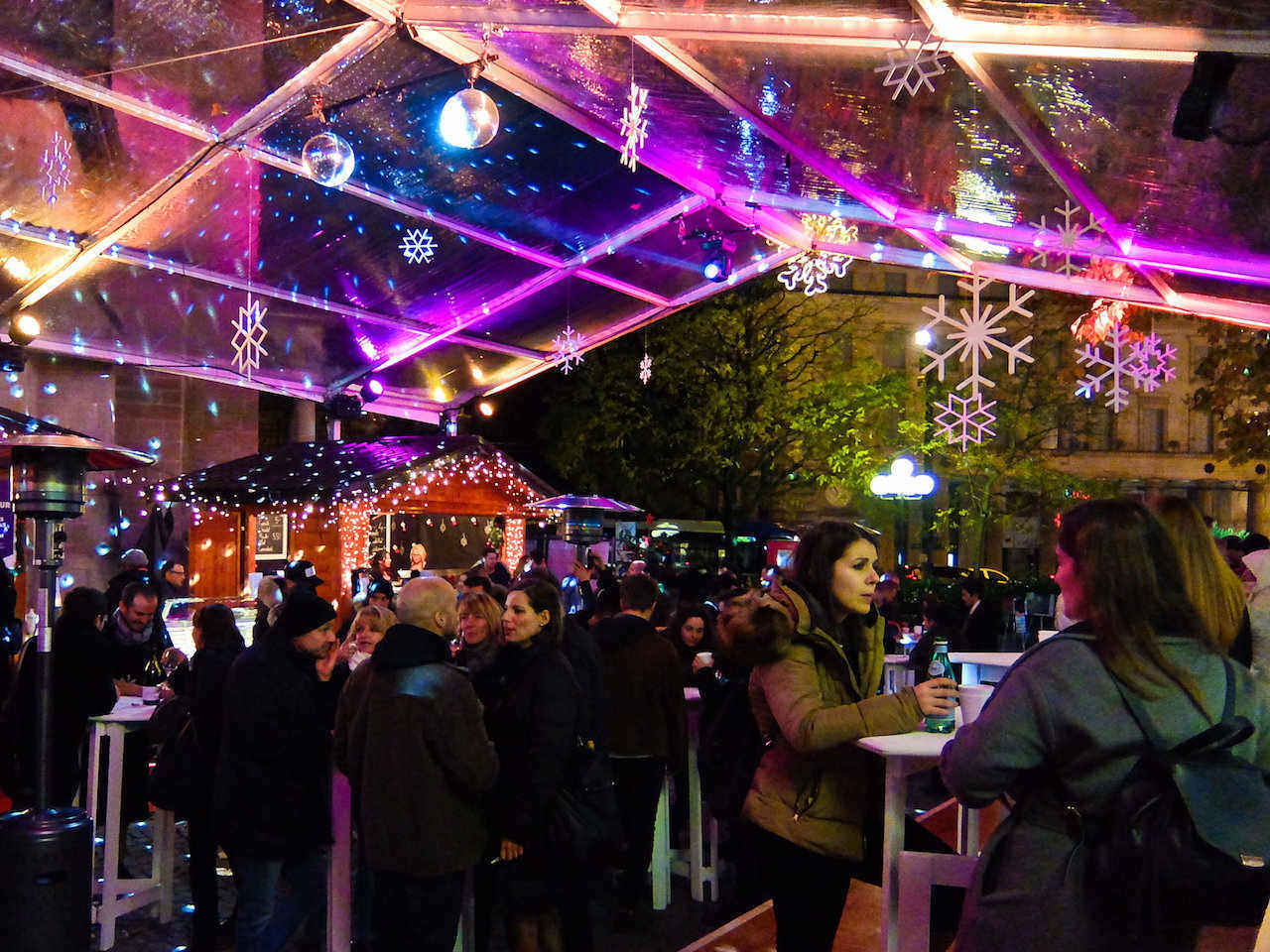 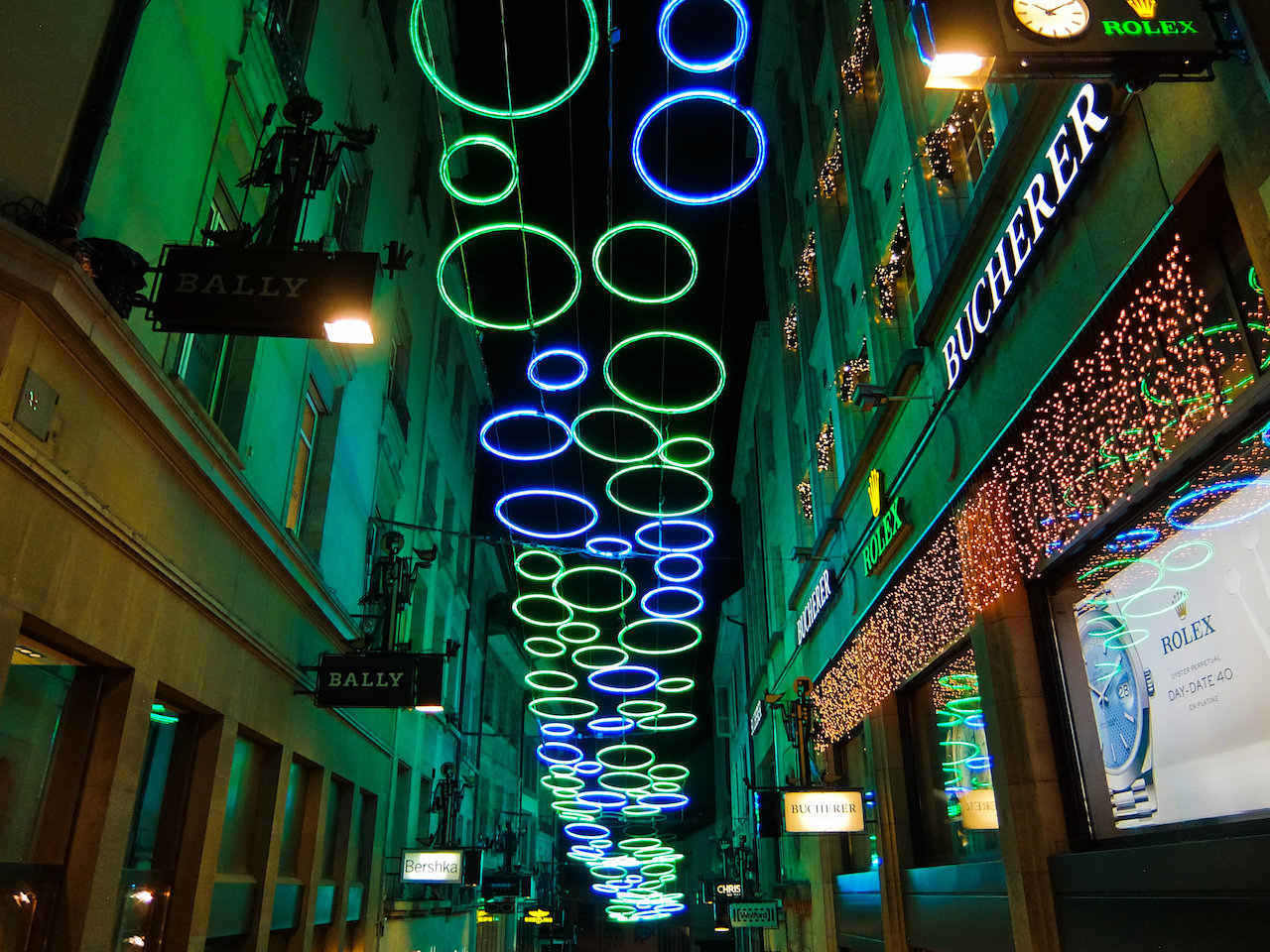 The Christmas market here is long established and is much larger than that in Lausanne. It consists of 160 decorated and illuminated chalets spread out along the shores of Lake Geneva. What’s great is to get a glass of mulled wine, perhaps with a piece of foie gras on toast, and wander through the craft stalls. If you’re stuck for gift ideas, then this is the place to come, but be aware that at weekend it gets very crowded.

Not to be outdone by Lausanne, there’s also a spectacular 3D light show projected onto the front façade of the Fairmont le Montreux Palace hotel. It can be slightly disquieting if your room overlooks the lake, but fortunately it’s finished by bedtime. 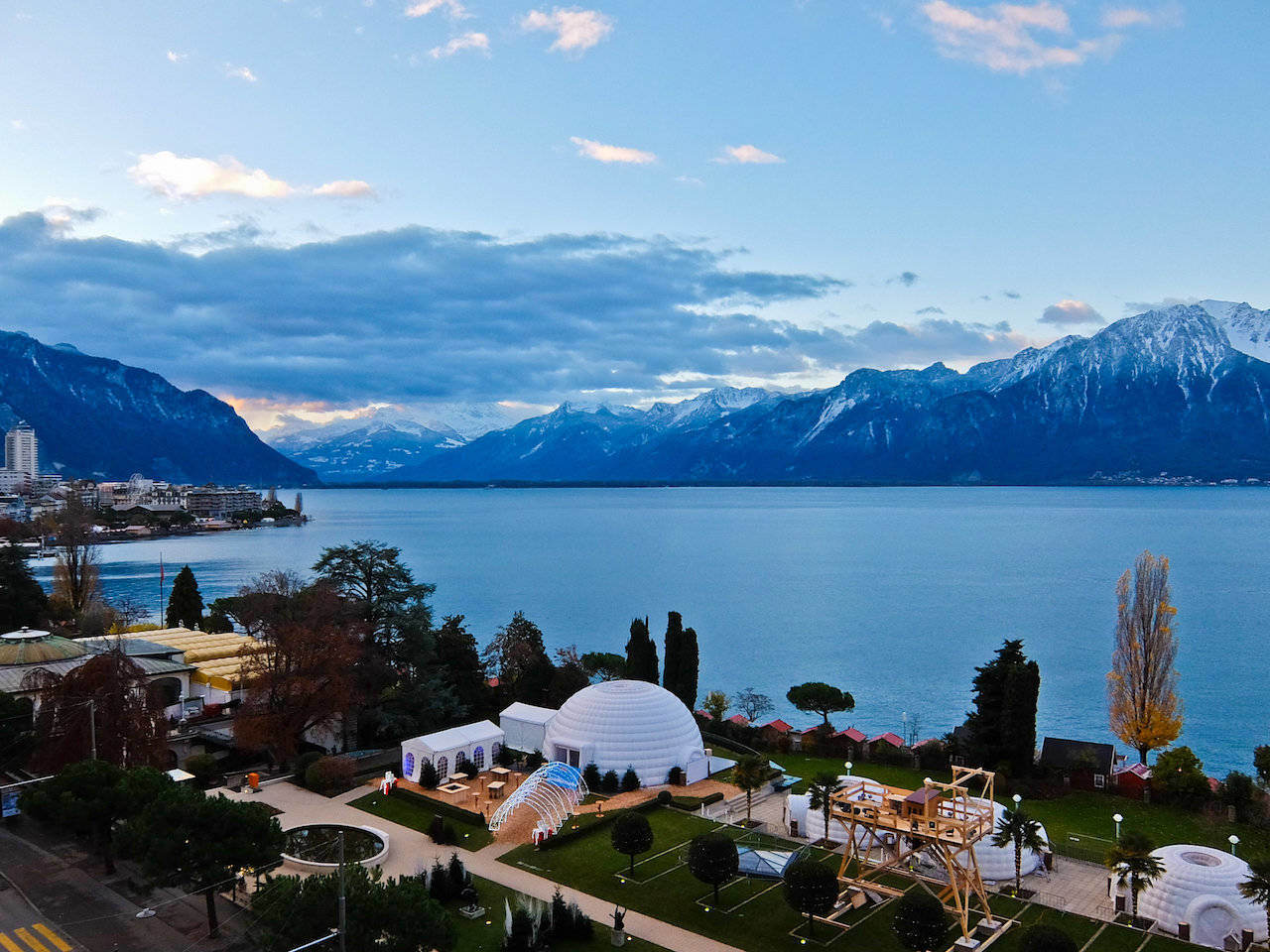 Between Lausanne and Montreux is the town of Vevey which holds a year round market every Tuesday and Saturday in the Grand Place. It’s the best place for local products like cheese and sausage and some stall holders let you try before you buy.

A street away is the Läderach chocolate shop where you can take a guided tasting before making your very own chocolate bar. In the Christmas spirit there’s a tunnel of light by the lake. At 50 metres long this tunnel has the accolade of being the longest light tunnel in Europe. It sparkles with 28,750 star lights attached to hoops and garlands.

Just nearby is the Alimentarium, the world’s first food themed museum and it’s just been revamped. It looks at the cultural, historical, scientific and nutritional aspects of the human diet with state of the art interactive digital displays. It’s particularly good for children and making them aware of healthy eating. The building was once the headquarters of Nestlé, who sponsor the exhibitions, but it still presents a balanced view. 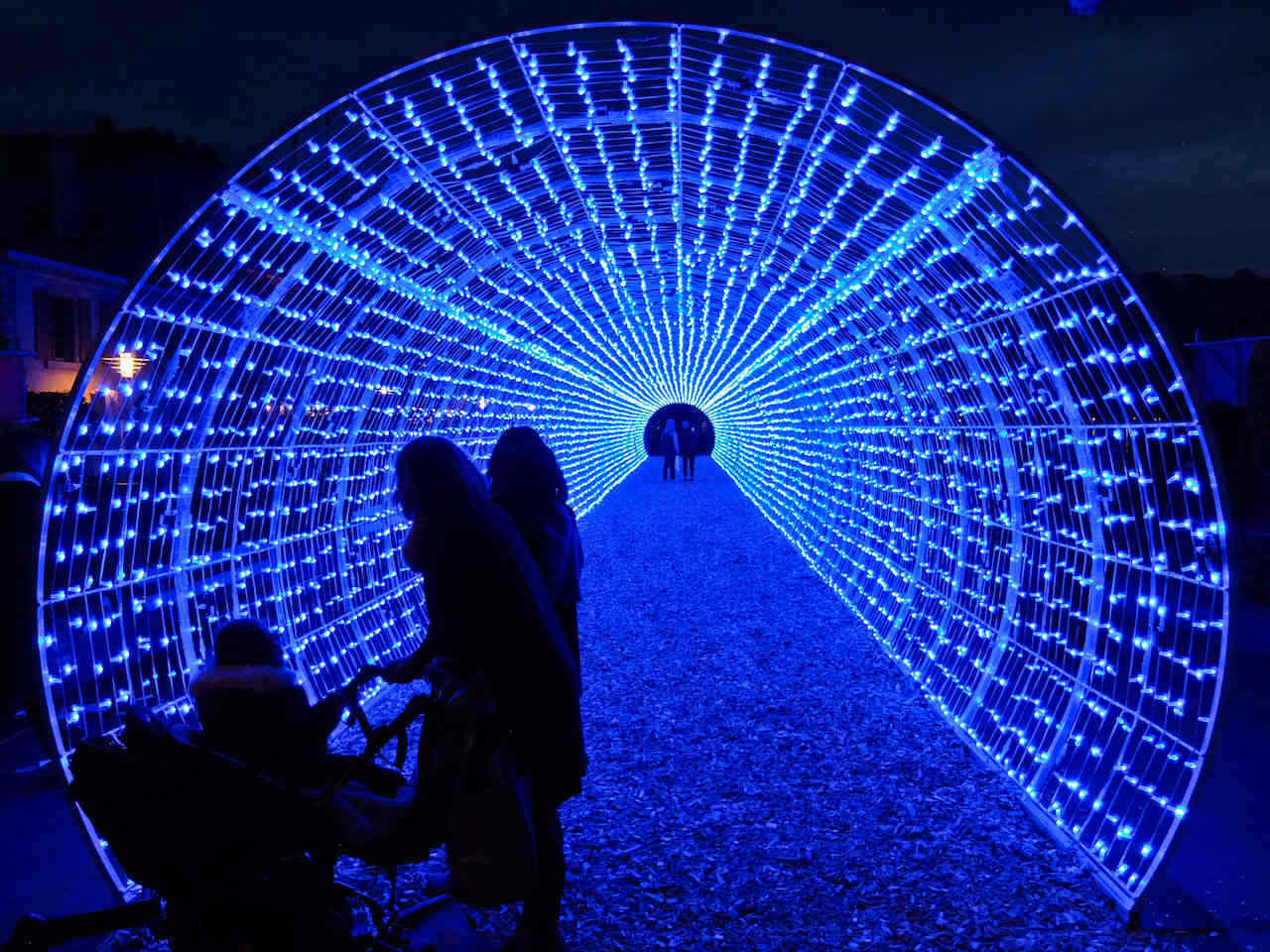 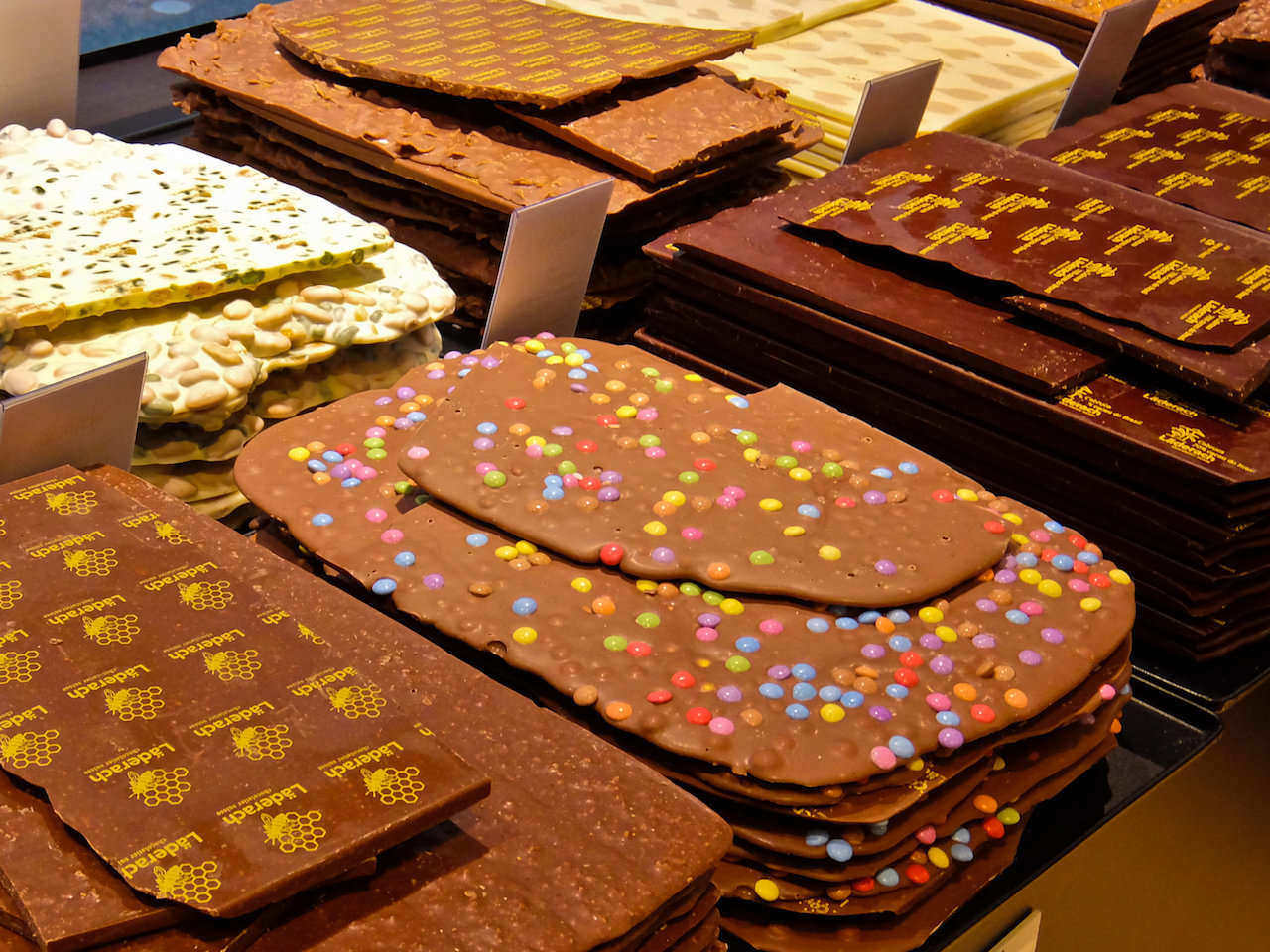 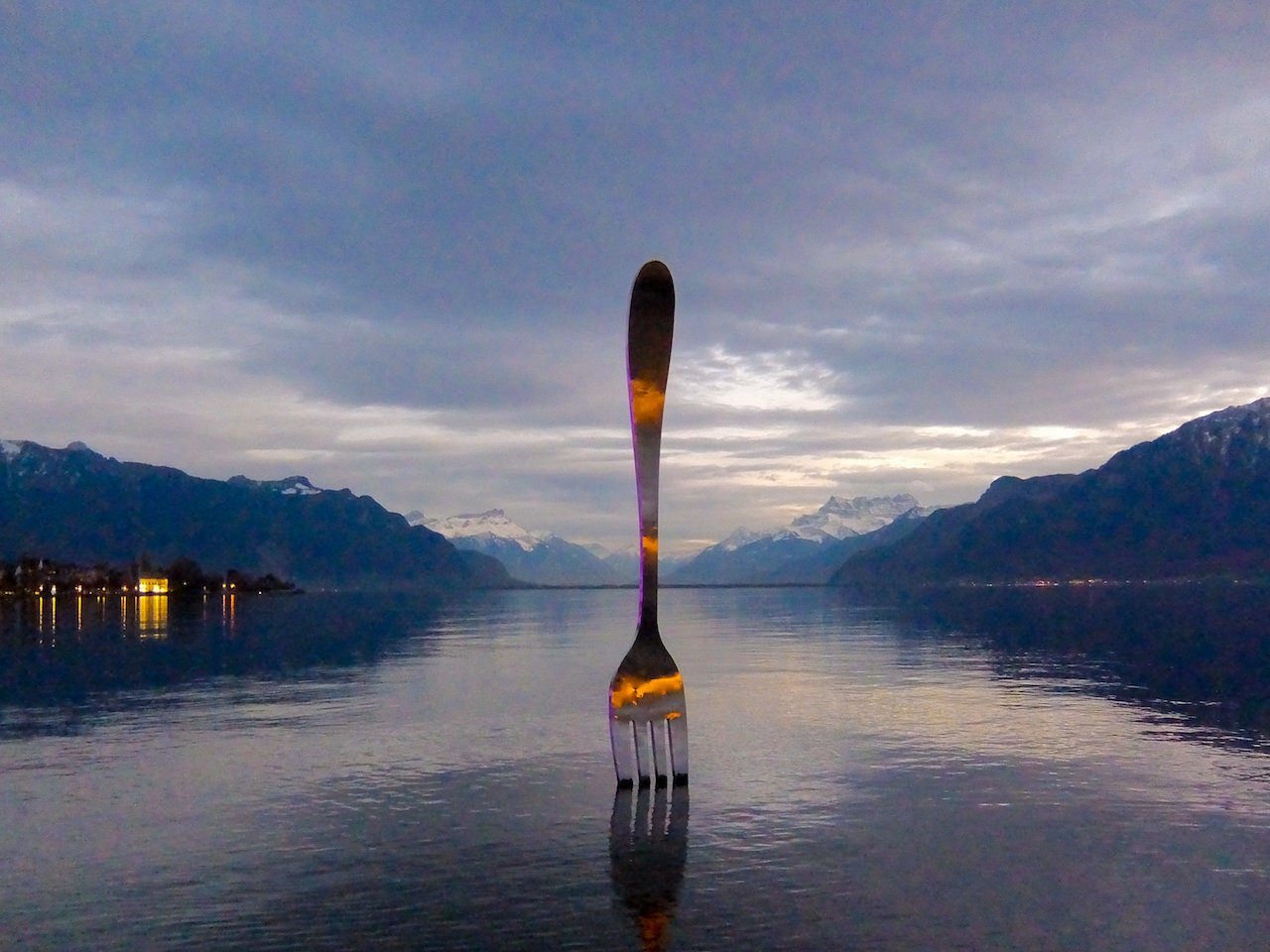 Outside the town, in extensive grounds, is the Manoir de Ban where Charlie Chaplin lived from 1952 until his death in 1977. They’ve preserved the furnishings and many of his artefacts and it’s a pleasure to wander around and be reminded of his extraordinary life. Chaplin’s World only opened in 2016, after they’d added an extra building called “The Studio” where you can see not only many of his legendary films, but also a short biopic.

There are recreations of some of his sets including the fairground atmosphere of “The Circus”, the machinery of “Modern Times” and you can even take a stroll down a recreation of the street in Lambeth where he was born. This year, in the spirit of Christmas, a trail of lights has been installed around the grounds as a special tribute.

Drink: Taste the local wine and visit the cellars of Les Frères Bovy in Chexbres.