Cycling through the Saxon Villages of Transylvania 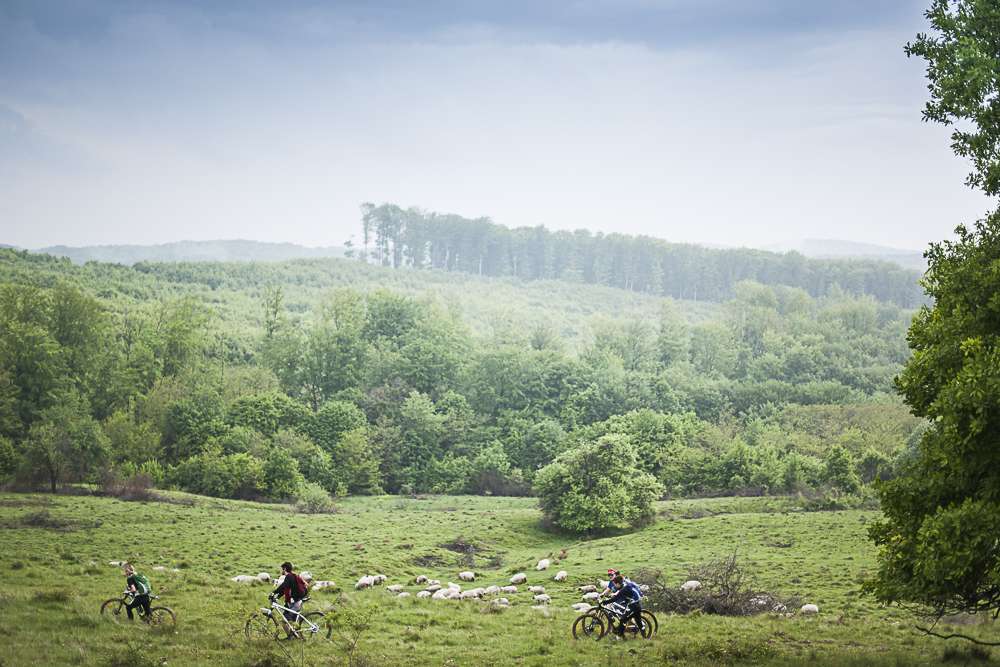 Most know Romania for its most famous resident: the ineffable Dracula. Bram Stoker’s vampiric tale set in the Carpathian Mountains of Transylvania is one of the most beloved horror stories. It’s a compelling tale but we prefer to cycle through an area of mountains and villages that show Romania in a more picturesque light.

A brief history of Transylvania

Transylvania comprises the Carpathian mountain range and the Apuseni Mountains. From the 12th century it was the Transylvanian Saxons, people of German ethnicity who settled in the region. By the time Ceaușescu’s communist regime had fallen in 1989, most of the German-speaking population fled to West Germany. 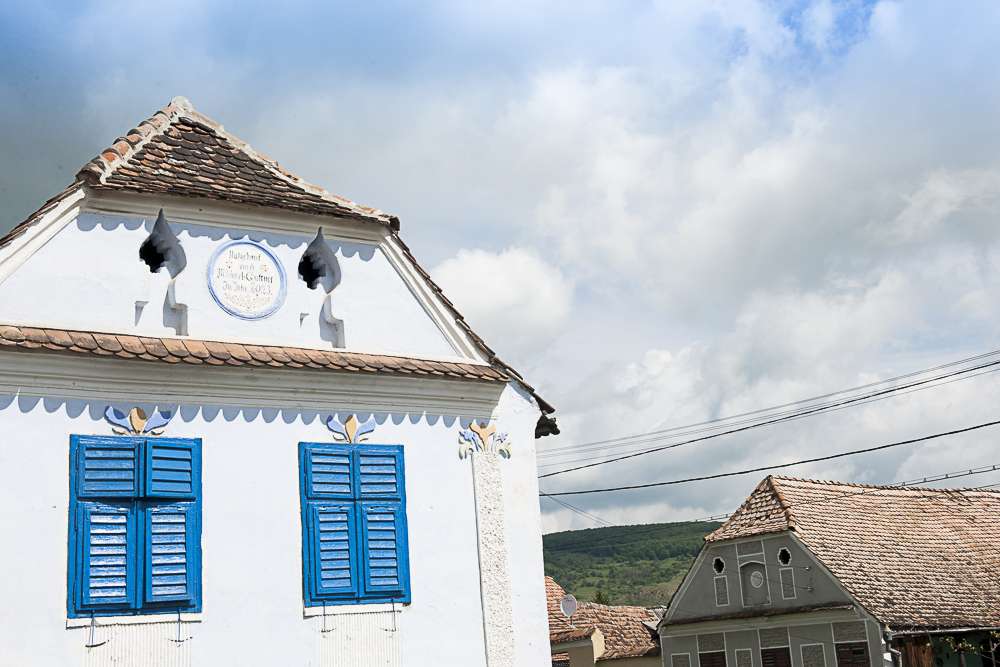 The Saxon villages they left behind are now home to Hungarians, Romanians and a growing Gypsy population. Six of the villages, along with one Székely (Hungarian) village, are listed as UNESCO World Heritage Sites. In fact, the villages are of such historical and cultural importance that they have caught the attention of Global Heritage Fund UK, who have partnered with the Anglo-Romanian Trust for Traditional Architecture (ARTTA) and their in-country charity, Asociatia Monumentum. Together they aim to preserve and record the sites and to revive traditional building crafts to restore the historic homes that pepper the villages.

Cycling in Transylvania: what not to miss

Exploring Transylvania is best done on the trusty seat of a bicycle. The gently undulating landscape would suit even beginners although the hilly countryside may be challenging for some. Here are some routes we recommend.

One of the most picturesque Saxon villages is Viscri, much loved by Prince Charles who owns a small guesthouse there. Must-sees are the fortified church which is particularly beautiful, with its whitewashed walls and grand exterior and the museum which recreates the Saxon way of life. The biking trail meanders through hills and ancient forests and links two other Saxon villages, Crit and Mesendorf, to Viscri. 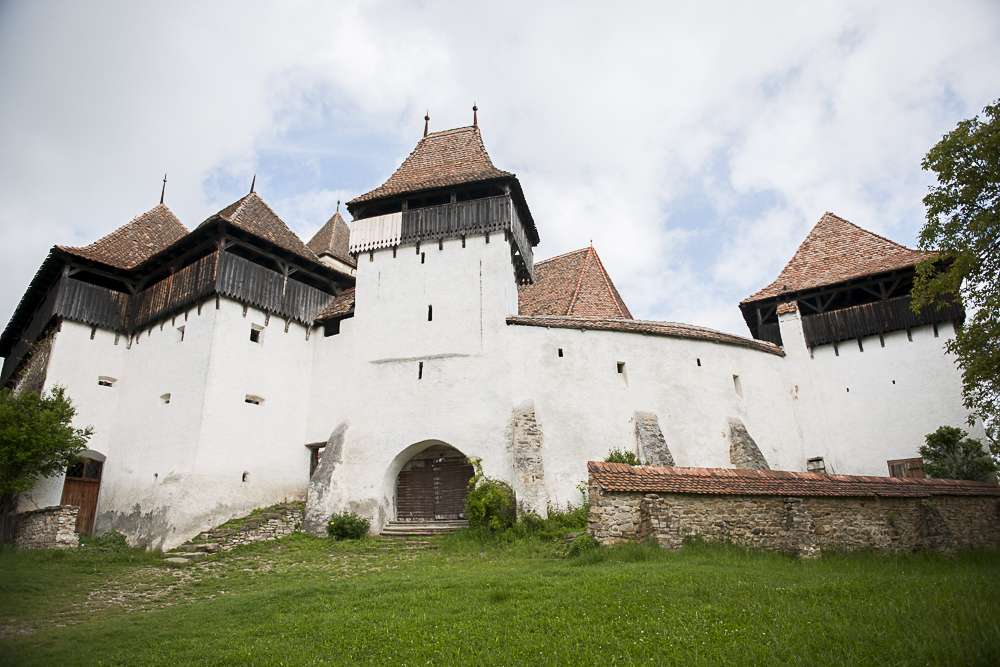 The locals still travel by horse and cart and shepherds tend to their flocks of sheep as they have done for centuries. In the morning, enjoy being woken by the chime of church bells mingled with the chatter of cockerels, cows and sheep. Each evening, the cows are led back to the village from the surrounding fields and the sight of their lazy saunter back to their owner’s courtyard in the dimming daylight is a joy to watch. 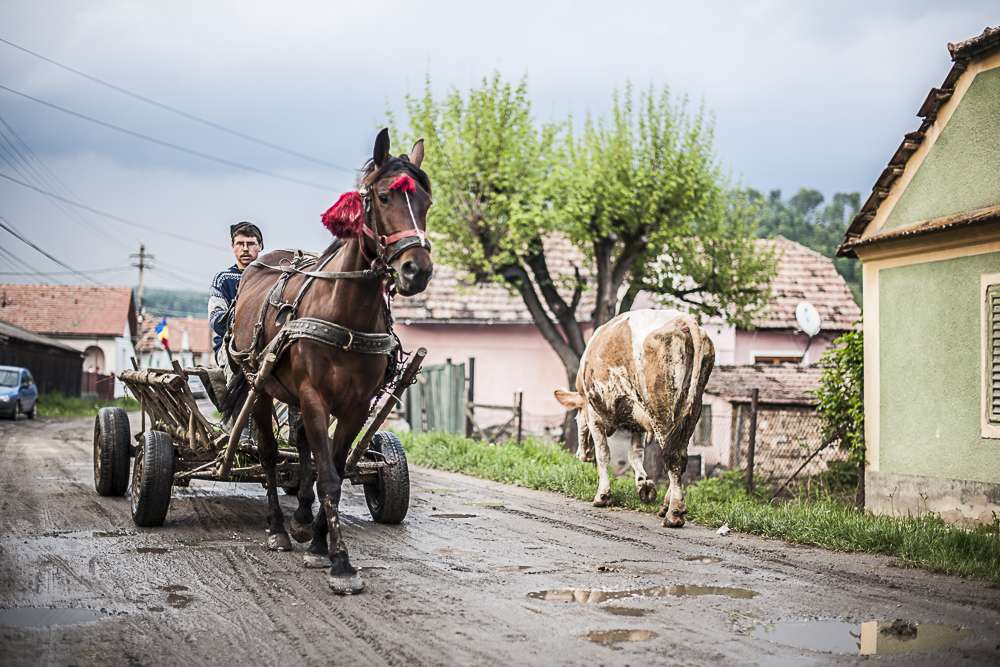 Locals still get around using a traditional horse and cart

The medieval citadel of Sighișoara is located approximately 35km from Viscri and is a lovely spot for cycling. Another UNESCO site, it is a stunning example of a small medieval fortified city and can be easily explored by foot. Perhaps its most famous landmark is a 64m high clock tower. Incidentally, it is also thought to be the birthplace of Vlad the Impaler, widely considered to be Bram Stoker’s inspiration for Dracula. 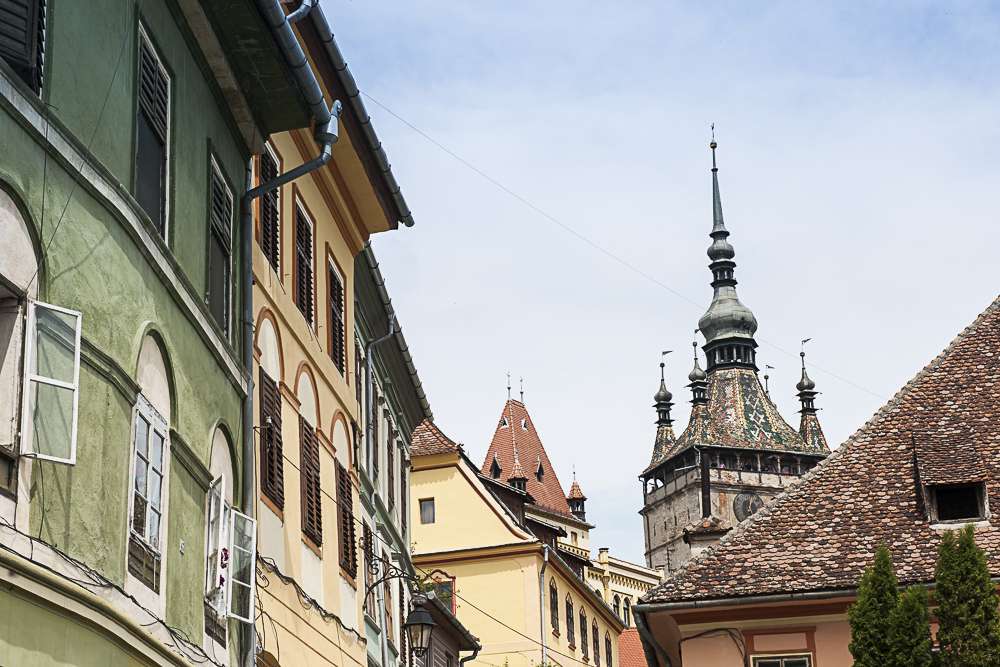 Don’t miss a visit to Breite Oak Tree Reserve located 2km from Sighișoara and explore 133 hectares of woodland including enormous 800 year-old oak trees. You may even spot a cuckoo, a common addition to the Romanian landscape with its distinctive, charming call. Majestic eagles and kestrels also roam the skies. 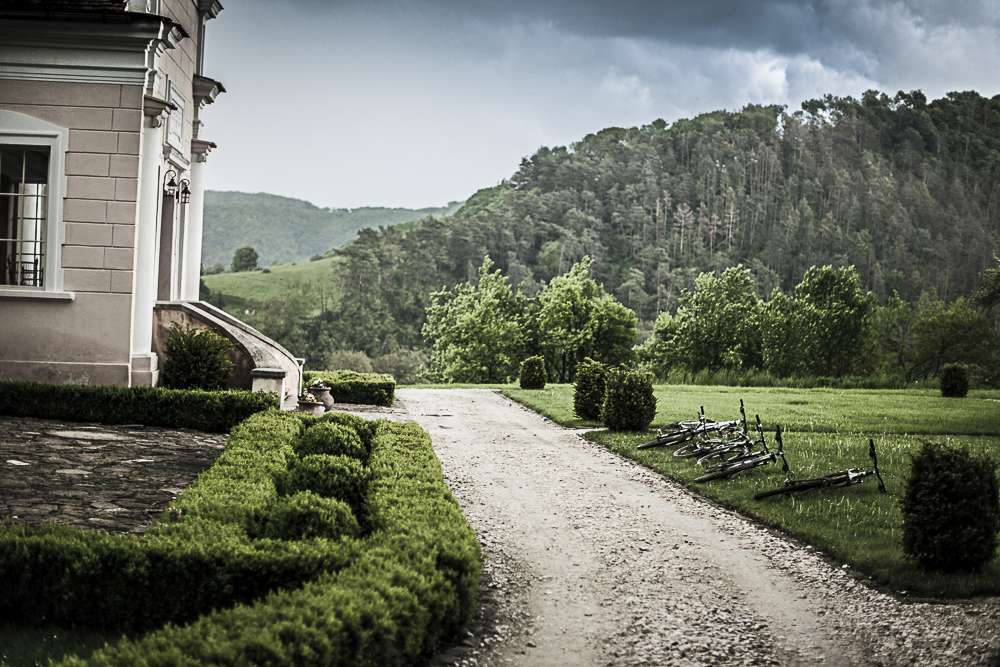 It’s an easy cycle to Malancrav from Sighișoara. The village has its own impressive churches but the highlight is to stay at the Apafi Manor guest house, owned by the Apafi family until the 18th century and later confiscated by the communist regime in 1949. It has taken 5 years of restoration to return to its former glory and is certainly worth a night’s stay.

Other Scenic and Cultural Delights

As well as the sites of human occupation, Transylvania also boasts some fabulous countryside. The wildflower meadows and ancient forests are truly a cyclist’s paradise. As you peddle through the meadows, enjoy the scent of wild garlic and thyme – there are also more than 350 varieties of wild orchids, some of which are extremely rare.

Interested in wildlife? Romania’s oak, beech and hornbeam forests are home to more than half of Europe’s brown bears as well as wolves, lynx and wild boar. Inquisitive wild deer also roam the forests and have been known to approach cyclists before bounding off into the distance. An adventure on two wheels offers the chance to immerse yourself in some of Europe’s most untouched wilderness. 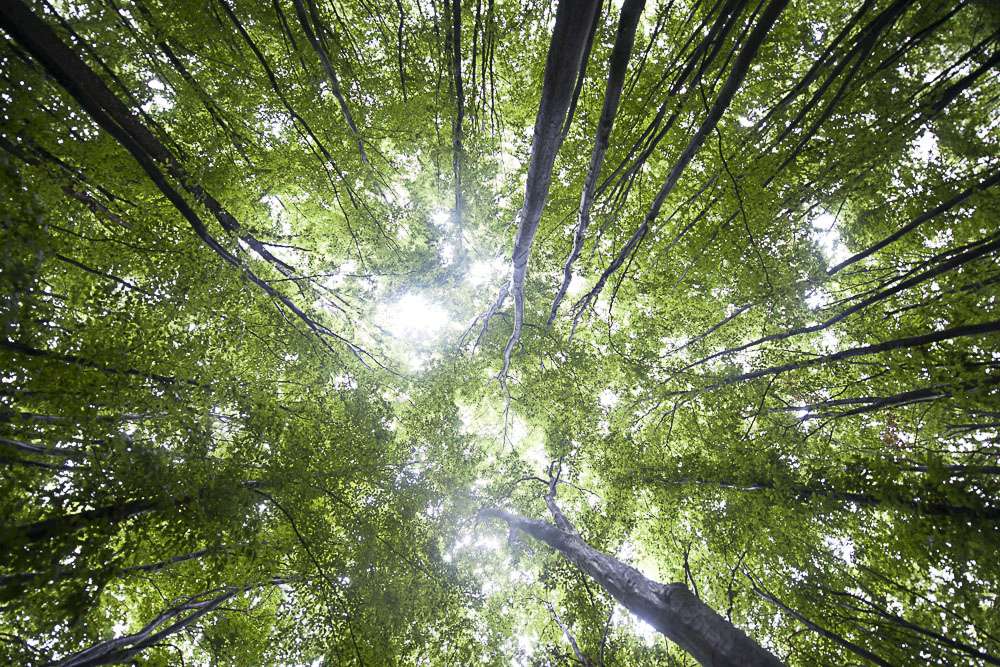 At night the real fun begins in Transylvania – throughout the year residents of the Saxon villages host evenings of Gypsy, Romanian and Hungarian music. Hustle around the campfire and enjoy this wonderful tradition while sipping on horincă, a traditional Romanian spirit made from plums. 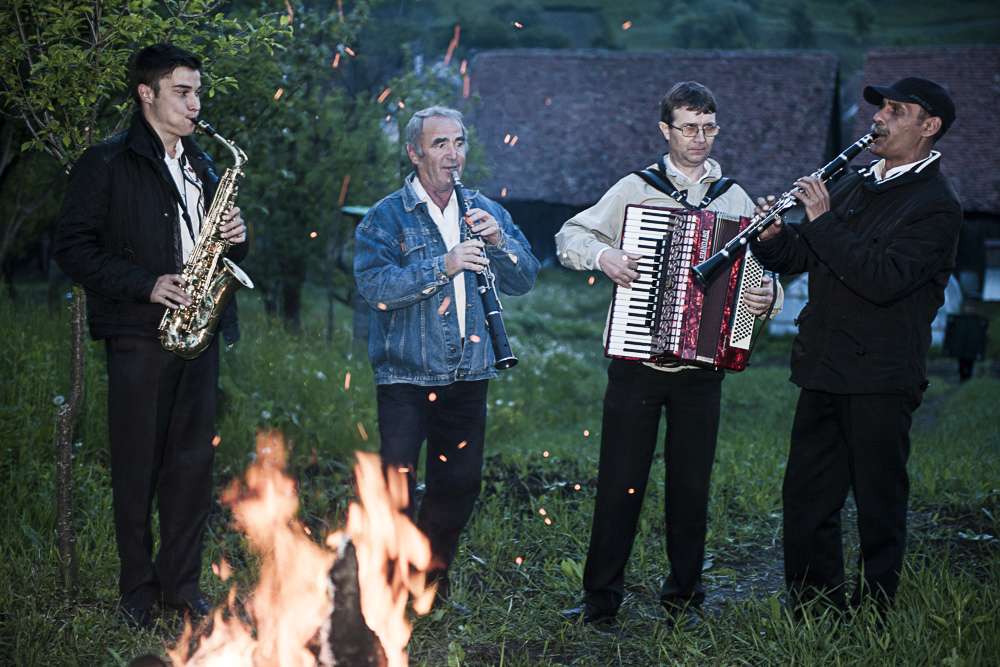 Romanian music troupe around the camp fire in Crit

This year The Slow Cyclist is offering tours through Transylvania that include stop-offs at all the sites mentioned and more. Prices start from £625 for a long weekend (excl. flights) and £695 (excl. flights) for a 6-day roll. This includes top-of-the-range bicycle hire, expert local and UK guides, musical entertainment, hospitality and access to some of the UNESCO churches. The tour is ideal for those who enjoy cycling but are not hard-core cyclists. 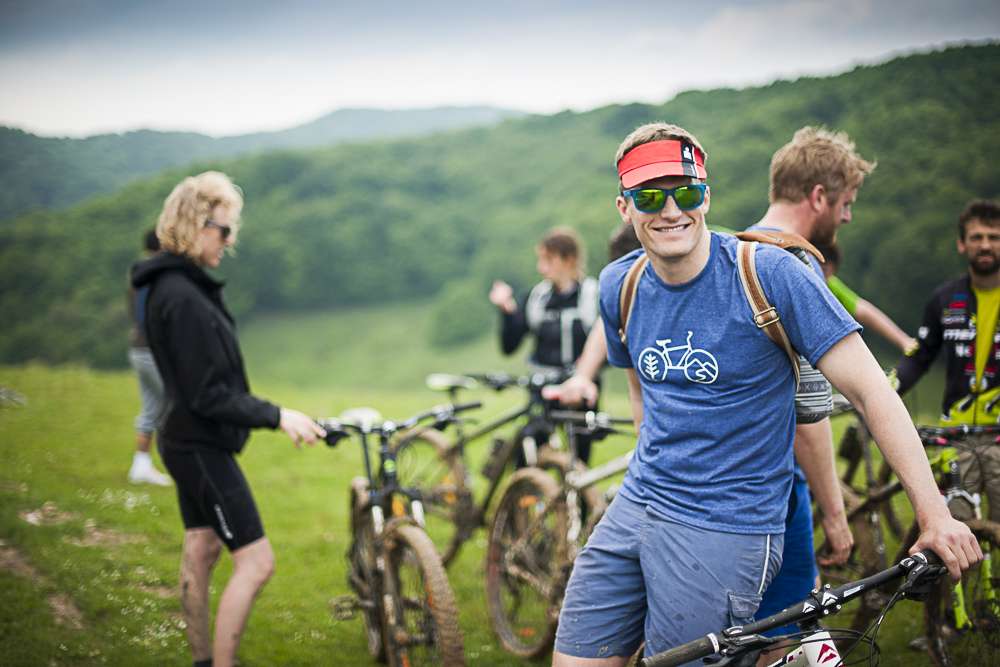 If you want to learn more about history and the cultural heritage of Transylvania, The Slow Cyclist and Global Heritage Fund UK have teamed up to offer a special trip on 2-6 June 2015 – Rolling Through Romania, Pedalling the Saxon Villages of Transylvania. Places are limited so book soon to avoid disappointment (or alternatively get in touch to book the 2016 excursion). This trip will also include an appearance by a very special guest.

Disclaimer: this article was sponsored by The Slow Cyclist

The Slow Cyclist was founded in 2014 by British travel writer Oli Broom. They take small groups of curious travellers on extraordinary bicycle journeys that range in length from a single day to a number of weeks. They were founded on the basic principle that great travel experiences mean taking the time to get to know a place, its cuisine, history, customs and, of course, its people. The saddle of a bicycle is a wonderful place from which to do this and whether you like pottering along dusty back-roads or racing up giant mountains, with them you’ll get the most out of your time on, and off, the bike.

The Slow Cyclist also values responsible tourism which is why they have teamed up with Global Heritage Fund UK. The charity is working with local communities in Romania to help preserve their cultural landscape for years to come.

Why I Travel and Why You Should Too! by Duke Stewart