Eight activities to do in New Zealand (like Prince Harry) 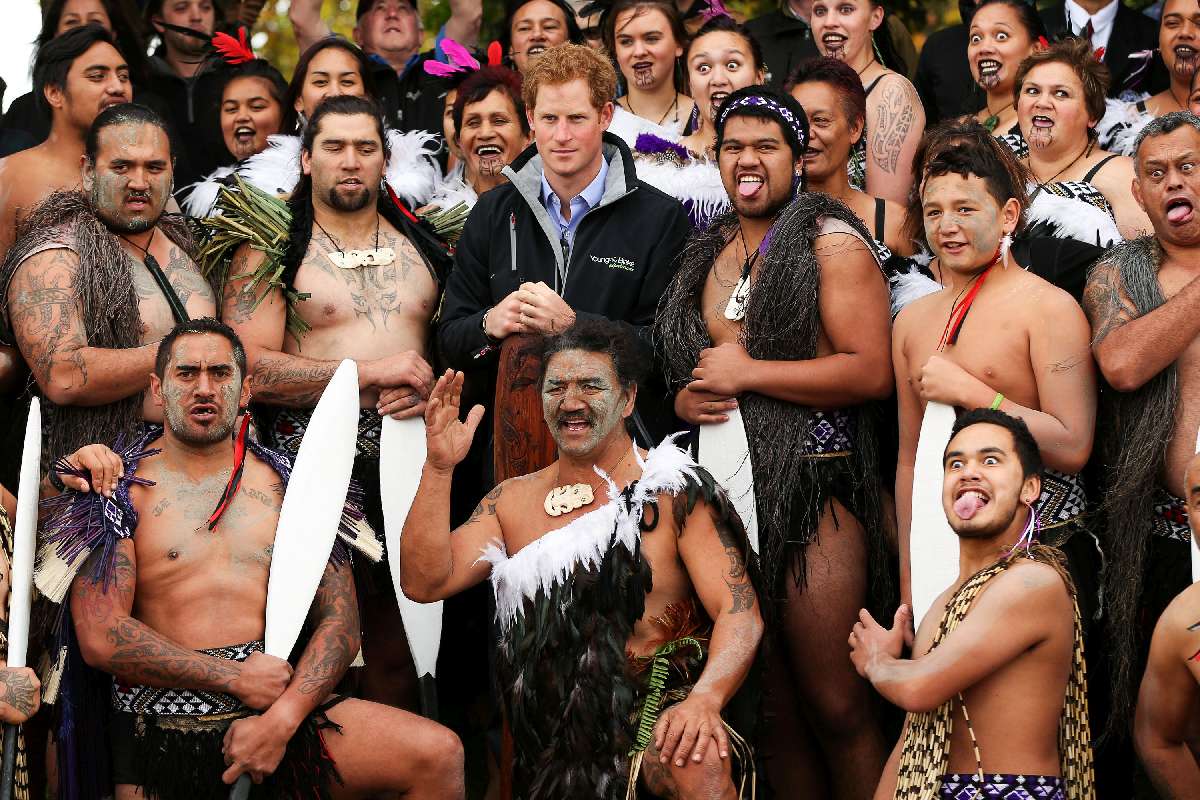 Prince Harry’s week long Royal tour of New Zealand came to an end last week during which time he visited remote islands and paddled with indigenous Maori in a traditional canoe and even greeted them in their native language. He spent his final day in Auckland participating in a friendly five-a-side soccer game and left on a high by scoring the winning goal.

We take a closer look back at his adventures through the land of the long white cloud. 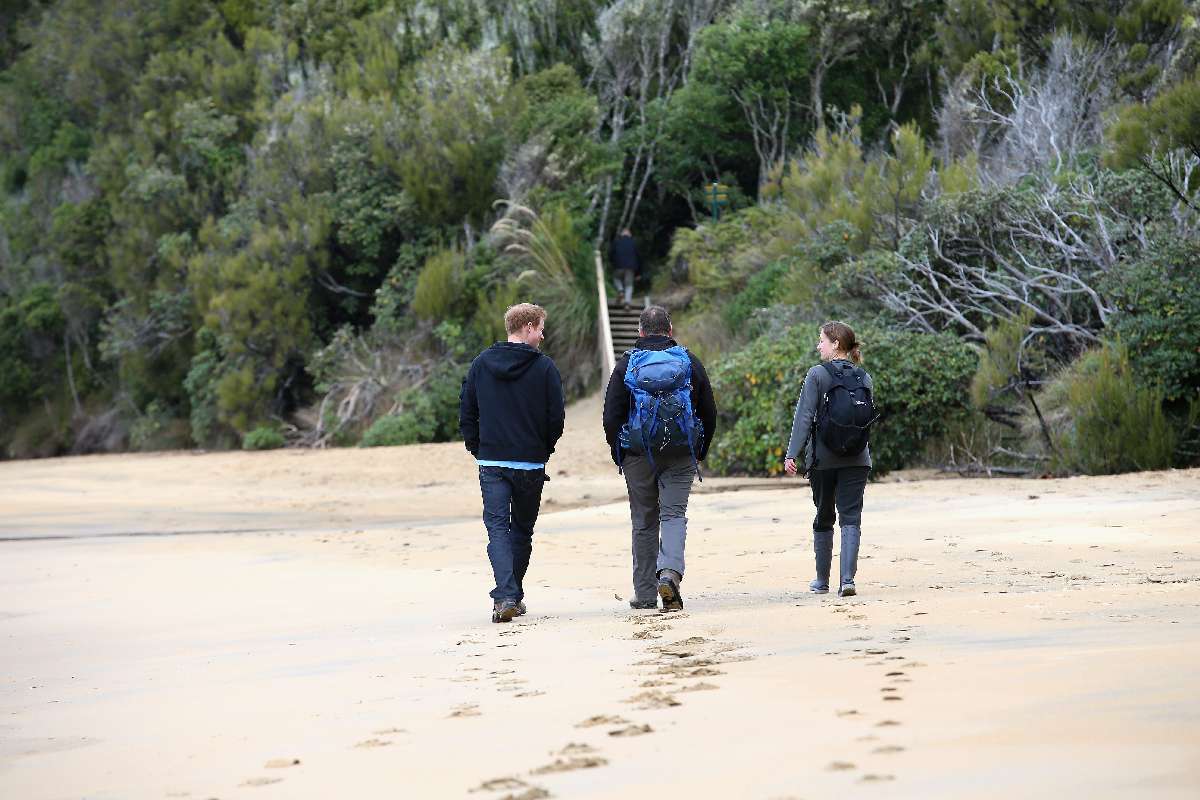 Prince Harry explored rugged coastline and temperate rainforests while trekking across Stewart Island and Ulva Island, which together have over 300km of trails. Just a 20-minute flight or 60-minute ferry voyage from the mainland across the Foveaux Strait, Stewart Island is the country’s third largest island renowned for its untouched natural beauty. The island’s Rakiura National Park is home to an abundance of wildlife with pods of bottlenose dolphins, albatross and kakariki parakeets all spotted off the island’s shores and in its trees. With 270 hectares of protected rainforest on neighbouring Ulva Island, wildlife lovers and adventurers will not want to miss two of New Zealand’s best-protected nature reserves. Don’t miss:

Stewart Island from the air

Stewart Island Flights offers exhilarating flights over Stewart Island for a unique way to see Rakiura National Park. Arrive in style and touch down on the wild Mason Bay Beach to explore the coastline and forests on foot. www.stewartislandflights.com

New Zealand’s rare and iconic Kiwi bird thrives on Stewart Island with over 20,000 inhabiting its forests. Try a guided twilight tour with Bravo Adventures for the best chance to spot a Kiwi. www.kiwispotting.co.nz 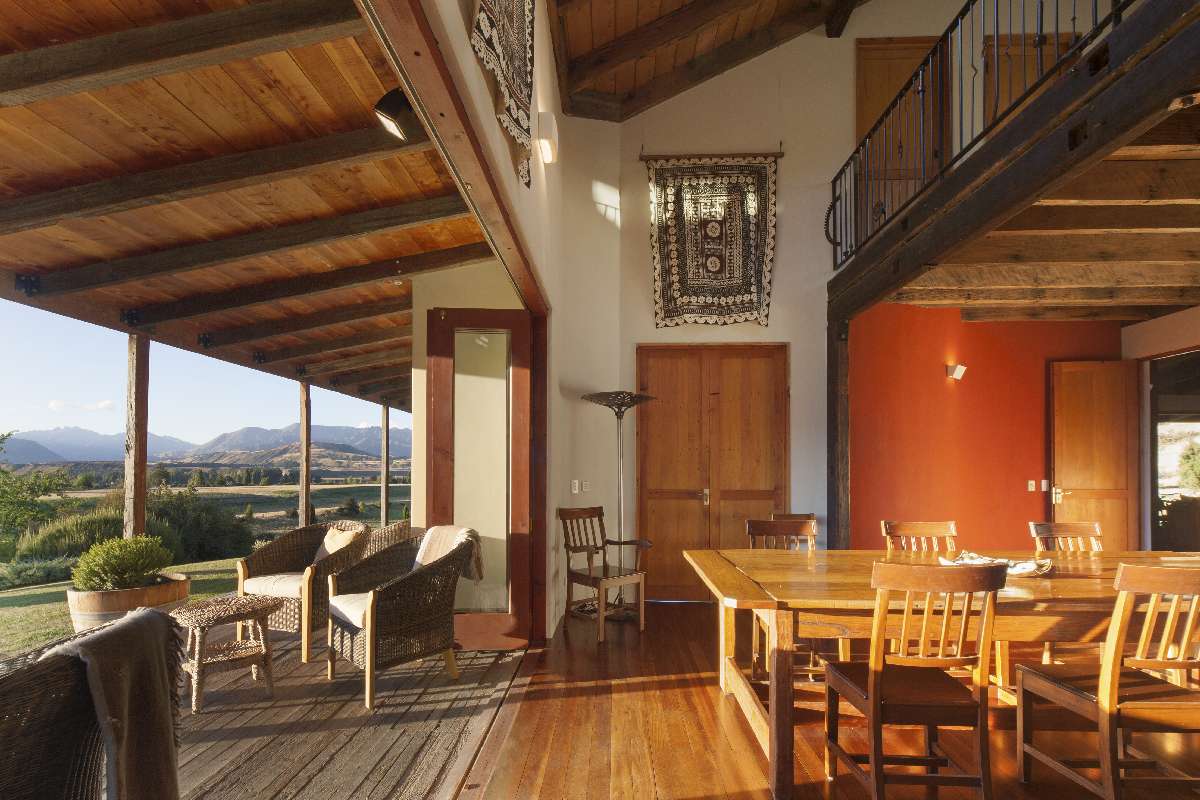 Riverrun Lodge, Lake Wanaka, New Zealand – the main dining room opens into gardens with views of the farm and mountains

Shimmering at the foot of a towering mountain range, Lake Wanaka’s crystal clear waters stretch for 45 kilometres, providing a perfect playground for jetboarders, sailors and kayakers. Prince Harry took a break from his Royal duties to enjoy some downtime with a private overnight visit at the luxury boutique Riverrun Lodge on Lake Wanaka. The Prince enjoyed a personalised lunch prepared by Chef Karen Marinkovic, which included local delicacies such as Aoraki salmon, Blue River sheep’s cheese quiche and Cardrona merino lamb. All washed down with Mt Difficulty Roaring Meg Pinor Noir, a local favourite. Don’t miss:

Lake Wanaka is one of the best places in New Zealand to skydive. Freefall from 15,000 feet with overlooking the stunning lakes and Southern Alps with Skydive Wanaka. www.skydivewanaka.com 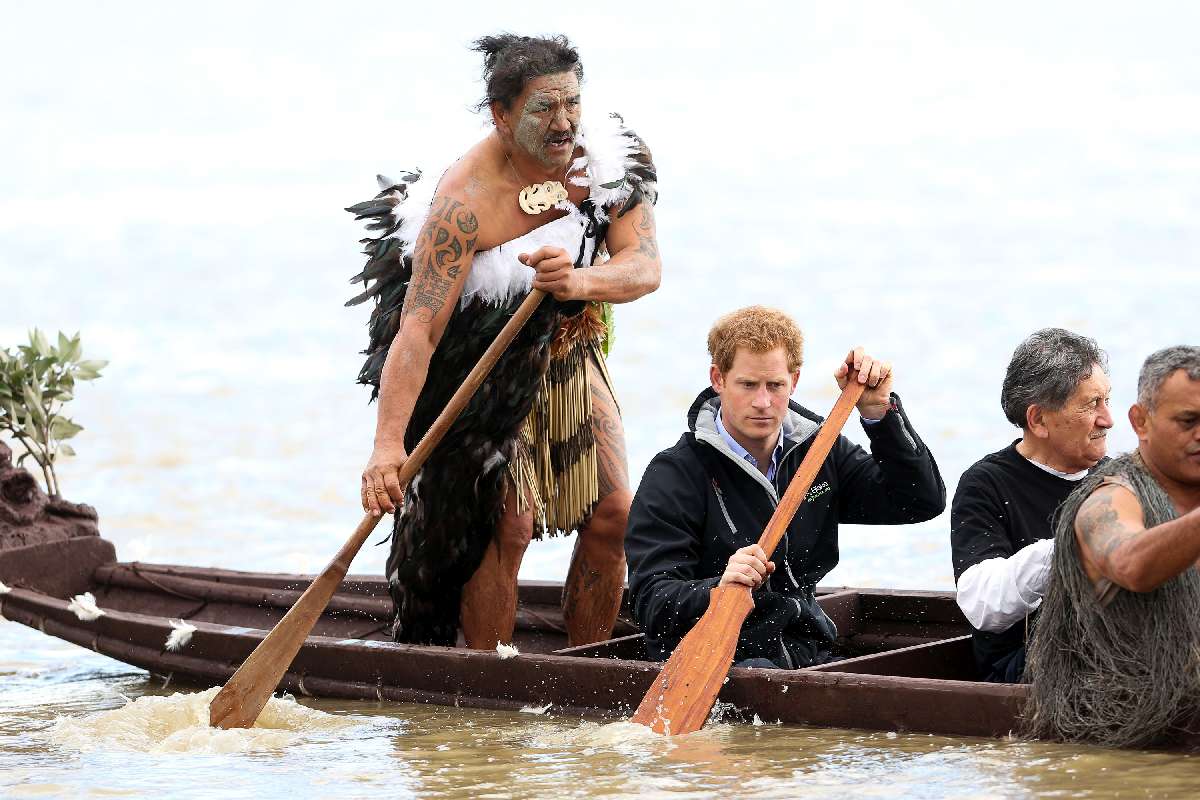 Ned Tapa and Prince Harry paddle a waka down the Whanganui River after a visit to Putiki Marae on May 14, 2015 in Wanganui, New Zealand

Whanganui is one of New Zealand’s oldest cities and the Whanganui River – the longest navigable river in the country – is the lifeblood of the region. The river passes through untouched natural environment; home to rare New Zealand wildlife including whio (blue duck), kereru (native pigeon) and toutouwai (robin).

He then charmed his way up the mighty Whanganui River immersing himself in Māori culture and paddling his heart out with the crew of a traditional waka (canoe) called “The Queen” with 11 other paddlers – a journey that made for a spectacular arrival in the riverside city. Pūtiki – the original Māori settlement on the southern banks of the river is opposite the modern-day city of Whanganui. It is known as a gathering place for all the people of the region. Don’t miss:

One of the most popular walks is the three to four day Matemateaonga Track which follows and old Maori path. The Department of Conservation offers guided walks. www.doc.govt.nz

Whanganui has an interesting history and you can discover this at the Whanganui Regional Museum through a range of permanent and changing exhibitions. www.wrm.org.nz

The Prince completed his eight day tour of New Zealand’s in the country’s largest city – Auckland. This buzzing metropolis is perched between Waitemata and Manukau harbours – and offers a mix of nightlife and restaurants with native rainforest, wild beaches and wineries all within half an hour of downtown. Its most iconic landmark is the Sky Tower from where the views are spectacular.

This year Auckland plays host to the FIFA under-20 Football World Cup and Prince Harry stopped by for a kick-around, captaining a team in a five-a-side match and scoring the winning goal. Don’t miss:

Free fall amidst the skyscrapers

Even pop superstar Beyonce has taken the plunge off Auckland’s Sky Tower, the tallest structure in the southern hemisphere. This 192 metre jump is an adrenaline rush not to be missed. www.skycityauckland.co.nz

Dubbed ‘The Hamptons’ of New Zealand, just 35 minutes ferry ride from the mainland, Waiheke Island is a haven of art, sculpture, wineries and contemporary boutique hotels – and in true New Zealand style, home to its own flying fox zipline. www.waiheke.co.nz