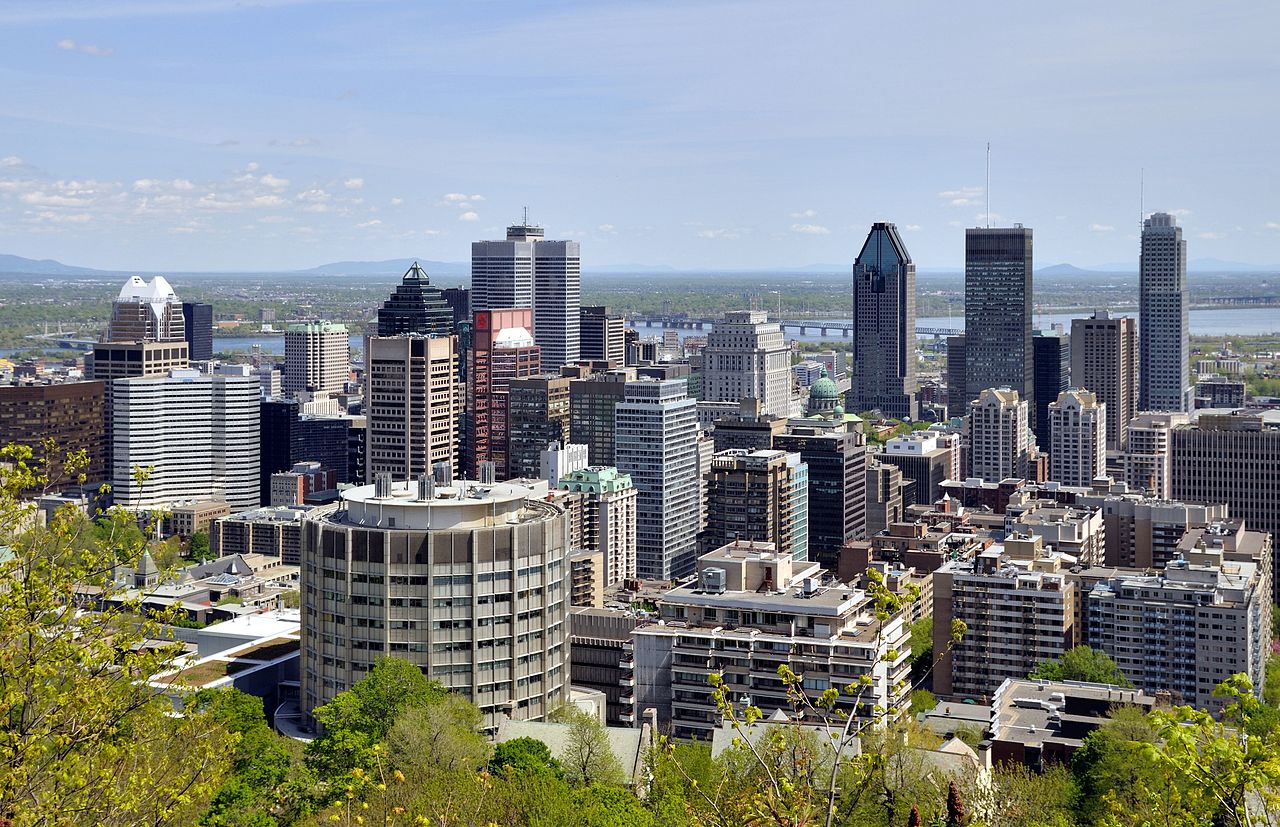 Montreal is a unique blend of Europe and North America. Its heady mix of British and French culture has given rise to a bilingual metropolis in Eastern Canada that boasts colonial history, architectural beauty, an abundance of green spaces and a vibrant food scene.

The island of Montreal was originally inhabited by the indigenous Iroquois people before being colonised by the French in the 1600s. Fast forward a couple of hundred years and Montreal became occupied by the British who allowed the French to continue living there, which helped shape the city’s inimitable identity as a slice of one continent, on the edge of another.

Montreal is a city best explored on foot, so pack your trainers and take in the skyline atop Mont Royal. Lovingly referred to by locals as their “mountain”, Mont Royal is a short hike that offers serenity in the midst of the bustle of downtown. Standing at 234m tall, it’s the highest point in the city and boasts impressive views of skyscrapers, the St. Lawrence River and the pilgrimage site of St. Joseph’s Oratory. At the top of the mountain sits a 200 hectare park, designed by the same man who created New York’s Central Park, and a lake, which is home to ice-skaters in the winter and surrounded by sunbathers in the summer. There’s no wrong turn once you get to the top, so take your time walking, cycling, rollerblading or, depending on the season, skiing around this tranquil spot.

Selection of Tours and Activities in Montreal

While Canada is not exactly famed for its cuisine, Montrealers are passionate about poutine. Quebec’s trademark dish is simple: chips, gravy and cheese curd. One of the best poutine places in town is La Banquise, which is open 24 hours a day and offers close to 30 different varieties of the comfort food.

A Schwartz’s smoked meat sandwich is another essential that will set you back less than $10, and is well worth the almost year-round queues to get into the 80-year-old restaurant. The oldest deli in Canada, Schwartz’s is a sparsely decorated Hebrew joint that has seen celebrities and visitors from all over the world walk through its doors to taste its world famous smoked meat.

Stock up on all the maple syrup you can carry at trendy Jean-Talon Market in the heart of Little Italy. You can sample the local cheese, fruits, vegetables, meats and pastries that line vendors’ stalls, and choose your lunch at the seafood counter. Finish off your meal with some maple taffy (made right in front of you by pouring hot maple syrup over ice and rolling it up around a stick), which provides for some sweet and sticky entertainment.

Ice hockey is not a sport in Canada, it’s a religion. Montreal’s gods are the Canadiens and they are the most decorated team in the NHL. Tickets sell out at lightning speed so if you don’t manage to get seats to see them do battle, try some of the amateur leagues in the city. If it’s not hockey season then console yourself by checking out some of Montreal’s street fairs and music festivals that take place throughout the summer months and attract big name acts.

The Notre-Dame Basilica is striking from the outside, but even more remarkable from the inside. Akin to a kind of decorative, medieval theatre, the neo-gothic church is an intense work of art, filled with three tiers of ornate banisters, religious statues and hundreds of intricate wooden carvings. So impressive is the lavishly decorated basilica that the man who designed it, an Irish-American Protestant architect, allegedly converted to Catholicism just before his death in order to be buried there.

Tip: go during mass or hymn practice and hear the sound of the choir and organ swell the building. 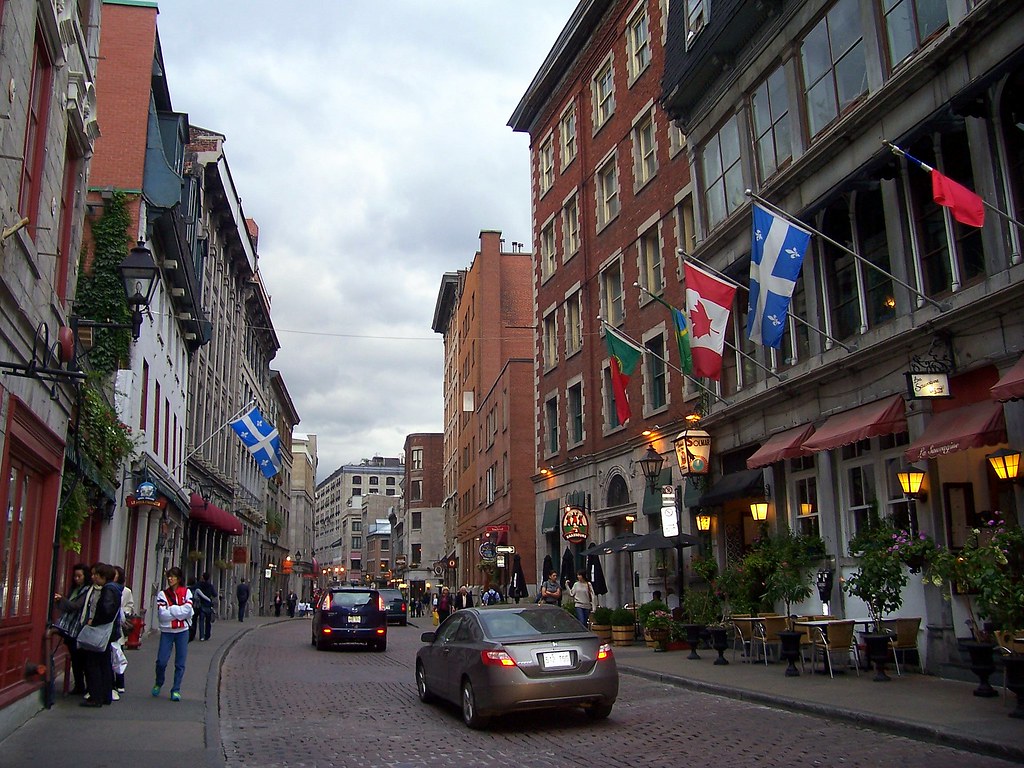 Old Montreal is a timeless labyrinth of cobbled streets that should be observed at first on foot and then from behind the window of a cosy café, with a coffee and a pastry in hand. Olive et Gourmando is a popular hang out that serves delicious baked goods, while Les Délices de l’Érable gives everything a maple syrup twist and houses a small maple syrup museum below. Steeped in centuries of history, Old Montreal hosts an array of hidden architectural jewels, such as the city’s first bank and Montreal’s World Trade Centre (the latter has a piece of the Berlin Wall on the site where Montreal’s very own city walls once stood). Complete your stroll through Old Montreal by wandering along Old Port for a different view of the city and the river that surrounds it.

Coffee connoisseurs should head straight to Pikolo Espresso Bar for a caffeine kick. Montreal’s coffee scene has been gathering momentum over the past few years and Pikolo’s hipster baristas are intent on taking it to the next level. Le Plateau-Mont-Royal is another trendy place to stop and grab a cappuccino, whilst admiring the bohemian neighbourhood’s creative street art.

A regular on the world’s Top 50 Fashion Capitals index, Montreal has got every style covered. Funky boutiques and antique stores line the historic region, while high street names are represented in abundance on St. Catherine’s. When temperatures plummet, shopaholics head indoors and underground to peruse the vast network of 1,700 shops within the city’s metro system. Don’t leave Montreal without taking home a bottle of the region’s famed ice cider.

Le Pomerol is a great-value, homely hotel situated in downtown Montreal, just around the corner from the main bus terminal. Idyllic breakfast picnic hampers are left outside your door each morning and light snacks are served in the afternoon.

Located within the Golden Mile, Le Meridien Versailles is a boutique hotel with contemporary rooms that provides easy access to museums, shops and art galleries.

Guide to dating across Europe

Eight activities to do in New Zealand (like Prince Harry)