Emirates Air Line is a new visitor attraction in London 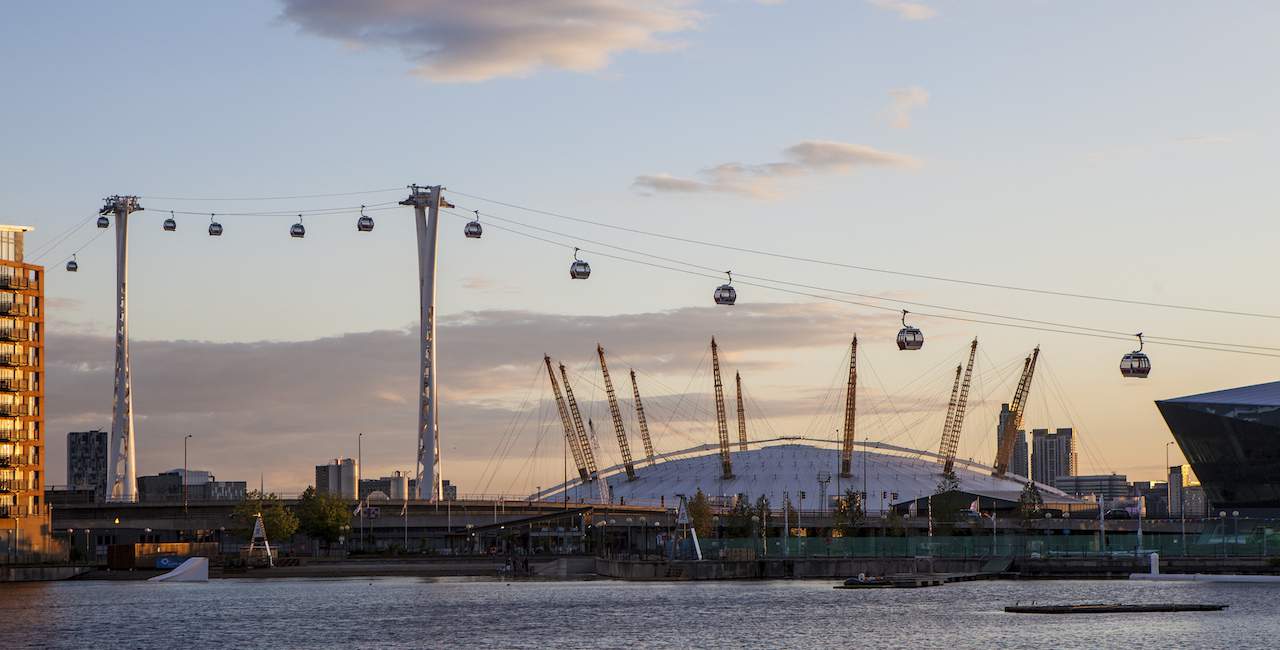 London‘s famous river, the Thames, is already known for having iconic landmarks such as the Tower Bridge and the London Eye (the ferris wheel) by its banks.

It now has a new feature. Last month saw the introduction of a new form of transport that doubles as a tourist attraction – the Emirates Air Line.

Though it travels through the air, this has nothing to do with planes. It is a cable car service.

Also known as Thames cable car, it links Greenwich Peninsula, close to the O2 centre, to the Royal Docks, home to the Excel Centre and takes just five minutes to make the journey.

The £60 million construction is 1km (0.62 miles) long and though it is sponsored by Dubai-based Emirates airline, it is operated by Transport for London.

At its highest point it reaches 90 metres (300 ft) and for tourists the views over London are sensational.

On a practical level, it provides a crossing every 15 seconds carrying up to 2,500 passengers per hour in each direction – that’s equivalent to 50 busses.