7 sensational European destinations for weekend breaks in May 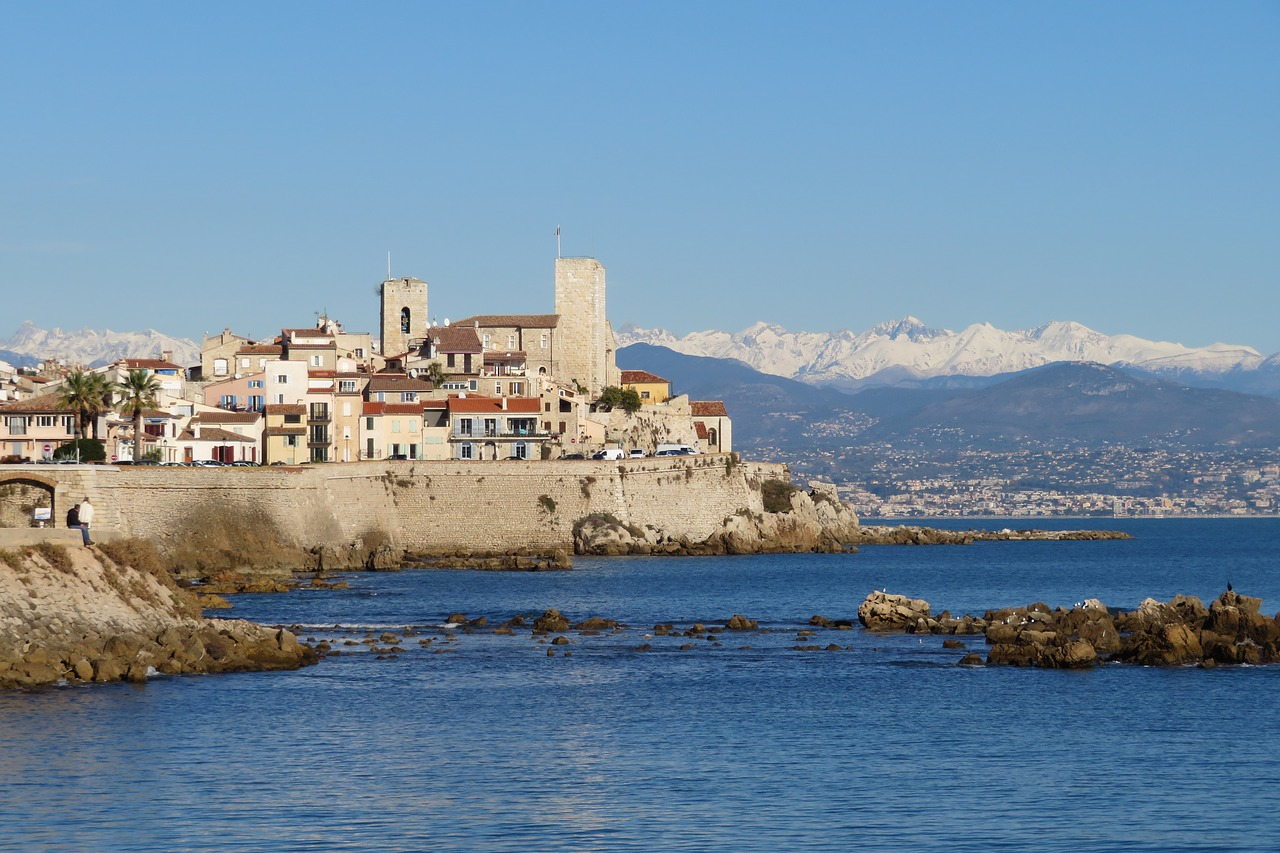 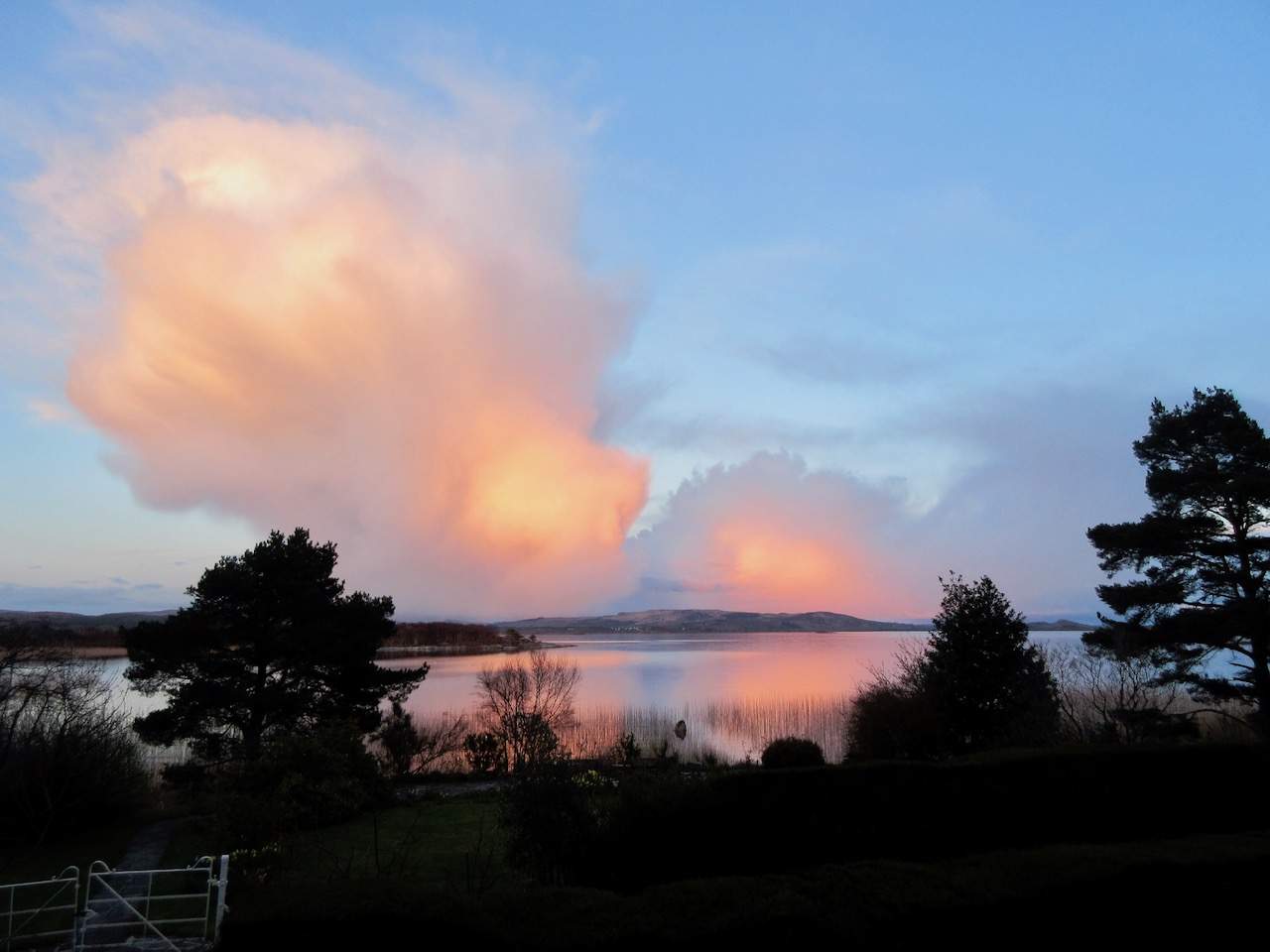 Escape from the hustle and bustle of city life and spend a weekend in the rugged and wild landscape of County Mayo on the West Coast of Ireland. Despite occupying almost 6,000 square kilometres, Mayo has a population of less than 140,000 people and is joyfully devoid of tourists. Instead, Ireland’s third largest county is covered with sandy beaches, craggy mountains, dense undergrowth and wide, open lochs. One of the most pleasurable activities is simply driving around the countryside and enjoying the dramatic scenery.

Mayo also offers plenty of outdoor activities, from horse riding to golf. Try your hand at fishing on one of Mayo’s lochs, although make sure you wrap up warm as even in April temperatures can plummet.

If you want to sample Mayo’s nightlife head to the capital, Castlebar, a bustling market town with some excellent restaurants and bars to boot. Dhaka Indian Restaurant is a must visit for curry lovers and Mick Byrnes Bar is a cosy venue that serves an excellent Guinness.

County Mayo is also a pleasingly cheap place to spend a weekend, and you can book flights from London to Knock for as little as £50 return with Ryanair. 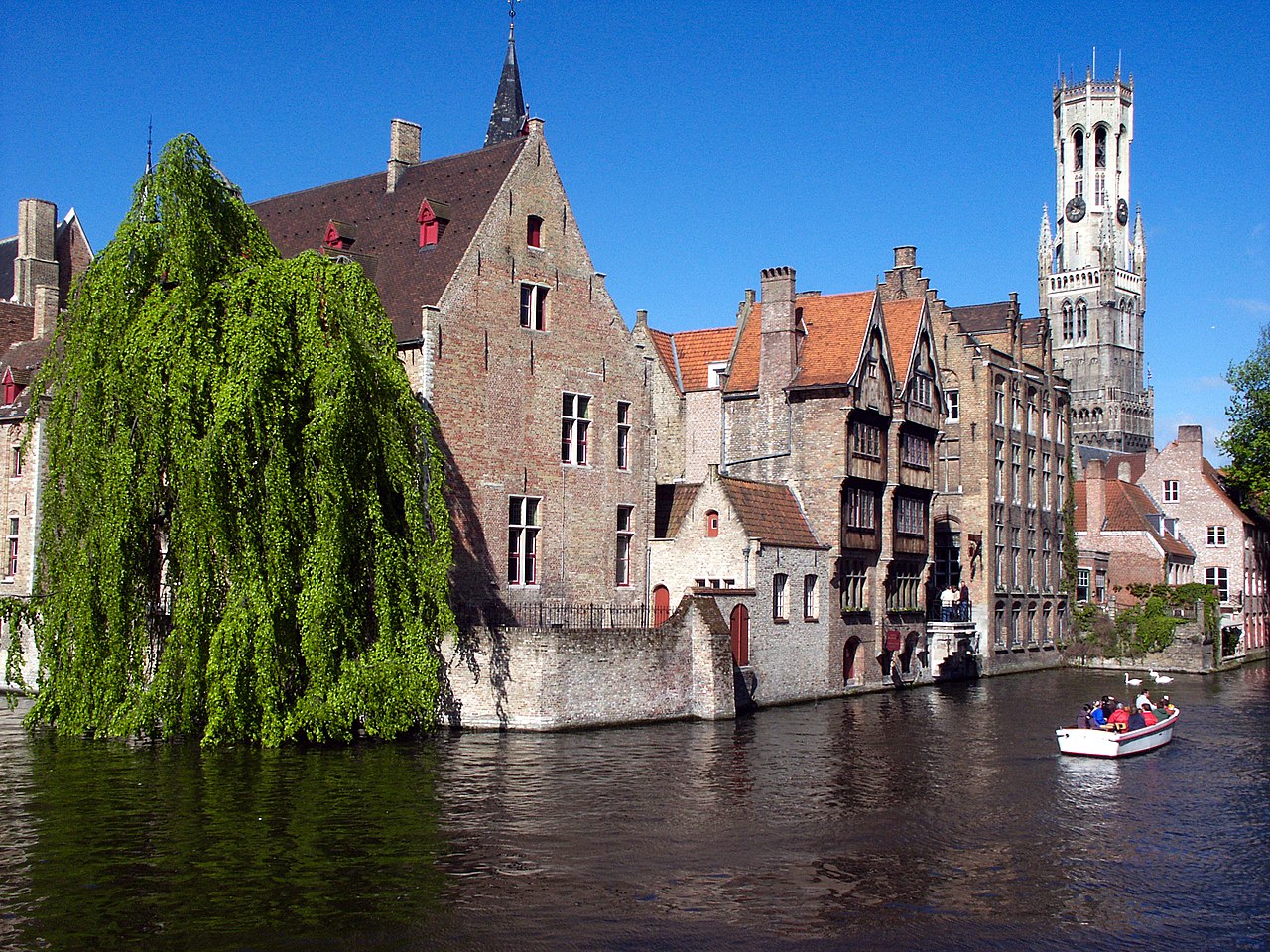 In the past few years Bruges (or Brugge) has become a popular weekend destination for the European traveller, and for good reason. Proud to be a relic of the past this pretty city has barely changed architecturally since the 18th century. It is defined by its floral canals and white bridges that criss-cross the city while cobbled streets and quaint alleys are hemmed with historic buildings. One such building is the Belfry tower; a medieval bell tower infamous for hosting the gruesome demise of Brendan Gleeson’s character in the aptly named Hollywood hit In Bruges.

For a cultural fix, visit the Church of Our Lady which houses the evocative Madonna and Child, which is treasured by the locals as it is one of the few Michelangelo statues not residing in Italy.

For a relatively small city there are a large number of museums, though quality is somewhat lacking. Still, the Groeninge Museum is worth a visit for its modest yet charming selection of Belgium artwork. Food wise, try The Old Chocolate House for your Belgian chocolate fix.

For a more savoury option, head to the Gran Kaffee de Passage for Flemish stew or Waterzooi; a delicious creamy chicken stew with herbs and vegetables. 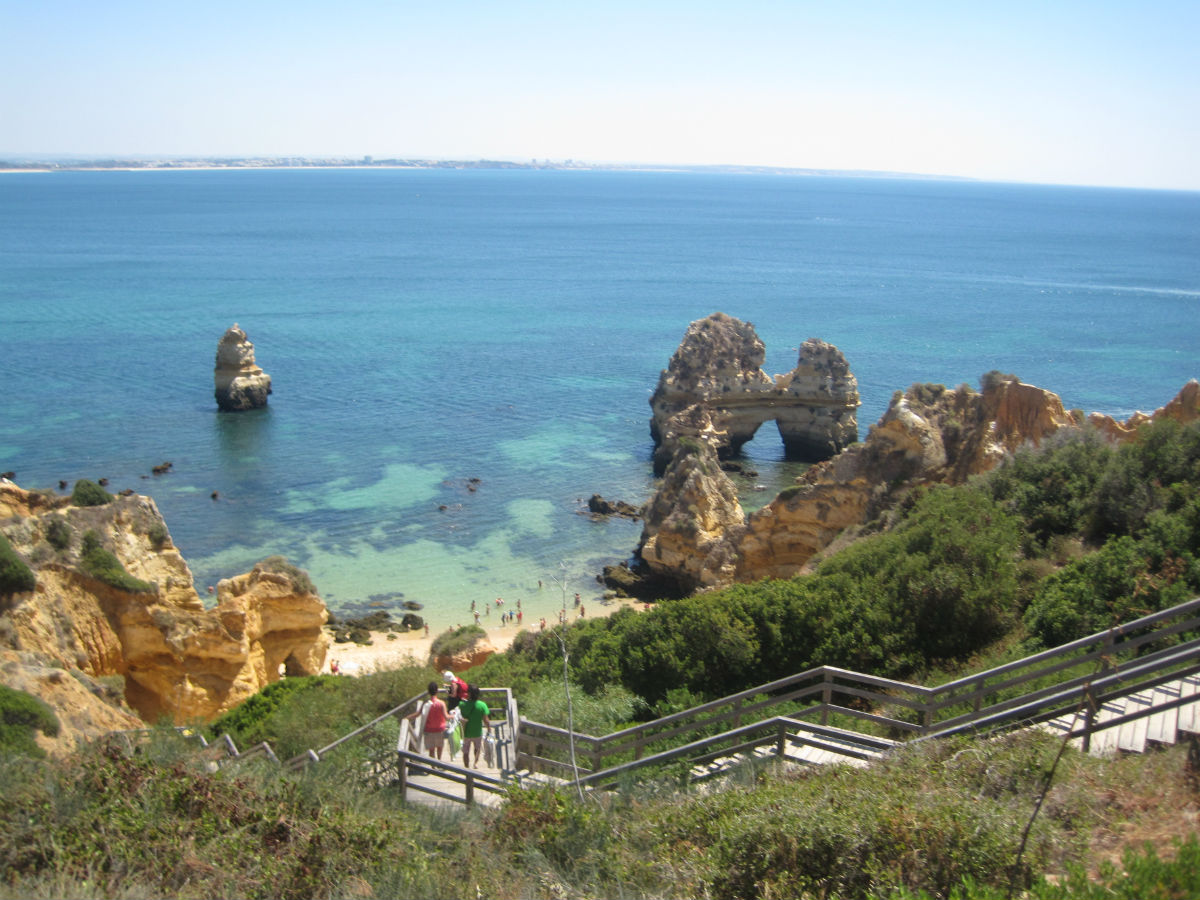 Lagos may not be the obvious choice for a Spring getaway yet for the active traveller it could be ideal. Although temperatures don’t generally reach the 20s, there’s plenty of sunshine and opportunity for outdoor activities.

Spend the day at Ponta da Piedade, a section of coastline dotted with enchanting caves, grottoes and sea arches. You can either witness these natural wonders from afar or book a boat excursion which takes you up close and personal.  Head down to one of the beaches to book a tour rather than in the town centre. Expect to pay around 10 euros.

There are also plenty of trekking and mountain biking opportunities along and above the coastline. Bikes can either be rented (e.g. Lagos Bike Rent) in the centre of town or you can book a tour (e.g. The Mountain Bike Adventure) for a day-long adventure. Feel free to explore to your heart’s content but mind you don’t end up unwittingly wandering onto one of the nudist beaches.

From a night life perspective, the centre of Lagos, though small, offers some razzle-dazzle. Try The Star for a cheesy night or Roskos for its cocktails and party atmosphere. 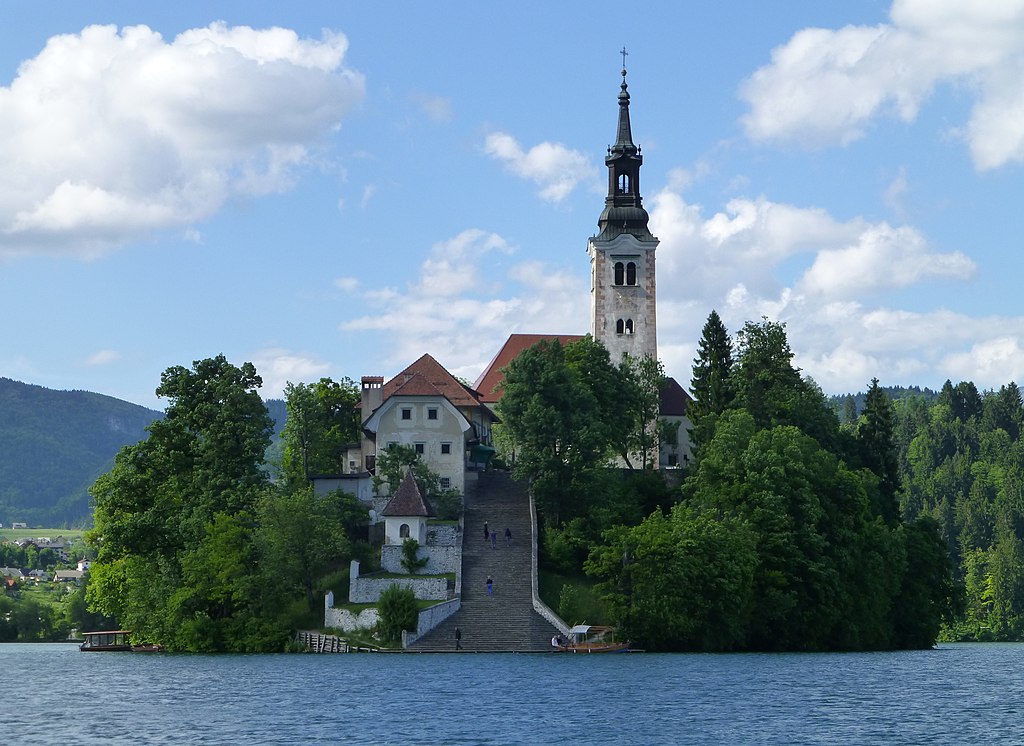 Walt Disney must have garnered inspiration from Bled, as it looks as if it was taken straight out of a fairytale. It sits majestically on a precipice overlooking the Lake Bled, surrounded by lush, dense forest.

In the middle of the lake there is an island with a lovely church where weddings are often held. It is deemed good luck for the groom to carry his bride up the 98 stone steps.

The town of Bled has a great variety of bars and restaurants, including the Devil Caffe and Bar, which overlooks the lake and has a fun and relaxing vibe.

If you are staying for a couple of days, take a day trip to the Vintgar Gorge, a short 4km from Bled. The scenery with its plethora of pools, rapids, and even a waterfall is magical. You might even spot the odd maverick in a wetsuit taking a plunge in one of the icy pools of the Radovna River.

The path is less than 2km long but feels like a little slice of heaven. Sparkling sunlight dapples through the trees and the sounds of birdsong and the gentle gurgle of the river can be heard along the length of the walk. If heaven gives you an appetite, head to the Gostilna Vintgar restaurant, which serves trout so fresh you can see it flapping about in the net just minutes before it ends up on your plate.

Antibes is located in the glitzy and glamorous French Riviera. Although the beaches are plentiful and the bars are buzzing, it still has an old-school traditional charm that is irresistible. Take a long walk along the Cap d’Antibes and you may come across elderly inhabitants playing a game of boules.

If you fancy a drink with a twist, head to the Absinthe Museum, home to a cellar-bar with a difference. The dark and cramped interior is plastered with mind-boggling absinthe posters and contains an assortment of eclectic hats which enthusiastic punters can’t help but try on. Staff serve a variety of white, green and premium absinthe from the menu.

Antibes is also a short distance from Cannes by either train or bus. Though it can be touristy and overpriced, it does have some surprising features. For instance, Ile Sainte-Marguerite, though quite beautiful, has a dark past. It is home to Fort Royal, the prison where the Man in the Iron Mask was held in the 17th century. Take the ferry from Cannes (tickets can be bought at the Quai Laubeuf, West of the old port) and spend an afternoon exploring the island. Either bring a picnic or dine at La Guerite restaurant, which some may find pricey. The restaurant is located close to the fort down a long stone staircase.

For those seeking a weekend of culture, Hamburg sports an incredible history. In 1842 a great fire swept through the centre and destroyed many of its most precious buildings, including the magnificent city hall and the Church of St. Michael. It was then ferociously bombed during the Second World War, reducing much of the city to rubble. One relic is the ruined remains of the Church of St. Nicholas, once the tallest building in the world. A more subtle reference to this period is the “tripping stones”: small brass plaques found all over the city’s pavements engraved with the names of Holocaust victims.

You can hear more about Hamburg’s  past during a Sandeman’s Free Tour. The guides impart their knowledge of Hamburg’s history and architecture from tales of pirates and the Hanseatic League to WWII air raids and the Great Fire of 1842. Just turn up at Starbucks Coffee opposite the Town Hall (Rathaus).

All that walking can make you hungry, so head over to the Portuguese quarter for petiscos (Portuguese tapas). There are over a dozen Portuguese restaurants and bars in the streets around the Ditmar-Koel-Straße and I would recommend Casa Ricardo for both the generous size and quality of the dishes. 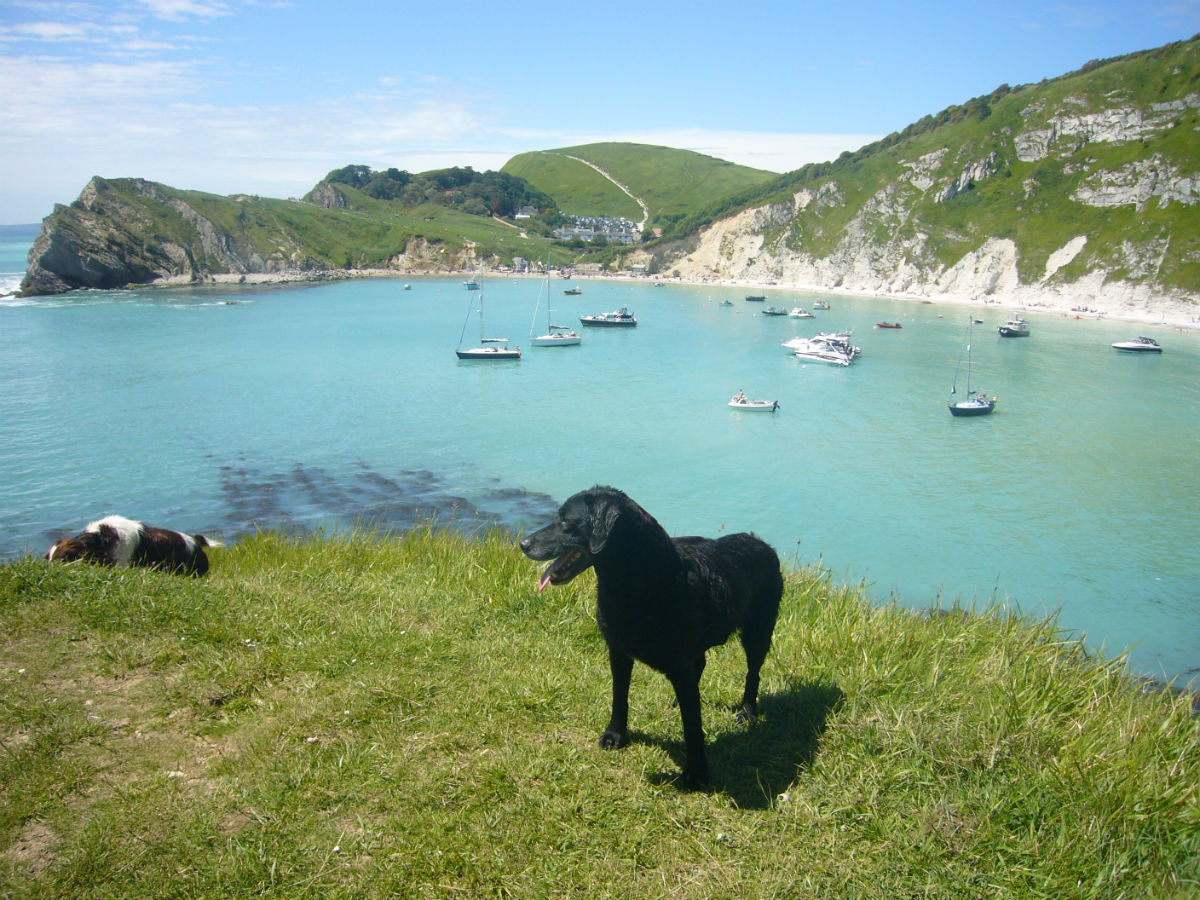 England may be famous for its unpredictable and sometimes inclement weather but don’t let that stop you from spending a weekend this Spring along its Jurassic coast in the south west.

Dorset offers stunning countryside and amazing beaches, both ripe for exploration on foot. You may even find the odd fossil. The South West Coast Path, a World Heritage Site, is 155km long.

If this seems a little too daunting, then stick to a small stretch such as the area around Durdle Door, a natural limestone arch, at Lulworth Cove. It extends from a shingle beach and as it is only accessible on foot via some steep steps, the water is clean. The scenery is spectacular and the area is both dog and child friendly. From here there are exhilarating walks to be had along the hilly cliff-tops.

If one day at the cove is enough, you can visit Lulworth’s stunning 17th century mock castle. From a distance the castle looks complete, but it was actually gutted by a fire in the 1920s and despite restoration by English Heritage much of the interior remains destroyed. 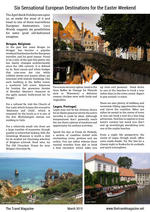 Q&A: What should I do if I have lost or found property on holiday?