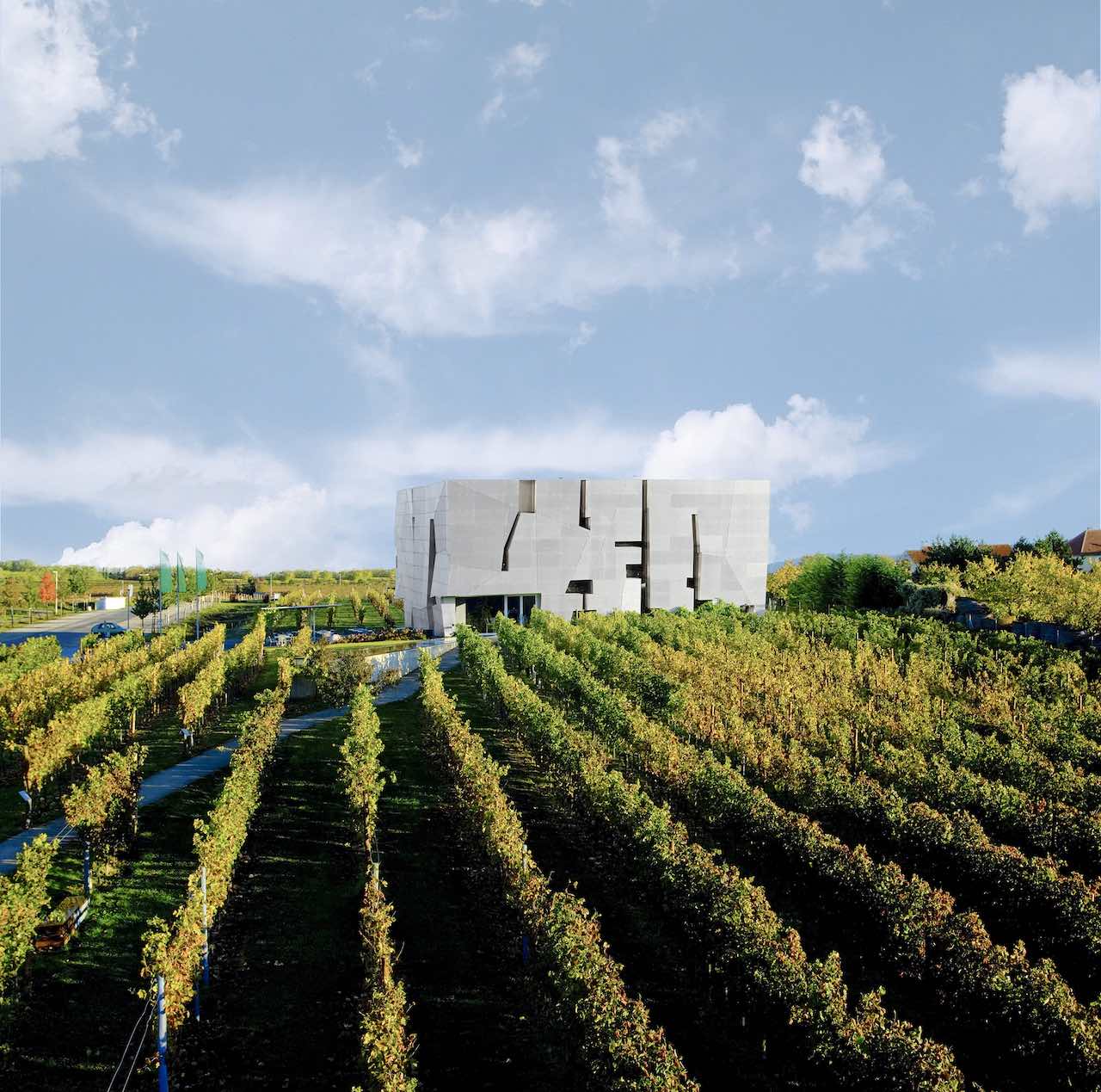 “Imagine the harmony of an orchestra, with no single instrument heard above another, this is what we aim for with our Weiner Gemischter Satz wine,” states Fritz Wieninger from his winery, in the sleepy outskirts of the Austrian capital. 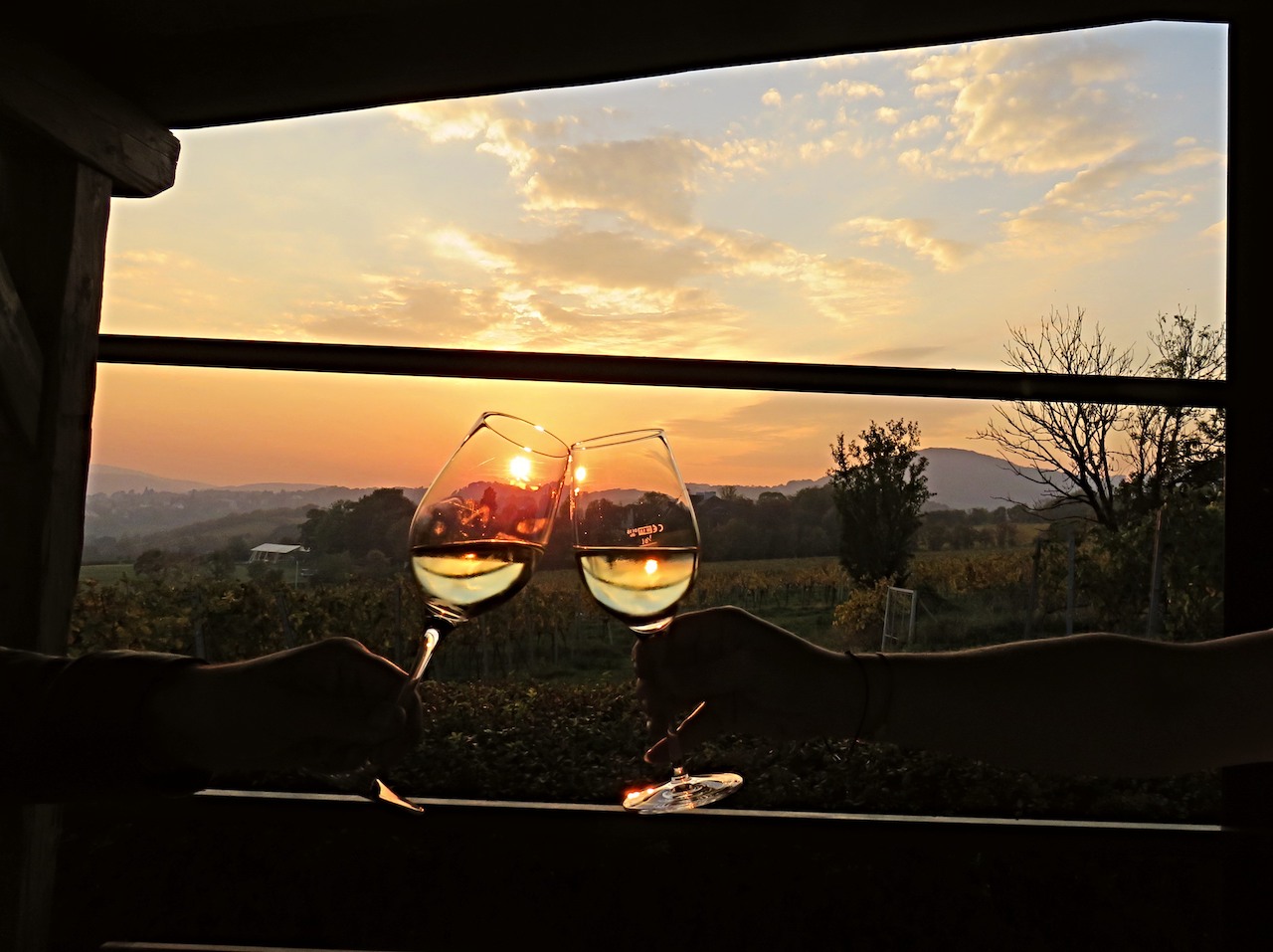 The vintners of Austria are a very passionate breed. They are a new generation of wine makers producing high quality products. They are represented across the four main wine regions of Niederosterriech (Lower Austria); Burgenland; Steiermark (Styria) and Vienna.

Wrapping a metaphorical arm around the eastern shoulder of the country these regions are defined by very diverse landscapes, micro-climates and outstanding grape varieties, such as the signature Grüner Veltliner, the dominant grape of Austria and revered by restauranteurs and sommeliers.

Along with this reputation, comes a new wave of “terroir” tourists, ready to explore a wine history dating back to the Celts and Romans but also in search of Austria’s variations of grapes, producers and wineries.

With around 700 hectares of vineyards, Vienna is the only major wine-producing capital in the world, whose vineyards are all within the city-limits. Viennese vintners such as Weininger and Mayer am Pfarrplatz are mixing tradition with innovation and most importantly, the grape varieties, to make the capital’s defining blend – Weiner Gemischter Satz (DAC) – a wine that has global prominence. The DAC is a designation of protected origin, given to a wine produced by a regional grape native to a particular area. 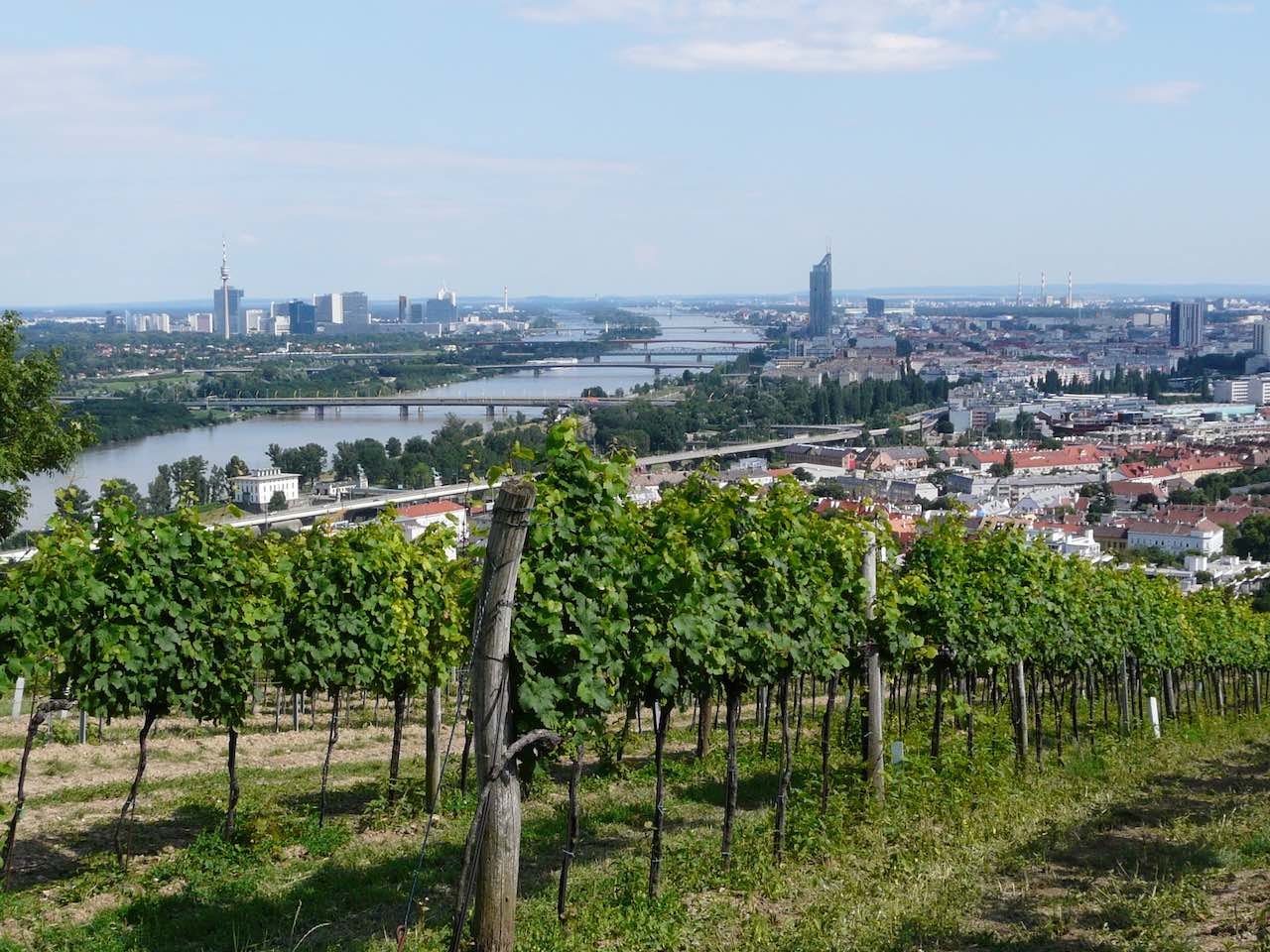 “Weininger” and winery “Mayer am Pfarrplatz” both have plots on the Nussberg Hill, a standout vineyard location commanding spectacular views over the capital. The rows of vines drop downwards before merging with Vienna’s dramatic cityscape; the Gothic spire of St. Stephen’s Cathedral, the Riesenrad Ferris Wheel and the Danube River, all visible.

Many wineries  own and run a ‘Heuriger’ (translated as “this year’s wine”) referring to an Austrian wine-tavern. It was Emperor Joseph II’s decree of 17th August, 1784, that granted every individual the privilege of selling “foodstuffs”, wine and cider produced in-house throughout the year, that has evolved into today’s Heuriger’s, such as that owned by Mayer am Pfarrplatz, and aptly named ‘Heuriger Beethoven’. It was home to the Maestro in 1817.

The sinewy Danube feeds, nourishes and passes numerous vineyards, but also provides an easy escape from Vienna by boat or bike, as a pleasant way to delve into Austria’s wine culture. 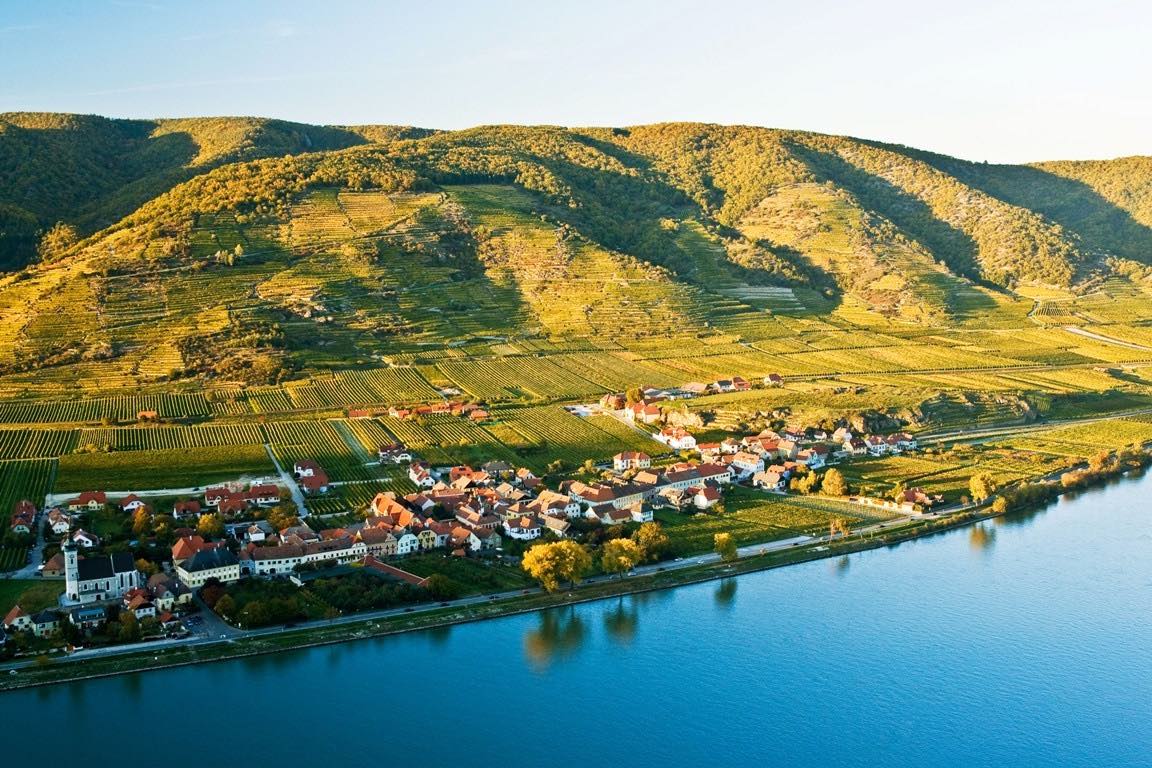 Vienna’s neighbouring wine regions offer a diverse vinicultural experience, driven by varying landscapes and climates; none more so than the Wachau Valley, an UNESCO World Heritage site since the year 2000, alongside the nearby Kamptal and Kremstal regions, all brimming with old-world charm. Just 1-hour’s drive from Vienna, the steep sided valley, stretches for 21 miles from Spitz to Loiben and creates numerous micro-climates at every turn of the snaking and grand Danube River, upon which flows a steady stream of tourists.

The main producer here is Domäne Wachau, a winery located in the village of Dürnstein, home to just 200 inhabitants, yet a co-operative representing 250 vintner families, producing some 2.5 m bottles a year. The Kellerberg vineyard rises up on a mosaic of terraces behind the winery, renowned for producing superior Reislings and Grüner Veltliners. Harvest can only be done by hand, but those with the arduous task are rewarded with dramatic vistas across the valley. 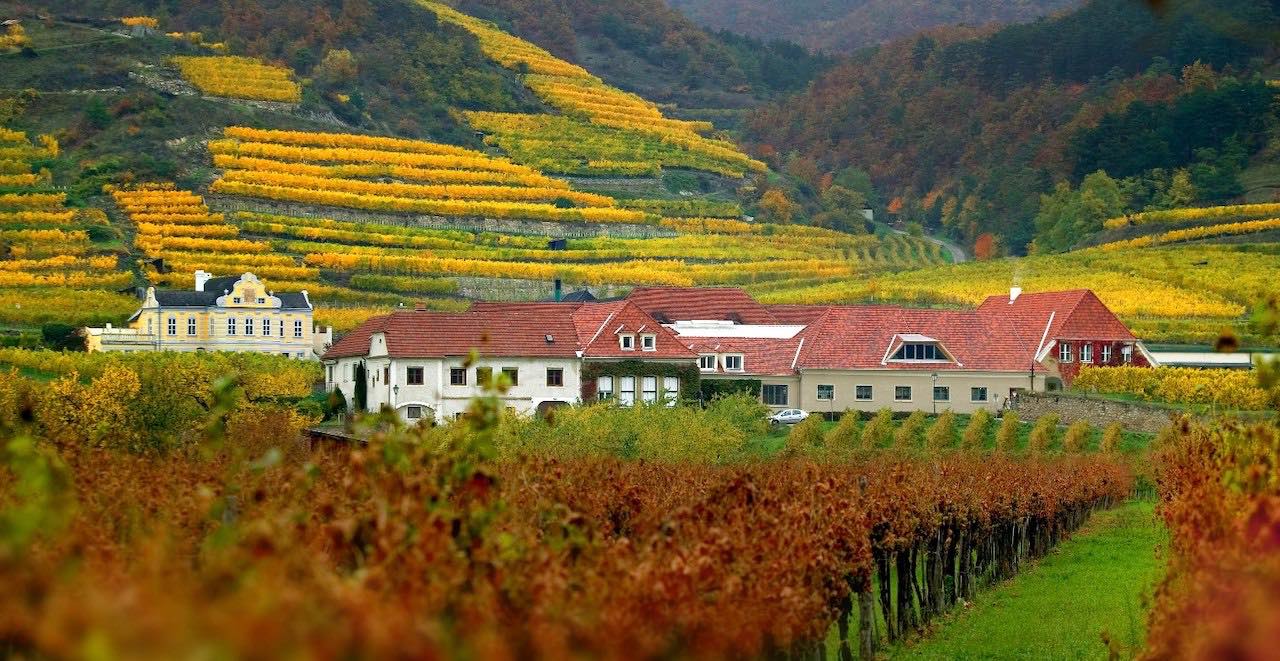 Immediately below, the modern winery stands next to the “Baroque Cellar Palace”, built in the early part of the 17th Century, whilst high above them both are the ruins of the Dürnstein Castle, in which Richard the Lionheart was held captive in 1192. Etchings and frescos circle the stately rooms. Below stairs, a 1km subterranean cellar network, turns grape to wine reflecting the unique Wachau Valley terroir.

Alongside a series of oak barrels a bust of ‘Ambassador Leopold Figl’ stands proud. He was a regular visitor to the cellar during negotiations that led to the State Treaty for the re-establishment of an Independent Austria after the Second World War. The cellar also offers up more surprises, as an experimental playground, with one corridor devoted to what they call Backstage wines that explore new styles of Grüner Veltliner, prepared in “Concrete eggs” and even a hand-carved granite cask.

A short distance north-east of the Wachau Valley in Wagram, the Winery Fritz Salomon has had wine and viticulture present at their historical Manor ‘Oberstockstall’ since the beginning of the 12th Century. The Salomon family have owned the estate for the past 150-years and grow their grapes in some of Wagram’s oldest vineyards, according to biodynamic principles. The ancient cellar produces a diverse range of grape varieties, from Grüner and Reisling to Cabernet Sauvignon and Pinot Noir.

At the centre of the Kamptal region in Lower Austria, on the edge of the picturesque town of Langenlois is the Loisium – world of wine – a visitor centre, vinotheque (wine shop) and museum. It is a totally immersive wine experience, which combines tastings with tours and housed in a modernist cube-like structure designed by architect Steven Holl. The building’s steel cladding reflects the sunlight and the Kamptal regions regular warm days and cool nights, which produce beautifully balanced white wines.

The wine centre’s geometric lines, cleverly follow the neat rows of vines, sloping gently south towards the town’s historic rooftops and church spire. It also points in the direction of the subterranean wine cellars whose tunnels date back some 900 years and tell the story of the winemaker’s life in a bygone era, and also the modern production of both wine and sparkling wine.

Another renowned wine dynasty is the House of Esterházy known the world over, a wine producer whose modernist winery is in clear view of the Esterházy Palace dating to the 17th Century, a link between family heritage and the future. And their immediate future is on the Leithaberg range of hills, with a new south-facing vineyard being prepared to produce Chardonnay.

Natural wines have been growing in popularity and Austria is producing some of the best. Winery Meinklang in Burgenland has embraced biodynamic wine production since 2001, buying into the intimate relationship between organic farming processes, the production of wines and keeping that close production circle tightly spinning. This includes filling cows’ horns with fresh manure and using it as the basis for natural fertiliser, as well as adhering to the cosmic calendar. 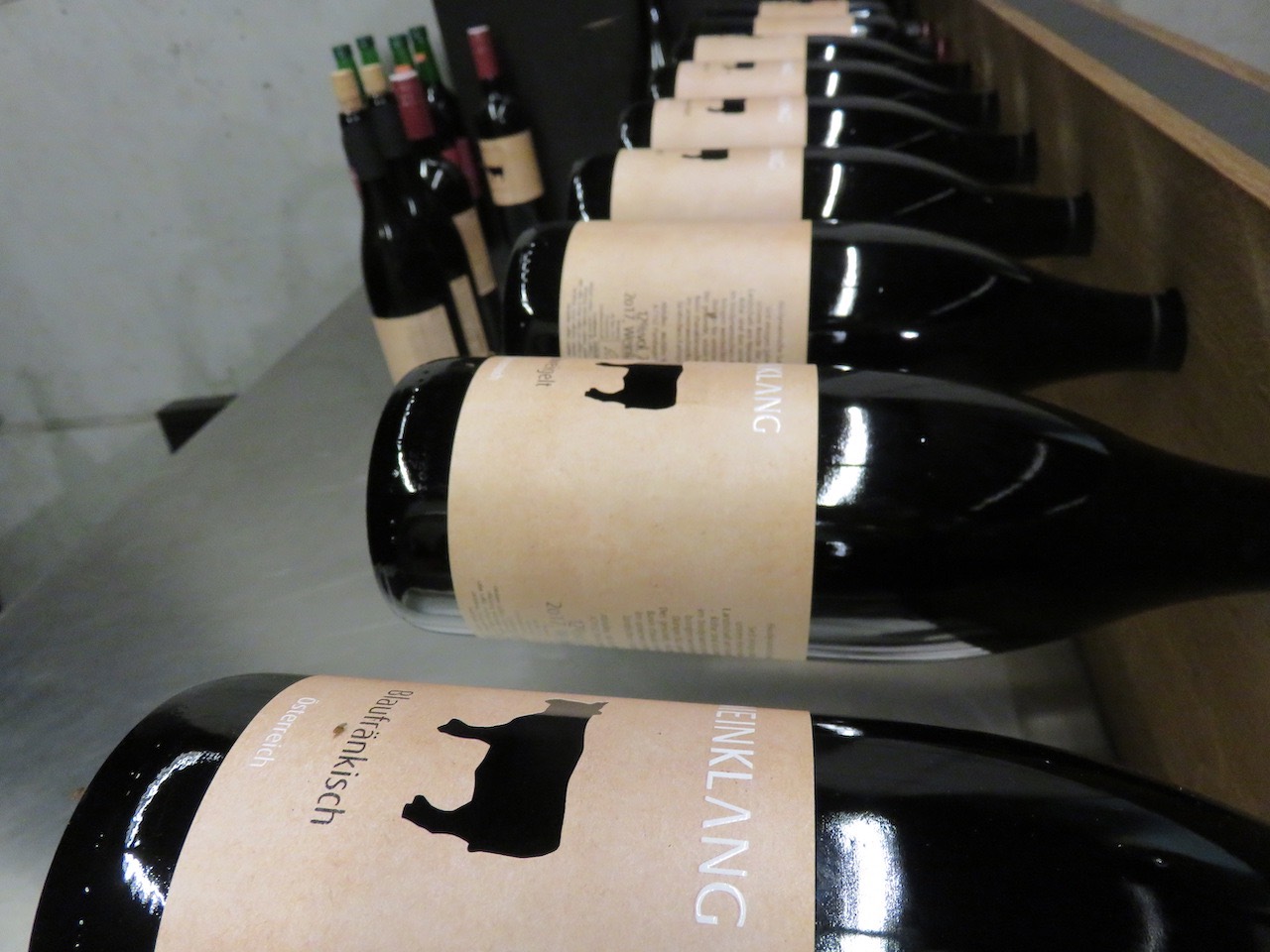 Niklas Peltzer of Meinklang Winery says that “artificial yeasts and artificial fermentation kills the original terroir” and Meinklang’s ethos is to give the wines an “honesty and authenticity in order to make a handcrafted product” without chemical manipulation. 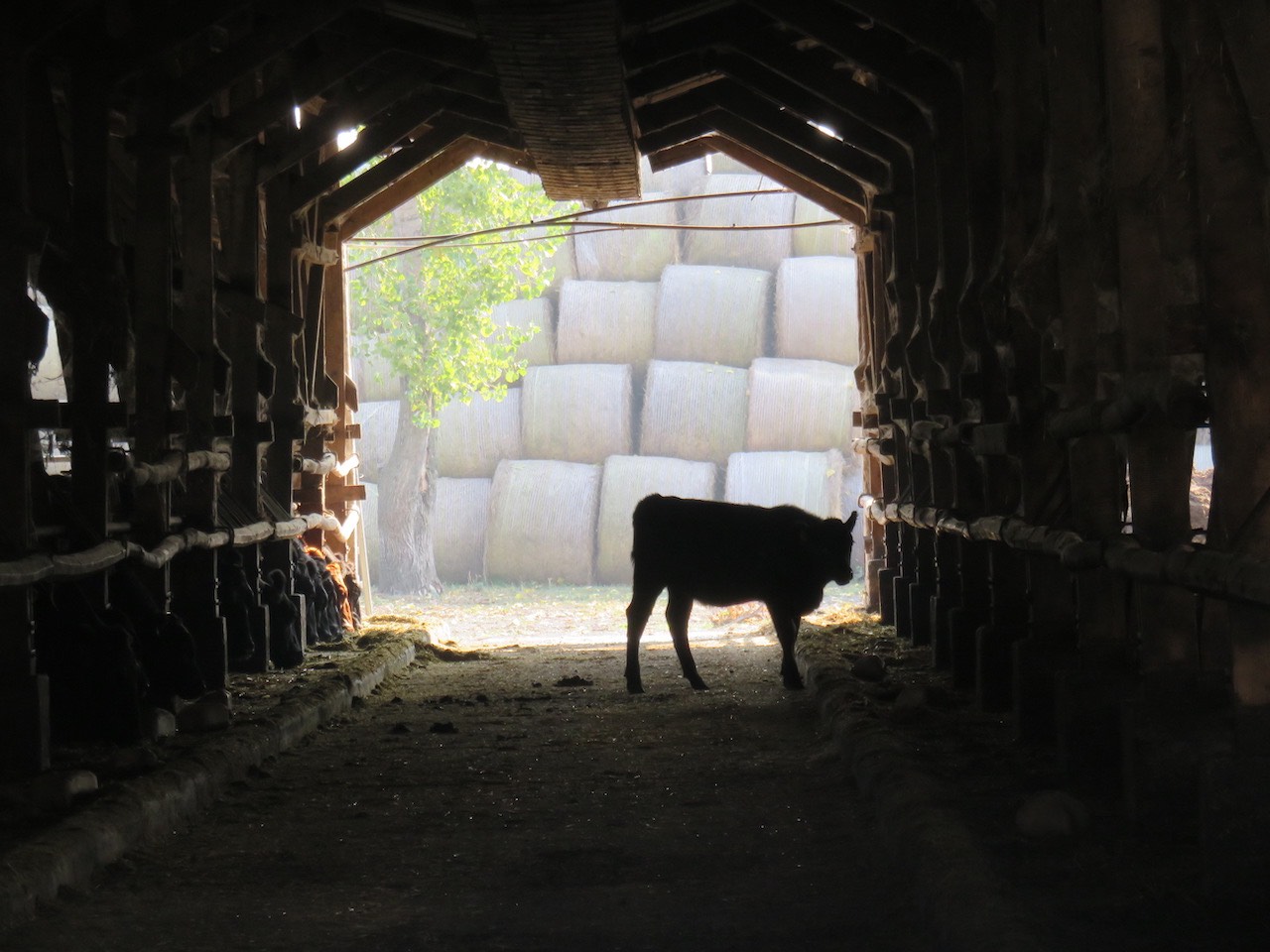 Winery Gruber Röschitz, located in the Western part of the Weinviertel region (Austria’s biggest wine-producing area) is owned and run by a trio of siblings. They are young, ambitious and proud of their family’s agrarian roots stretching back 200-years and wine cultivation since the 1950s. Ewald Gruber, the eldest of the siblings is a firm believer in the organic production of wine; “the wine should be made in the vineyard not the cellar” he says pointing to healthy soils and vines.

Austria’s wine regions consist of so many family-owned estates, who still embrace ancestry, tradition and nature. And maybe Pulker’s Heuriger in Rührsdorf, an unassuming road-side wine tavern, best encapsulates it all. After a scenically spectacular drive along the southern bank of the Danube, visitors and locals can stop for a hearty farmer’s style lunch of succulent pork with crackling, washed down with a ‘Staubiger’ wine; an unfiltered smoky white wine that pairs perfectly with the food, rustic ambiance and Austria’s vinicultural landscape.