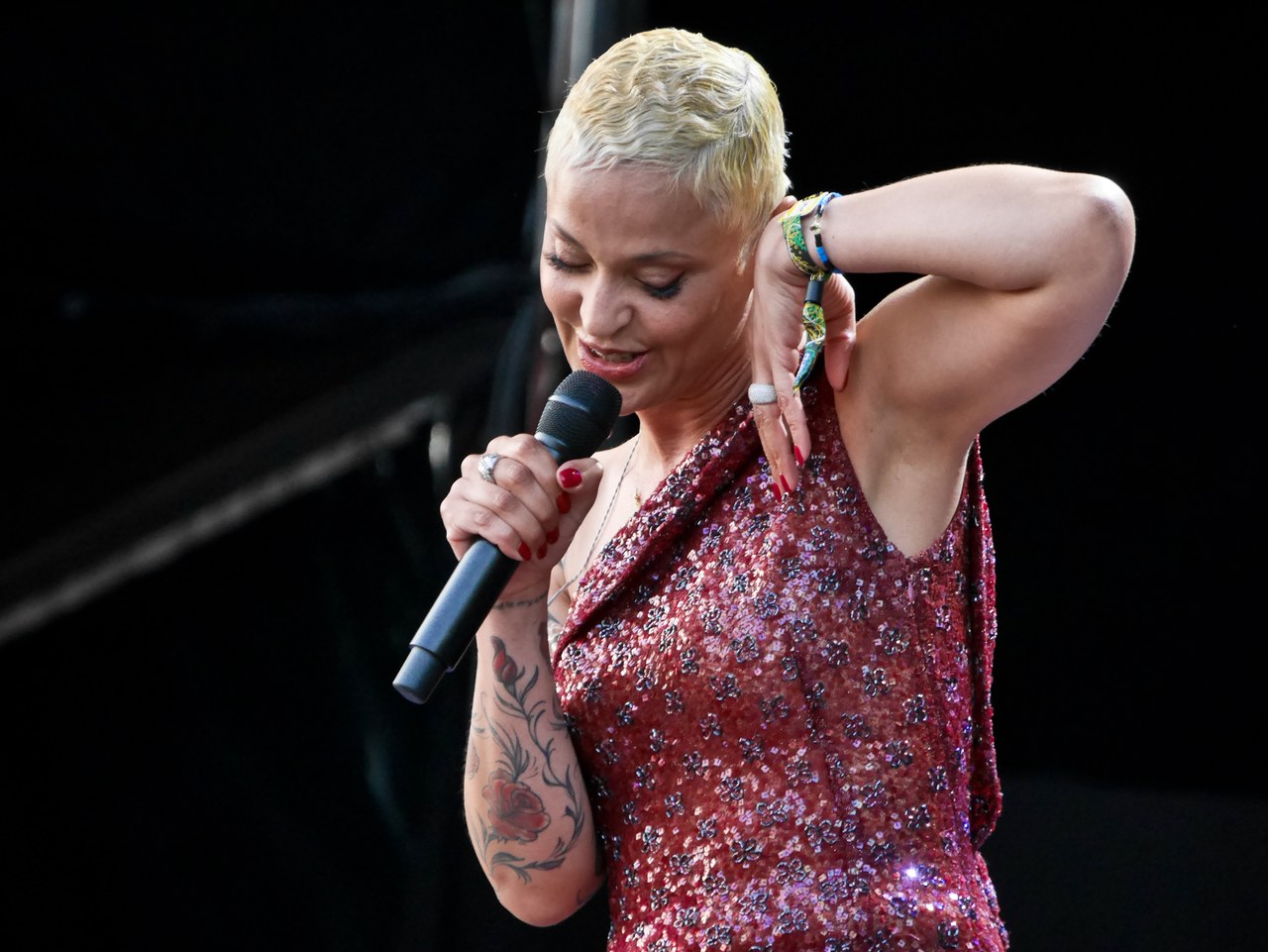 Ostrava, the third largest city in the Czech Republic, was once the country’s steel heart, sitting on a rich coal seam, which fuelled the roaring blast furnaces, clouds of belching smoke issuing from its factory chimneys. Those days are long gone but the multi genre Colours of Ostrava Festival, now in its 18th year, has given the city new life.

When I arrive, I can’t resist taking the vertical lift half way up the side of Blast Furnace Number 1, also known as ‘Bolt Tower’. After this, it’s stairs and gantries to the top, with the whole festival laid out below.

On the horizon I can see the city’s one remaining steelworks and the mountains beyond. There’s no doubt this is a stunning venue, a suitable sci-fi site for the post industrial age.

The music isn’t bad either and organisation is excellent.

Why go to the Colours of Ostrava Festival

The festival has been an annual event since 2002 but only moved here in 2012 and now takes place over four days. Its 24 stages have music from all major genres, including avant-garde and world, but there are also theatre performances, films and discussions.

The atmosphere is comfortably laid back and prices are kept low, particularly the beer which, at just over £1/1.06EUR a pint, is excellent value. Everything happens on time, the sound is good and there’s none of the aggression which you sometimes encounter at other festivals.

I start with Small Islands, Big Songs, a collective of indigenous musicians from Indonesia, New Caledonia, New Zealand, Solomon Islands, Taiwan and Madagascar. There’s interactive back projection, filmed in the Pacific and Indian Oceans and the acoustic vibe works well just before sunset. 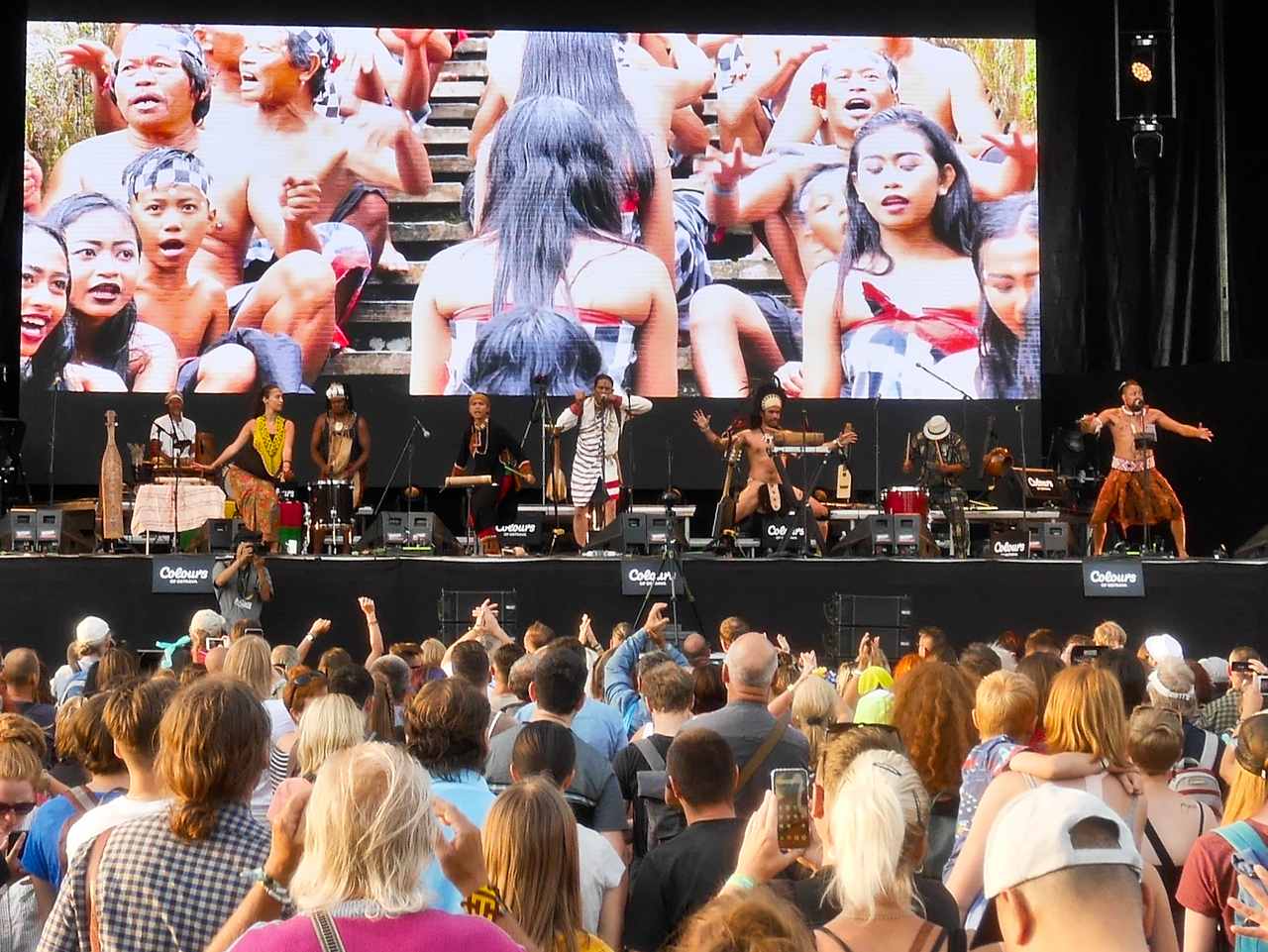 Moonlight Benjamin from Haiti mixes voodoo with French guitars. She sings in her native creole and her performance is suitably idiosyncratic. On the same stage the seven piece BCUC, from South Africa, churn out a high energy punk funk with vocalist Kgomotso Mokone going wild in a mix of Zulu, Sotho and English.

There’s a more gentile atmosphere with French vocal group San Salvador. They weave their hypnotic layers of Occitan polyphony accompanied only by shifting patterns of percussion. Calypso Rose is the legendary ‘Calypso Queen’, from the Caribbean island of Tobago. Almost 80 years old, she’s still asking for a young man from the audience to take home, and she charms the crowd.

Mariza. the Fado singer from Portugal

Mariza, the Fado singer from Portugal never fails to disappoint although for the festival crowd she chooses her more upbeat numbers. There are still a couple of those heart rending Portuguese blues but she’s plainly in a joyful mood. 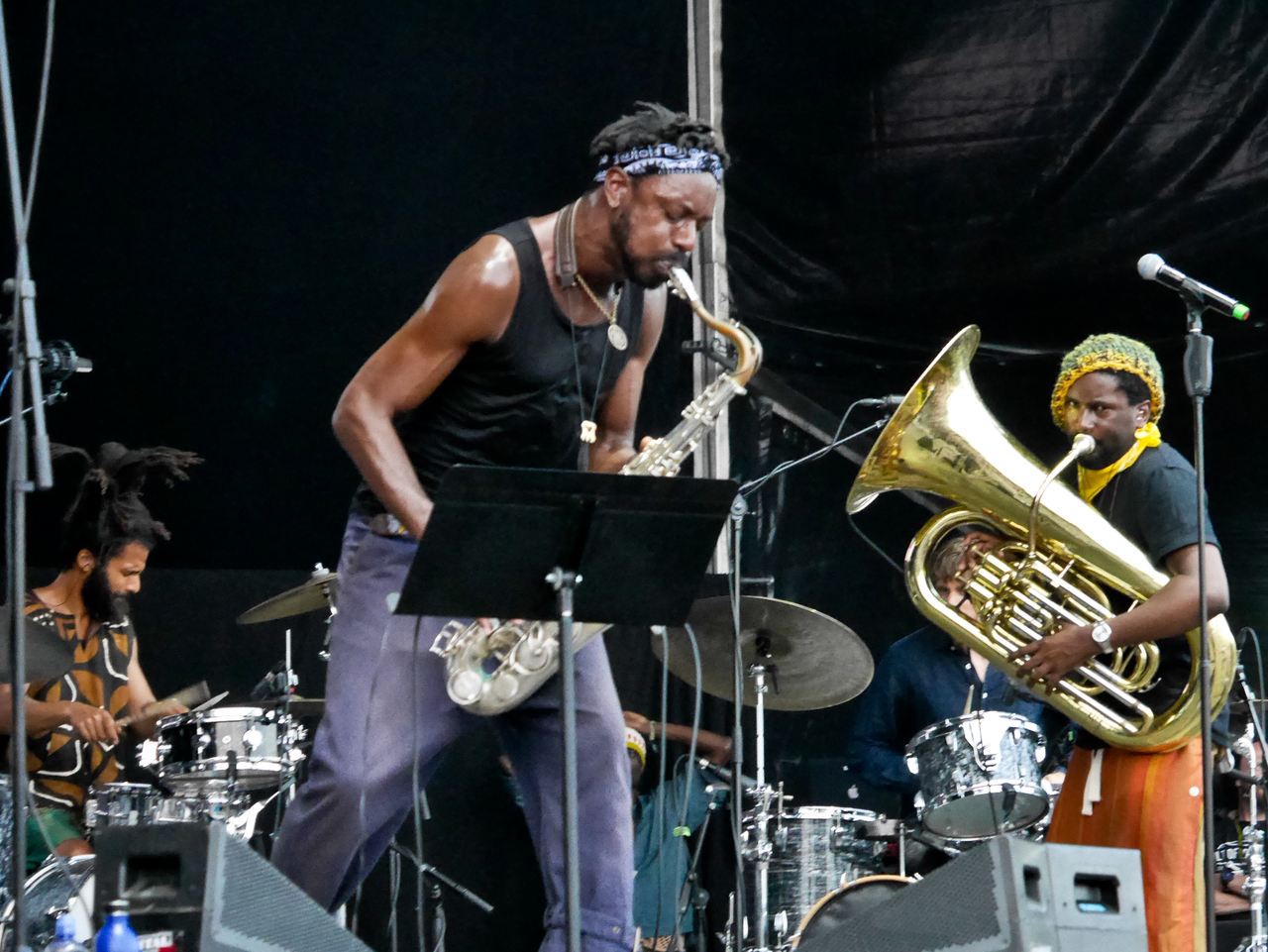 The Sons of Kemet XL version has three drummers backing the duo of saxophonist Shabaka Hutchings and Theon Cross on tuba. The groove is straight out of John Coltrane and Albert Ayler and it’s great to see the mainly young audience digging it.

The most intimate venue is the Cylinders Gong Stage, inside a converted gasometer, all seated. It’s the perfect space to appreciate the classical Kronos Quartet and the jazz of Paolo Fresu, Mathias Eick and Youn Sun Nah. Indeed it insulates you from the mayhem outside and you get to sit down and relax.

The Cure are top of the bill and I watch their set from a rooftop bar where someone kindly offers me a chair. Forget about sitting in fields, all ages are welcome here, particularly Robert Smith who delivers his greatest hits with a slick professionalism.

During their heyday, coal was still being mined here, and molten iron spewed from the furnaces. The mills are all quiet now, but not so the Cure – their two hour set shows they’ve outlasted them all.

Since the main events occur in the evenings I have most of the day free to explore the city and its surroundings. You can actually go down a mine in Landek Park, although you don’t get very far underground. What’s surprising is that, in spite of its industrial history, the city has a green heart with many parks.

Sailing down the Oder River on an inflatable, I see a glut of bird life including herons flying above and even a young deer on its banks The Beskydy Mountains are nearby, perfect for easy hiking trips, and a popular outing is to take the chair lift up the Pustevny hill. 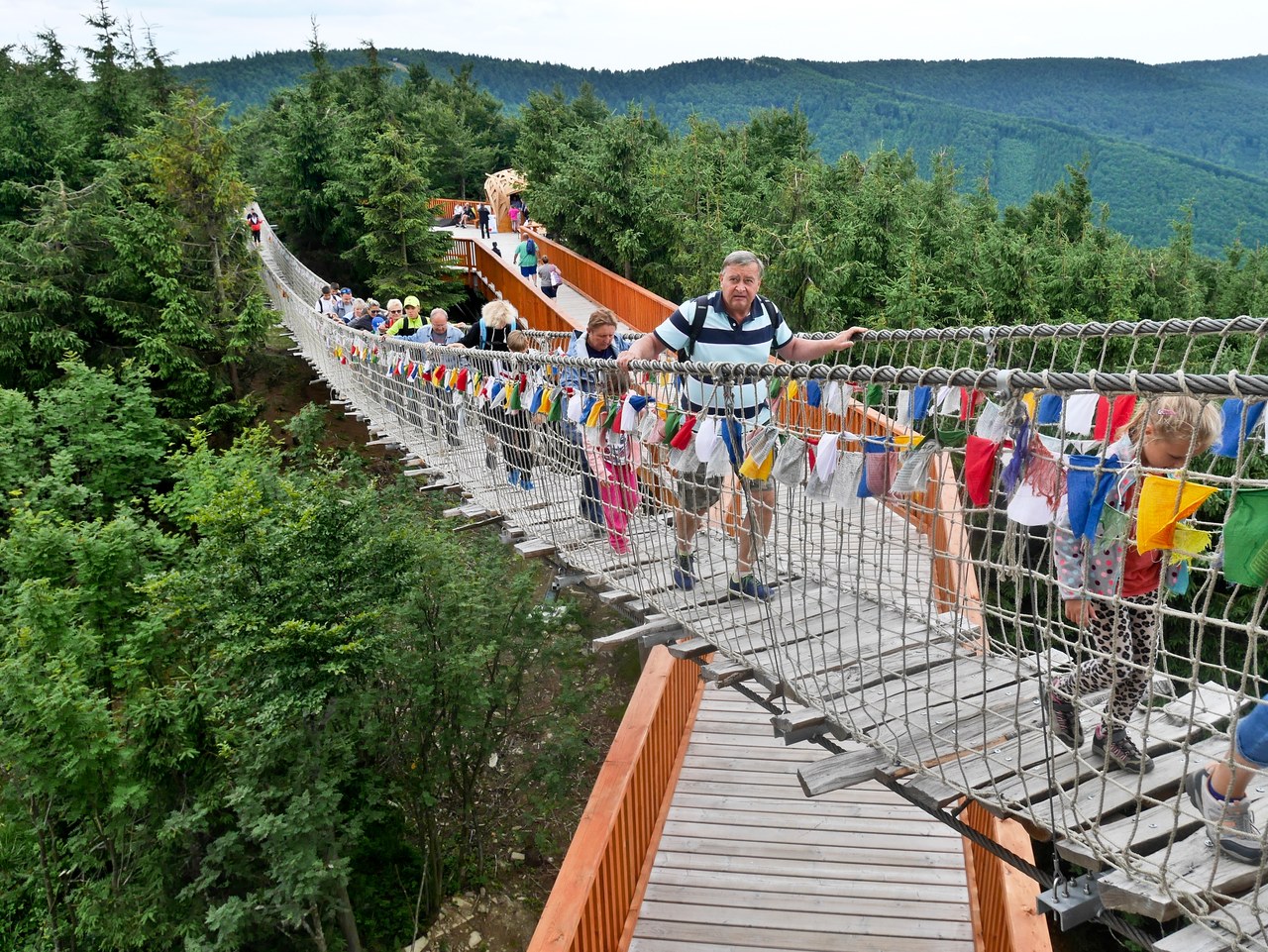 At the top they’ve built an impressive wooden skywalk with views from its large glass platform into Poland and Slovakia.  If you’re feeling brave, take a white knuckle scooter ride back down, screeching through the curves.

There is no camping allowed on the site, so you have to stay in a hotel in the city centre. which is just a tram ride away – almost walking distance.

STAY: The Harmony Club Hotel is only a half hour walk from the festival site.

North Moravia and Silesia has information about the region.

Czech Tourism has information about the country.