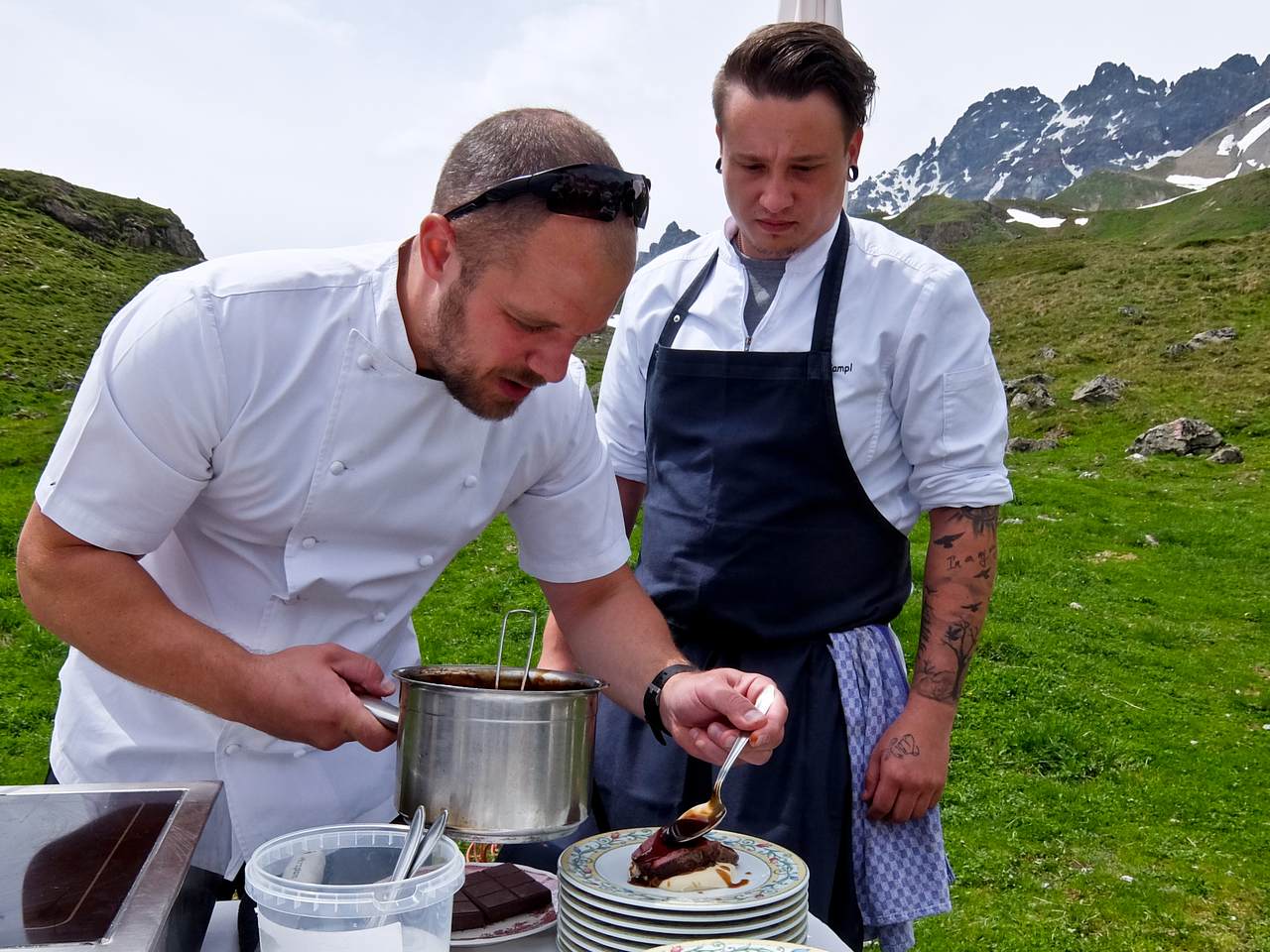 Typical mountain food is by necessity hearty fare; think lots of sausage and potatoes, fuel for strenuous exercise, designed to fill you up.

But in Ischgl they’re doing something extra.

The town sits at an altitude of 1377m, in the Paznaun Valley in the Tyrol and its ski area is the largest in the Alps. In the summer mountain biking and hiking are on the menu, but it has the added attraction of gourmet food in its mountain huts.

It started in 2008 when “chef of the century”, Eckart Witzigmann devised the Culinary Way of St. James in cooperation with Gault & Millau.

His idea was to invite five top chefs to each create a dish which would then be served in the huts for the summer season. It was a roaring success and became an annual event, so I’m here to see what’s cooking this year.

Along with chefs from France, Germany, Netherlands and Austria, Britain is represented by London’s James Knappett, known for his innovative Bubbledogs restaurant. There he serves gourmet hotdogs and champagne but also has a small fine dining area, the Kitchen Table, with two Michelin stars. 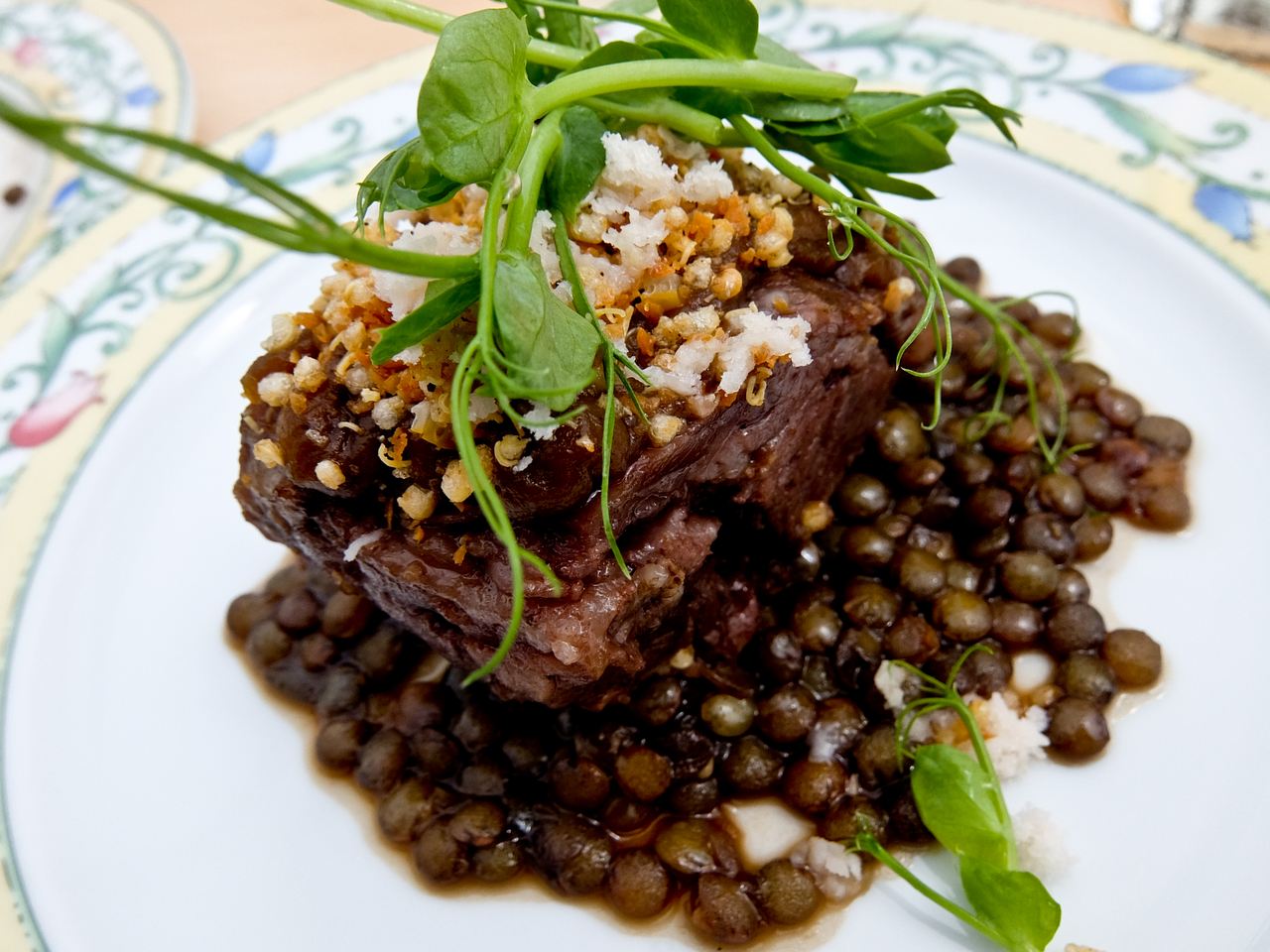 I have to work up an appetite if I’m going to sample all the dishes, so I trek up to the 2264m Heidelberger hut. Outside, accompanied by Tyrolean folk music, the chefs are hard at work on their creations.

Most feature some kind of meat, including a savoury Alsatian tarte flambée from Frenchman Jean-Georges Klein, but there’s also a vegetarian dish by Austrian Paul Ivić. He’s actually a local, being born in the valley, and has a slow cooked egg on a base of Fisser barley with braised leek and cheese. 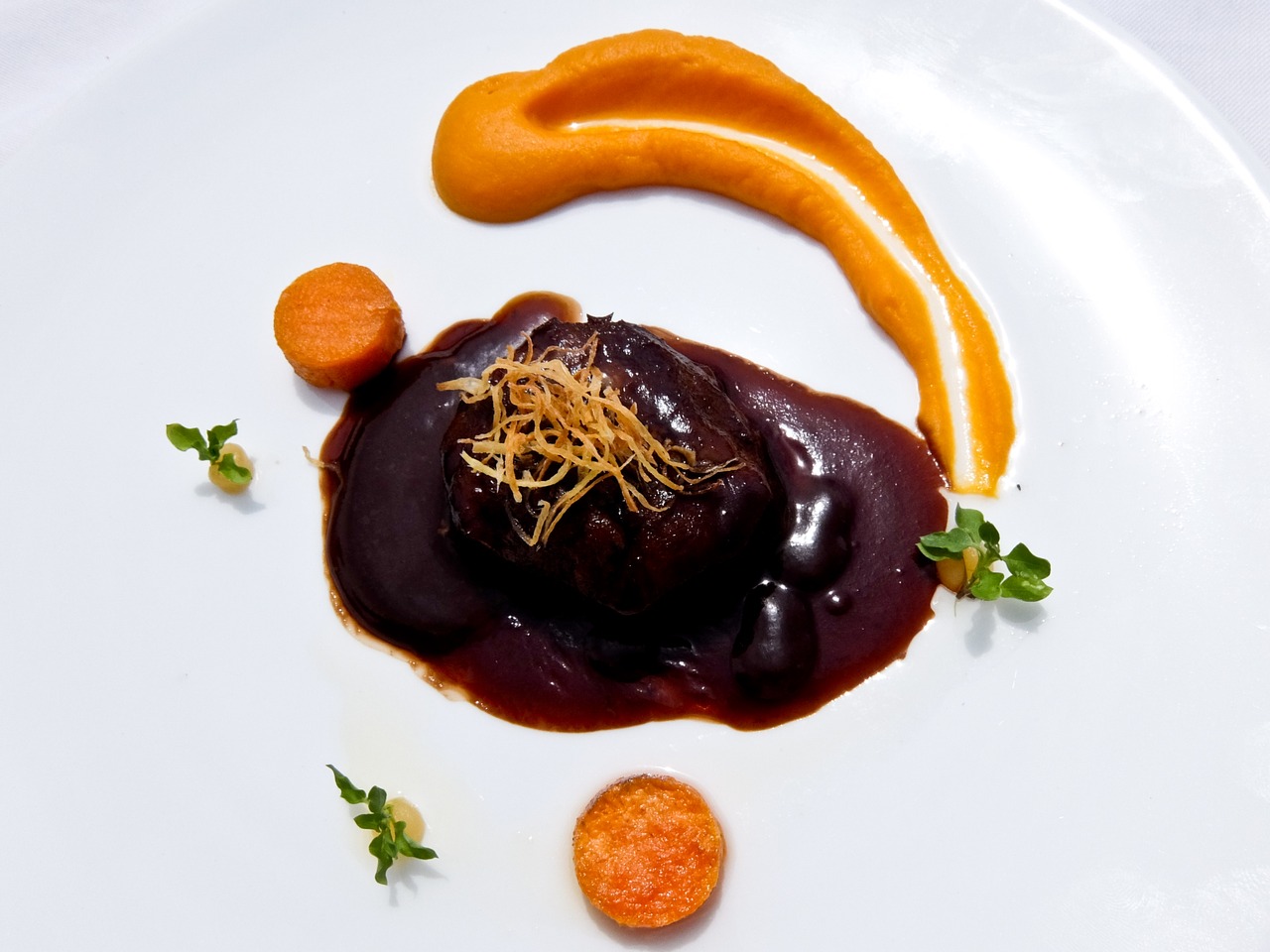 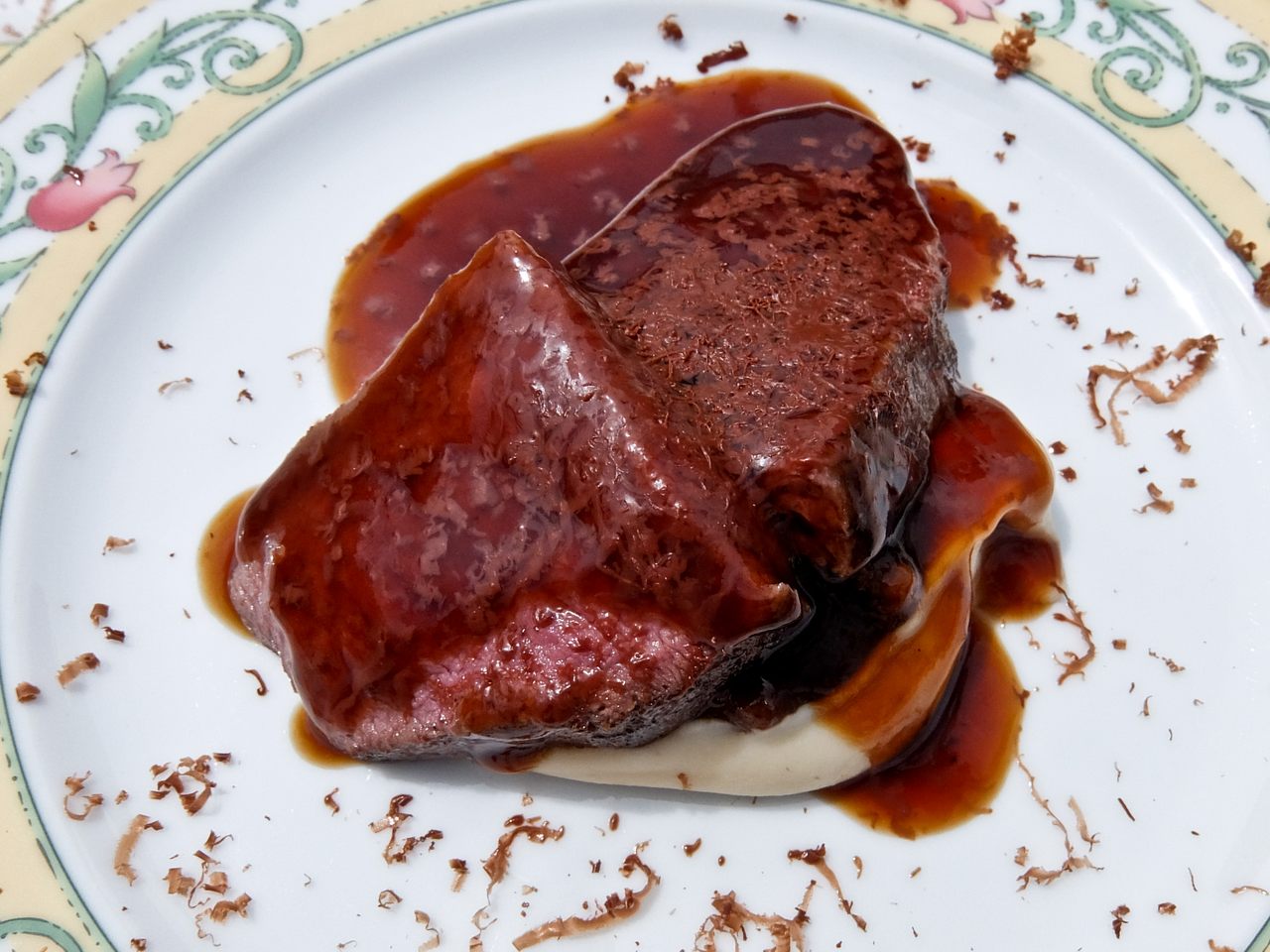 Onno Kokmeijer, from Amsterdam, is preparing Wagyu short rib with shallots, salted lemon and Trappeur spice on a bed of green lentils while Tristan Bradt from Mannheim is serving slow cooked veal cheeks with ginger oil and pickled lemons on sweet potato mash.  Our very own James Knappett has a tasty venison loin on celeriac mash with plums soaked in tea and a shaving of chocolate on top.

Of course all are a great success but the proof of the pudding, as they say, is how they will work in the mountains.

Next day I take the cable car up to the Almstüberl where James’s dish will be served and watch as he delivers his masterclass to the resident chef.  The mountain portion costs a very reasonable 15 Euros and is very good indeed. He leaves confident that his own high standard will be maintained. 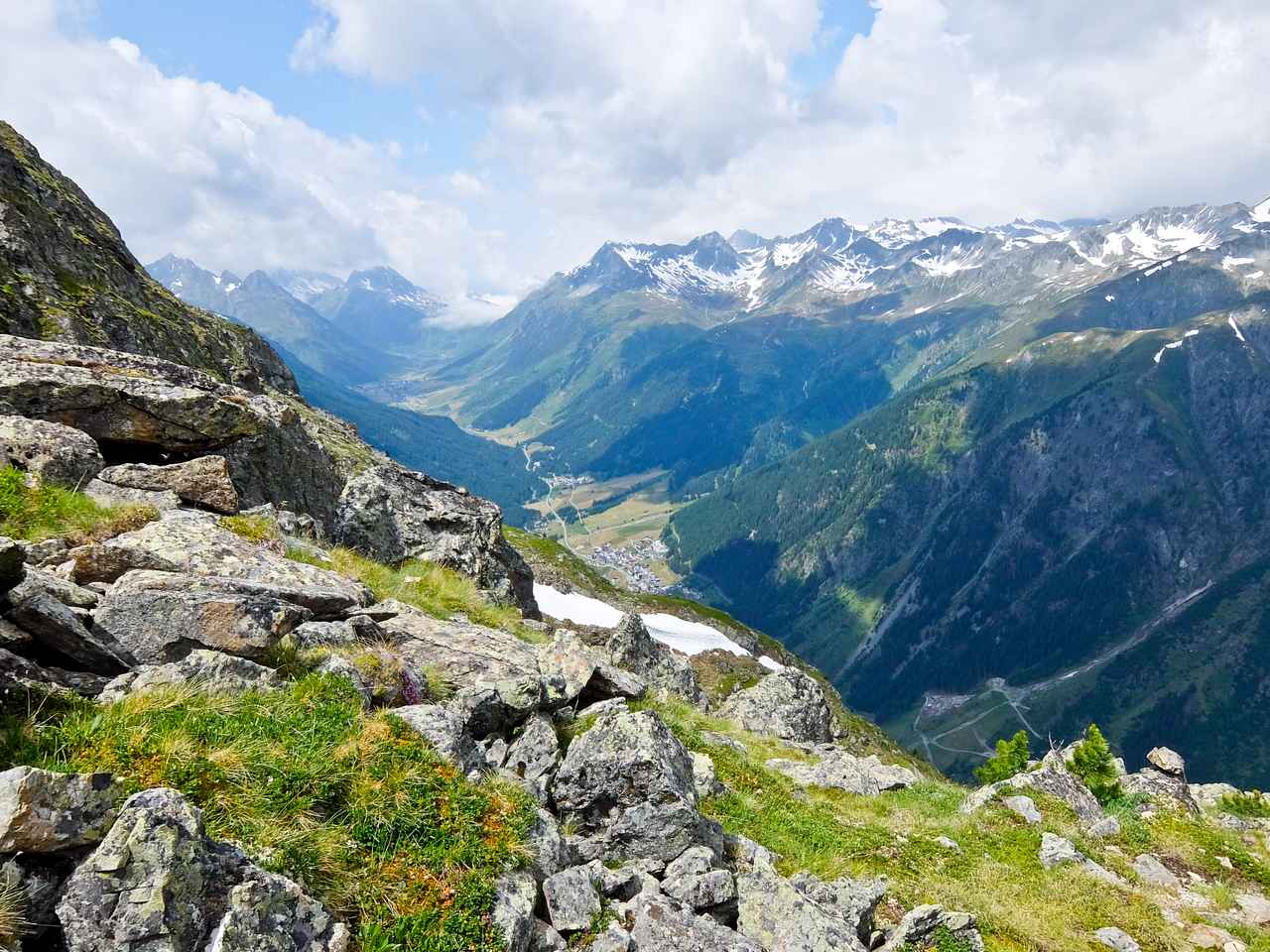 Now the real test. I decide to tackle part of the Paznaun High Route, a nine day Tyrolean hike, and visit the Friedrichshafener hut where Paul Ivić’s vegetarian dish is on the menu. I start with day 4, the “dream stage” which involves 7 hours of walking climbing up to 1800m, then descending 1600m to Galtür. There are glorious views of the valley but it’s fairly tough.

Next day is easier and is known as the “relaxation stage” as it only takes just under four hours. I climb up the other side of the valley, fairly steeply up 850m, to reach the Friedrichshafener hut where I’ll be spending the night. Now vegetarian food in Austria is fairly rare, and in mountain huts almost non-existent.

The scaled up version of Paul Ivić’s Egg on Fisser barley, with braised leek and cheese, is certainly ample fare for a hungry hiker and I settle into my dormitory bed feeling quietly satisfied.

Time doesn’t allow me to visit the other huts and sample the dishes there but the chefs have their reputations to look after so have done their own inspections. It seems that hungry hikers are more discerning than you might think and can’t get enough of this gourmet experience.

Note: If you fancy mountain fine dining, then you’ve probably missed out, as the snows are coming. But don’t worry, next summer another group of Michelin stars will be cooking up a storm.

FLY: EasyJet has direct flights from London Gatwick to Innsbruck and it’s then a 75 minute road transfer to Ischgl.

The Paznaunerstube in the 5* Trofana Royal Hotel has gourmet cooking by one of Austria’s top chefs, Martin Sieberer.

Austria’s Gault & Millau Chef of the Year 2019, Benjamin Parth, cooks in the Restaurant Stüva in the Hotel YSCLA.

TASTE: You can taste the chefs’ dishes in the five selected huts along the Culinary Way of St James until the end of summer, usually late September.

Paznaun-Ischgl has information about the valley.

Tyrol – Heart of the Alps has information about the region.

FREE PASS: Holidaymakers in the Paznaun villages of Ischgl, Galtür, Kappl and See receive the Silvretta Card which allows free use of cable cars, chairlifts and buses, swimming pools and water parks, museums and exhibitions during the summer.