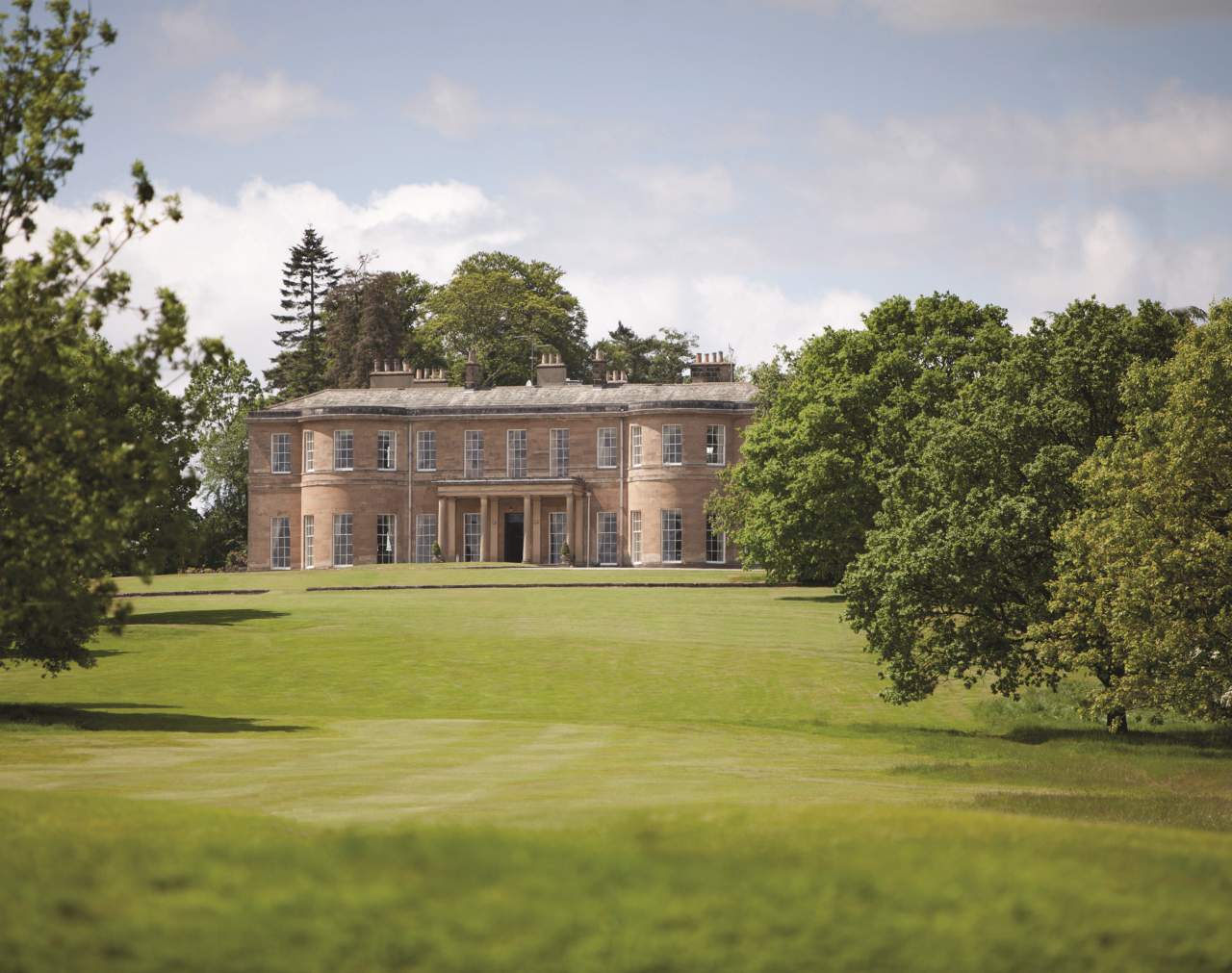 It might seem disproportionately grand to give your hotel the Latin motto Omnia Nobis Curare – especially when it means ‘we take an interest in all things’ – but in fact it seems entirely fitting for Rudding Park.

The hotel, privately owned by the Mackaness family, has been in the top three of TripAdvisor’s Travellers’ Best Hotels in the UK awards for the past decade and it is easy to see why.

For here it not just the major attractions – the beautiful Grade I Regency house, the 200 acres of grounds with their ancient trees and banks of dazzling rhododendrons and azaleas, the luxury spa, the immaculate 18 hole Hawtree golf course  – it is also all the little touches. The pillow menu, for instance; the foam letters in the bathroom making the names of six year-old guests; the edible flowers in the salad picked from the hotel’s kitchen garden.

The public spaces are an appealing mix of traditional and modern: a Perspex ‘bubble chair’ hanging beside the traditional library shelves; antique pictures alongside works by new artists. Down one corridor is a series of photographs of some of the big names who have stayed here: Mikhail Gorbachev, George Bush Senior, Desmond Tutu. We gave them a nod as we walked past, feeling by this time, pretty important ourselves. 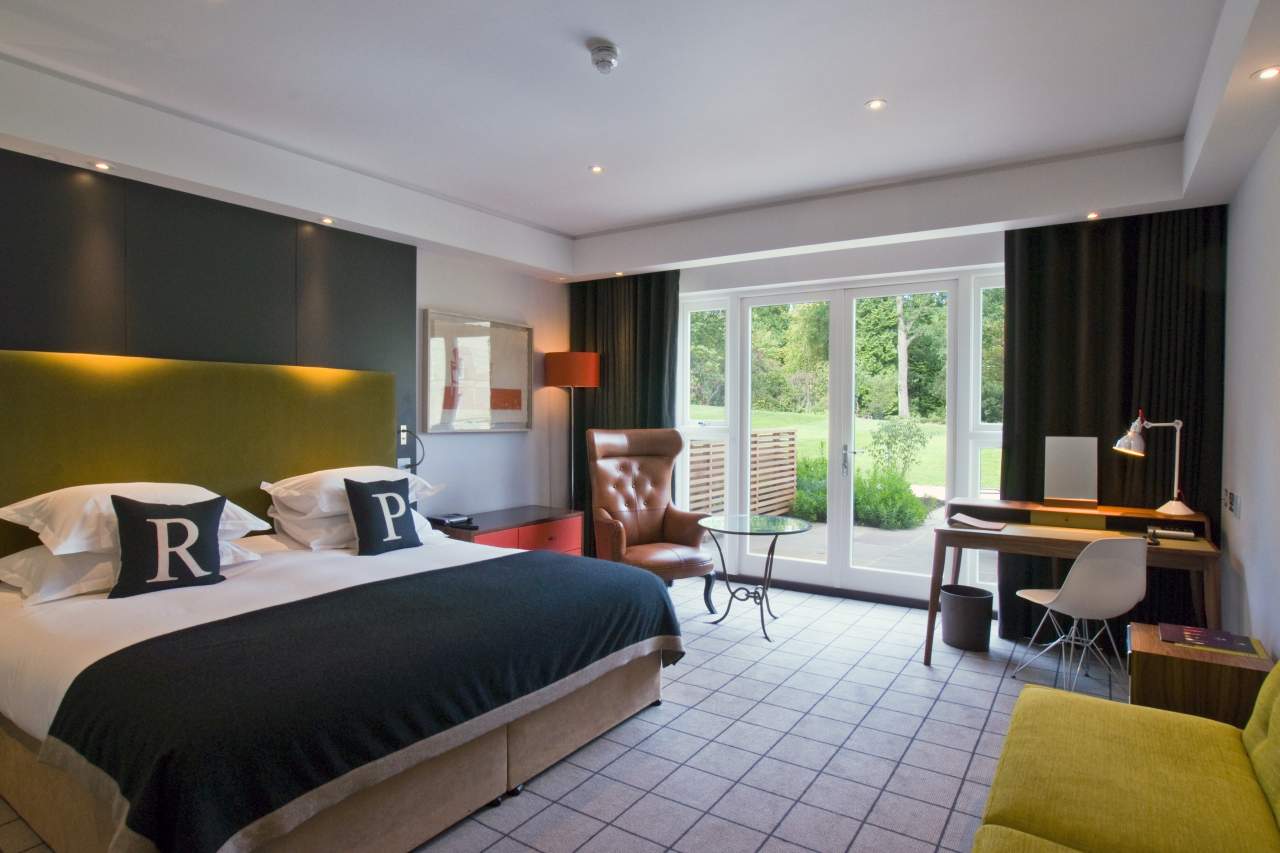 There are 90 rooms including eight suites, a family bunk room and four spa rooms where the bathroom will have either a spa bath, a sauna or a steam room. We stayed in the Follifoot wing, designed to harmonise with the main building but with cool contemporary interiors, so our room had a funky animal print sofa and minimalist style desk and bedside tables as well as a private balcony overlooking the gardens. All rooms have a 40 inch flat screen tv, a media hub, free wifi and Molton Brown toiletries. There are also eight luxury self catering lodges in the grounds. 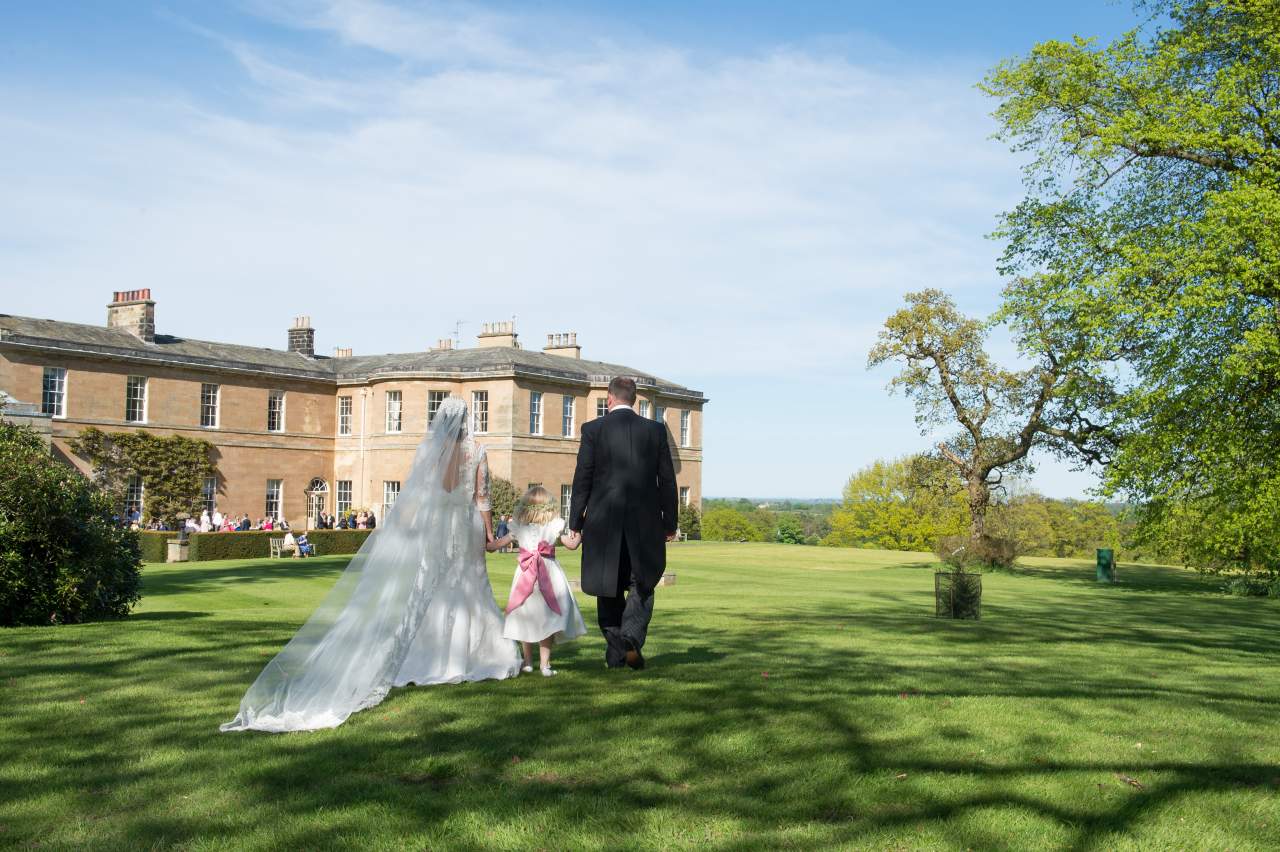 The hotel is suited both for no-excuse-needed chill-out escapes and for milestone birthdays or other big occasions. Families are welcome. 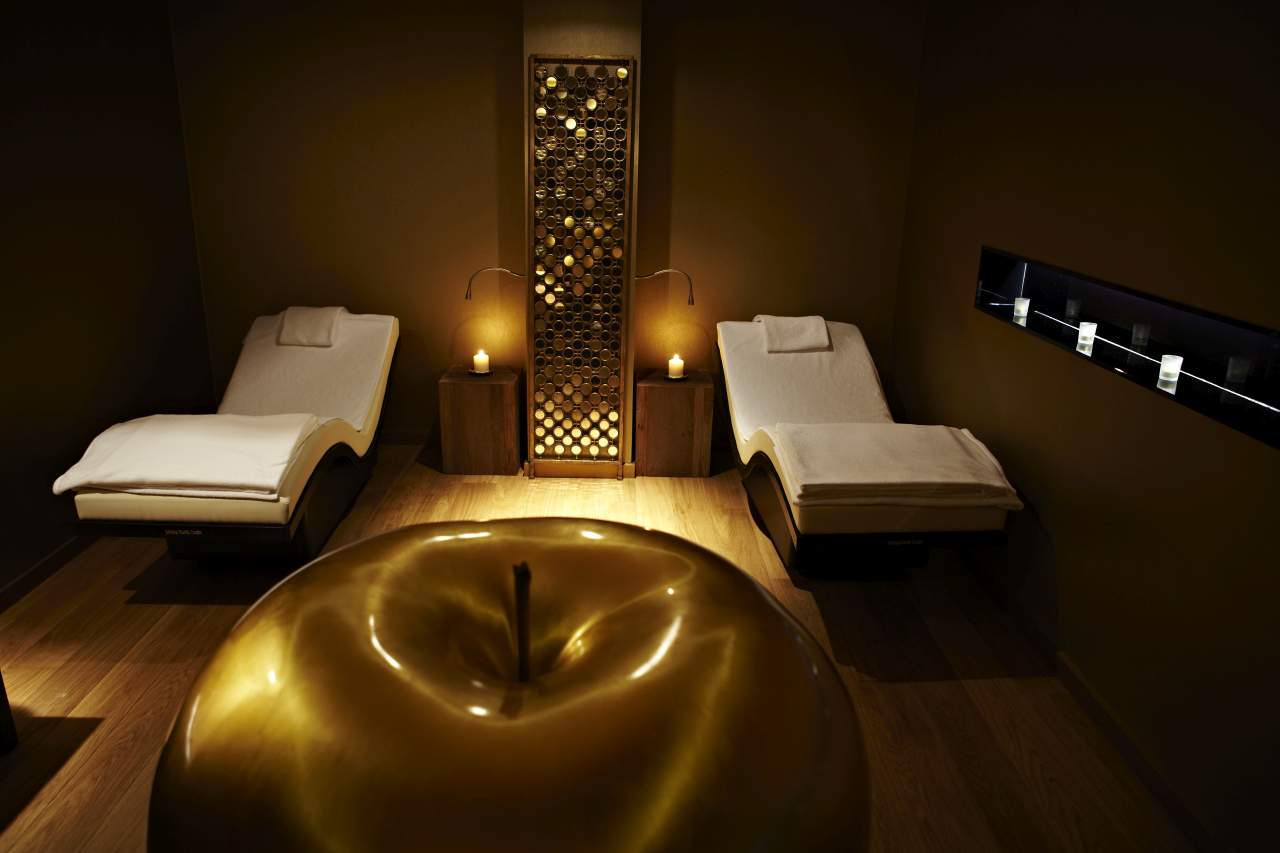 I had a fabulous spa treatment, the appropriately named Blissful Hamman Ritual which involved lying on a heated treatment table while my skin was cleansed, massaged and soothed with the  ila ‘beyond organic’ range. The spa which has a steam room, sauna and gym, also offers nine types of facial and a range of massages.

As well as the 18 hole course there is six hole Repton short course and a golf academy. There is also a 14 seat private cinema with regular ‘food and flicks’ evenings. 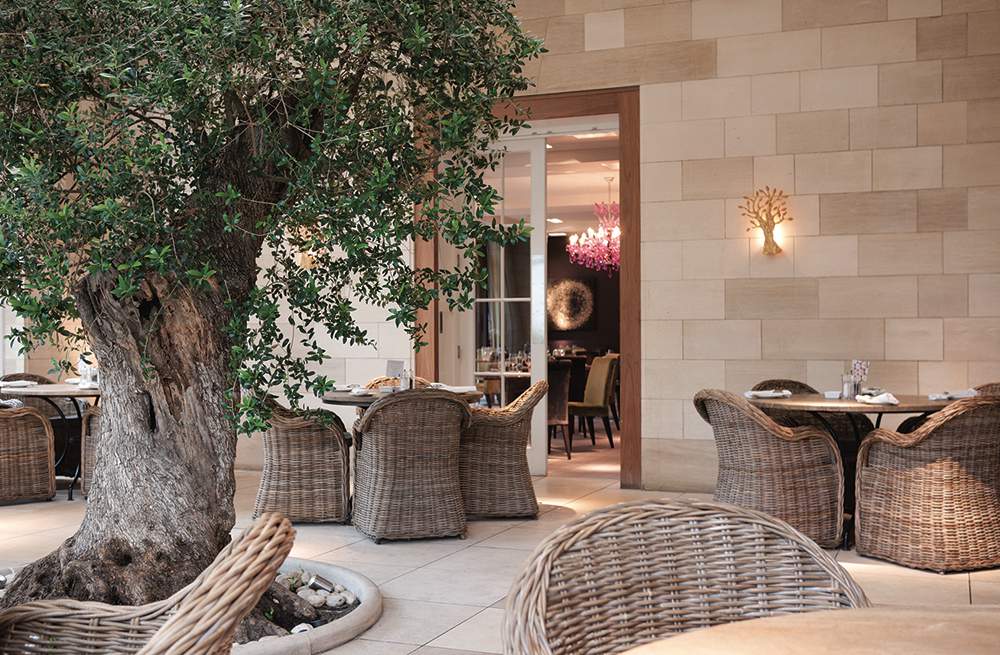 The Clocktower restaurant menu is imaginative and well executed with lots of locally sourced produce: Whitby crab, Harrogate blue cheese, venison from a nearby farm, wild garlic from the kitchen garden.  Steaks are a speciality so my daughter had an 8 oz fillet with béarnaise sauce while I had sea bass with asparagus, followed by blueberry steamed pudding for her and passion fruit crème brulee for me. The service was as thoughtful and attentive as the food was yummy. For breakfast she chose the full Yorkshire fry while I had a kipper, again from Whitby. If we’d stayed longer we could have tried out the pop-up restaurant Horto set up across the parkland and offering a summer tasting menu based on what’s been growing in the kitchen garden.

Rudding Park is just three miles south of Harrogate so well placed for visits to York, Knaresborough, Bolton and Fountains Abbey, the latter now a World Heritage Site, as well as the town itself which has elegant parades, smart shops, pretty parks, the restored Turkish Baths and the famous Betty’s Tea Rooms with their signature Fat Rascal teacakes.

Prices for dinner, bed and breakfast range from £175 for a single room and £224 for a double to £490 for the most luxurious double suite per night in high season.

Getting the best for your brass (as money is called in Yorkshire) is a point of principle in this part of the country and one that Rudding Park obviously shares. Particularly good value spa and golf packages.

Sicily – A no nonsense tourist guide