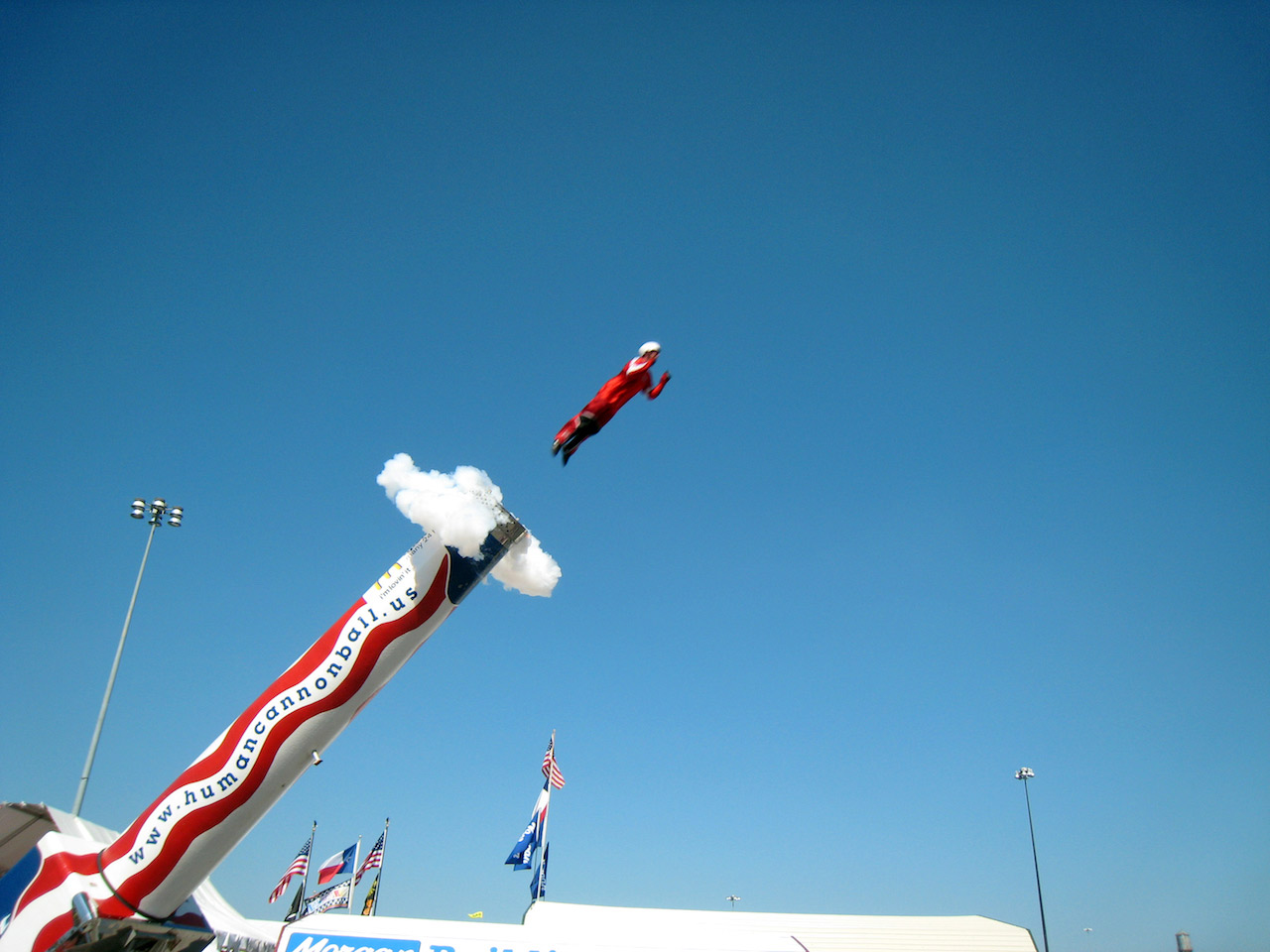 A Human Cannonball has been added to the this year’s Bestival music festival line-up for the first time ever in the UK. The daring circus act iinvolves acclaimed Human Cannonball, Rodrigo Pérez, flying up to 25 metres through the air after being fired from the barrel of a custom built cannon.

“Firing yourself out of an enormous cannon takes a man of a high calibre” says Rodrigo, who is following in the flying footsteps of his Uncle.

“Luckily, I’m a cannonball kind of guy. Come and be amazed as I shoot through the sky, flying over your crazy, smiling faces.”

The annual music festival, which takes place at Lulworth estate in Dorset, has chosen the circus theme this year to celebrate 250 years since the circus first came to Britain.

Rodrigo is one of several circus acts expected to perform at this year’s Bestival, including sword swallowers, acrobats and mutant jugglers.

Bestival founder, Rob de Bank, added “in my other life as Ringmaster Robby I’m pretty darn excited about having a Human Cannonball flying across the Lulworth Estate in August. Rodrigo is the best in the business and will not disappoint. Watch ya heads!”

Bestival is taking place from Thursday 2 to Sunday 5 August, with weekend tickets starting from £149 per adult.