Hunting for truffles in Istria, Croatia 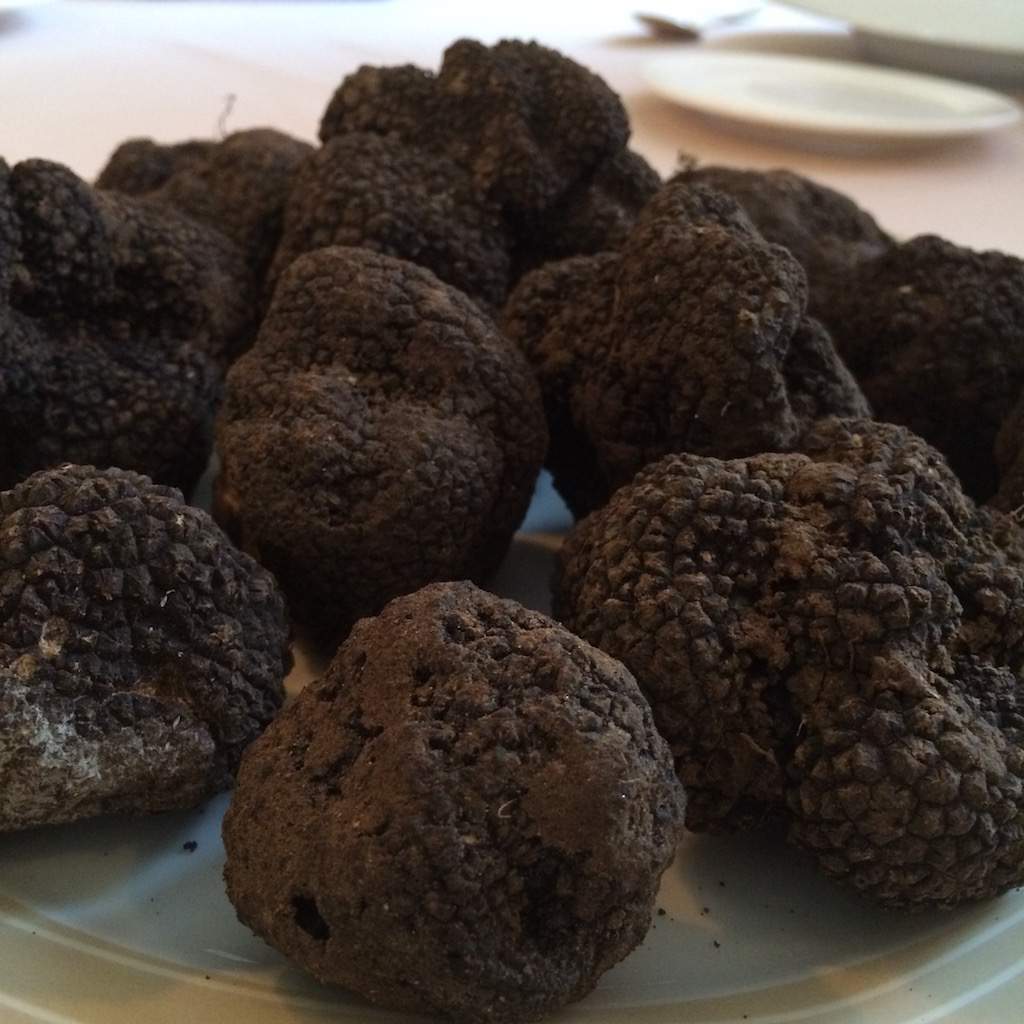 The Landrover 4×4 dived off the main road and into the Istrian countryside. Our off-road adventure to locate and sample one of Istria’s most sought-after exports, the mighty ‘Truffle’, had begun. Our guide translated what our driver meant when he raised his thumb in the air for the benefit of all seated behind. “This means hold on very tightly, we will be going over some heavy ground,” he mumbled. Being right at the back on a fold down seat meant being thrown around like a Rodeo rider on a bad-tempered bucking horse. Whilst being adrenalin-fuelled fun this was not the best way to admire the serene beauty of Northern Croatia.

During September the skies are still blue, the landscape remains verdantly green even after a hot summer and there is an autumnal freshness in the air. Our jovial Croatian driver was instructed to, not only drive faster the worse the terrain became, but also take us to some of Istria’s most beautiful hilltop villages. Fabulous Venetian style buildings stood derelict yet magnificent in decay. Glimpsing through arched windows revealed peeling frescos on the ceilings of empty rooms. Narrow cobbled streets wound their way toward the town church that looked out over some dramatic landscapes.

Istria has been characterised as the ‘new Tuscany’; with Venice just a short hop across the Adriatic this part of Croatia is very popular with Italians yearning for a feeling of Italian style towns of yester year. Pula is the regional capital and home to a 1st Century Roman amphitheatre that is the sixth largest in the world.

Pula amphitheater (or "arena" as they call it here) = over 2000 years of history. #ShareIstria pic.twitter.com/jWcos1f9BA

Istria is often divided into 3 regions by colour; red, white and grey. The bauxite rich red soils of the vast flat coastal areas are fertile and support many vines and olive groves. White Istria is the region of high altitude limestone valleys and is where many villages or hilltop forts can be seen. Grey Istria has thick heavy sticky soils where the truffle grows.

The truffle season runs from the end of October to early December, during this time an army of 3,000 hunters with specially trained dogs search around the forests of Oprtalj, Livade and Buzet.

Our truffle hunt had turned into admiration for a real ‘truffle hunter’, by the name of Giancarlo Zigante (and his dog Diana) who found one of the largest truffles in the world, near Buje. Weighing in at a hefty 1.3kg, it is recognized by the Guiness book of records.

Inside the entrance to Zigante Restaurant stands a wooden plinth, hosting a replica of his unique find, sprayed in gold to leave no doubt in our minds of the value of this edible gem. The nearest our group came to searching for truffles, was to enjoy the delicious shavings within the starter, main and dessert courses of our meal.

The forest behind the restaurant is real ‘truffle country’. We were informed that the hunters are very protective of their ‘truffle’ forests and will show short shrift to potential poachers. On that basis it was a good moment to depart for our final destination of the day, the coastal town of Rovinj.

Perched on a narrow peninsula of white stone and with just 13,000 inhabitants, Rovinj is a small but perfectly formed coastal town whose history has been influenced by the Romans, Byzantines, the Franks and Venetians. Shuttered windows, narrow cobbled alleyways with washing hanging between buildings, and a busy harbour area, infuse a Mediterranean lull to the place.

The highest point in Rovinj is the Baroque Church, St. Euphemia (the patron Saint of the town). Rising to the summit of the bell tower reveals an exhilarating vista of the Adriatic coastline. Just as dramatic is taking a boat out of the harbour to witness the rows of pastel coloured town houses reflected in the sea and their terracotta-roofs rising like steps toward the church tower that dominates the peninsula’s skyline. As the town merges into the landscape, a boat trip around the archipelago of islands and islets is a must, as is a visit to the ‘Lim Fjord’ (location of the Dirk Bogarde film ‘The Vikings’ from the 1970’s) that reveals deciduous trees on one side of the channel and evergreen on the other. Palaeolithic culture, in the form of St. Romauld’s Caves is also a feature of the ‘fjord’, as are the fantastic fish restaurants located at the far end of the waterway.

As the sun slipped peacefully into the Adriatic, Valentino Bar was the unique place to admire the sunset and enjoy a cocktail on the rocks. Literally seated on a rocky outcrop with cushion, cocktails and candelabras for company provided the perfect way to end the day.

Ramy Salameh stayed in Rovinj at the luxury Monte Mulini Hotel, the first 5* rated hotel in the area. He flew direct Ryanair from London Stansted to Pula.

Mobile roaming charges within the EU drop by 36%