Isle of Wight – Britain’s own island in the sun 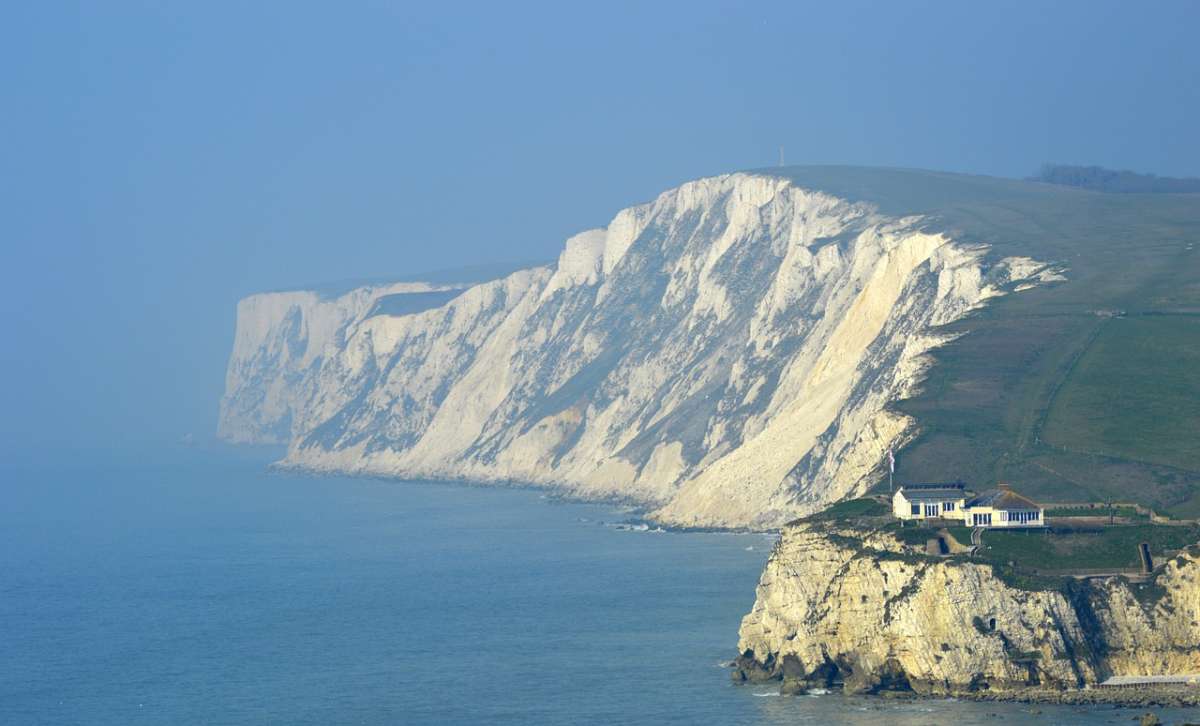 The Isle of Wight can best be described as Britain’s Own “sunshine island” with temperatures and sunshine not only amongst the best to be found in the UK but often warmer than places such as Corfu.

This was what I found at the end of May when the local radio station proudly announced on my third day that temperatures would be hotter than islands in the Med!

It was a nostalgic return visit for my wife and I having last visited the Isle of Wight 34 years ago.

What dramatic changes would we find?

Would the island be as “inviting” as we had found it way back in the 1970’s. The answer was simple. It was as nice. There had not been too many changes although admittedly there were a few more cars! But one of the joys of the Isle of Wight is that traffic is to some extent “regulated” by space on the three car ferry routes linking the island with the mainland.

The character of the charming small villages scattered throughout the island remained unspoilt. Traditional English tea gardens with cream teas, home made cakes and teapots with “proper” cups and saucers. None of your cheaper, plastic rubbish here!

Godshill with its thatched cottages, tastefully presented visitor shops and “village in miniature” attraction remained a firm favourite and required three separate visits during the week!

The coloured sands of Alum Bay and The Needles had to be a “must” for an all-day visit to the furthermost southerly tip of the Isle of Wight. To work off those “extra inches” added from the cream teas we decided to walk both down and up the 189 steps from the top car park to the beach. For those looking for easy access there is a fairly modern chair-lift which was good value at just £4.00 return. We found you could no longer collect your own coloured sands at beach level but instead had to go to the shop, purchase a container (of various shapes and sizes) and fill your own from tubs of the different colours. You can also purchase ready-filled shapes for little extra money.

One surprising change on the island, possibly due to climate “warming”, was two vineyards. We visited Rossiters on our return drive from Alum Bay as it was conveniently located between Freshwater and Newbridge and were offered a tasting before deciding which – if any – of the red and whites on offer.

From German Dornfelder Red to Madeleine Angevine (1859) there was a good choice to be found and although best described as “young” the wines were quite acceptable and we returned with a “few” bottles! I suppose finding wine on the Island should not have come as that much of a surprise as the Romans were here nearly 2,000 years ago. There is an extremely interesting Roman Villa to be found at Brading and as the Romans enjoyed their wine I could well understand why!

Families will not be disappointed if selecting the Island for their family holiday. With clear blue sea water; famous golden sands; two zoos and numerous attractions on the Piers at resorts such as Sandown and Shanklin, there is sufficient to keep the youngsters happy. 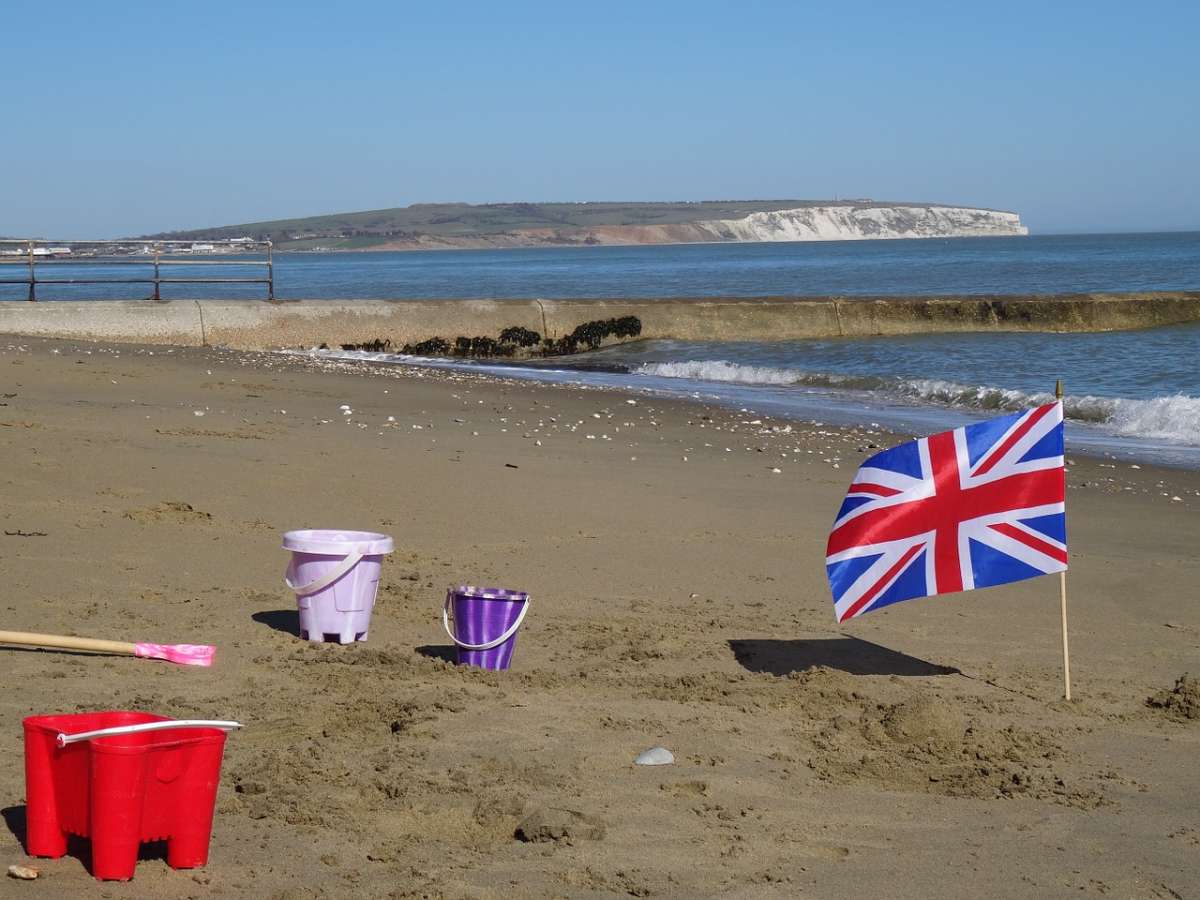 For steam railway buffs there is the enchanting steam railway and museum at Haven Street and its runs daily from mid-June until mid-September with special days before and after these dates. The track runs from Wootton to the mainline connection at Smallbrook Junction and is a memorable trip back in time. 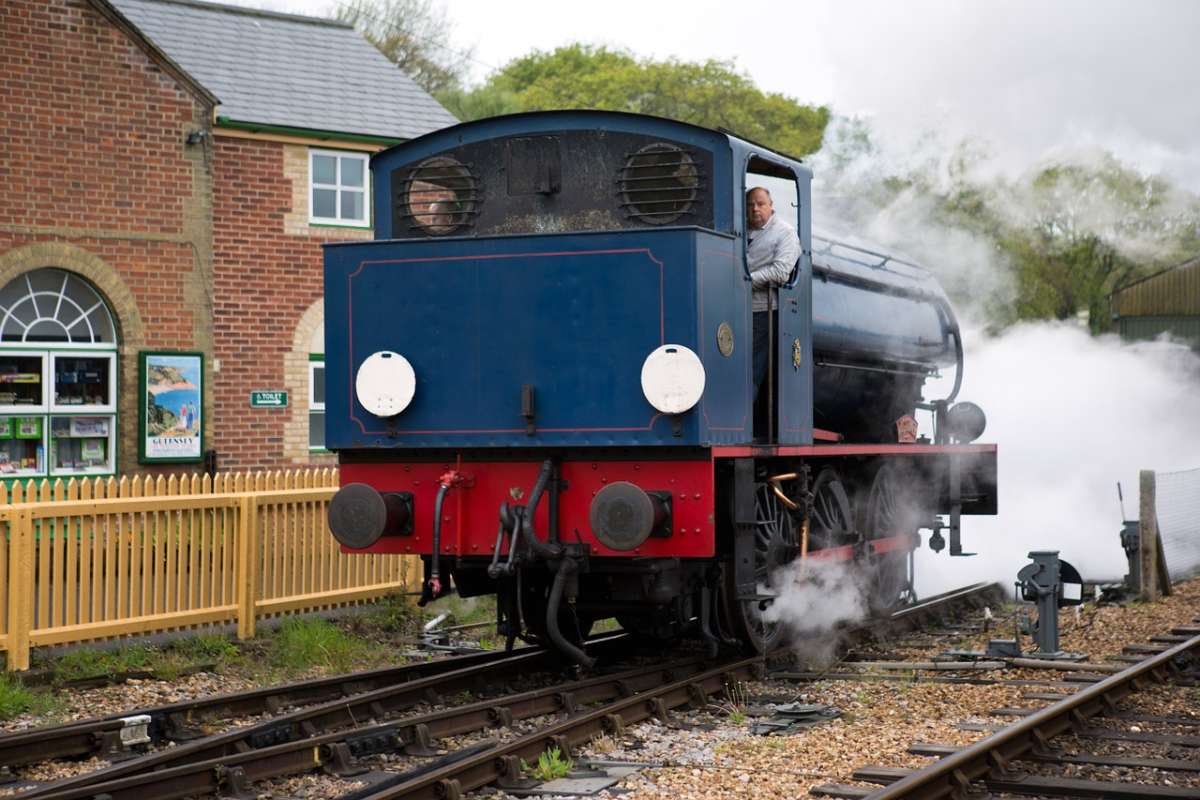 For gardeners amongst you the island has plenty to see and a visit to the Garlic Farm at Newchurch is a “must”. No fewer than 40 different pickles and relishes all made from garlic produced on the farm and you can also take home your own garlic growing pack.

My wife and I stayed at Sandown at St. Catherine’s Hotel [Editor’s note 18 March 2016: this hotel is no longer trading]; just 10 minutes walk from the seafront but located in a quiet part of town with the advantage of having its own car park. Food was excellent and en suite accommodation could not be faulted. After a filling three course dinner it was nice to leave the car behind and walk down to the promenade for some refreshing evening air before retiring for an excellent night’s sleep.

A visit to the Isle of Wight would not be complete without a visit to Queen Victoria’s favourite summer retreat – Osborne House – just outside Cowes. From the car park we took a horse-drawn carriage ride (only 0.50p each) to the main residence and spent an intriguing three hours visiting the various rooms and gardens. It was quite an eye opener to catch up on the history of Queen Victoria, her large family, and how and where various “off-spring” had ended up. 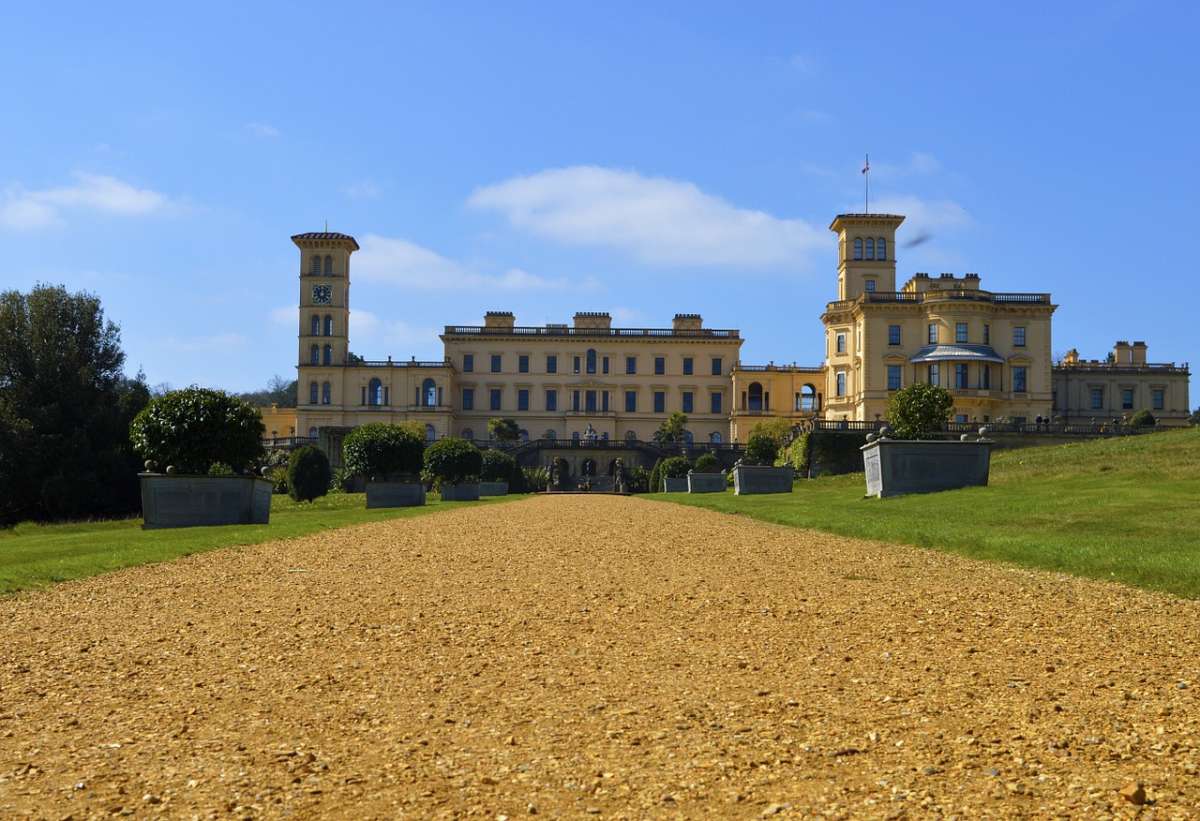 We had chosen the ferry route between Southampton and East Cowes and it was a sad moment when it was time to depart on the Saturday. But the hour-long crossing of the Solent and up Southampton Water gave us plenty of time to reflect on the numerous fascinations the Island holds.

And guess what. As we came into Southampton (West Quay) it was RAINING! And we had just spent a glorious seven days in sunshine and temperatures in the upper 20’s!

Walnut Wine and Truffle Groves: Culinary Adventures in the Dordogne