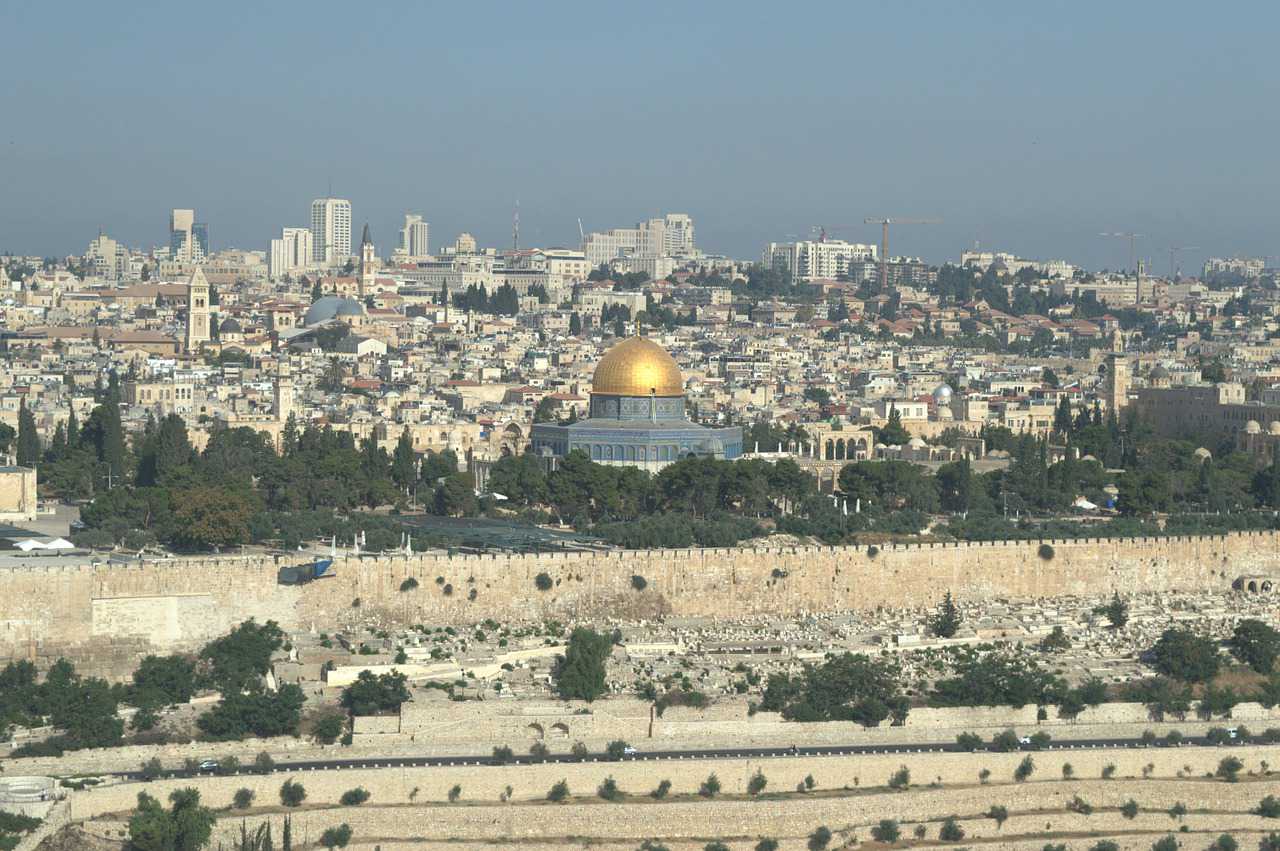 Jerusalem, the only destination on Earth where the three monotheistic religions – Judaism, Christianity and Islam – combine to create a spiritual atmosphere like no other.

Jerusalem is neatly divided into four quarters and we started our path in the Jewish quarter. Our first destination was the iconic Western (Wailing) Wall in the Old City. There are many gates into the Old City and we entered via the Maimonides Gate, passing through airport-style security towards the wall. 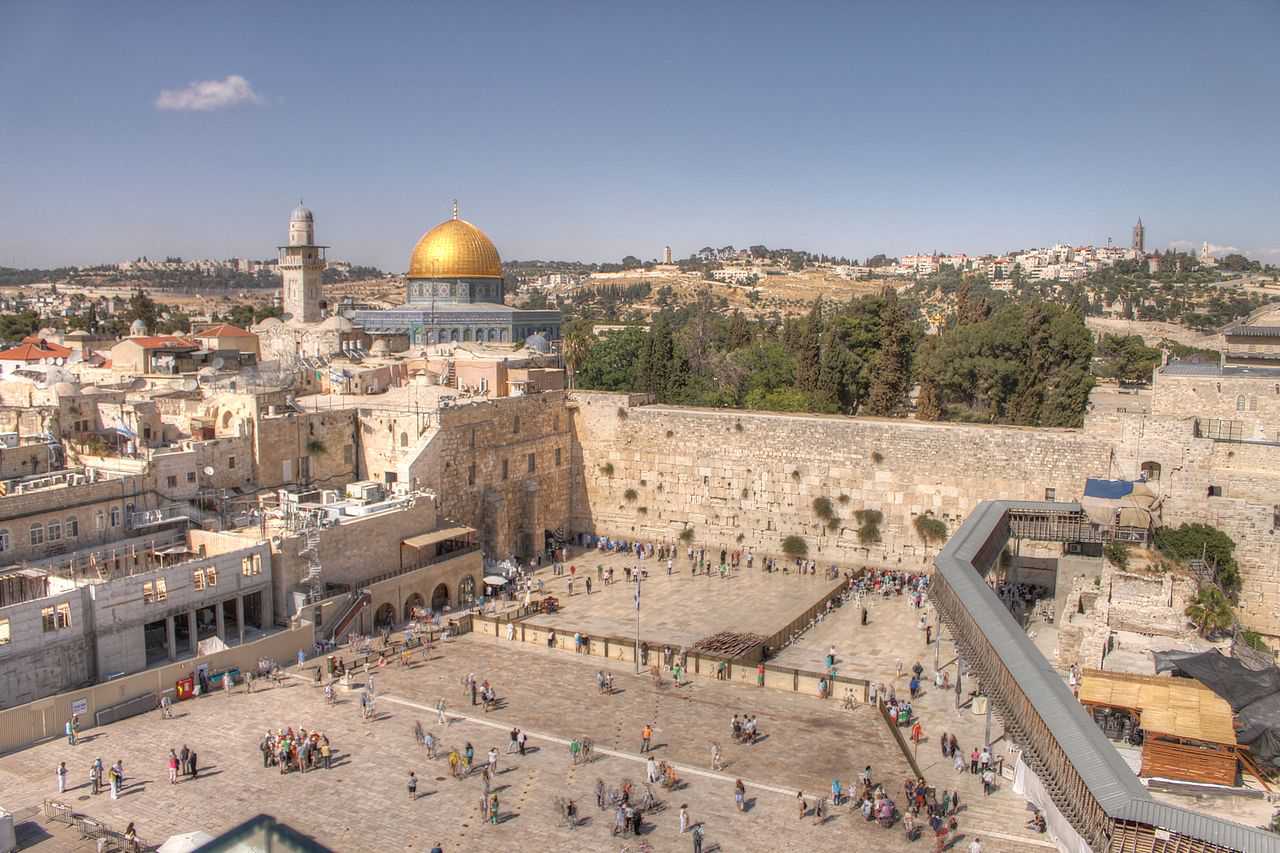 King Solomon built a temple to house the Ark of the Covenant, so revered by Jews, in 516 BC. It was destroyed by the Romans in 70 AD and this wall is all that is left today. Jews (and others) come to pray in front of it, often squeezing hand-written notes asking for fertility, money or health, into any chink they can find, hoping for a direct line to their god. The woman next to me told me she was praying for her hair to grow back after chemotherapy and my heart broke. If ever there was a monument to humanity’s deepest despair and most heartfelt desires, this 2000 year-old stone wall is it.

Looking down at the ground at the foot of the wall I saw hundreds of messages that had fallen out as new hopefuls add their memo. None are destroyed as these are later buried by the wall-keepers. It’s all very beautiful yet I found the atmosphere to be heavily sombre.

This is also the site of the world’s oldest mosque, The Dome of the Rock (built in 691 AD), sacred to Muslims. Muslims believe that it was from this spot that Prophet Mohammed ascended to heaven. I could see its golden dome shimmering for recognition in the afternoon sun while I said a few words to whichever god may be listening. 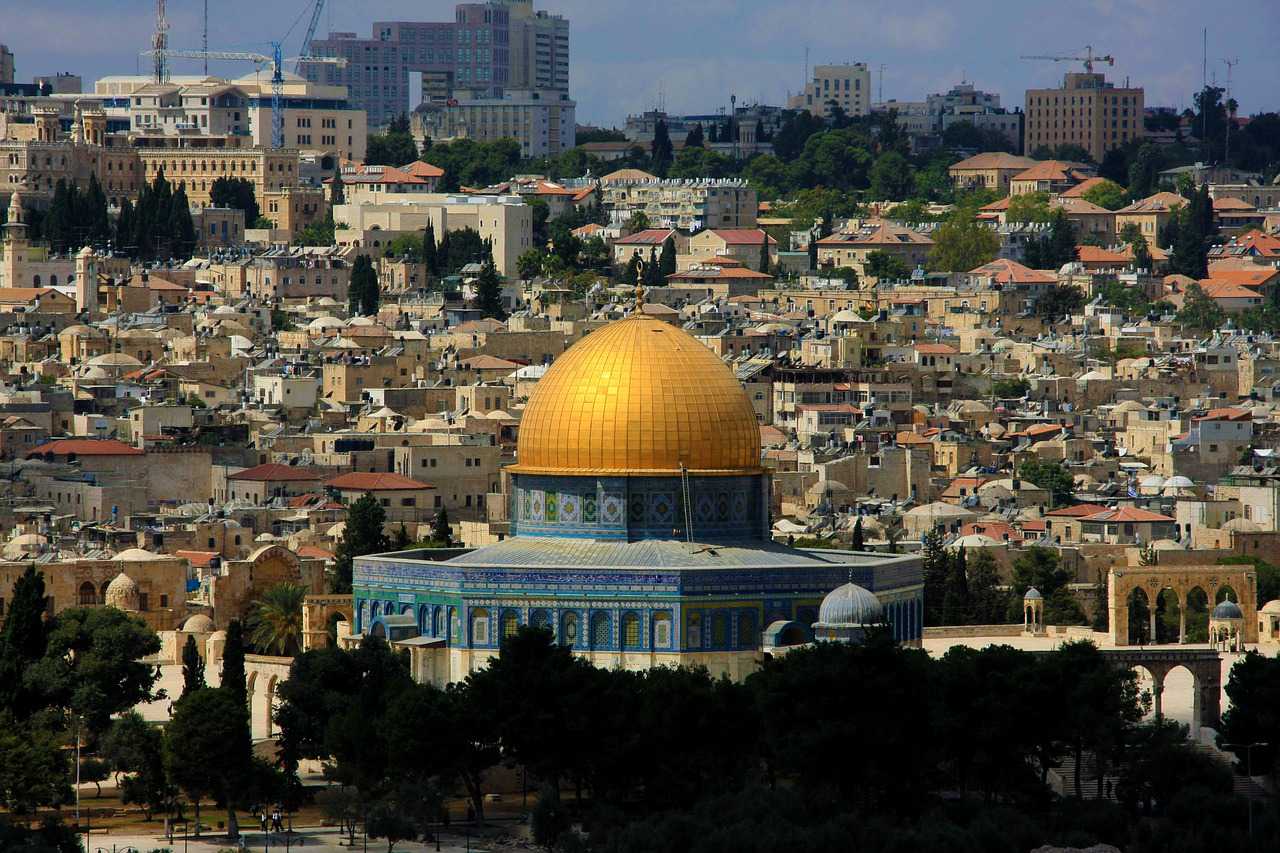 Dome of the Rock (c) pixabay/xxoktayxx

When I walked away from the al fresco prayer plaza beyond the railings, I saw a priest animatedly arranging his congregants (Polish pilgrims) for a photo opportunity, excited to have the wall as the backdrop. I went to take a picture of the scene, and when he spotted me he spontaneously struck a delightfully jocular pose.

I saw this earthly shepherd and his flock again later at the Via Dolorosa (the 14 stations of the Cross), leading them along the winding route that Jesus took from his trial to the site of his crucifixion.

Entry to this most sacred church is a humble brown door, but just steps into the interior is a stone slab set above ground level known as the Stone of Anointing. This is said to be the place where Christ was prepared for burial and I watched as faithfuls lovingly kissed and caressed the stone in reverence.

All denominations conduct their own services in various parts of the church. I witnessed the Catholic service which is held at the central dome. Congregants were dispersed to the sides to make way for a parade which, to my amazement, was headed by my jocular priest who winked at me as he walked by. 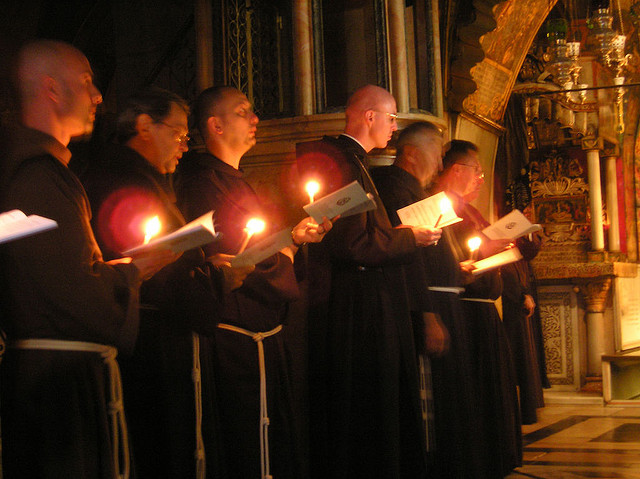 Despite the Muslim/Jewish tensions that reside alongside the locals, it is gratifying that on ground level, it’s business as usual.

I milled around the shuk (Arab market) and rummaged through gold trinkets, garish scarves and hookas.

Later, in hillside shops, I joined Jews, Christians and Muslims in the fine art of haggling and came away with a couple of bargain pieces of jewellery. The day ended at an open air café where I mingled with all manner of Israelis enjoying Turkish style coffee as Chasidic Jews in full regalia walked by. In the background I could hear the muezzin call Muslims to prayer from a nearby minaret.

Jerusalem has three must-see museums – The Israel Museum comprising nearly 50,000 square meters and a six-acre sculpture garden brings together centuries of historical artefacts – a major draw being the Book of the Shrine and the Dead Sea Scrolls. Outside there is a model of what the city looked like during the time of the temple. The Bible Lands Museum which tells the story of 3,000 years of the city’s existence through archeology.

The third, perhaps the most heart-wrenching, is the International Holocaust Museum.

Leaving Jerusalem in the early evening meant emotionally preparing for the bright lights of the modern seafront city of Tel Aviv. As we were departing, our driver stopped so that we could take in the hill-top vista over Jerusalem whose ancient creamy stone buildings, all the way down to the bottom of the hill, were by now, bathed in the golden-red hues of the setting sun.

It brought to mind a Babylonian Talmudic description “Ten measures of beauty were bestowed upon the world; nine were taken by Jerusalem and one by the rest of the world.” You have to see it to believe it.

Where to stay in Tel Aviv: David Intercontinental Hotel

Where to stay in Jerusalem: King Solomon Palace Hotel

The Egged bus service that stops at all the major sightseeing attractions in both cities. In Jerusalem, the Route 99 runs a two-hour hop-on, hop-off serivce loop passing through East and West Jerusalem.

Since 2012 a light rail system has been in place which travels along an 8.6 mile track with 23 stops between Mount Herzl in the southwest and Pisgat Ze’ev a Jewish surburb in the northeast.

Princess Cruises announce the launch of Majestic Princess in 2017