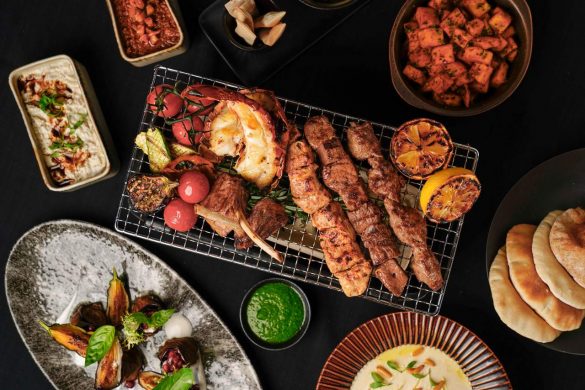 A brand new Armenian restaurant, Lusin, has opened in the heart of London’s Mayfair bringing unique dishes and flavours to tempt the palate.

Lusin (which means moon in Armenian, a symbol in the Armenian culture) was first launched in Riyadh, Saudi Arabia, in 2011, where it has done very well. Kofi Annan, Secretary-General of the United Nations (UN), was a fan.

Now in the heart of Mayfair, the menu is a selection of Armenian and Levantine fusion food with the odd nod to Eastern Europe. I was looking forward to being gustatorily dazzled by this ancient food style when I heard that dishes were curated by Armenian cookbook author Madam Anahid Doniguian who wrote “Yepelou Arveste”, and chef Marcel Ravin. He runs the two-Michelin-starred Blue Bay restaurant in Monaco.

In case you are wondering where Armenia is, let me enlighten you. This former Soviet Republic lies just south of the Caucasus mountains and borders Georgia, Azerbaijan, Iran and Turkey. It is where singer Cher and the pervasive Kardashians come from. 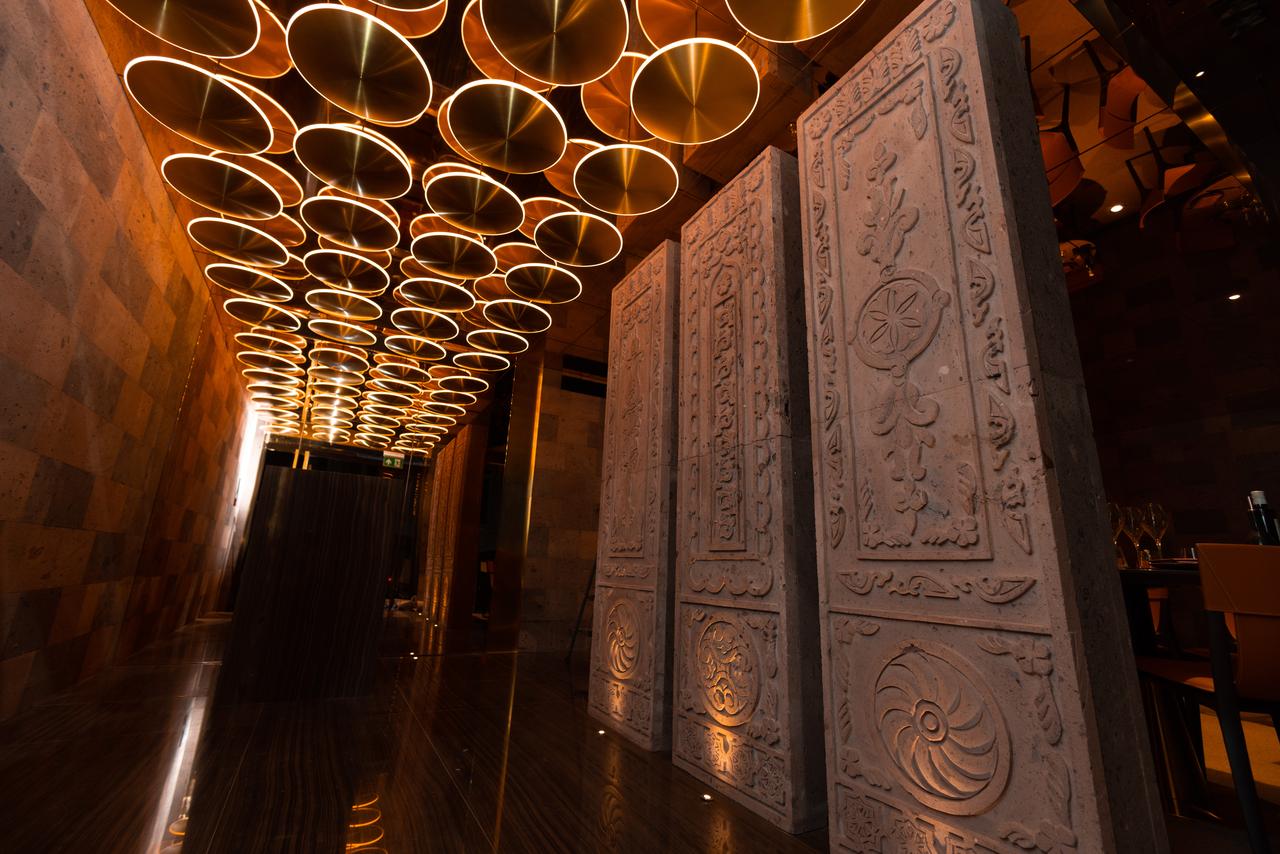 Three  pillars that have hand-made carvings.

The stylish restaurant on Hay Street has 100 covers arranged over two floors and exudes Armenia. The entrance showcases three impressive pillars with carvings resembling Armenian Khachkar, symbols and signs from the “Tree of Life” to the “Eternity” symbol.

Architect Maram Seddiq designed the interior. The walls feature Armenian Tuff Stone, which is originally sourced from the Armenian Mountains, in four colours: pink, violet, black, and anti-tobacco. Dimmed lighting, the delicate hues, and the tinted round mirrors hanging from the ceiling make for a cosy ambience even though this is a spacious restaurant.

Somewhat incongruous is the loud house music. I would have preferred Armenian or Middle Eastern background music to finish off the rather lovely Armenian style.

Then, it was the signature Lusin Kibbeh a stable of Armenian gastronomy. Prepared with mixed meat, bulgur and nuts, seasoned with distinctive Armenian spices and savoured with pomegranate molasses. It was sumptuous.

The cherry kebab arrived. These are charcoaled kebab skewers covered with the signature homemade cherry sauce. Sour Cherries are sourced from Armenia, after picking season around June-July of every year, and cooked to add sweetness to a distinctive mixture of sweet, sour, and salty flavours.

Of course, it would not have been right to miss out on skewered meat. I really enjoyed the soft, moist chicken skewers and juicy lamb chops, which came piping hot, aromatic and well-herbed.

For dessert, I tried a most unusual pomegranate eclair that was creamy with an unusually tangy finish.

There are plenty of exciting dishes to try, and I noted that next time it will have to be the Saffron Scottish mussel ragout and the Lavash baked seabass with sundried tomato.

There are ample drink options, including cocktails and Armenian wines, yet I just sipped Charles Heidsieck champagne all night, toasting the unusual and rather delicious food that reached my palate.

Verdict: Lusin says their mission “is to evoke a sense of beauty with this cuisine, through an inspired rich atmosphere, taking the guests on a journey celebrating old traditions and introducing new tastes”. Have they achieved this? Yes, almost. The Kardashians would do well to visit.