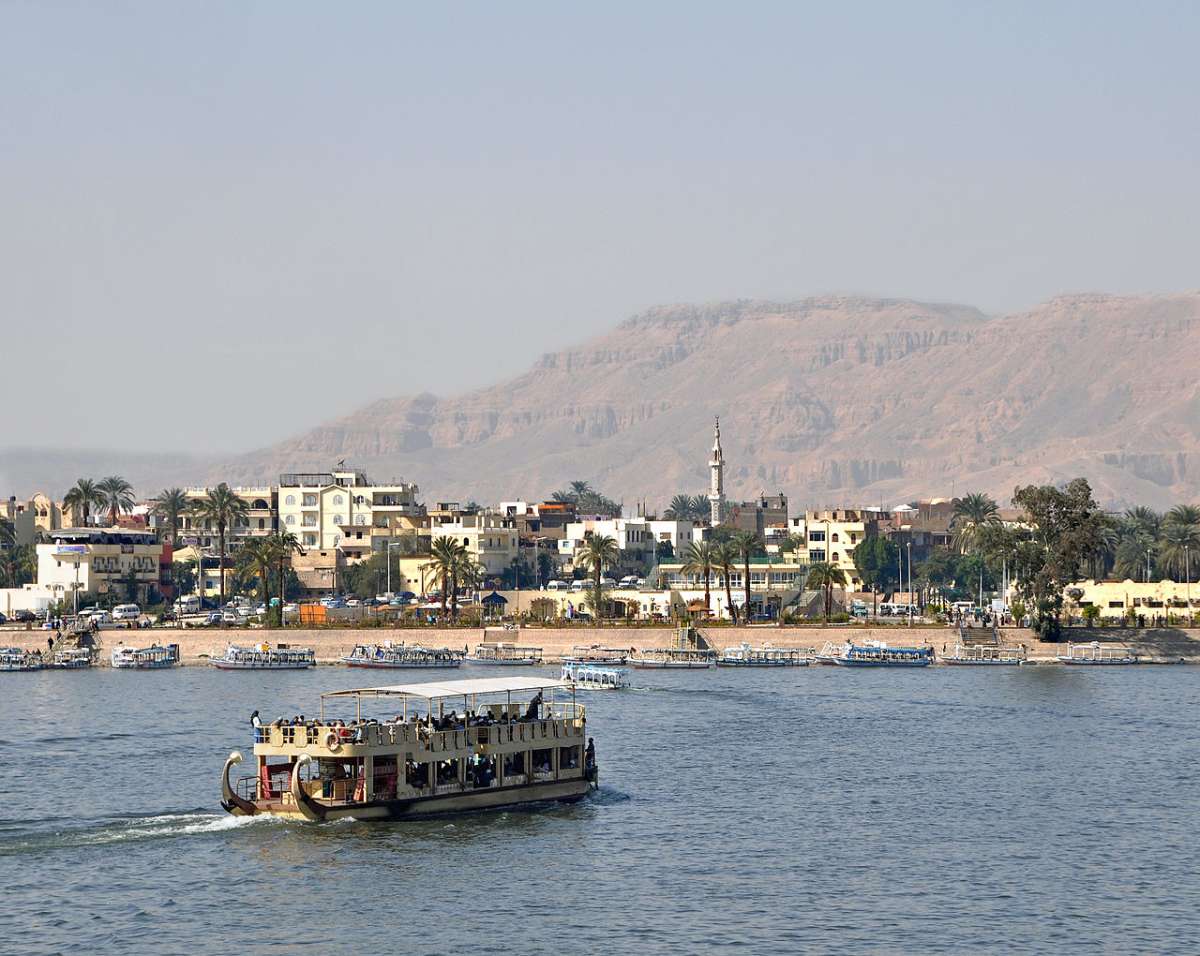 I have always wanted to discover Ancient Egypt, to see the sheer scale of the great sites, such as Karnak – some 60 acres in size – for myself. There’s 5,000 years of history to discover, building techniques, mummification processes, the meanings of hieroglyphs and the extraordinary complexities of the Ancient Egyptians’ religion with all its divinities, sacred animals, obsession with and preparation for life after death. It’s spellbinding.

However, holiday-makers have been steering clear of Egypt recently and the shooting down of the Russian plane last November though hundreds of miles away in Sinai has meant numbers plummeted even further, down by as much as 90 per cent. What’s more, out of the 350 cruise ships on the Nile only 70 are currently sailing.

Nevertheless, I boarded one of them – the five star vessel the Oberoi Philae. On the flight to Luxor and transfer to the ship everyone was desperately keen to stress their security measures: the bank of cameras in a control room in Luxor which scan almost every inch of the place (one foiled an attempt to put a bomb in car park last year); the guards on every Egyptair flight, the sniffer dogs, the scanners, the barriers at hotel grounds and attractions. 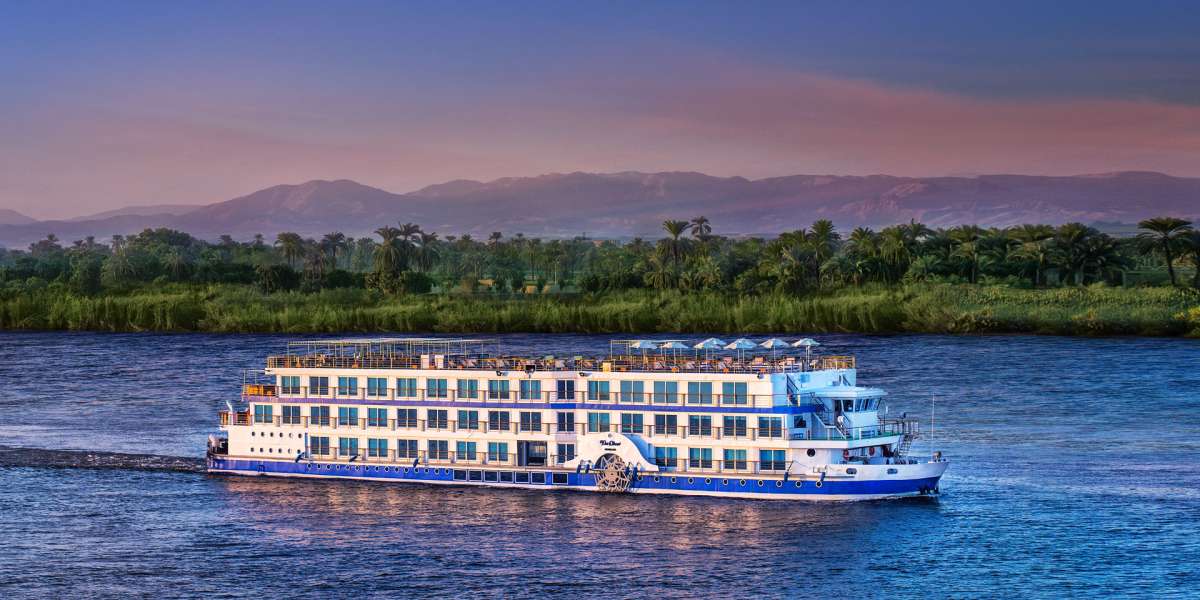 No guarantees can be given of course and the bizarre hijacking a month ago did not help the situation but it is worth remembering that the Foreign and Commonwealth Office does not advise against travel to Egypt’s main tourist areas. We all felt safe but we also felt sorry for all those welcoming strangers who begged us to tell people to please come to Egypt.

I was glad I did. Tarek our guide talks about the origin of the phrases light-hearted or blue-blooded or where the idea of haloes came from or who decided on circle with a cross on the bottom as the symbol for a woman? The answers, he tells us, may come from ancient Egypt.

After death, a person’s soul was weighed against a feather, bad deeds would weigh it down, good ones buoy it up. Divinities were painted blue hence an association over the years with high rank. They were also depicted with the sphere of the sun god Ra on their heads which Christians, hiding from Roman persecutions in the old temples, might have adapted for their new religion. And some academics think our sign for the female came from the ankh, the symbol of life and birth.

Perhaps one of the most astonishing aspects of ancient Egypt is how contemporary they were. They practised advanced dentistry, obstetrics  and orthopaedics, who had female rulers as well as males and drew pictures with such simple lines that they were Picasso-esque. They also built extraordinary constructions to which today’s engineers still pay their respects.

Karnak has massive stone temples, giant statues, huge obelisks. The hand of one fallen statue currently being reassembled is the size of a man. To walk among them is to feel you have shrunk Alice-in-Wonderland style. And across the Nile on the West bank in the valleys of the dead are more than 700 tombs of pharaohs and their queens, of nobles and artisans. But even this number, say the experts, may be only a third of the still hidden total. 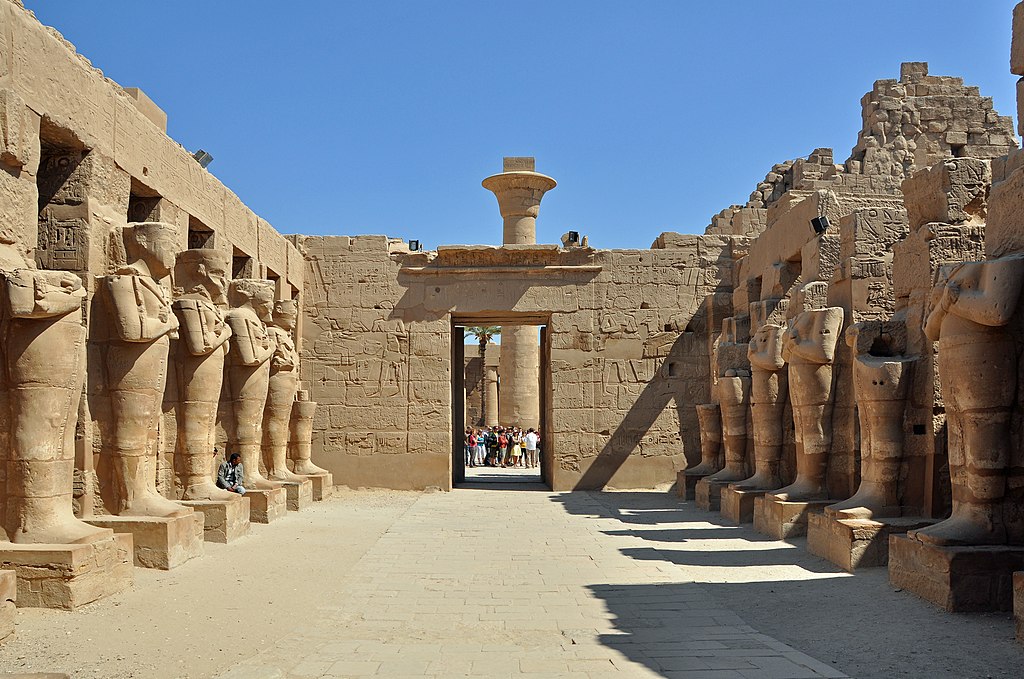 The temples at Luxor and Karnak are joined by a three kilometre avenue of rams’ headed sphinxes. They were impressive, but how much more so would they have been 3,500 years ago when the obelisks were topped with gold and every inch of stone covered with pictures and hieroglyphs in dazzling colours? Ongoing restoration work forbids retouching but even without that it is possible to see from the colours that have been revealed so far just how vibrant they must have been in their glory years.

The country’s dry heat has helped preserve the sites as has the fact that many of them were abandoned for centuries, submerged beneath the silt of the flooding Nile or the sands of the desert and largely ignored.

Three royal tombs are open at any one time plus the most famous of them all – that of the boy king Tutankhamun, discovered in 1922 by the British archaeologist Howard Carter. The house where he lived during his long years of study and searching supported by his patron Lord Carnarvon (whose seat, incidentally, Highclere Castle is the setting for Downton Abbey) is now open to the public and houses the young pharoah’s actual mummy: small – just over five feet – and slight, blackened and shrivelled by mummification, a poignant contrast to the glorious gold death mask, golden sarcophagus and 4,000 pieces of treasure entombed with him.

Carter though must have had a sentimental streak. He found the circle of withered flowers left by the young widowed queen as beautiful as the ‘wondrous things’ and ‘regal splendours’. There was for me something similarly touching in the scenes of domesticity on the walls of the artisans’ tombs. For these husbands and wives, buried together in contrast to the lonely splendour of their rulers, the afterlife was an idealised version of this life with all its comforts and joys and none of its sorrows.

The cruise ended at Aswan where we took a boat across to the temple of Philae. This originally stood on a site which would have been submerged when the great dam was built so it was completely dismantled, each one of its 41,000 stones marked with a letter and a number and the entire edifice relocated to its current location. Only one stone, our guide Tarek shows us, was wrongly placed upside down.

We say goodbye to him before flying to Cairo for a whistle-stop tour of the Pyramids and the Sphinx and the Museum of Egyptian Antiquities. This houses 120,000 items so we concentrate on a few highlights particularly the Tutankhamun treasures.

Cyplon Holidays offer a night in Luxor at the Maritim Jolie Ville hotel, four nights on the Oberoi Philae with full board and an English speaking Egyptologist on all excursions and two nights at the Conrad Hotel in Cairo, all five star, from £2489 per person. Price includes return flights from Heathrow with Egyptair and private transfers.