On safari in Malawi, Africa 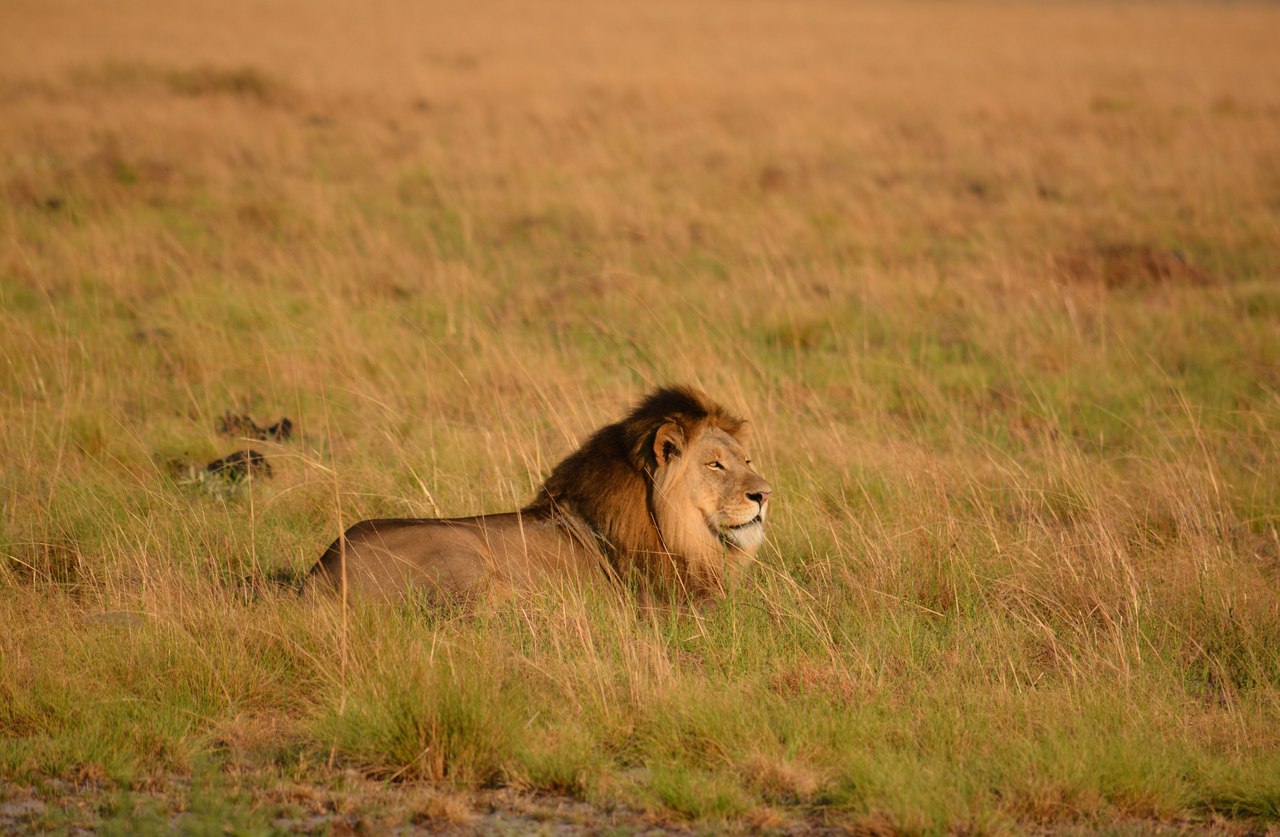 The first time I heard a lion roar, the hairs on the back of my neck stood on end. It wasn’t fear, as I felt completely safe: it was the combination of surprise and sheer delight. In Malawi, such moments are not infrequent. That doesn’t make them any less special, but it’s a definite reason to visit one of Africa’s emerging stars.

The lion in question — a fully grown alpha male — roams wild in the Majete National Park in southern Malawi. Taking a nighttime drive from Robin Pope Safaris’ Mkulumadzi Lodge, suddenly we saw him stalking through the bushes parallel to the road. The ranger’s spotlight was tinted red so as not to startle him, but I’ve no doubt he was already aware of our presence and making sure we weren’t doing anything untoward on his turf. We followed this mighty lion for a minute or two until he finally became irritated with our presence, turned to face us, and roared and roared and roared.

Large parts of Malawi are protected areas, many cared for by the NGO African Parks. Their conservation work had been so successful, in fact, that elephant numbers in particular are outgrowing the land available, necessitating drastic measures. 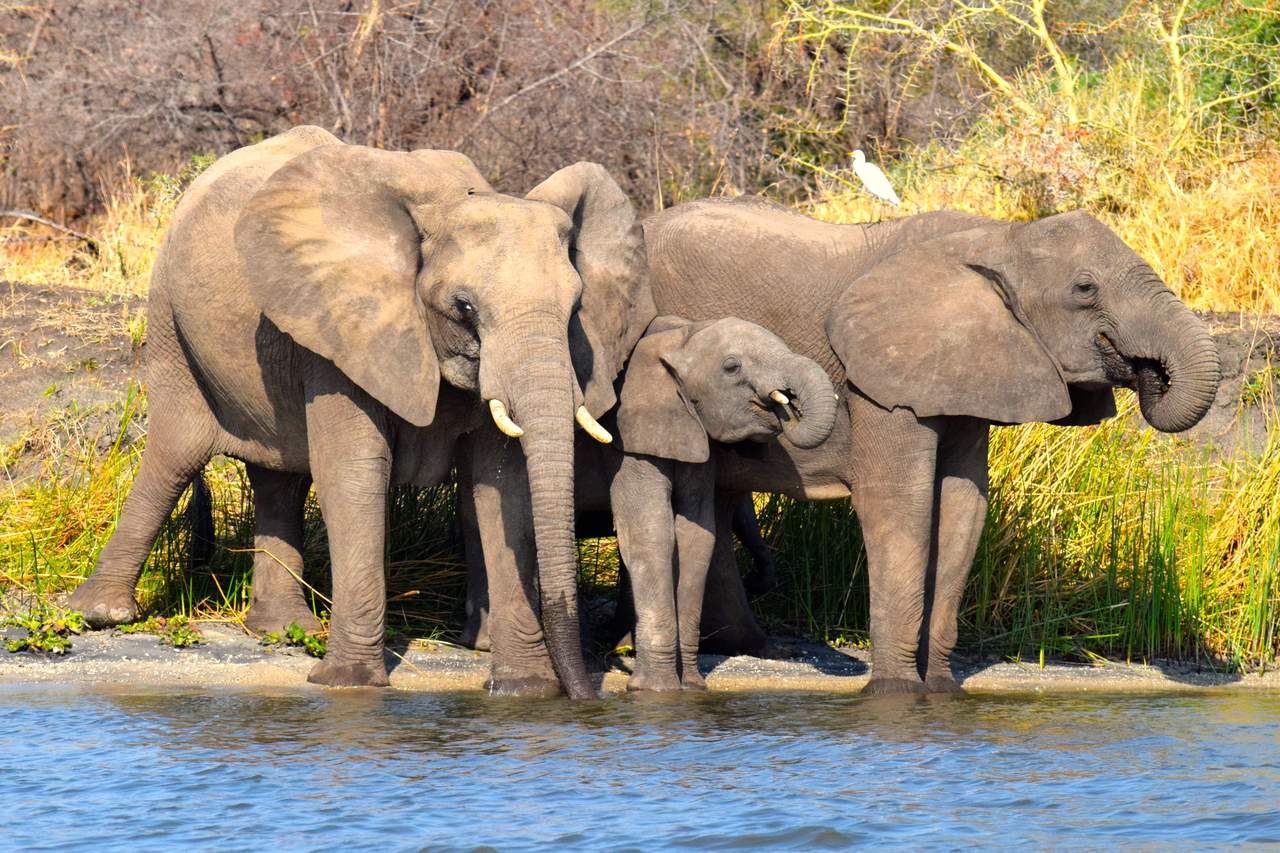 Elephant birth control is in its infancy (excuse the pun), and culling is understandably controversial.

Instead, African Parks has embarked upon the largest elephant translocation project ever tried, moving some 500 elephants north from the Majete and Liwonde National Parks to the Nkhotakota Wildlife Reserve, a recovering ecosystem. Prince Harry is the project’s patron, and was personally involved in the elephants’ logistically challenging relocation.

I’d seen the overcrowding firsthand in Liwonde. Mvuu Lodge takes its name from the hippos in the river (mvuu means “hippo” in Chichewa), but though said hippos are certainly numerous, it’s the size of the elephant herds which is most impressive.

Individuals and small family groups would wander through the camp, occasionally resulting in a stand off with a vehicle, but the best and safest way to see them was from a boat on the river. We’d motor quite close to the riverbank, then cut the engine so as not to disturb them as they came to the water’s edge to drink.

The calves seemed completely fearless; older elephant were a little wary at first, watching us carefully, but were ultimately convinced we’d do them no harm and went about with their business. More and more elephants came out of the bushes, to the point there must have been 40 or so, every one magnificent.

Elephants are gentle giants: unless they feel threatened and stampede, they’re not really dangerous creatures. With hippos it’s a different matter as they’re very aggressive and territorial; they’ve been known even to attack boats.

Are hippos the most dangerous land mammal in Africa?

People will often tell you that the hippo is the most dangerous land mammal in Africa, but my guide, Angel, thinks that statistic is out of date. When poaching was rife in Liwonde, poachers were frequently victims as they strayed into the hippos’ paths after dark. Now that poaching has stopped, not a single person has been killed in the park by a hippo. That has to be a good thing for man and beast alike.

It seems that hippos like challenging expectations. Officially they are herbivores, not even interested in the fish swimming about them as they wallow in rivers and lagoons. But as we motored along the river, stopping now and then to get a closer look at the kingfishers, egrets, and other riverine birds, we came upon a commotion: two crocodiles and a hippo wrestling in the water.

The prize they were fighting for was the corpse of a dead, already slightly bloated crocodile, and all three were gnashing their teeth, thrashing about, and snatching at limbs and flesh. The hippo managed to tear off a large lump of tail and tucked in with apparent glee. It was the first time Angel had seen such a thing, and though rather morbid, it was a privilege to witness an animal at its most wild and primal.

Ours was the only boat in the river that day, and including Angel there were just five people aboard. That feeling of exclusivity is the single best reason to safari in Malawi as opposed to in better known destinations in East Africa. Staying at a lodge or camp, it’s not unusual to be the only guest. When you drive out, take a nature walk, or set sail, you’re unlikely to encounter another person.

There’s a chance you might bump into a ranger or scout checking up on the well-being of big game and monitoring the park for signs of poaching, but other tourists are wonderfully few and far between. The point of a safari is to see wild animals in their natural habitat, and that requires a wilderness unspoilt by the presence of man.