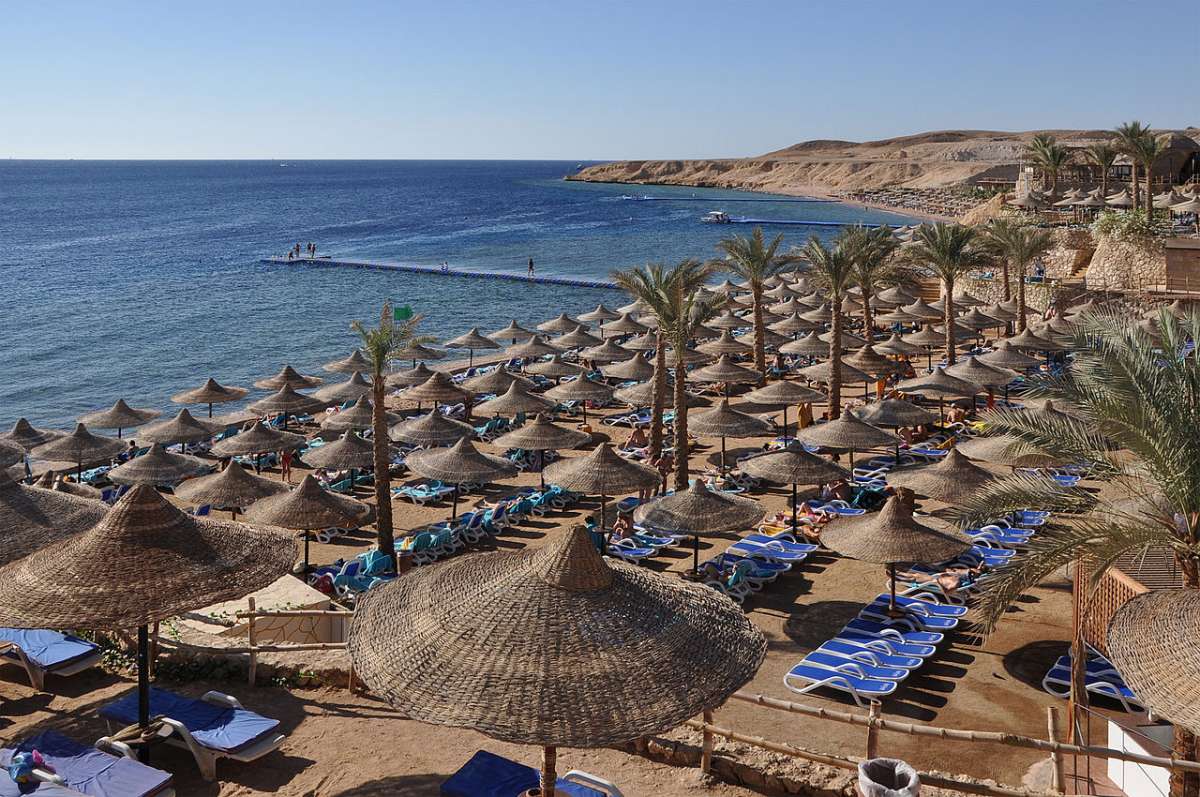 There are a lot of facts to absorb on a Discover Scuba Diving sampler course but I cling on to just two: my instructor is never going to let go of my hand and I can stop any time I want. “I am going to hold on to you as if you were my own child,” says Samir who manages to be both sympathetic to my fears and smilingly sure I can overcome them.

Comforted by this notional security blanket, I squeeze into my wet suit and allow myself to be fitted with all the paraphernalia. Nervously I dip my face into the water and practice breathing through my mouth before taking the plunge and allowing the Red Sea to close over my head.

I am scared, my ears hurt a bit and it is weird to hear one’s breath as bubbles. But within a couple of minutes I realise that what Samir said in our briefing has actually come true: it’s so instantly magical down there that I forget about myself and focus on the fish. There are more than a thousand species in these waters and I must be seeing hundreds of them, some singly, some in big shoals, all dazzlingly coloured and wonderfully shaped. 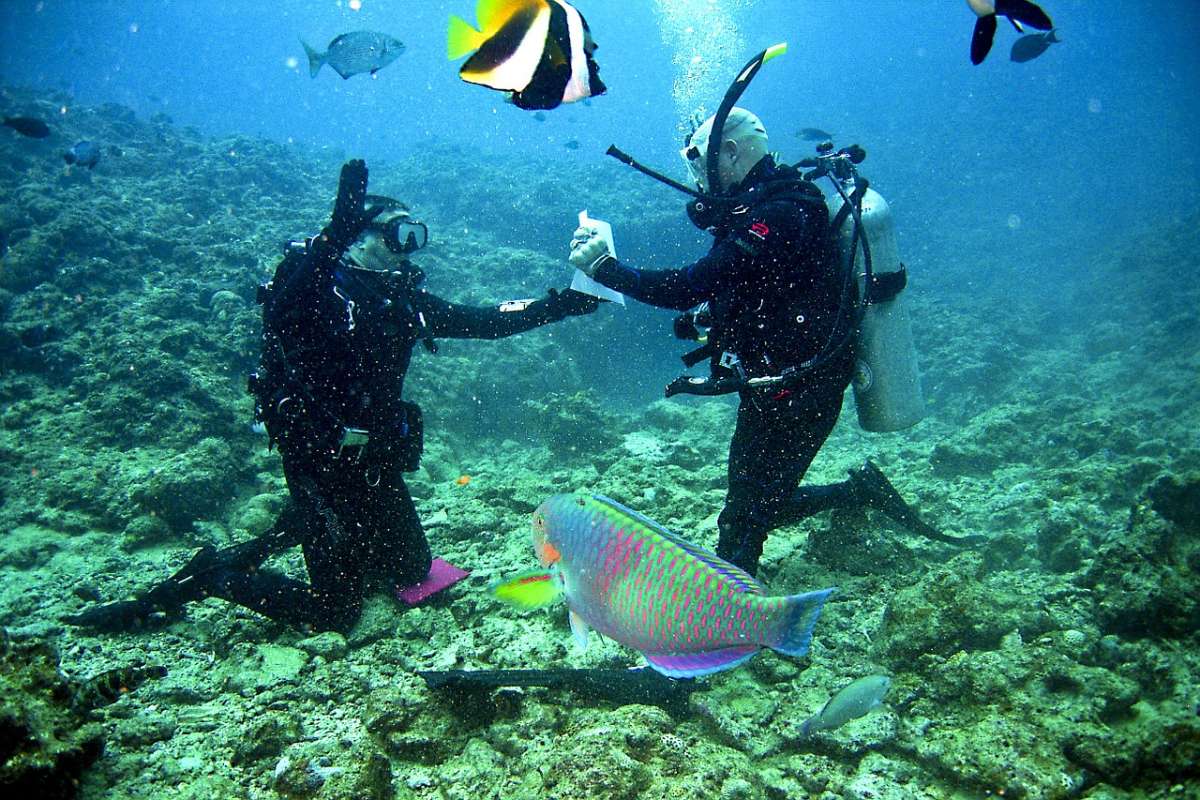 My instructor is still holding my hand but he guides me from behind and above so I feel independent and increasingly confident. I can even remember how to relieve the pressure in my ears and how to give the sign for OK — though OK seems an inadequate response to all this beauty.

Connoisseurs love the Sharm El Sheikh coast for its clear waters, its corals and its colourful marine life. I can add another C factor — its closeness to my hotel. Because I’ve been diving in the Savoy’s house reef I’m only a short stroll — or even a short swagger now — back down the jetty to the cocktail of the day and a lobster lunch.

Sharm is a long ribbon resort, maybe only a hotel or two deep at most points, stretching for about seven miles with the sea on one side and the Sinai desert on the other. There are activities and excursions both wet and dry. So as well as diving we do snorkelling — you can still see a fantastic array of marine life though obviously you don’t have the same other world sensation that you do on a dive — and a pleasant half day cruise with lunch and an escort of exuberant dolphins. The ship sounds its horn and we’re all encouraged to clap and cheer and holler — apparently the noise attracts them.

On dry land we ride camels up to Echo Valley to shout our names and laugh when they bounce back. I learn an amazing bit of camel trivia: they have transparent inner eyelids which they can close against a sand storm but still see.

On our return, our Bedouin hosts mix flour, salt and water into a thin pliant dough and cooks it on a convex sheet of metal over a wood fire. We eat it with sheep’s milk cheese and sweet herb infused tea. They live in tents, they tell us, but still show off their new iPhone 5S. On another afternoon we swap four legs for four wheels, swathe our faces in checked keffiyahs against the dust and gleefully bounce quad bikes over sand and rocks for a couple of hours.

At first sight on the way from the airport this had seemed rather monotonous scenery. On closer contact though it looks amazingly dramatic, the mountains rising from the scrubby plain like knives against the sky, their colours changing with the light and the time of day. They stretch rank upon rank into the interior, a reminder of the scale and ancient mysteries of the Sinai peninsula.

This, after all, is where Moses received the Ten Commandments, where he saw the burning bush (St Catherine’s monastery, a four hour drive away, is said to mark the spot) and where Mary and Joseph fled with the infant Jesus, refugees from the wrath of Herod.

The resort itself, of course, is dedicated more to the pleasures of the flesh with sun-bathing, swimming and other water sports, spa treatments, shopping and general jollities in casinos, nightclubs, pubs, cafés and restaurants. Adjacent to our hotel and owned by the same businessman is Soho Square, a monument to Emad Aziz’s love of England where he was educated and where he spends part of the year. So you get this rather kitsch combination of statues of Churchill, red telephone kiosks and a Queen Vic pub alongside statues of pharaohs. There are eating places with cuisine from around the world, an ice bar, an ice rink, a bowling alley, a disco, a ‘culturama’ cinema about ancient Egypt and shops where they have obviously been schooled not to hustle customers.

They do though still engage in the age-old tradition of bartering: you can get one of those leather handbags for around £20.

Earlier we have visited the town’s Al Mustafa mosque which can accommodate 2,500 worshippers. Non-muslims are not allowed beyond the courtyard but we listen there to the call to prayer and gaze at the evening star with a sliver of moon rising above the minarets and it’s all rather spine-tingling. Not far away is the Coptic Heavenly Cathedral where almost every inch of the interior is lavishly illustrated with Bible stories. It took two artists and a team of 17 assistants two years to paint them.

The cathedral was only finished in 2010, a tangible reminder of just how new this town is, the result of the 1978 Camp David peace agreement between Israel and Egypt and the demilitarisation of the Sinai. Before then it was a fishing village of maybe 2,000 souls, today it has 10,000 plus as many as 40,000 visitors in high season.

Sharm El Sheikh is obviously not the ‘real’ Egypt either ancient or modern: it’s not for those who want mummies and museums, the Sphinx and the Pyramids. What it does offer are good-value-for-money deals in a sunny international playground where you can be as idle or as active as you please.

What happened to this cruise ship is amazing! Watch the video